We both knew it was coming, but I don't think it played out exactly how either of us imagined, but that's totally okay. My mom had offered a family ring for an engagement ring, so she shipped it to us when we got to that point, and I had a jeweler resize it. Anthony's plan was to propose on our upcoming trip to Europe. I was too scared to bring an irreplaceable ring with us, so I told him to get a decoy. He wasn't pleased about proposing with a fake ring.

That night we'd attended an arena football game with Anthony's dad and sister.  I mentioned that I had picked up the ring that day, and Anthony wanted me to give it to him. I was like - really, right now?  We had driven to the game separately, so he asked to take the ring and have me meet him at my place, and he'd be there after a little while.

He showed up at 1030pm with a bouquet of roses and asked me to come with him. We held hands walking to the car, both nervous and knowing what was about to happen. Except I didn't know where or what he had planned, since Europe wasn't happening.

We got in the car and he turned on some Moth & the Flame, since we'd reconnected at their concert a year earlier. We started driving west and ended up in the parking lot of the refugee agency where we'd very first met in August 2015. We pulled back behind the building and got out of the car, Anthony said some lovely things to me, got down on one knee, and asked me to marry him.

We took some selfies with the post office cars behind us - super romantic, huh? 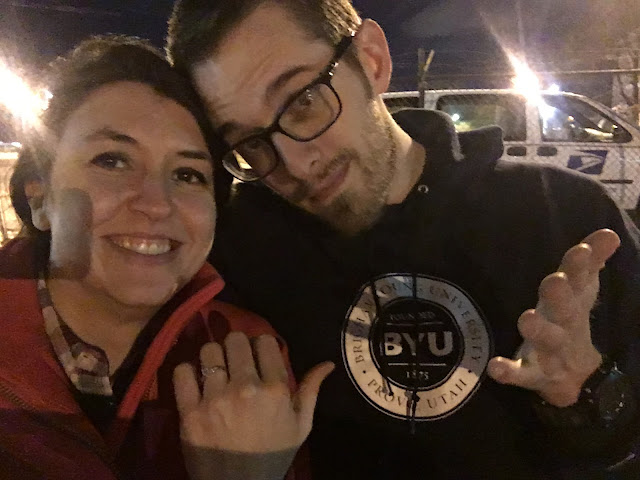 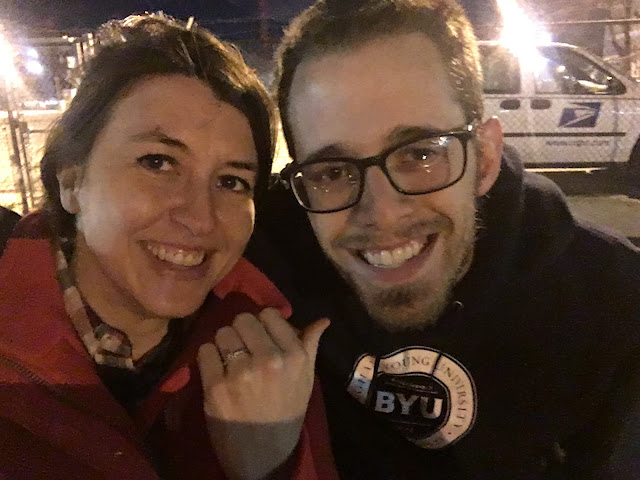 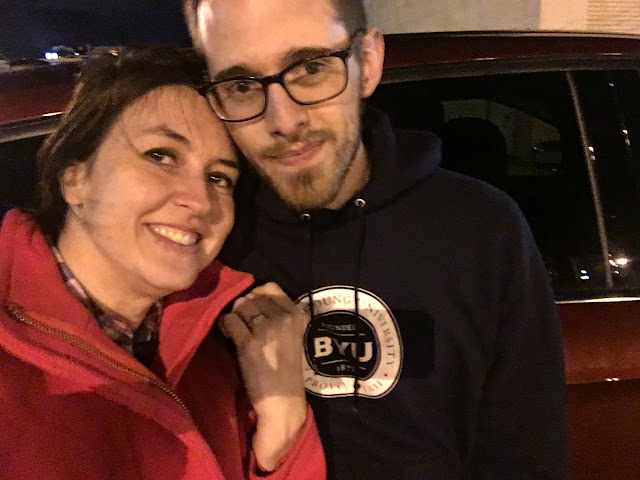 Those roses are still hanging in our kitchen, dried and lovely as a reminder of that day. And I'll also mention that I'd already purchased a wedding dress, sorta found on a whim in January when Meghan was in town visiting. We went shopping for fun, and I found a dress I actually loved and figured that since they take a long time to order and get, I should maybe get it. My mom flew to Utah a couple weeks later to officially shop and purchase it with me. No pressure, Anthony. Your crazy girlfriend bought a dress before you proposed. It's all turned out for the best :)
- July 31, 2018

Wednesday April 1 It's finally April! March was such a crazy month.  Hello Fresh has been nice to have during these times. We usually on... 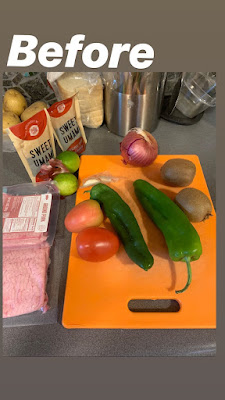