Super proud of The Moth & the Flame and their full length album - it's finally out! I feel like I've heard these songs for a couple of years now, and it's nice to have it in my hand.

Their album cover choice is super cool - check out the first mother in space - which goes along perfectly with being Young & Unafraid. 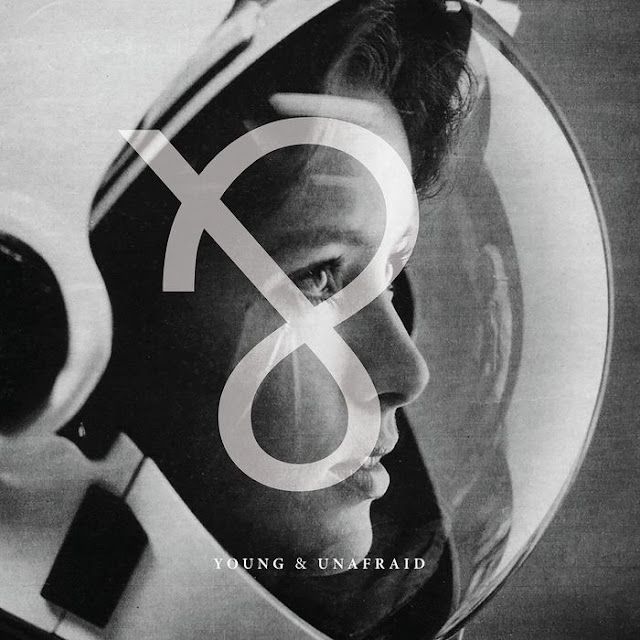 Road Trip to the Sun Tunnels

So the Sun Tunnels is a large artwork out in the middle of  nowhere Utah, which I'd heard about and figured I'd see someday, but hadn't really made any strides in making any plans. You're supposed to go at solstice time, when the sun lines up through these tunnels out on the ground. If you wanna read about it, go here.

Ty emailed a few people in December about going for winter solstice, with the plan of camping out there so we'd be there for sunrise. If you know me, you know I can camp for about one night a year, and definitely not during winter. And definitely not in a place that's just a plot of land with absolutely no facilities or anything resembling a town nearby.

We negotiated - I said we should just stay in Wendover at a cheap casino motel since we'd have to drive through there anyway, and then get up early and drive to the tunnels. He got on board with that, since I'm smart. We made plans to go Monday night, so we'd be there for the morning of the 22nd - solstice day. Except as we were about to leave SLC, we realized it was cold and stormy, and what if we went out there, and it was cloudy and we couldn't even see the sunrise? We decided not to take the chance and waste our travels.

The next night, we'd go. Except he had a family thing, and I maybe had something, but! Sunrise wasn't until right after 8am or so. And with a four hour drive, we could easily leave at 3:30am and make it perfectly. Also, if you know me, you know I'm not a morning person. But I agreed. Yep. I'd get up at 3am.

Ty picked me up at 3am. I requested silence. And freaked out a little as snow storms rolled in and we could barely see the freeway. And we slipped on roads in Wendover, while getting breakfast. But no worries in a 4x4 pickup, right? I was still nervous. 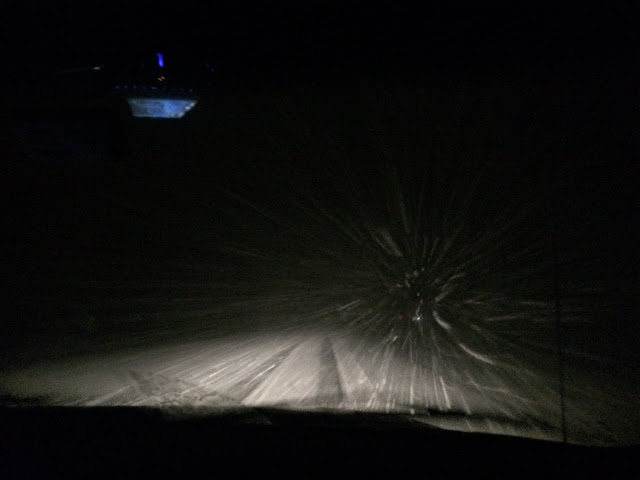 We turned off the main road and tried to follow loose directions to get to the site. We were in the middle of nowhere. Nothing around. But we made it! And here's the cold proof. I guess everyone else did make in on actual solstice day, cause we were the only ones around.

And now, a bunch of photos.

Starting to see glimpses of light.... 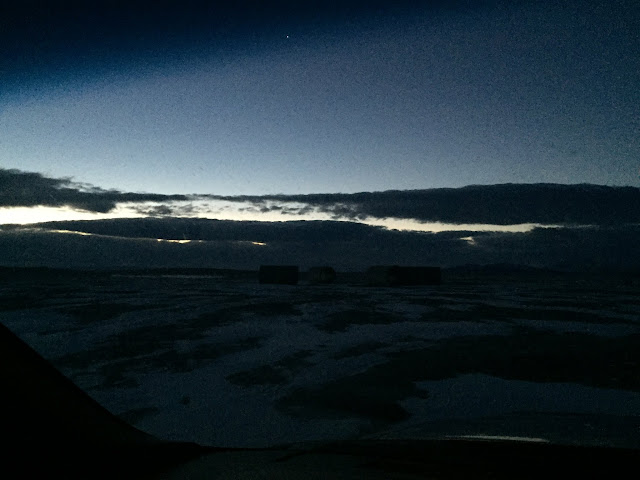 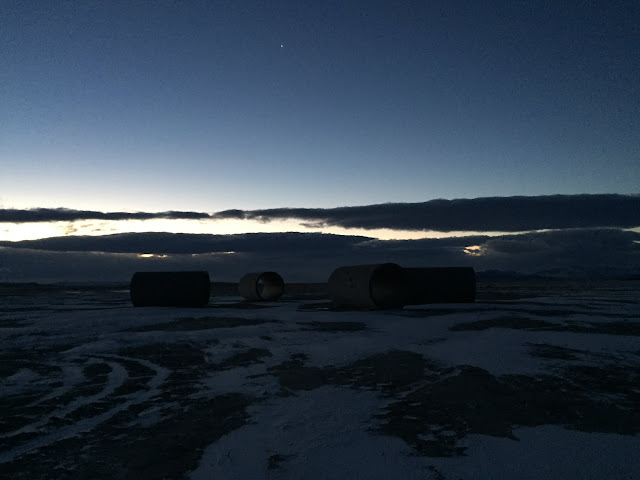 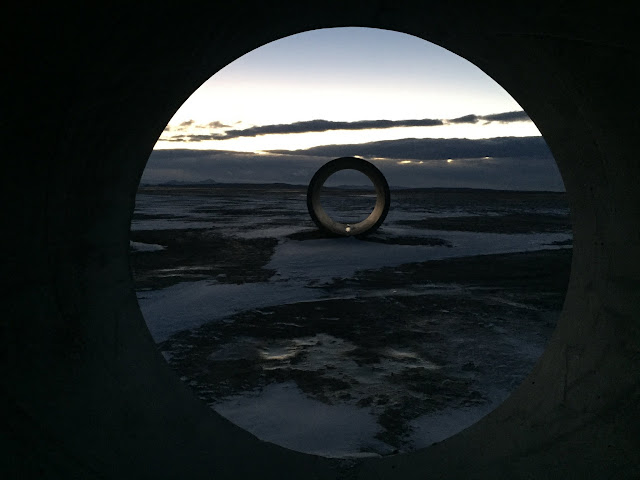 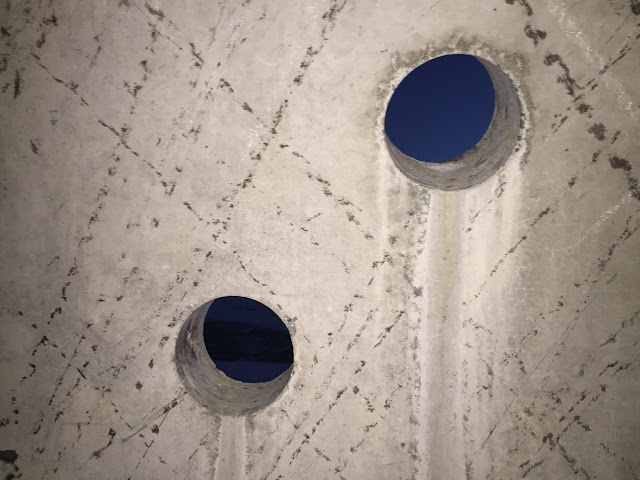 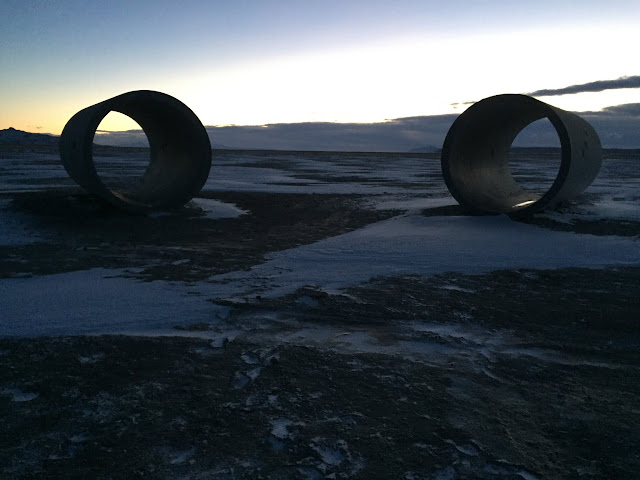 We'd take some photos and walk around, then have to get back in the car and get warm. It was really cold. And I hate cold. 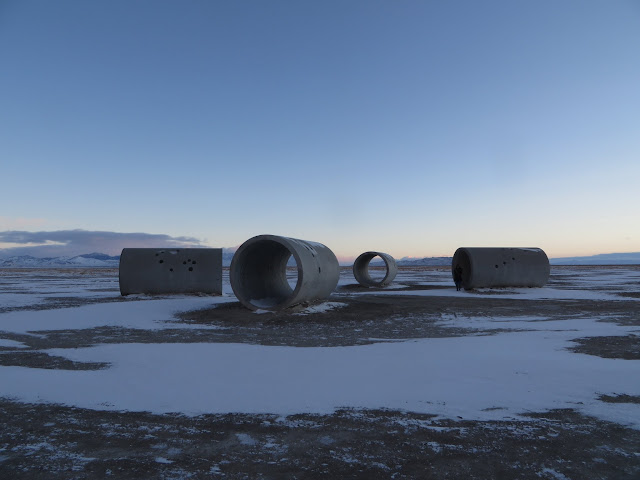 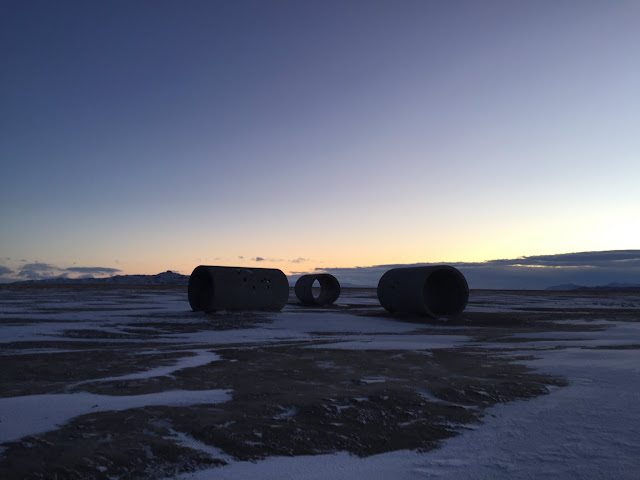 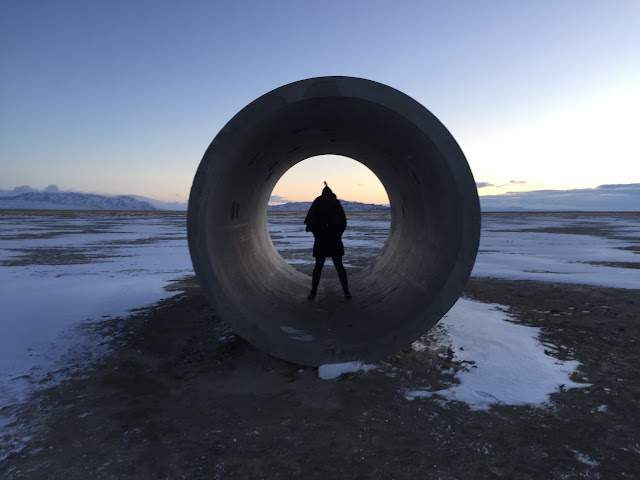 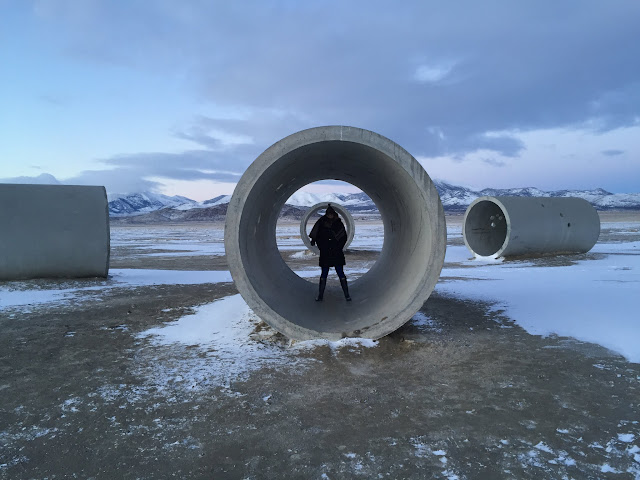 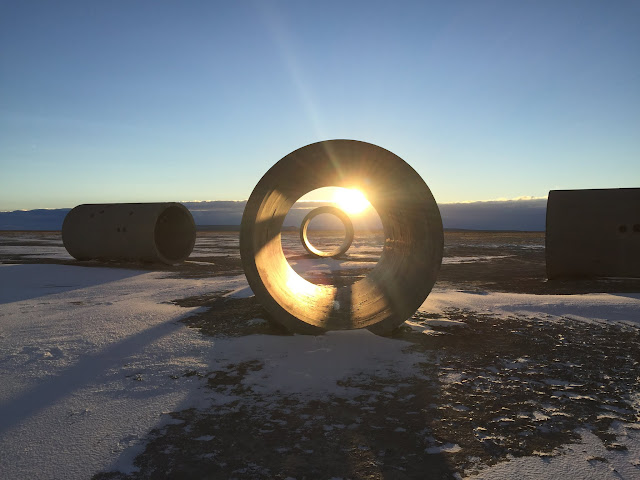 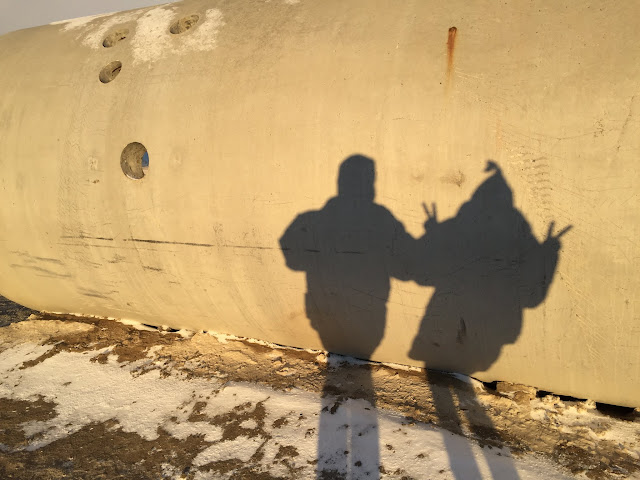 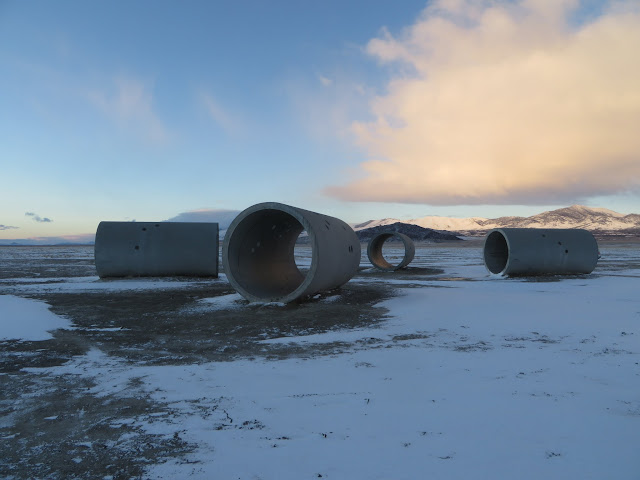 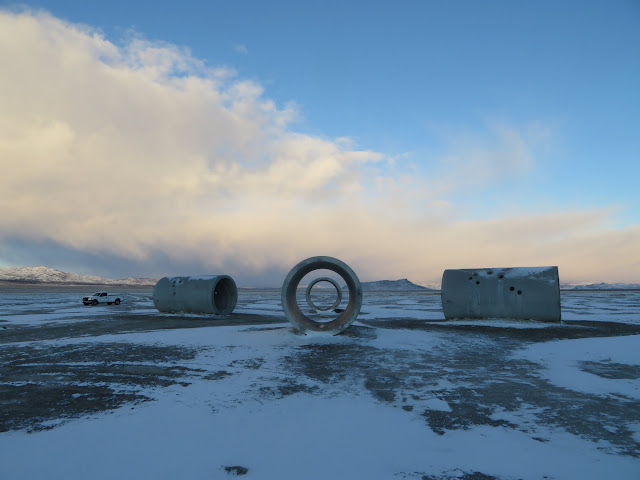 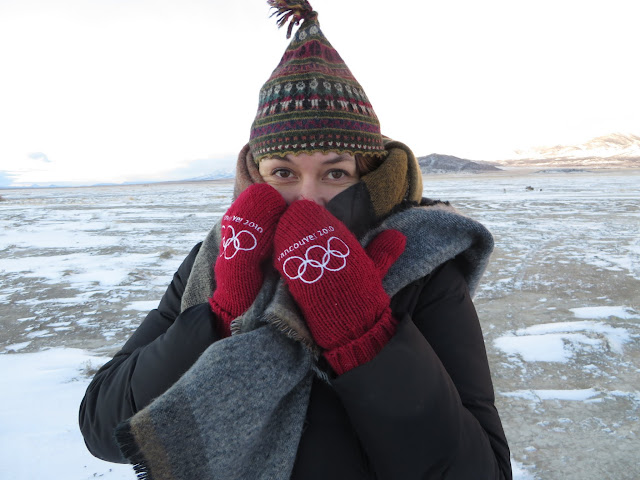 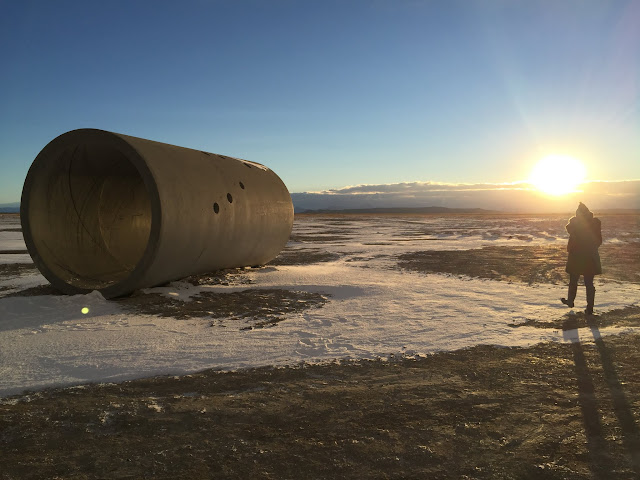 There really is absolutely nothing around. I'm so glad we didn't camp there. 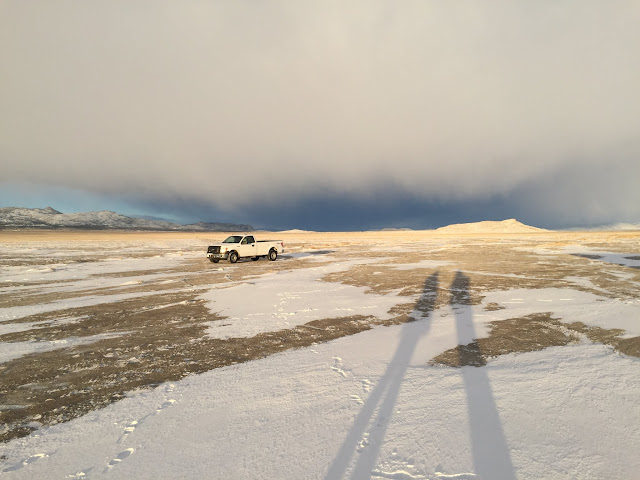 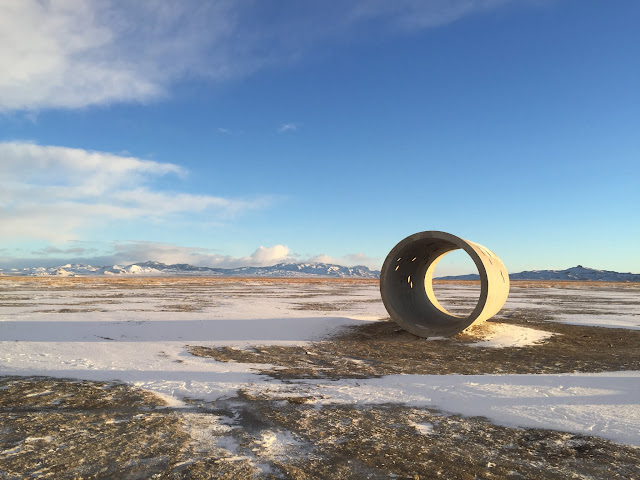 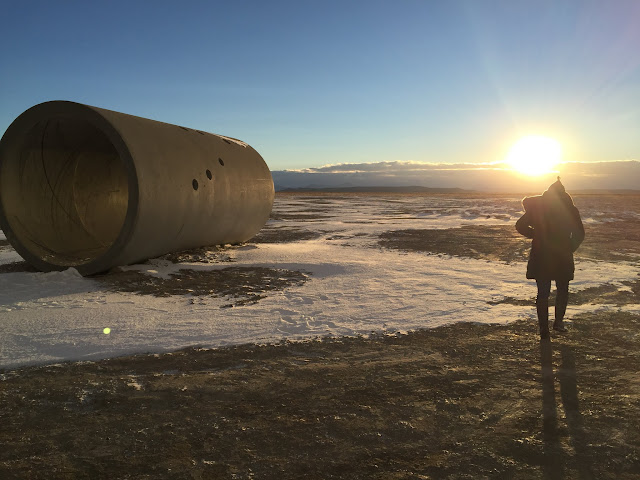 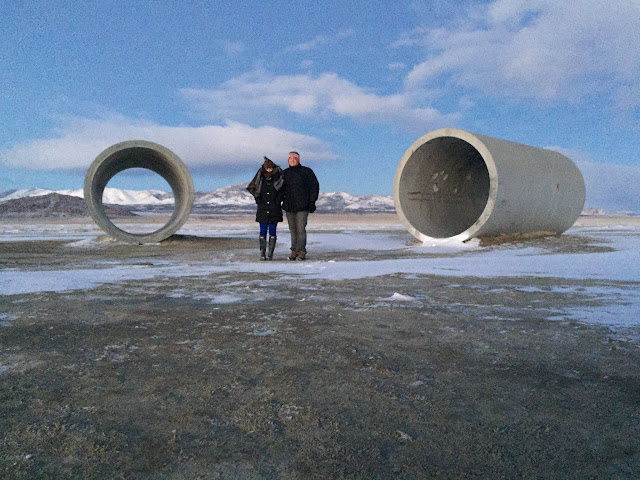 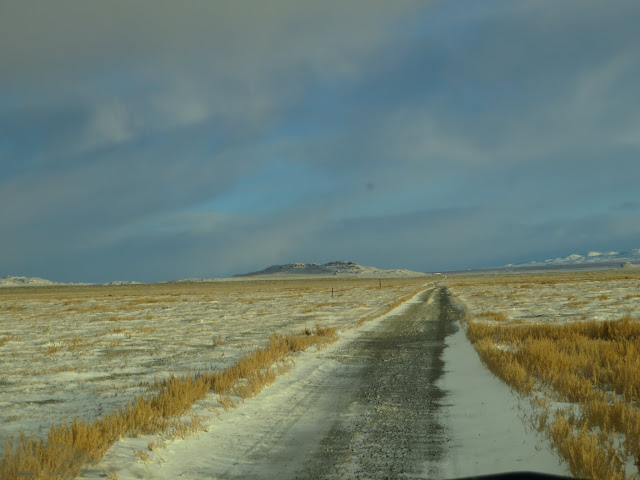 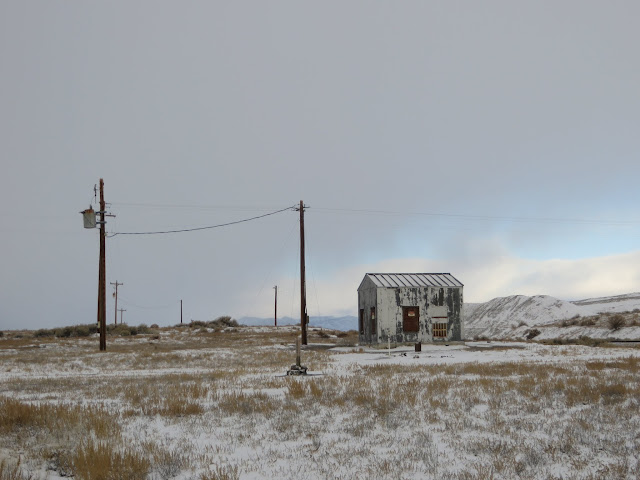 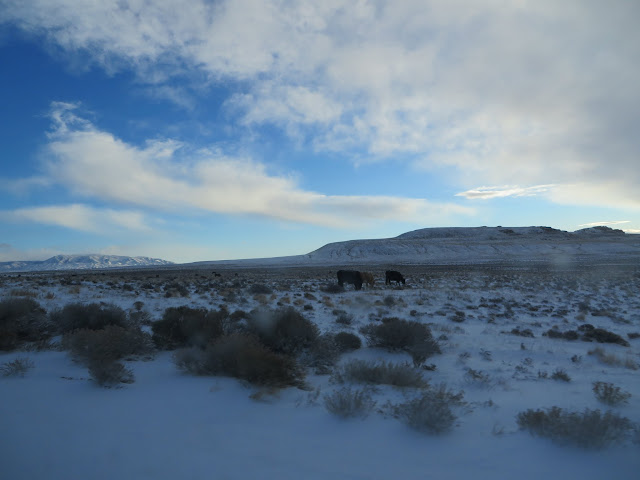 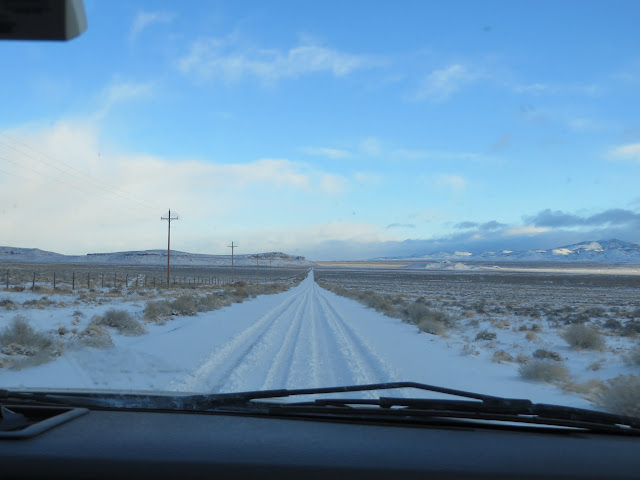 Snow storm was rolling in from the west the way we had come, so we decided to go north and east to escape. We basically drove up to almost Idaho, then came down I-15. Weather was clearing, but roads were wet, and there was a quick stopping on the freeway. Ty pulled off to the left side of the road (we were in the far left lane) so he'd have more room to stop, and the two cars behind us piled up into the car that was in front of us. No one was hurt, thankfully, but seeing a few cars pile up when we could've been smooshed wasn't a good feeling. Thankfully we made it home without any other incident.
- February 07, 2016 No comments: