Mom and Dad flew into SLC late on the 23rd. I had my guest room all prepped and ready for their visit. 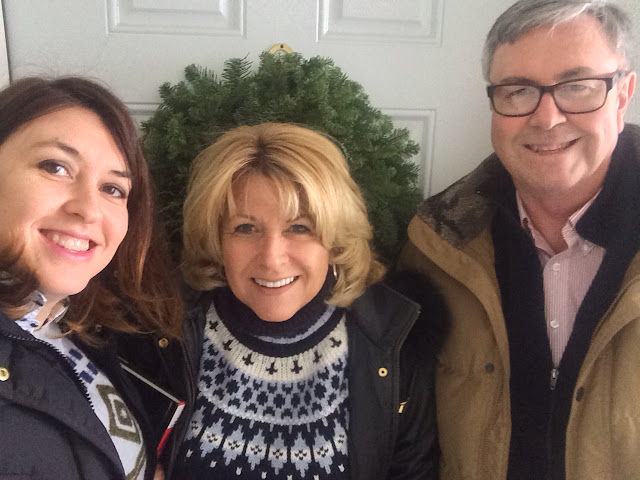 The next day we did a little shopping around town. I got new running shoes (which I am loving!) and some sugar cookies at Birdie's pop up shop. Best sugar cookies around!! We lucked out getting lunch at Moochie's, just as they were closing up for the holiday. 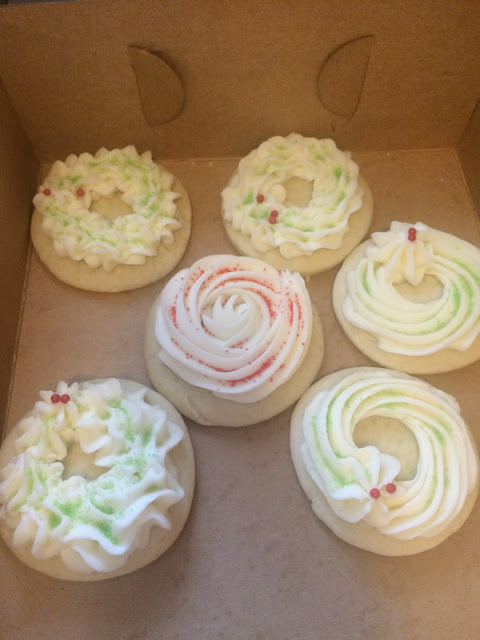 Taylor's crew came over in the afternoon.

Hallie got to ride the grandpa horse. 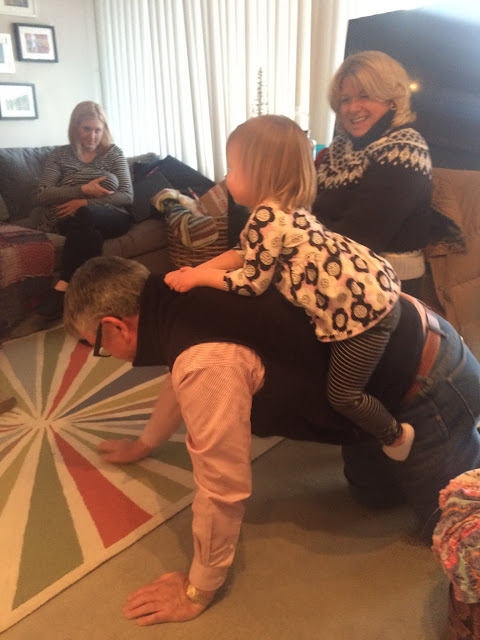 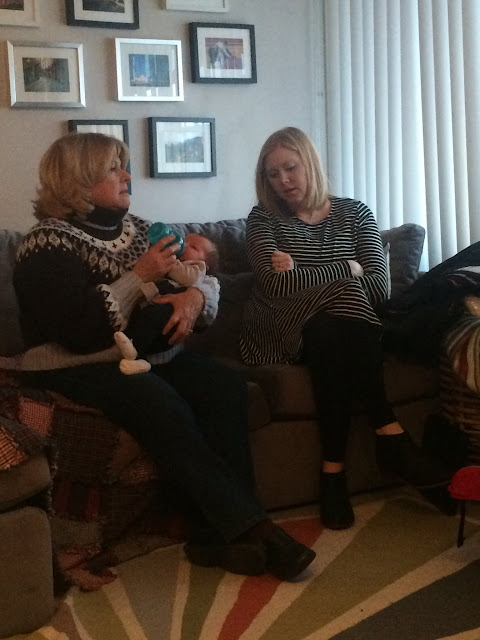 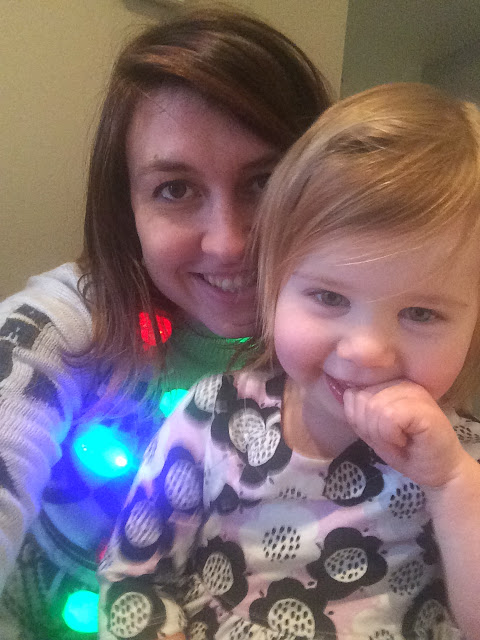 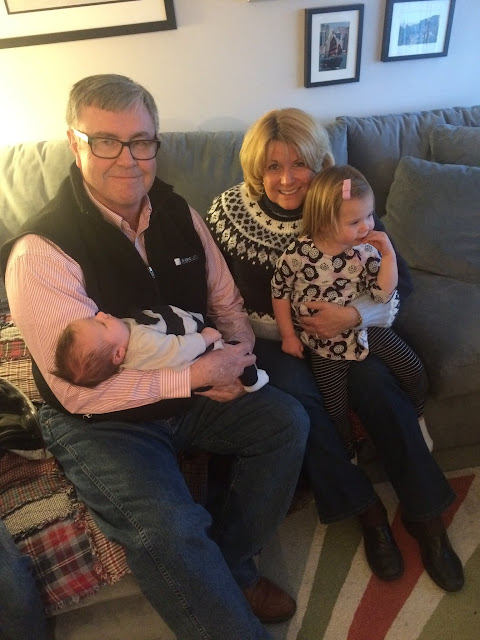 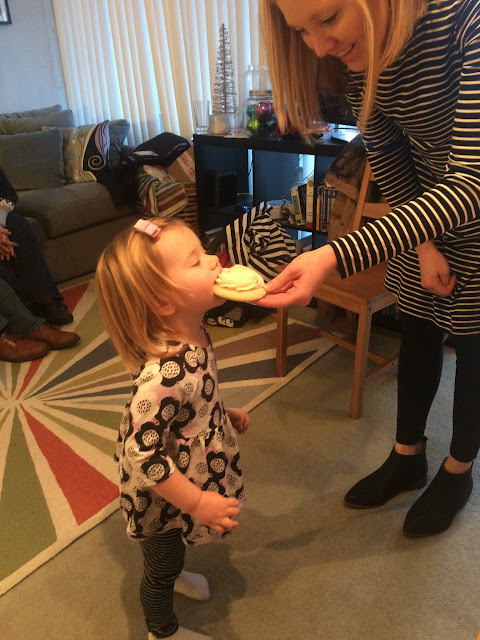 Taylor and Courtney left for a party (which the rest of us would crash later) and I took mom and dad downtown to see the lights at Temple Square. 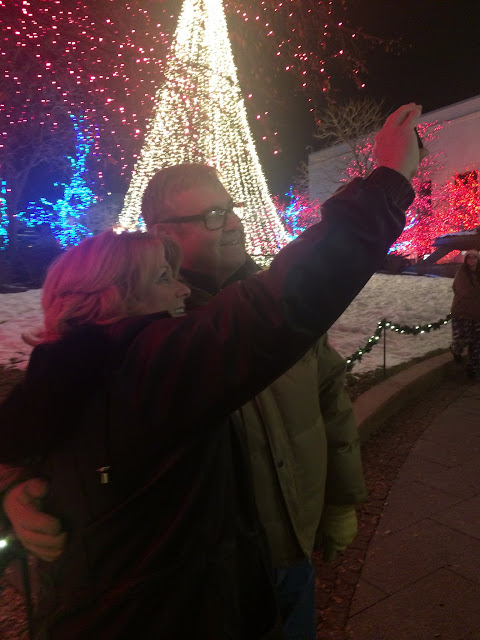 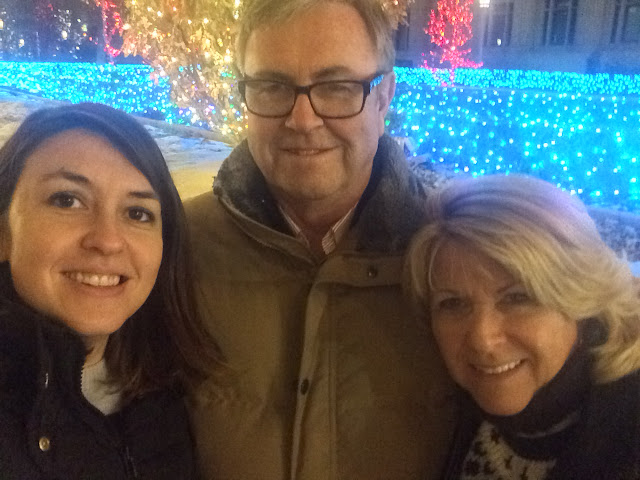 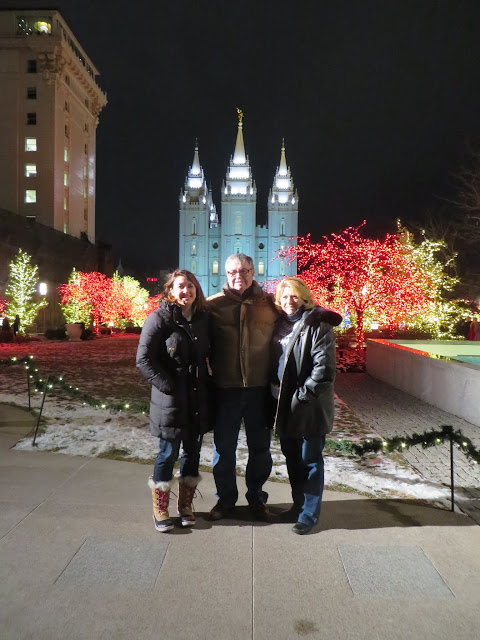 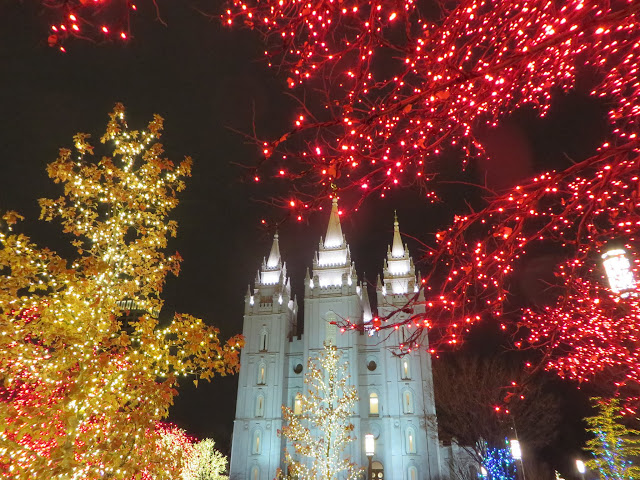 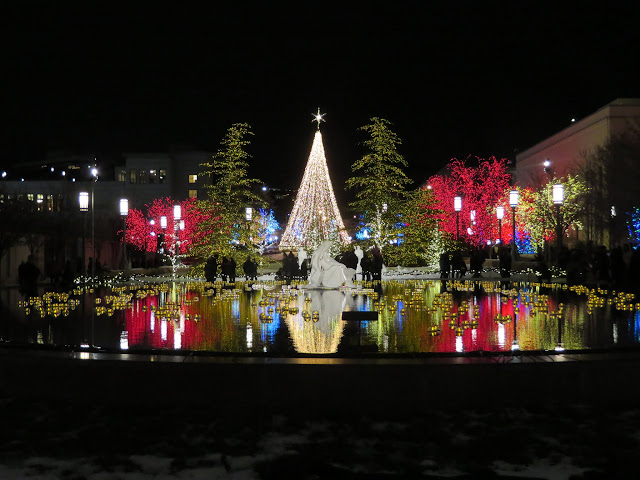 We went to Courtney's grandparent's house that evening for their annual Christmas party. Also a fun time with their gang. When we left around 10:30pm to head to Taylor's house down south, it had started to snow. On the freeway it turned into a full on blizzard. I was driving 20mph and dad was hanging out the window trying to clear the ice from my windshield. Taylor lives up a hill and told us to park at the high school down below and he'd come get us. Dad told me to just keep going on the unplowed roads. I hated every second of driving, barely had any control over the car, but somehow we made it up to their house! The next morning was a full on white Christmas.

I had ambitious plans of making a Christmas video -  but nope. It didn't happen. So you only get a few photos. 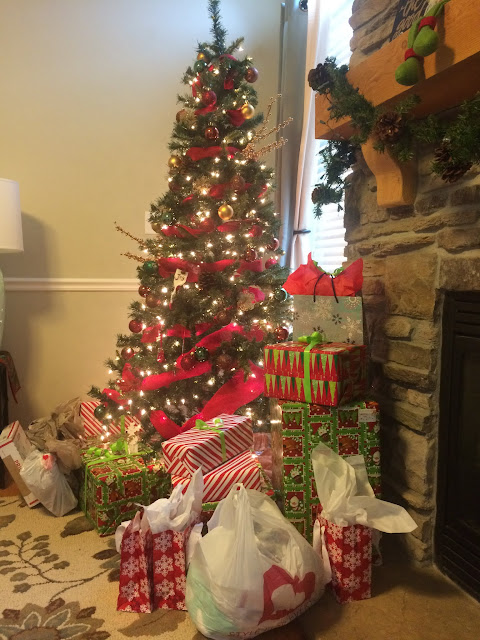 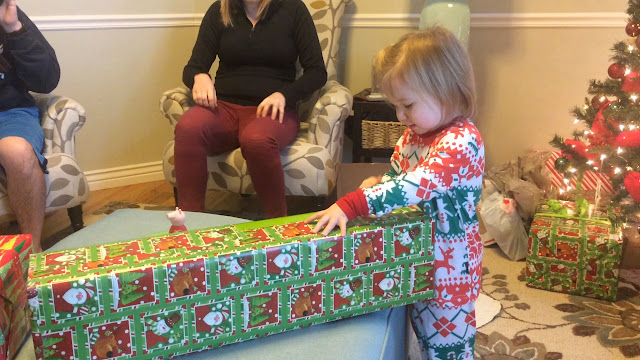 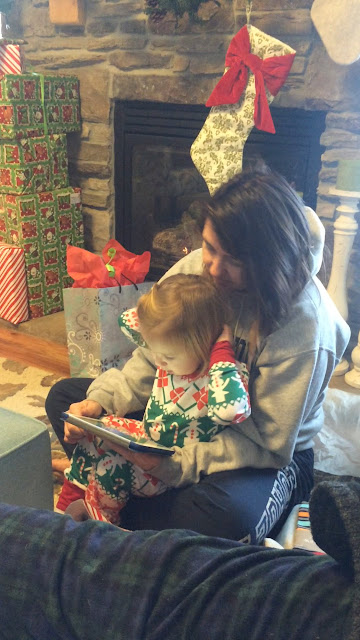 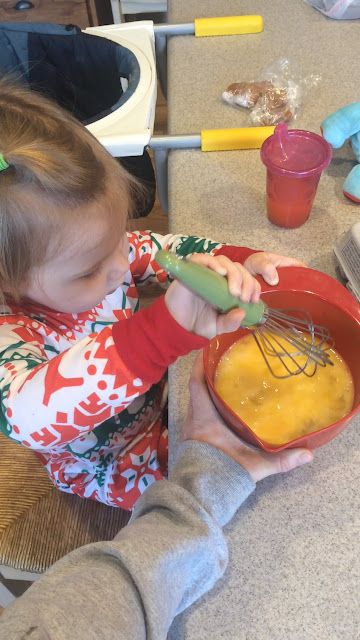 We lounged in pajamas all day. It was awesome. 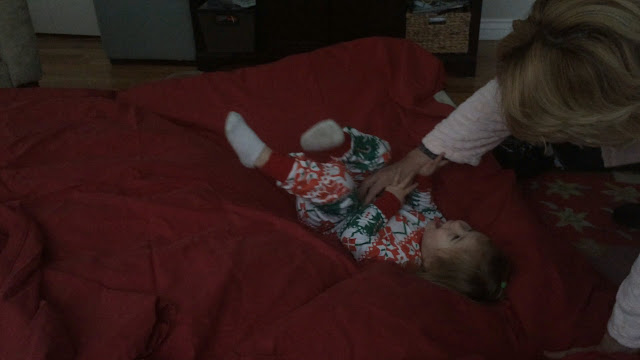 I slept in the quiet basement and caught up on TV. 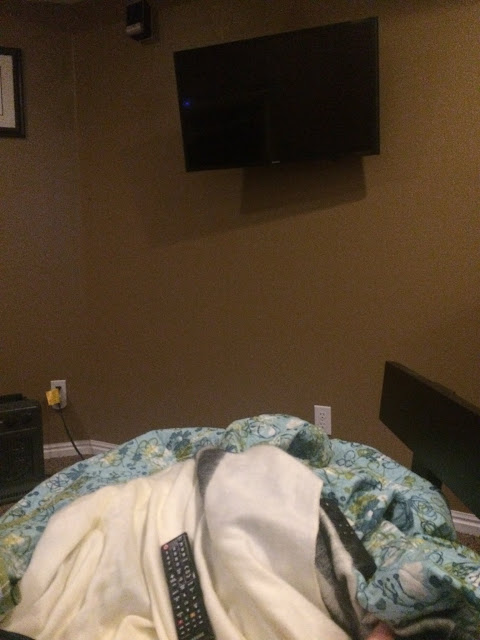 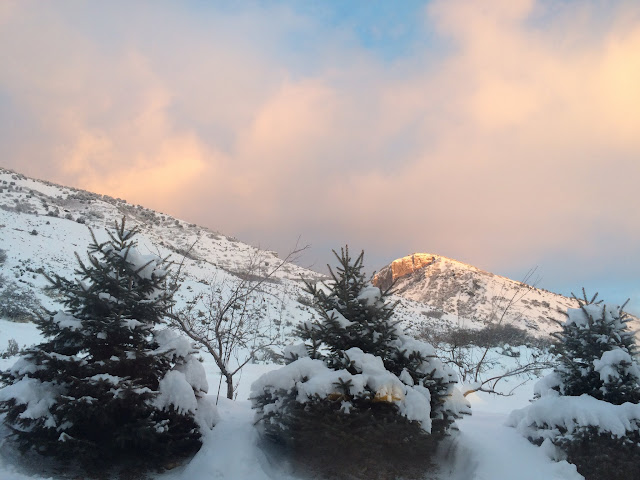 On Sunday was had Quinn's baby blessing. Taylor planned to smoke some chickens in his new smoker for the meal after, but worried that since it was so cold outside, the smoked wouldn't be able to keep the temp hot enough. It worked just fine and we had the best chicken. 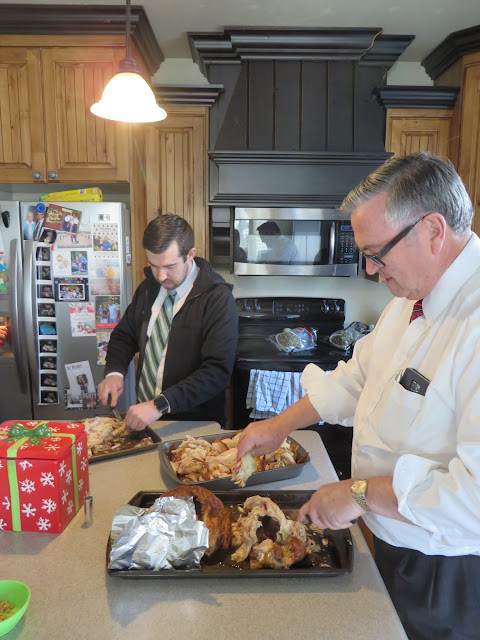 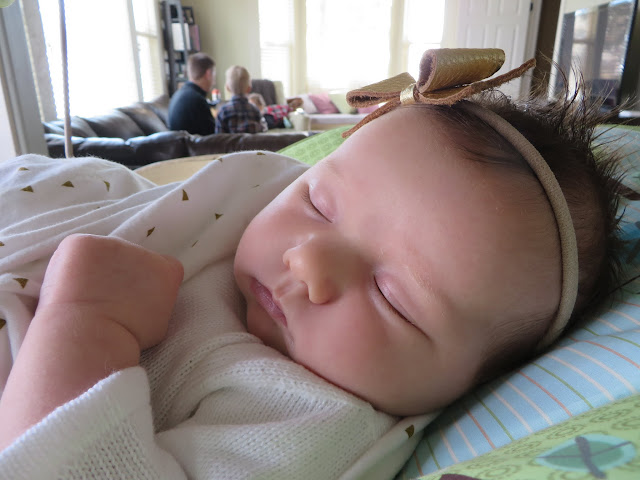 Hallie has so much fun with her cousins. 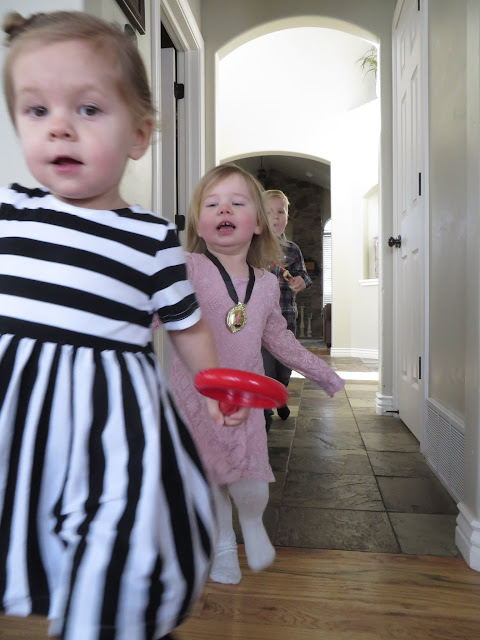 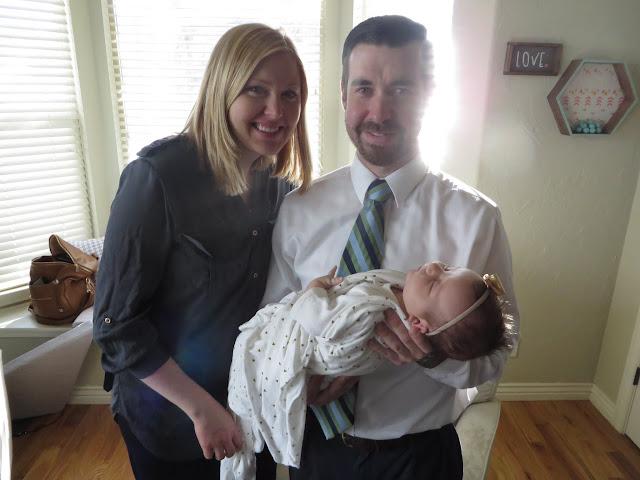 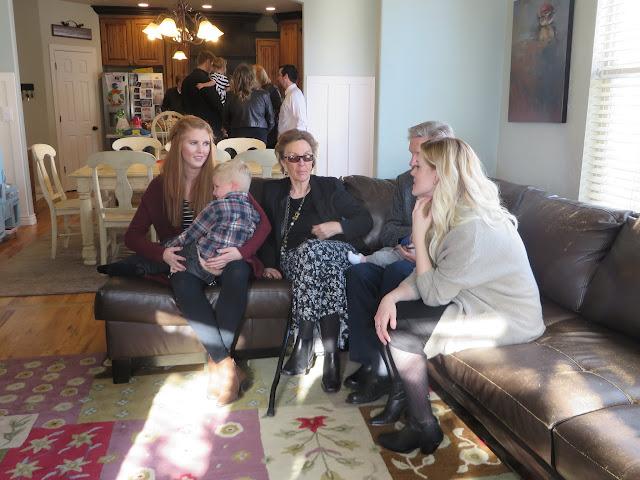 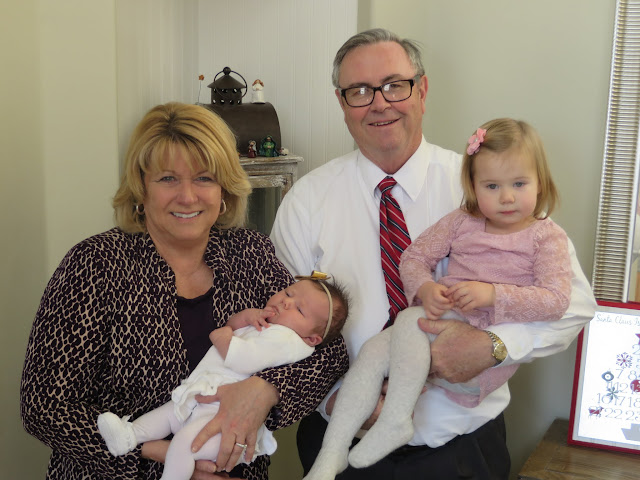 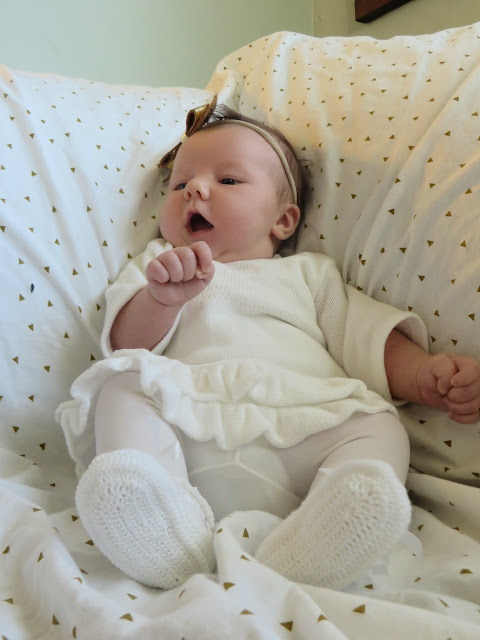 Post-Christmas stuff - Mike was in town and stayed over one night. 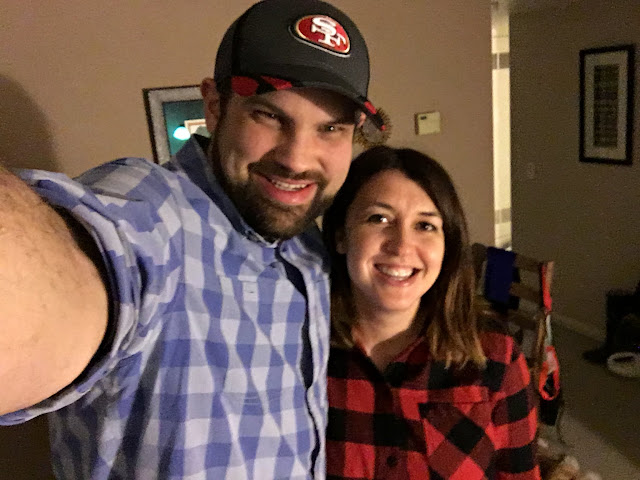 Jason and I were working from home that week, so we met up at a coffee shop instead. Don't know  how much work we actually did.... 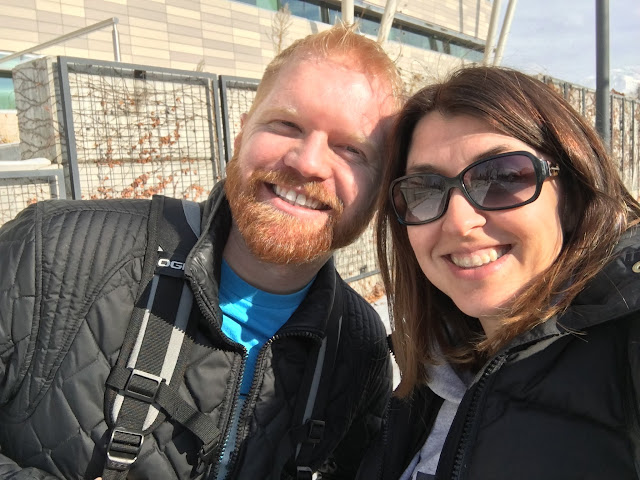 Azhar gave me tons of lemons, and what else is there to do but make lemon bars? Marcello was around too - he helped me get a new iPhone. It was time to upgrade. Matt B was in town and we had lunch downtown. I do really love all the Utah visitors over the holidays. 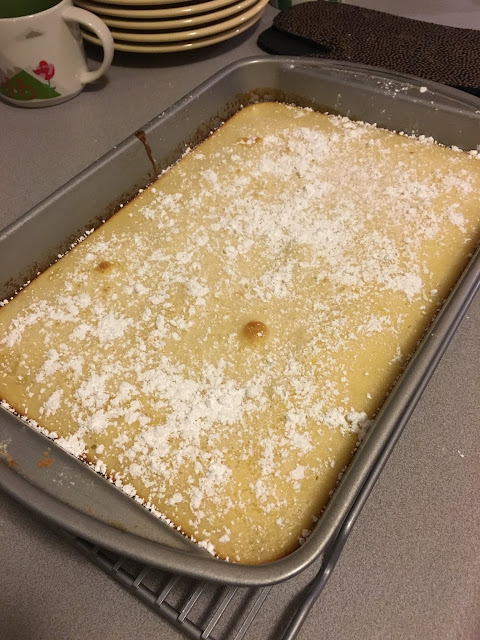