Coldplay was amazing, Thanksgiving delicious and now I'm buried in work over the weekend trying to catch up.....it's gonna be a long couple nights.
- November 30, 2008 1 comment:

I couldn't stop laughing when I read this article about the sinking Maldives. Love the sense of humor over at the Economist. Granted, this is somewhat of a problem since I'd love to visit the islands before they go under but.....

LOSING one's home is a sadly common experience in these dark economic days, but it normally happens at an individual, rather than a national, level. The residents of the Maldives, however, face collective homelessness as a result of rising sea levels, which are expected eventually to engulf the 1,200-island nation, whose highest point is 2.3 metres above sea level. Faced with this alarming prospect, the country's new president, Mohamed Nasheed, has come up with an equally dramatic solution: put aside some of the Maldives' tourism revenues to buy another homeland.

Anyway, they may not want to be absorbed into a larger nation. They might prefer to stay together to maintain their community spirit and traditions of folk-dancing and imprisoning political dissidents. So a solution as radical as Mr Nasheed's may be the only answer.

It's a buyer's market in property these days; and, if the Maldivians are looking for an island, Iceland is said to be going cheap. But they may be spoilt for choice: think of all the tiresome bits of territory that other countries would like to offload. The snooty English, for instance, have long disparaged Wales, which they caricature unfairly as being populated mostly by Methodist preachers and disaffected sheep. It might be a challenge to persuade the Maldivians to swap their palm-fringed paradise for Llandudno pier on a wet Sunday afternoon; still, a bit of adroit marketing, focusing on the height of the hills, Catherine Zeta-Jones and Anthony Hopkins (both sadly no longer resident) might do the trick.

If they clubbed together, they could get somewhere really nice—Florida, maybe. China could stop making aggressive gestures towards Taiwan and buy Malaysia instead. It's already run by Chinese, so they'd hardly notice the difference. And Barack Obama, committed to uniting America, could defuse the nation's culture wars by purchasing an alternative homeland for those of his countrymen who want more use of the death penalty, less gun control and no gay marriage. A slice of Saudia Arabia's empty quarter would do nicely: there's plenty of space and the new occupants would have lots in common with the locals.

The British are familiar with the notion that, if you're bored at home, you grab somebody else's country; but recent experience suggests that invading places can be expensive and troublesome, so a market solution seems a better way of dealing with national dissatisfaction. The British are, let's face it, fed up with their damp little country. Instead of renting villas in Tuscany, they should buy the place; instead of complaining about the weather, they could complain about Silvio Berlusconi. The Russians suffer from too much crime and too much snow; the Gulf Arabs from too much heat and too little fun. Both should think of buying a temperate, orderly city with decent nightlife, such as London. Wait a minute…
- November 24, 2008 No comments:

Brightest Young Things just posted about one of my favorite East Coast bands, the French Kicks and had a little live session with the interview.
I miss their semi-regular appearances at 930 or Black Cat, and somehow I doubt that they'll ever visit Phoenix.  I've seen them many, many times, even if they're opening for a band I don't really care for.
I once dragged Tim to see them with me and as soon as they came on stage, he turned to me and exclaimed, "Oooh, the leader singer is just your type!"  That may be partially true, but that's not why I love them.

My cuddle partner from last evening, who's probably taller than I am. Love this dog. And he loves me better than almost anyone else who's home at the time.  (No, he's not mine.....) 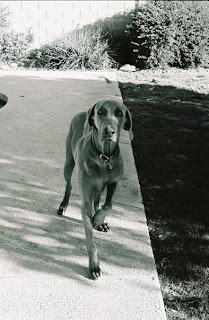 Almost but Not Quite

I ate a brick for dinner tonight.  Bleeeh.  I'd been craving it for awhile and seeing that I eat one only every couple months, I downed the whole thing, slowly but surely.
I was worried the the sparkling lime water that I accidentally froze wouldn't be the same when it thawed, but it's okay.
I almost bought a new car last weekend.  This one. 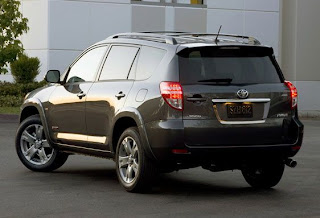 I don't need one.  I don't particularly want one, seeing that I still hate the fact that I don't live in a place with adequate public transportation and I'm stuck making a car payment, insurance and buying gasoline. But when car salesmen saw me sitting in the dealership waiting for my 2007 model to get an oil change, they figured they'd pounce anyway and convince me to upgrade to a 2009.  Really, a 2007 is plenty new enough.  In the end I drove it overnight, had some fun, and took it back the next day.  I figure I wasted about 4 hours of my life, most of the time with a new car salesman who was awkward enough that it was funny.  At one point during all the downtime he says "You haven't asked me anything about me."  Um...I didn't know we were on a date.
The rest of the weekend was a blur, I was rarely home.  I like those kinds.  Spent the afternoon making fall-shaped sugar cookies and mixing colors in frosting trying to create an appropriate brown color for the turkeys.  It turned out this sparkly metallic deep purple.  Oh well.
It's the time of year to do "Arizona things."  Bonfires on mountain reserves, outdoor runs around resorts, Suns games at sports bars, it's actually kind of nice when I hear stories of snow back East.
- November 18, 2008 1 comment:

So Snow Patrol's new album is basically amazing in so many ways; the second single was my instant first love (and super obvious to any who hears it) and we now have a video.
This certainly won't be the last post about the album.  I discover new gems in it every day. Lyrically, Gary Lightbody does it right.  He tends to write more break-upish tracks, but this one, this one, I want to meet the woman who inspired it.  And maybe even be that for someone else.
I'll keep raving later.
Go get the album.
Can't wait for the tour.

I'm still in my 20s and yes, I subscribe to Reader's Digest.

My mom and I used to fight over it when it came in the mail, usually I'd hide it until I had read it cover to cover. Now that I have my own household, I get my own subscription. My grandma subscribes too; I guess it runs in the Kleck family genes. And we all get other each gift subscriptions for Christmas so each of us probably has a few years piled up and we should stop responding to the holiday mail that lets you send 274 free gift subscriptions if you renew your own.

I never thought my love for RD was strange, until I started working in the magazine industry and confessed to my boss that I subscribed. He looked at me like I was joking. I had to convince him over several minutes that yes, I as a mid-20s single woman loved Reader's Digest. I'm apparently very much an outlier in their demographic. Which I came to understand after seeing how the magazines I marketed (fully knowing their target audiences) performed among the RD subscribers. It all makes sense to me now.

Yet I'm still reading, and this article caught my eye.

Hello. It's one of the first words we learn as babies, yet it's one of the last ones we think to use as adults. In our never-ending rush to get something or somewhere, it seems we don't have time anymore for this most basic of gestures. And that's unfortunate, because saying hello is more than just saying hello. It is an acknowledgment of existence. It is a pause, however brief, to affirm another's worth (and have yours affirmed in return). How might the world change -how might we change- if we mastered this word?

How startling the word truly is.

It took a move across the country to realize it. Pulling up to In 'N Out burger, I'm always greeted with a "Hi, how are you?" I'm compelled to answer the question coming from the other side of the speakerbox. My first visit to Jamba Juice after a long time away, I ran in and barked my order, exactly how I'm accustomed to behaving at a quick-food joint in DC. I was interrupted with a "Hello, good morning, what can I get for you?" before I could finish. I had to take a step back and remember that we're all human and this sort of dialogue is completely appropriate and welcomed.

I hate to point fingers at the east coast for falling short on this word, but the difference is noticeable since I moved West. I lived 3 years in the same house, never once said hello to neighbors. Here, I go out running and everyone on the street (when there are people on the street) nods or smiles or says something to you. Grocery store clerks, gym staff, coworkers, security guards, you get it.

One goal I set after moving here was to be a little more open to humanity. Hello will do that to you.
- November 13, 2008 1 comment:

So I missed last week, mostly cause I was playing in Los Angeles and seeing this guy at the Hotel Cafe with my two favorite people on the Westside.
Greg Laswell's amazing.  No question.  Perez Hilton even posted about him today and Grey's Anatomy has been playing his stuff on almost every episode this season.  But I promise you I'm months ahead of them.  Really.
This track in the video isn't even close to one of my favorites (yes, there are that many tracks that are that good, this being the most played song on my iPod), but hearing it live last week on stage, full band, gave it a sweet little turn for me.  I can't get it out of my head.