I'm back to Los Angeles this evening to wrap up my life there and catch some concerts, of course. A happy Friday to you, with some links I like.

FINALLY - here's my favorite music of 2013. I tried to make it easier on myself by keeping track all year long, but I'm still way past due. I used to actually burn and mail discs to people (remember those days?), so I would spend Thanksgiving break burning and mailing, writing liner notes and trying to keep everything to a two disc limit.  Spotify has changed things quite a bit and made me a bit lazier, but better late than never. Plus, you know, the whole getting a job in another state and trying to move right after holidays kept me a little busy.

There's stuff you've heard and hopefully some new stuff you hear and like. It's sort of in an order, but I'm not nearly as worried about track order and splitting things into appropriate volumes as I used to be. It is what it is.

Playlist embedded below, or link here: Lauren's 2013 Favorites.
Oh, and Atoms for Peace would totally make an appearance here, except for, you know...

Welp, I made it to Utah and survived the first week of work, which included meeting the guy who hired me and seeing the office for the first time. It felt familiar and new all at the same time. I think I've made a great decision. Several people told me I've joined a great team and have a very good boss, so I'm feeling pretty happy about this major change in my life.

I spent the last couple weeks in LA cleaning and getting ride of so much stuff. It felt amazing to throw away things that have been sitting in boxes for years and prepare for all new things and a complete fresh start. I have a lot of furniture shopping ahead once I find a place here, and that's really exciting (and expensive).

In cleaning my house, I found some treasures, including old missionary letters from a million years ago. There were a lot of funny pictures from the MTC, and even though I haven't spoken to this guy in years and years, I looked him up on Facebook and asked if he wanted the photos from his mission. Surprisingly he wrote back rather quickly, so I put them in the post and sent them onward. Letters, however, went in the trash. 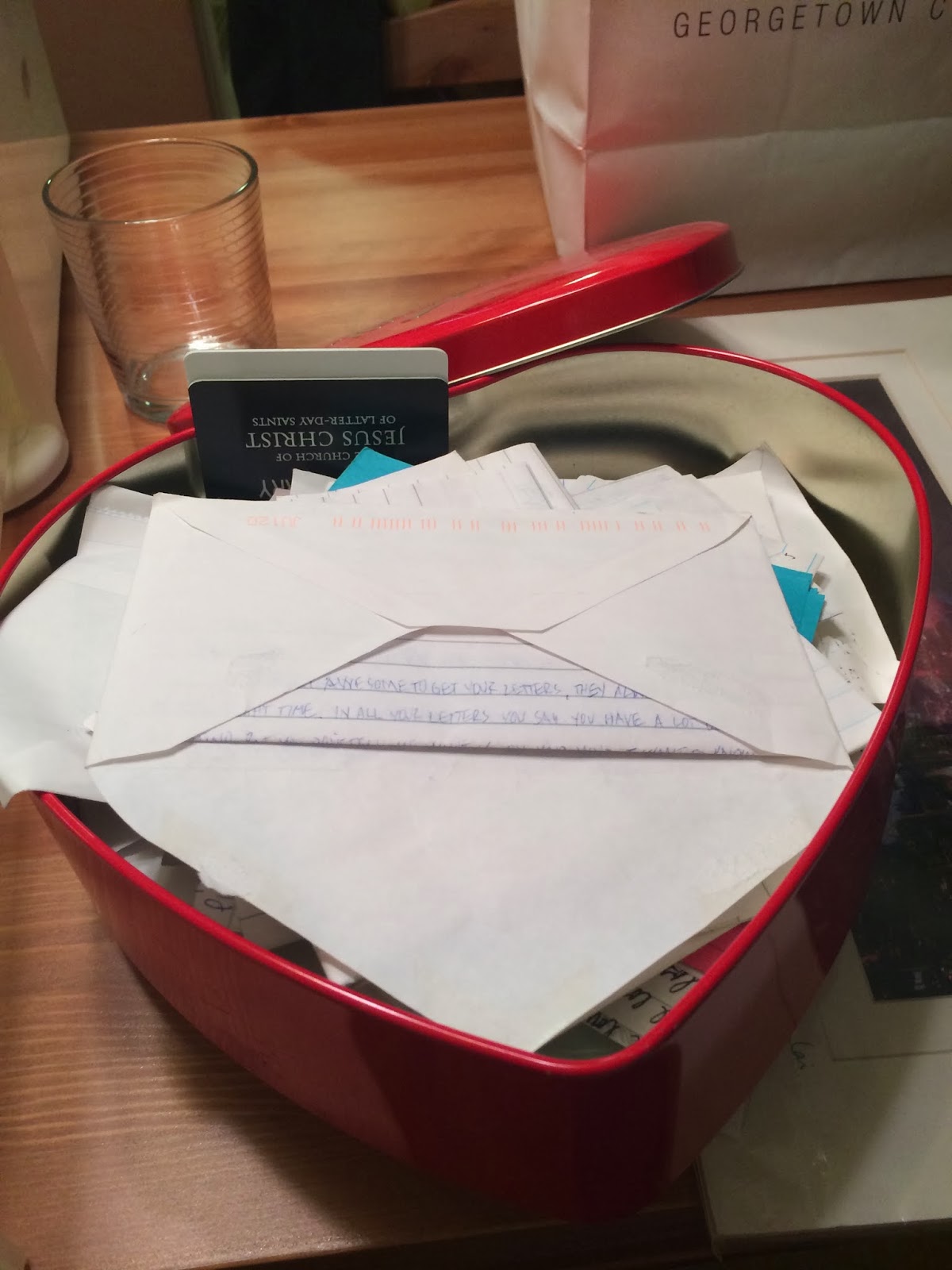 I sold my desk and chair and guitar and bike, and the Internet is good and people are good. A nun bought my bike, a really nice girl bought my desk (her office is closing and they're making everyone work from home now, funny that she and I are switching places) and a nice UCLA grad student bought an extra guitar I had. He actually just texted me today to see how the move went.  Funny. 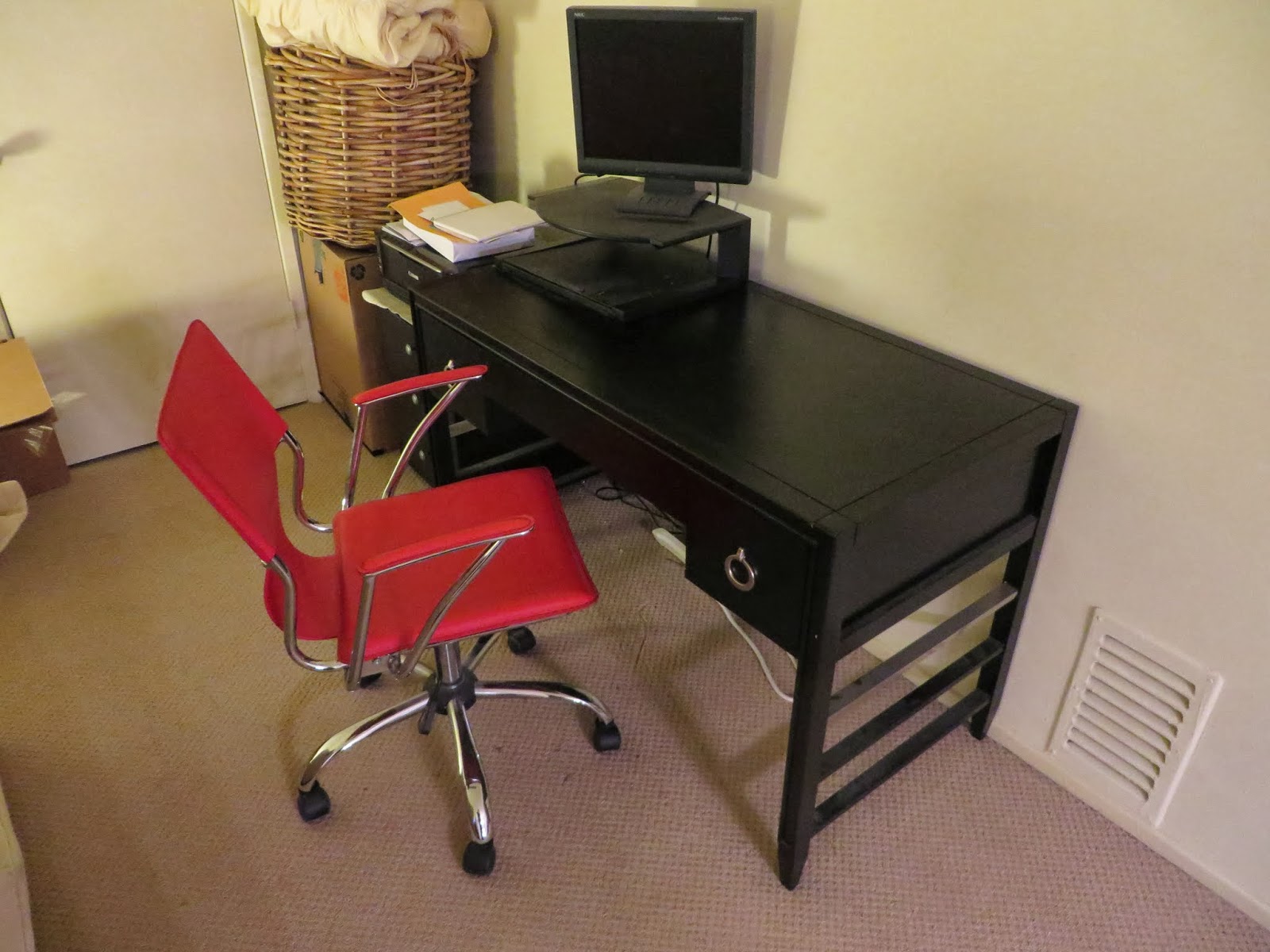 LikeTwice is a great website that buys clothes, so I packed up a bag and am hoping for some $. Ladies, check it out next time you clean out your closet. It's super easy. 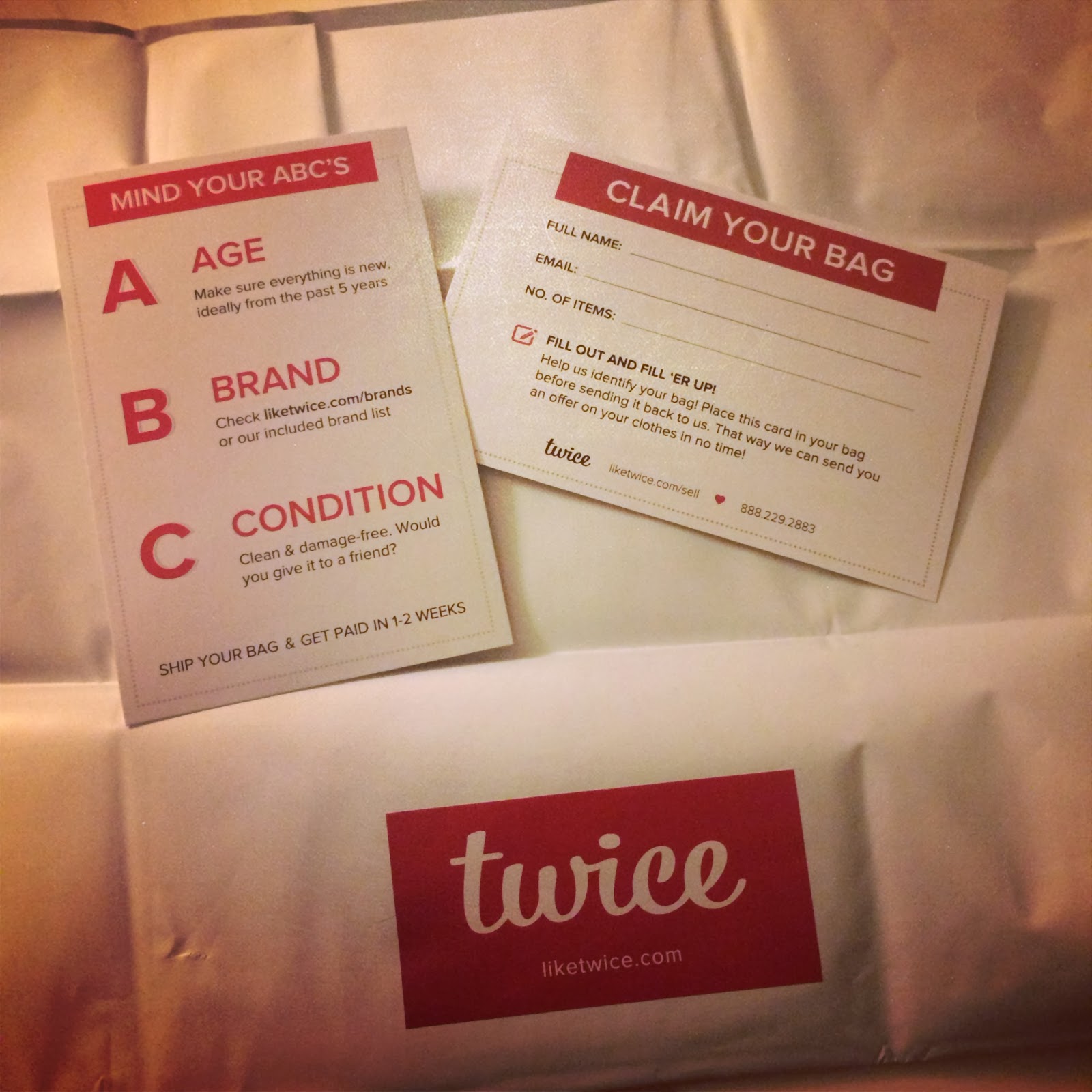 I hosted one last documentary night at my apartment, and I'll definitely have to start it up again when I move into my own place and get a television. Daniel brought empanadas, Heidi made yummy appetizers with salmon and Mackenzie brought goldfish crackers since we were watching Blackfish. 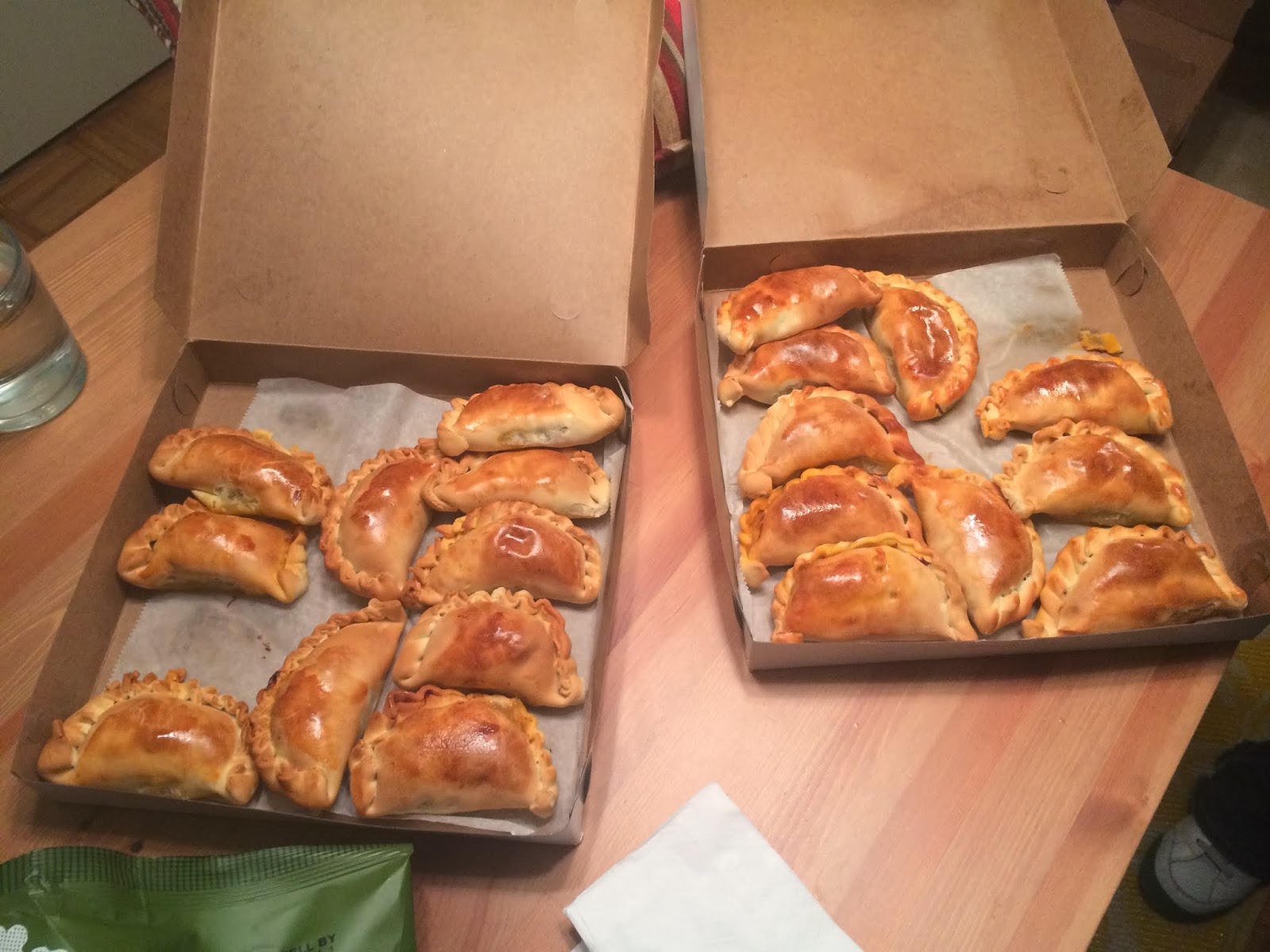 Part of the group. We always run out of seating! Great discussion after though, to hate on Seaworld or not. 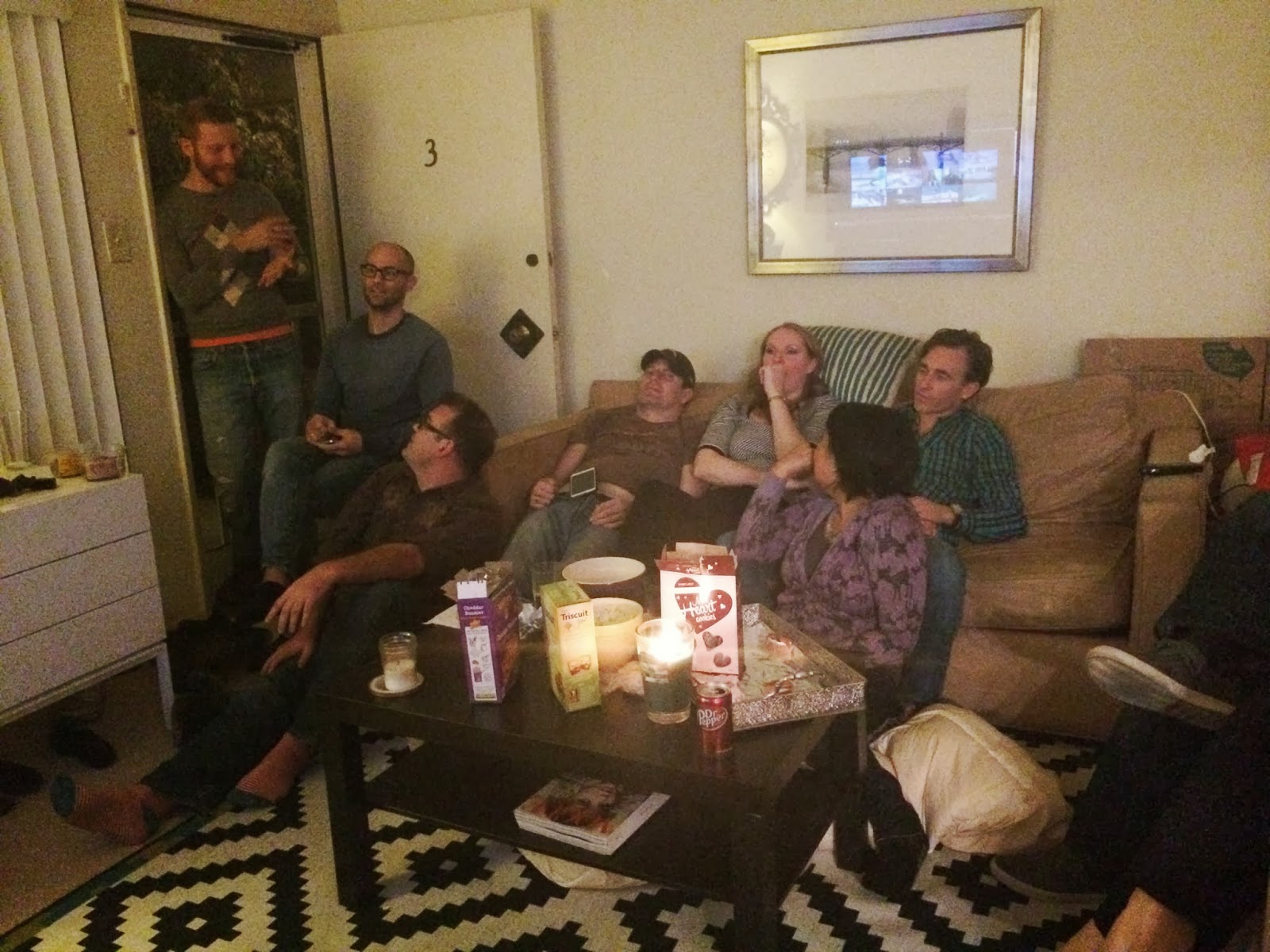 Jonathan brought the Vernors (our tradition!) and ice cream so we could make Boston Coolers. I highly recommend a Boston Cooler or just Vernors alone. 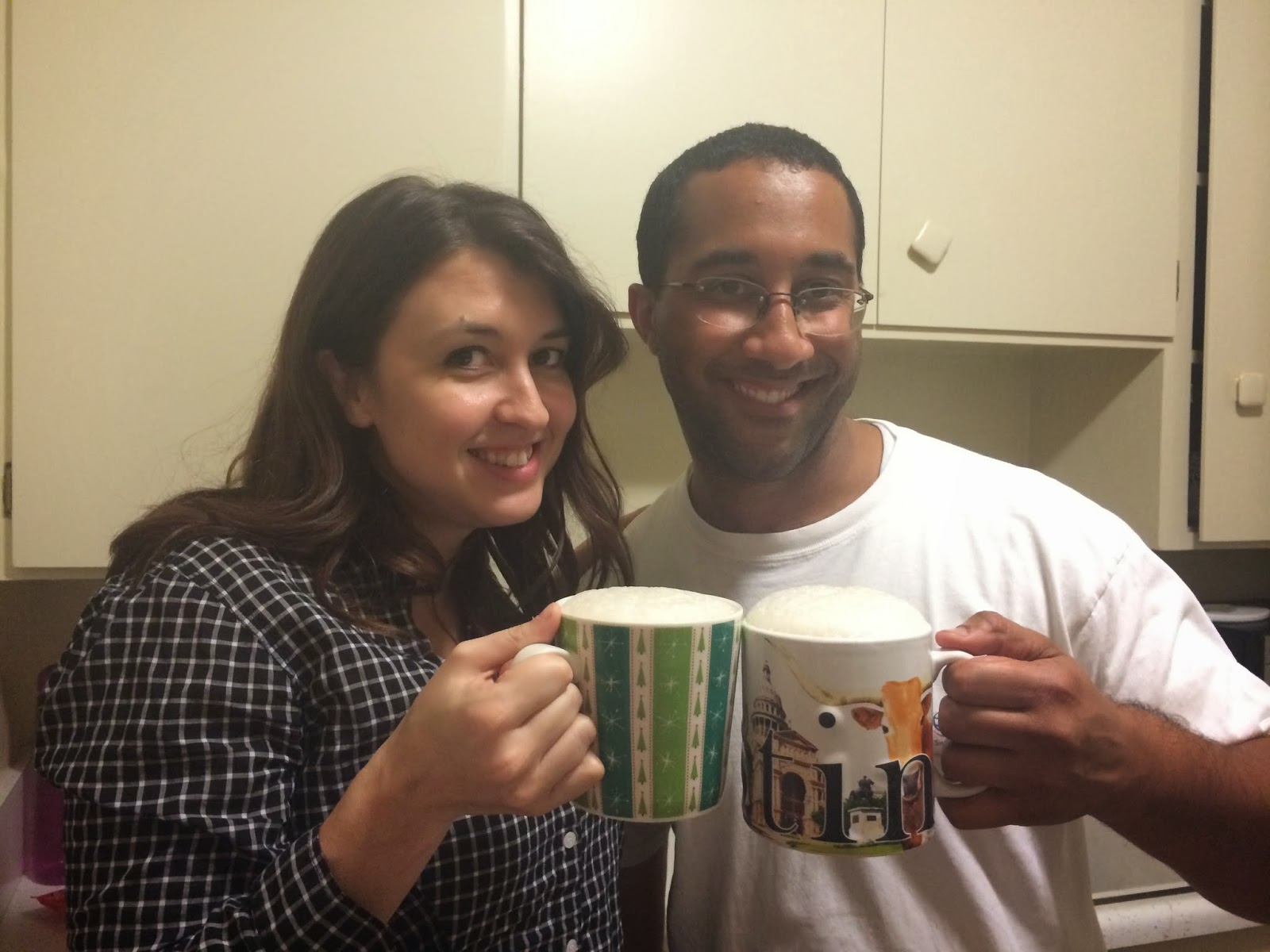 Packing was a mess. Disasters everywhere as I got rid of stuff. 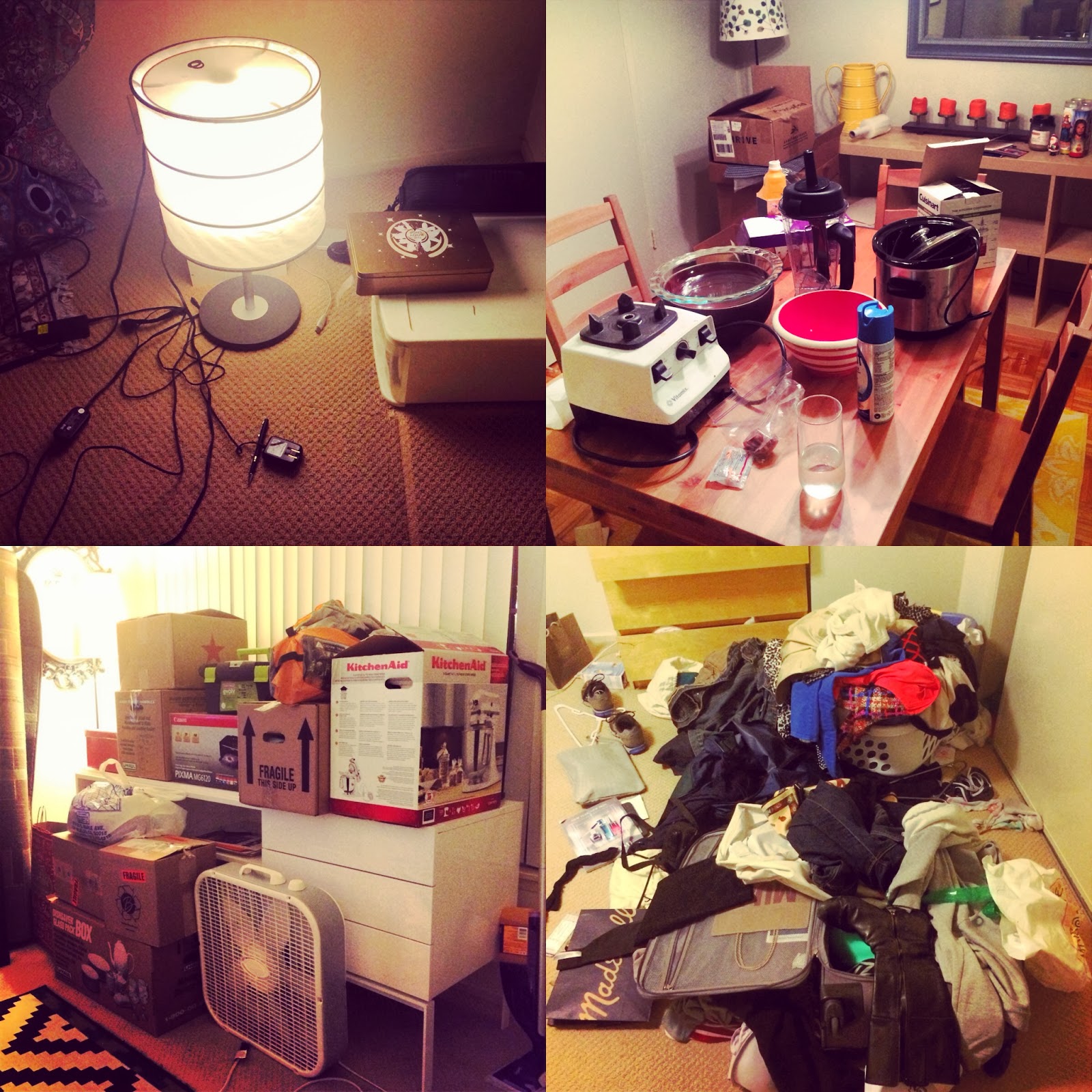 Trevor and I hit Pono Burger for a last lunch. Though I tried not to say 'last' anything, since I'm headed back to LA in a week. And probably again in March. And definitely in May since I bought tickets to see Billy Joel at the Hollywood Bowl. 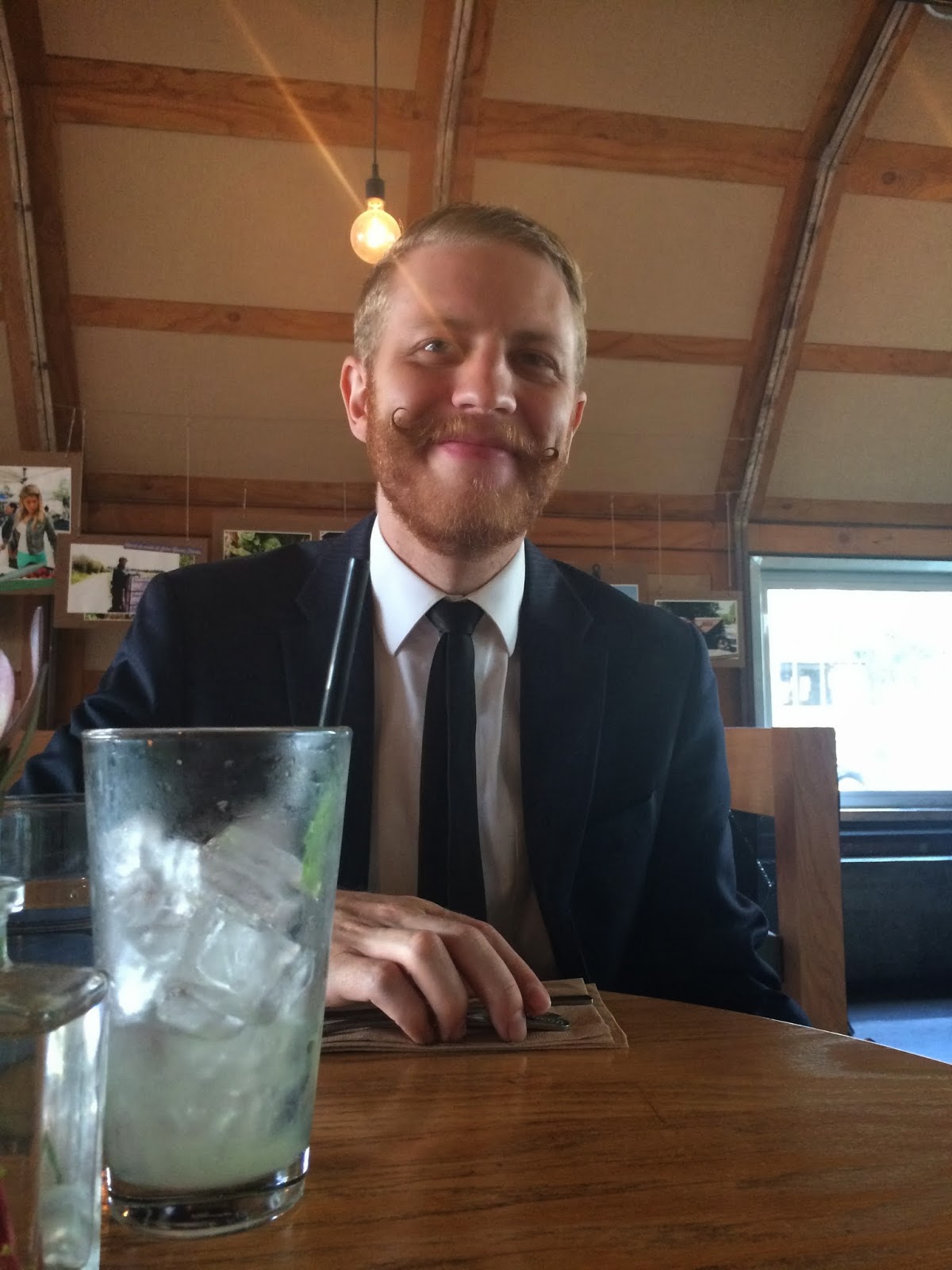 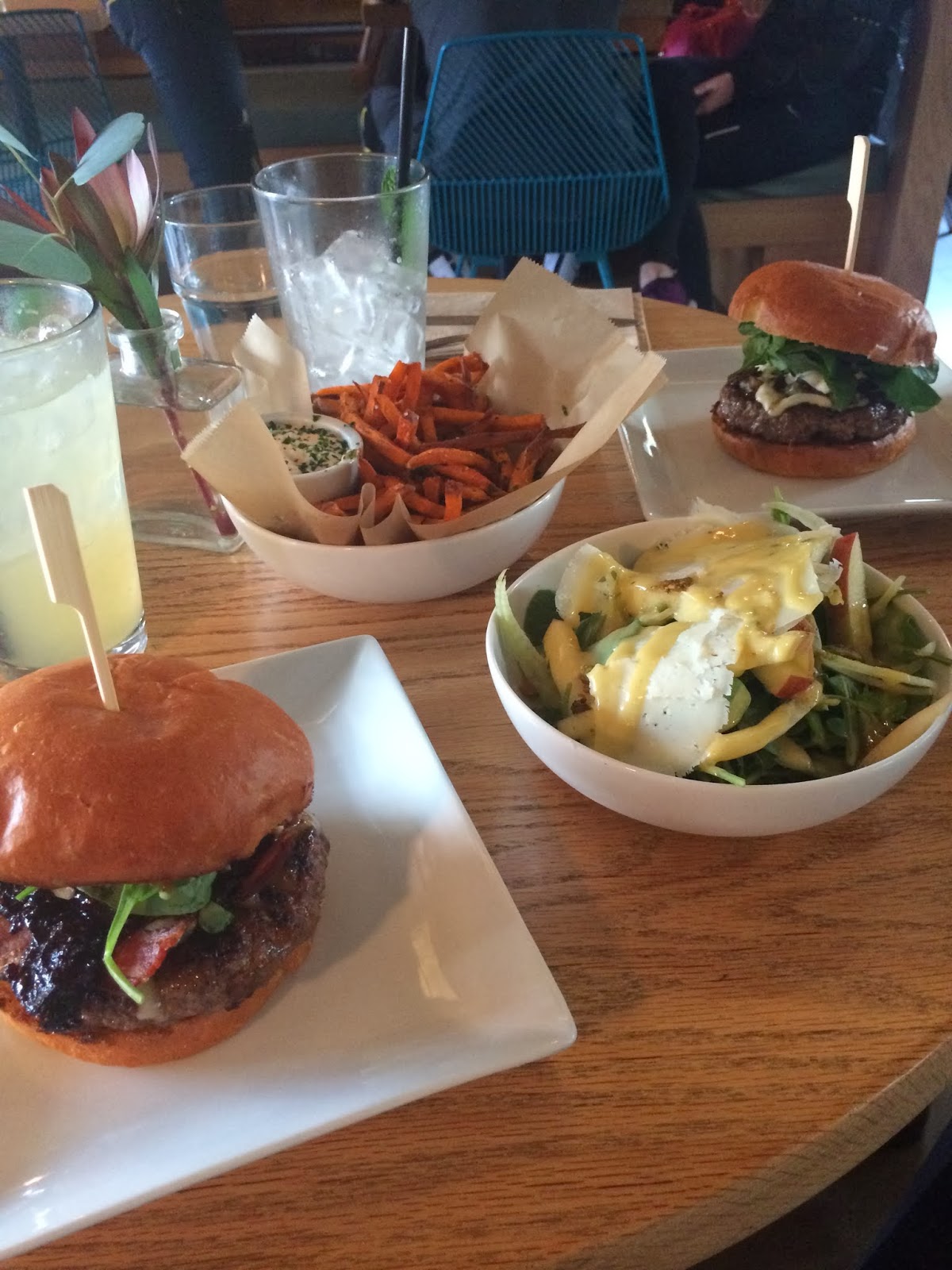 And we took Resident Advisor up on their suggested dancing events for the night, hitting a random bar in a strip mall in North Hollywood. We wanted to go dancing on my last night in LA, and while it didn't look like much from the outside and had a bit of a random crowd, the music was great and the people were nice. We had an excellent time. 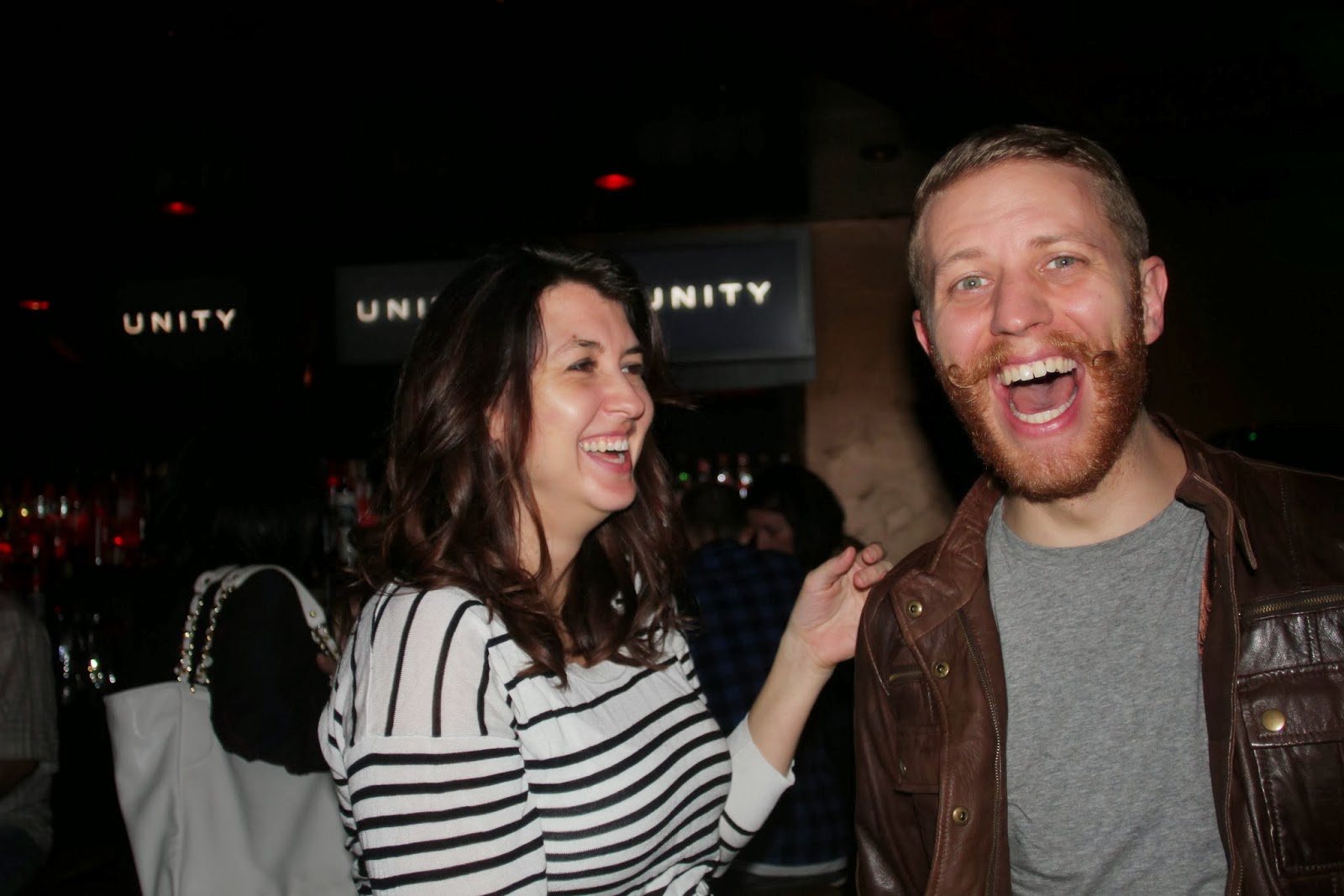 I still don't use Google Plus, but the photo backup yields some fun results.

The next morning I picked up the moving van. Dun, dun, dun....this is getting real. 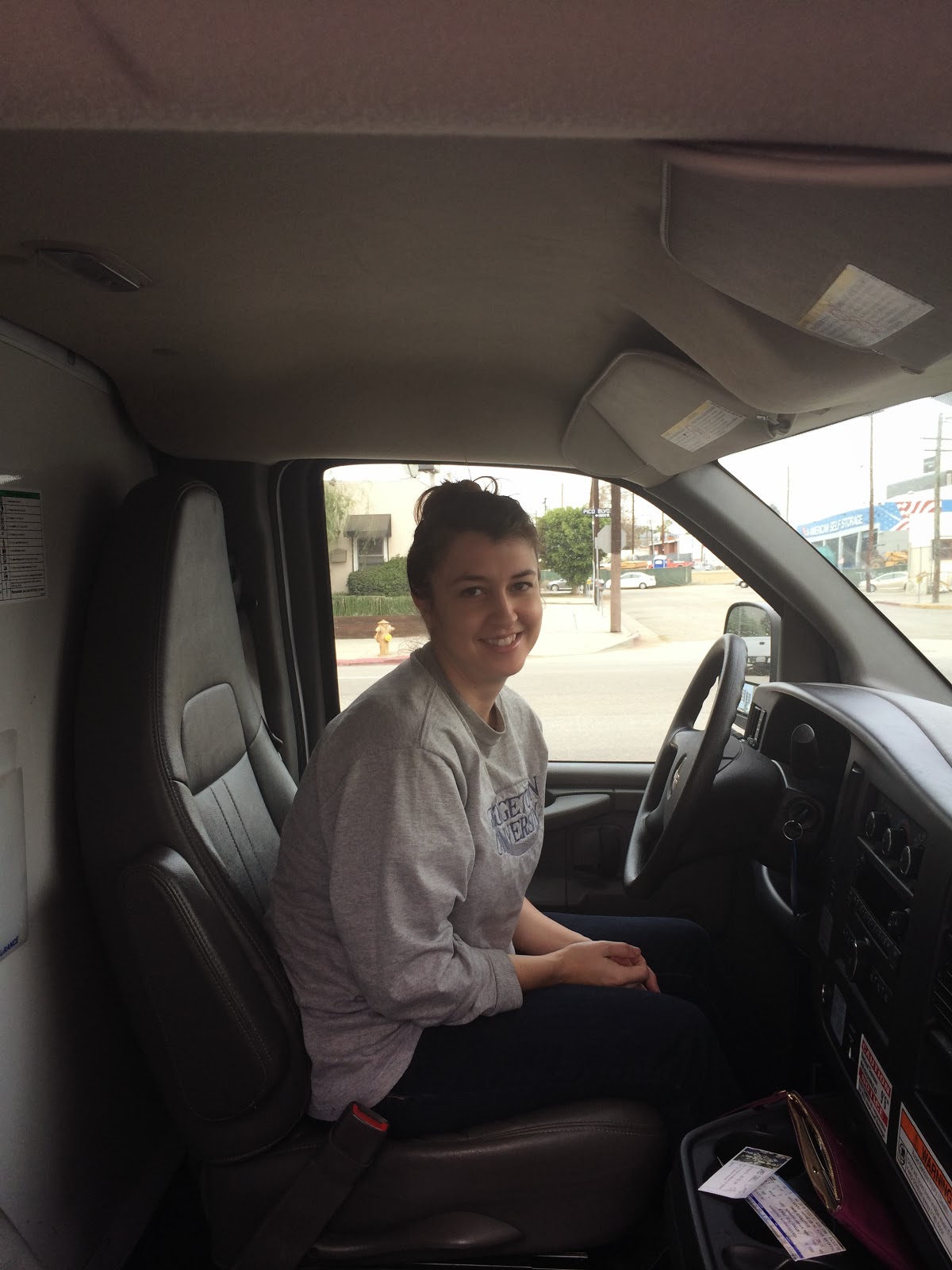 My home teachers came over to help load the truck, and Masato stopped by to say hello. 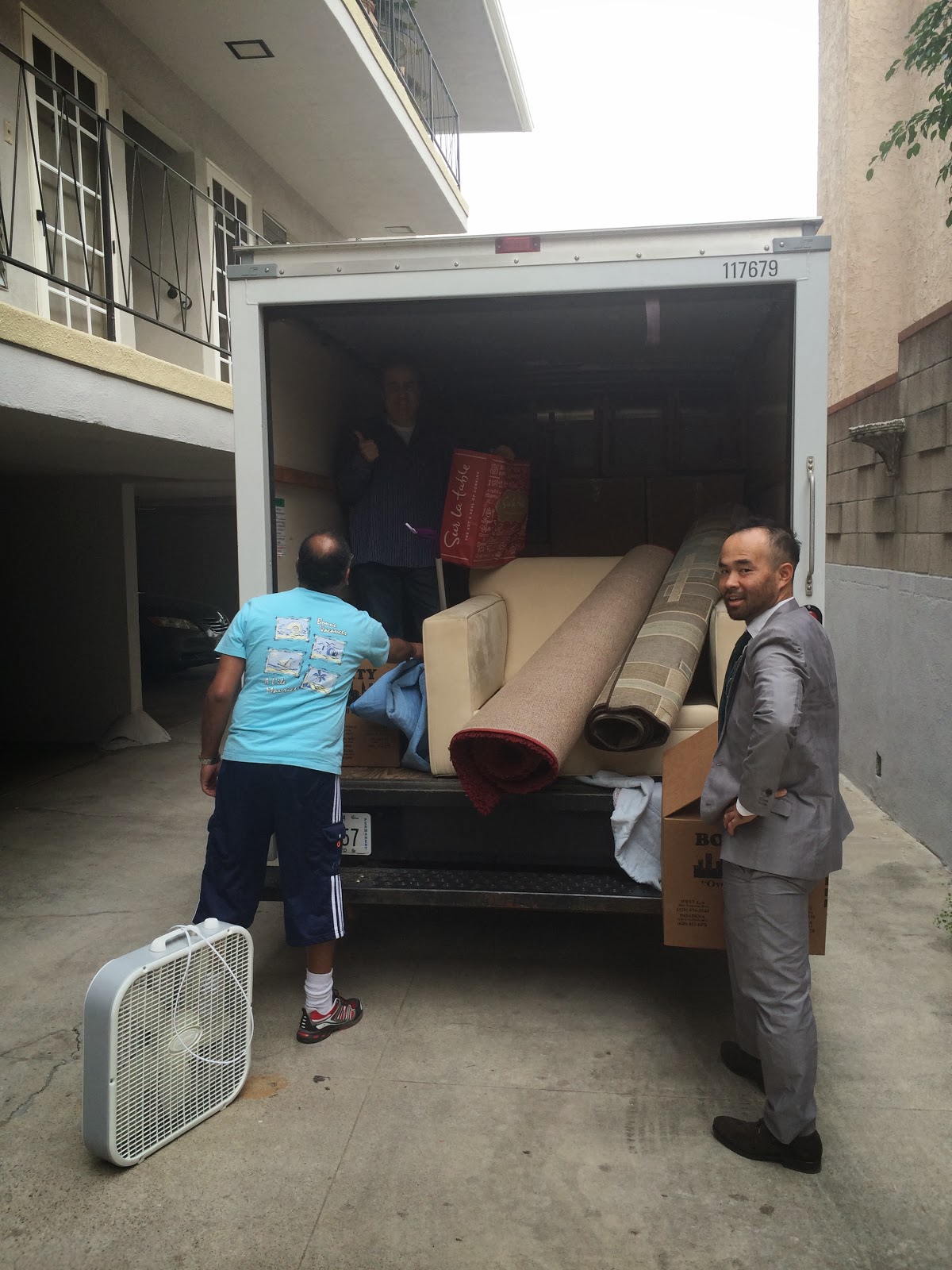 A group photo, courtesy of my awesome mailman. Trevor, Masato, Frederic, me and Laurent. 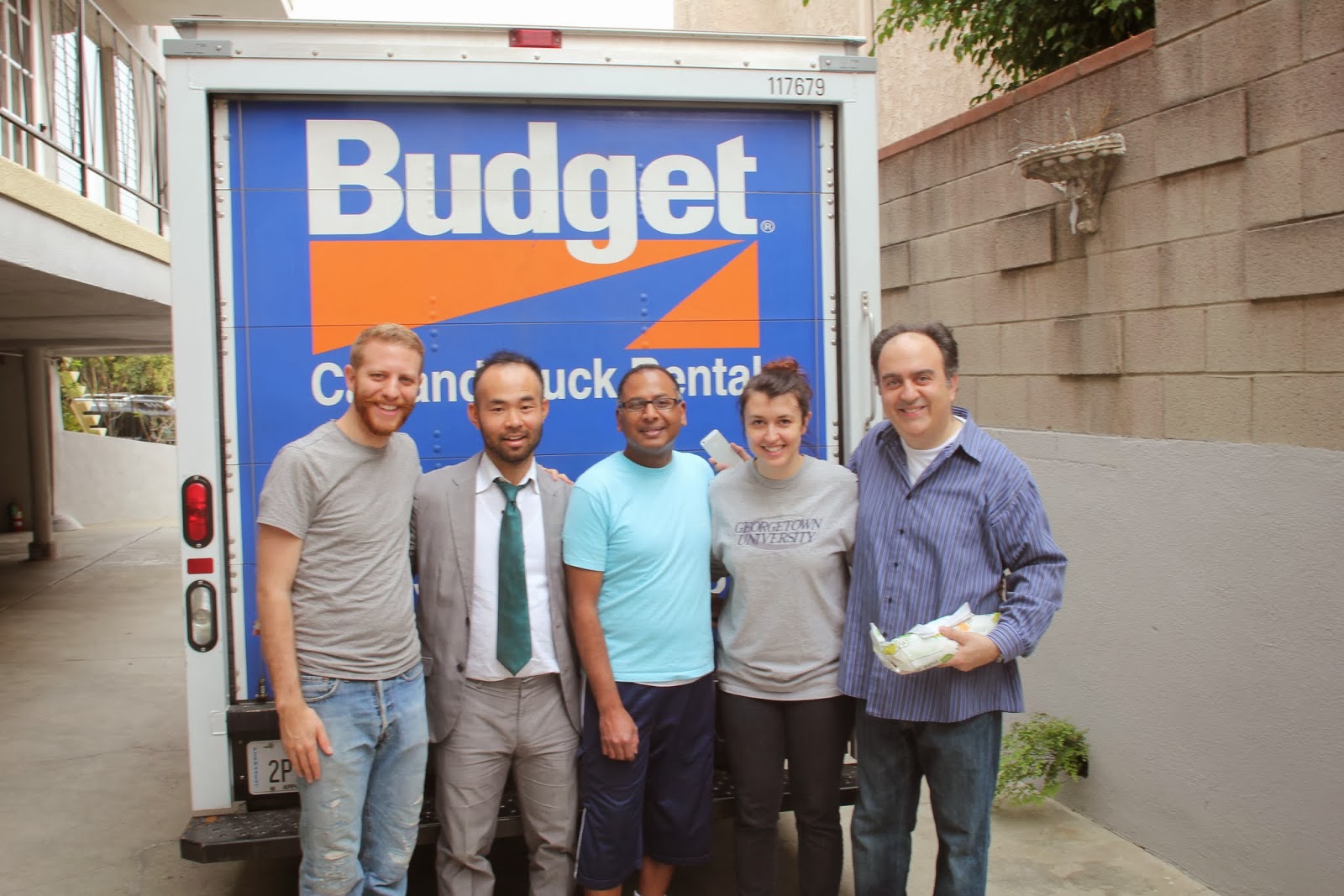 Trevor pushed a job interview to late afternoon and helped me finish getting ready. Then I took off. Crazy. Picked up Marcello in east LA and we drove to the St George area to stay the night at my friend Abe's place. It was a long day and I was a bit of a mess.

The next morning we only had a few hours to drive, so it wasn't too bad. Roads were clear and we made good time. 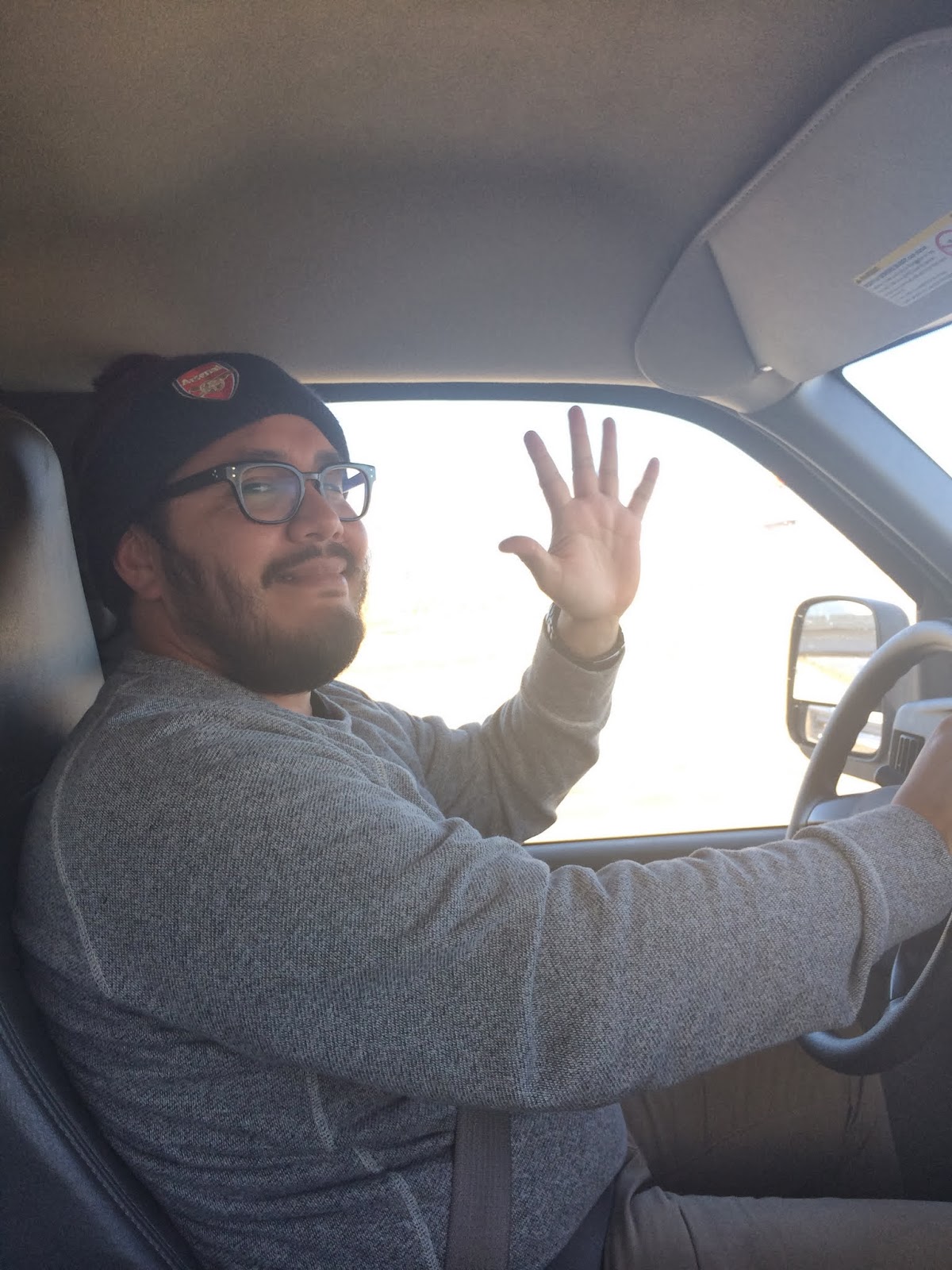 Pulled into Orem and dumped most of my stuff at a storage unit. Taylor and Courtney came to help. 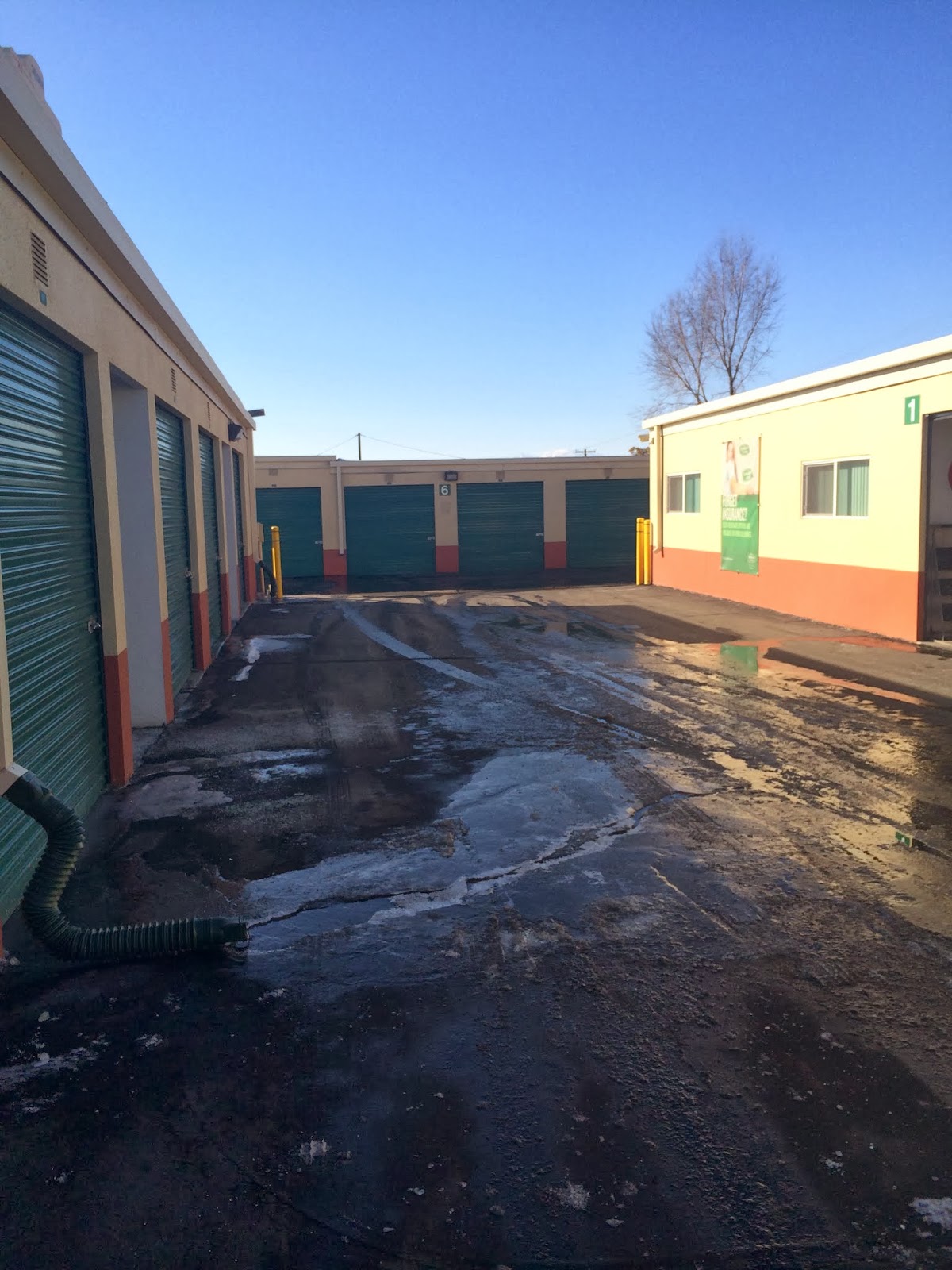 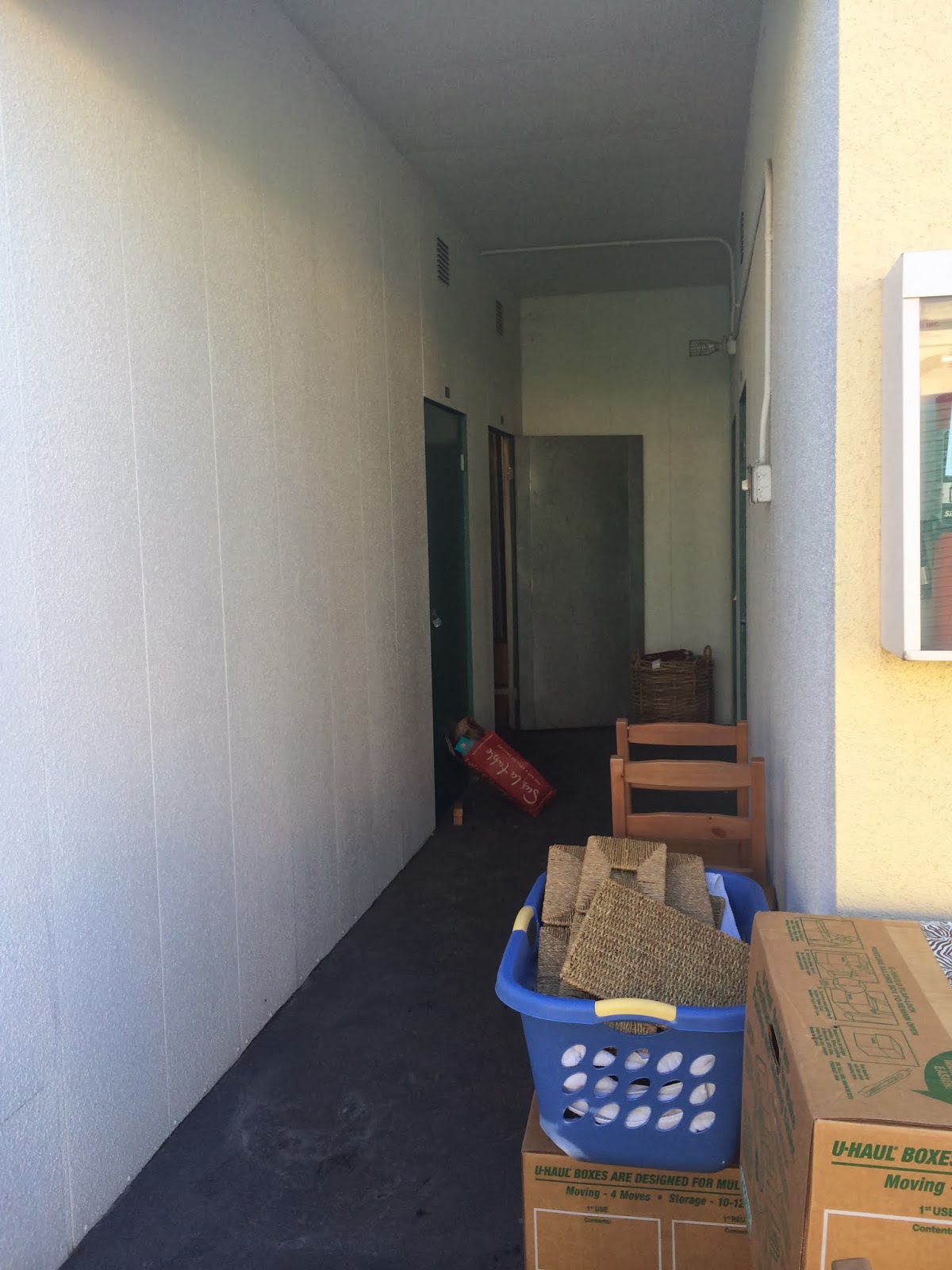 Get ready for a lot of baby niece pictures, because until I have friends and a social life, she's gonna be my best friend. And probably even after then, too. 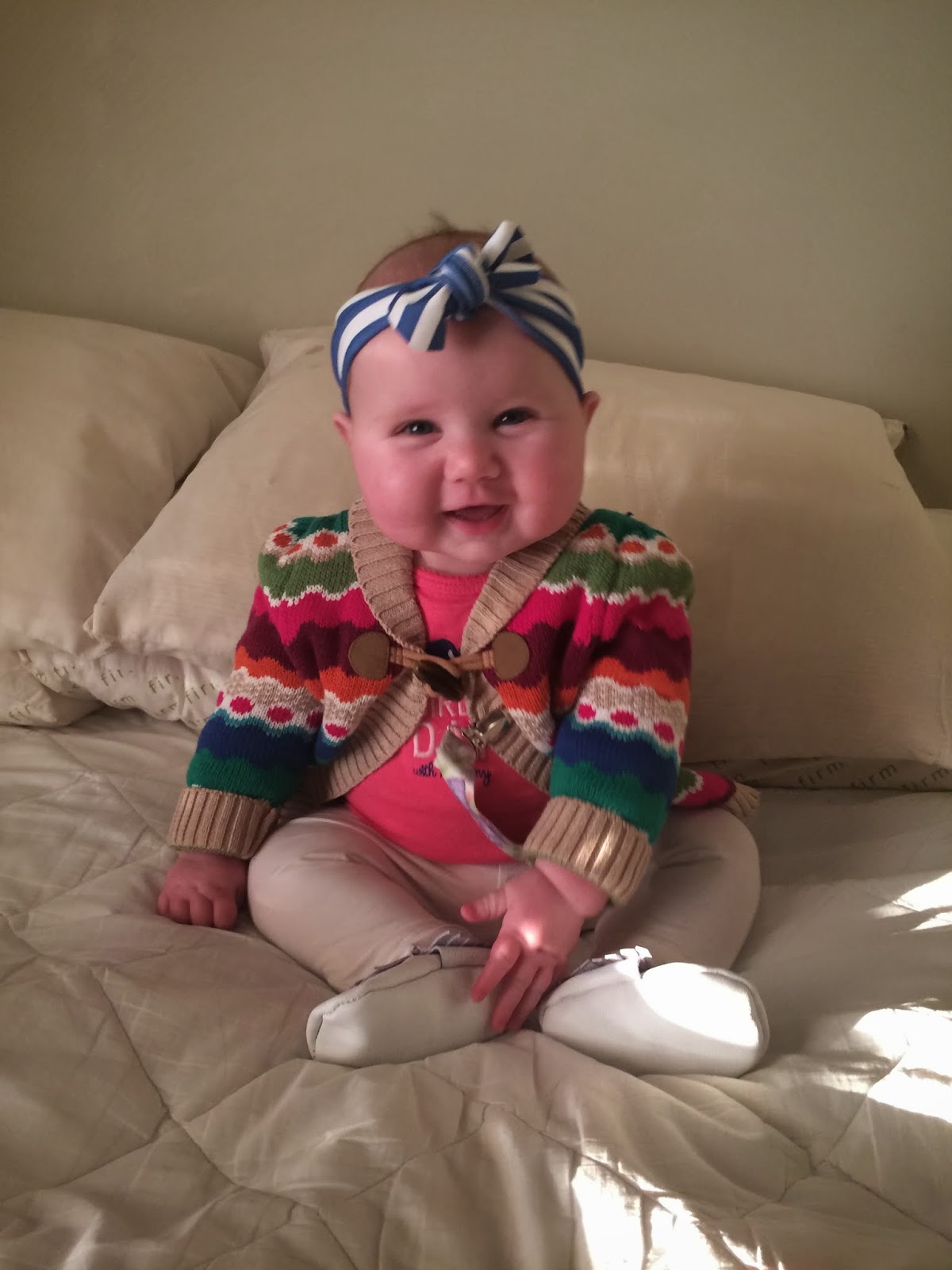 Saturday night Marcello and I were headed to see The Moth and the Flame at Velour. You need to know this band. Turns out my brother's old boss and friend is the drummer's uncle, and was also headed to the show, so Taylor came along and we had a good time with all sorts of funny connections.

I spent Sunday afternoon trying to put away my clothes at Taylor and Courtney's house (they're letting me crash for a bit while I figure out my life) and deciding what to wear to work, since I haven't been in an office regularly in years and I don't have cold weather things.

On Monday morning I left super early to avoid this traffic I hear about, but it was pretty much clear. 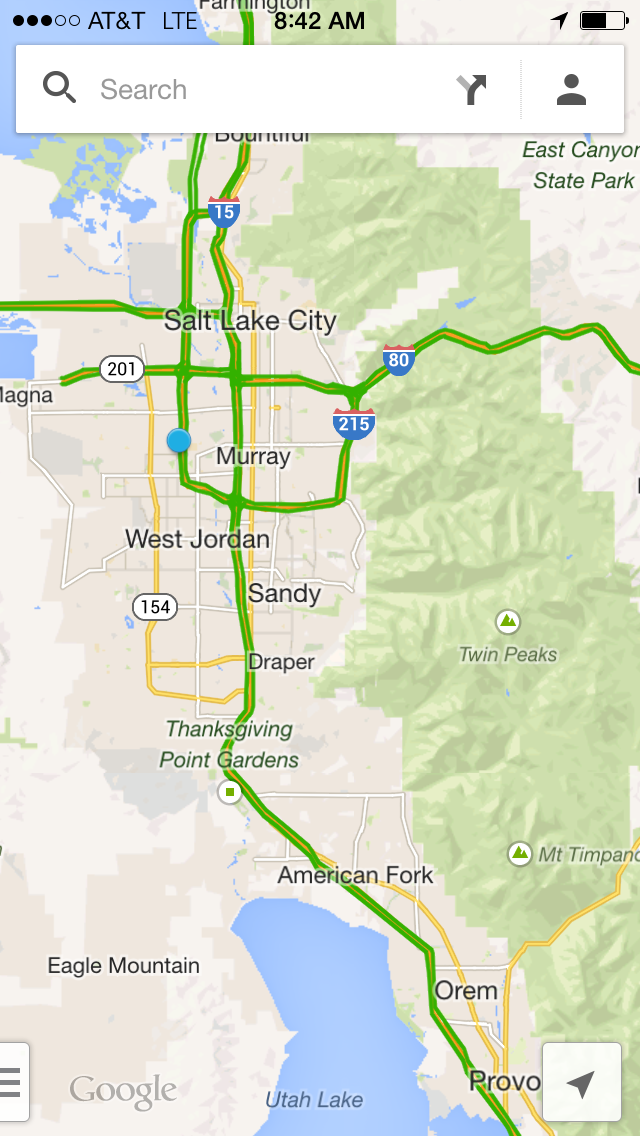 First sunrise. Getting up early is not my forte, but I've got a bit of a commute for now. 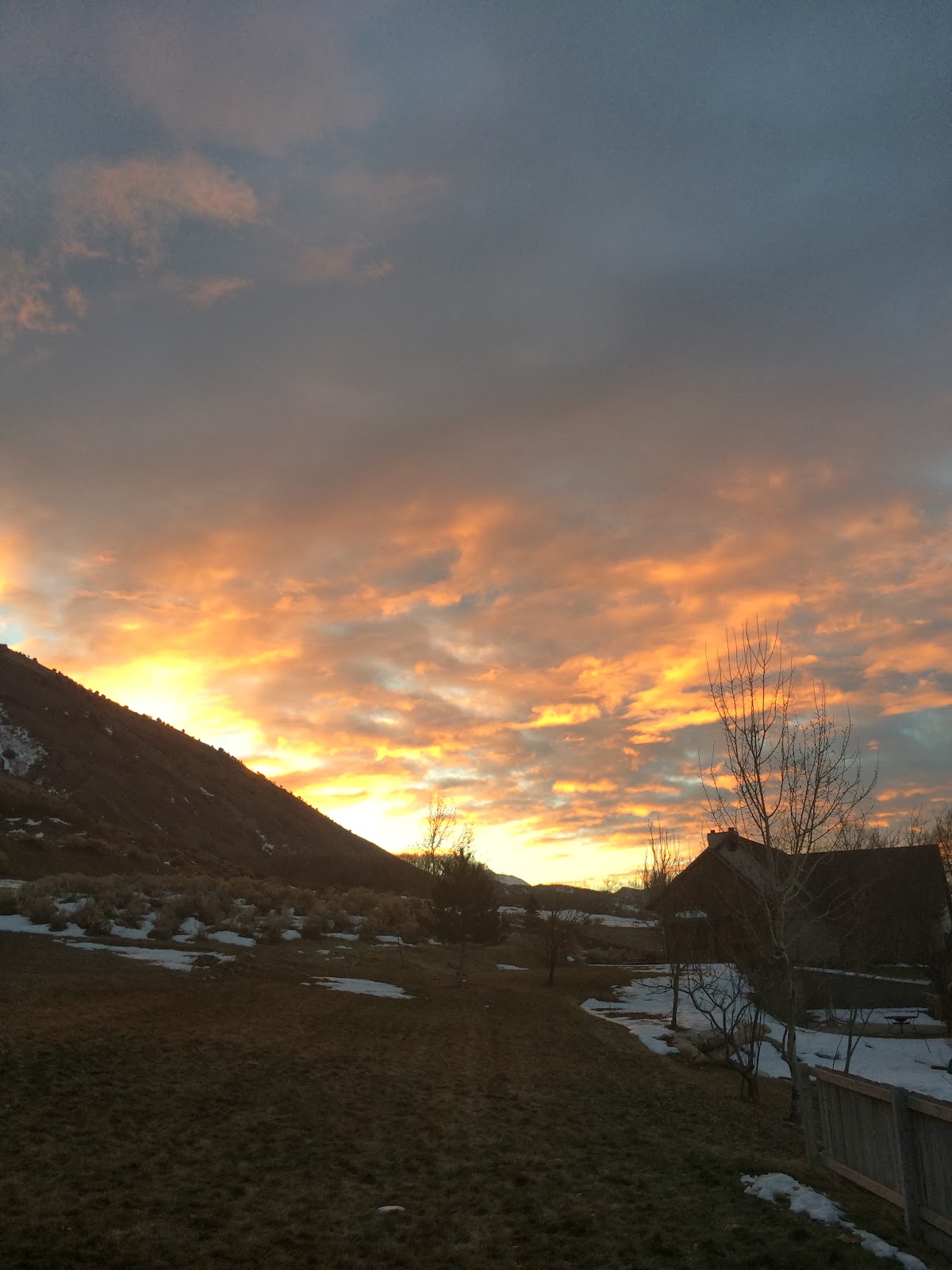 Max is still around, though is now a fully outside dog. Don't worry, he has a heated doghouse for the cold nights, but sometimes he likes to curl up in a box in the garage. 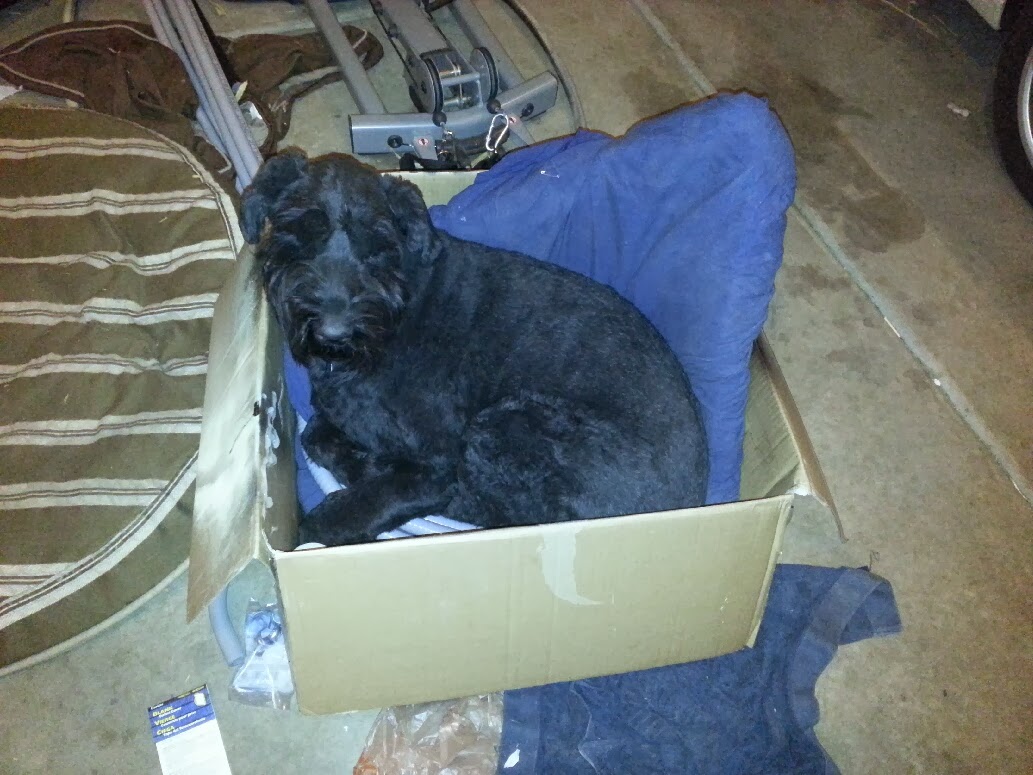 Thanks, Google, for making it snow in this picture. I've seen quite a bit of it this week.

After a good work week (I'm mostly just meeting with people to figure out what they do for now), we had dinner at my favorite BBQ. 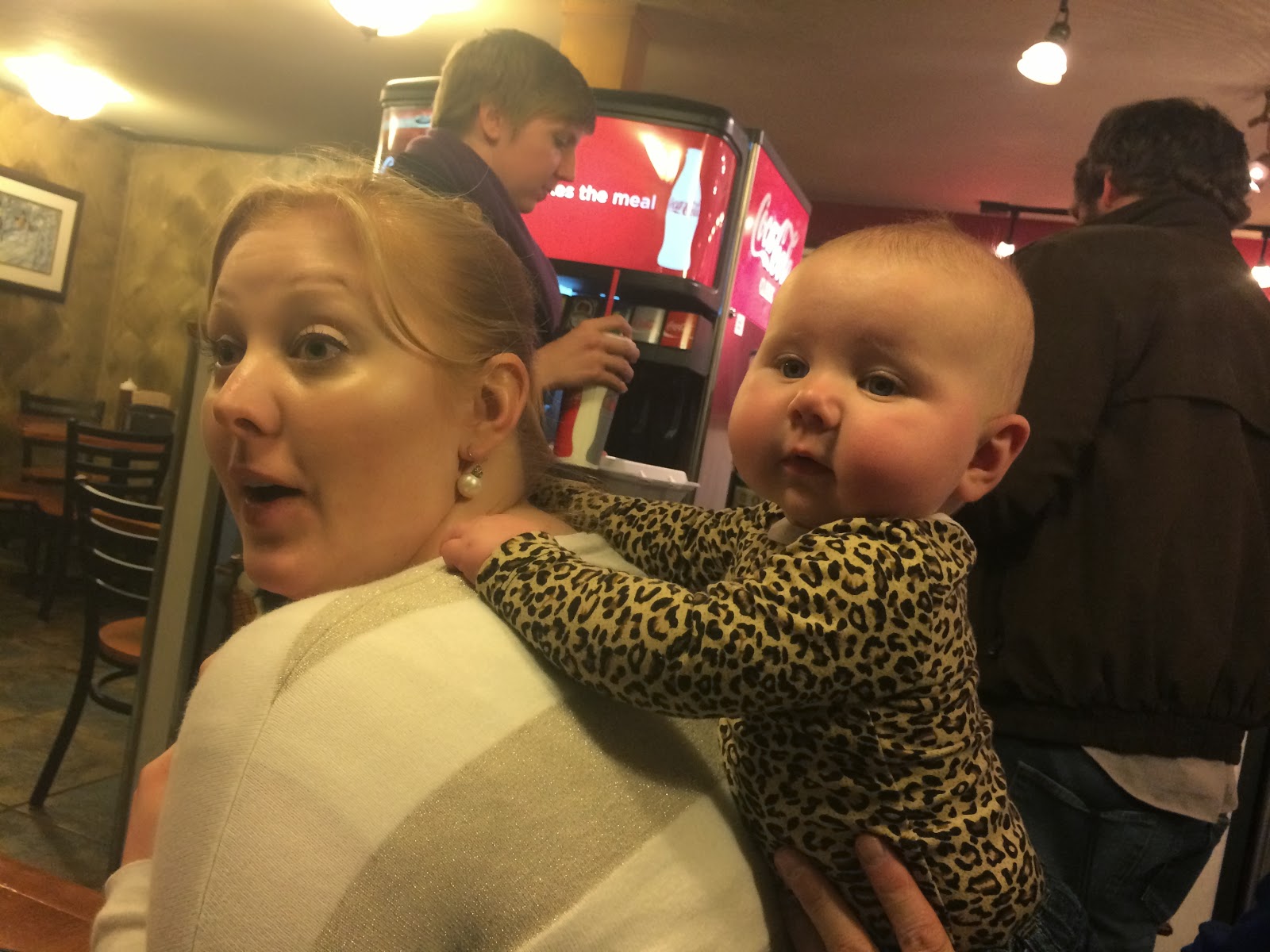 Courtney worked today and Taylor had to run a couple places, so I hung out with Hallie. 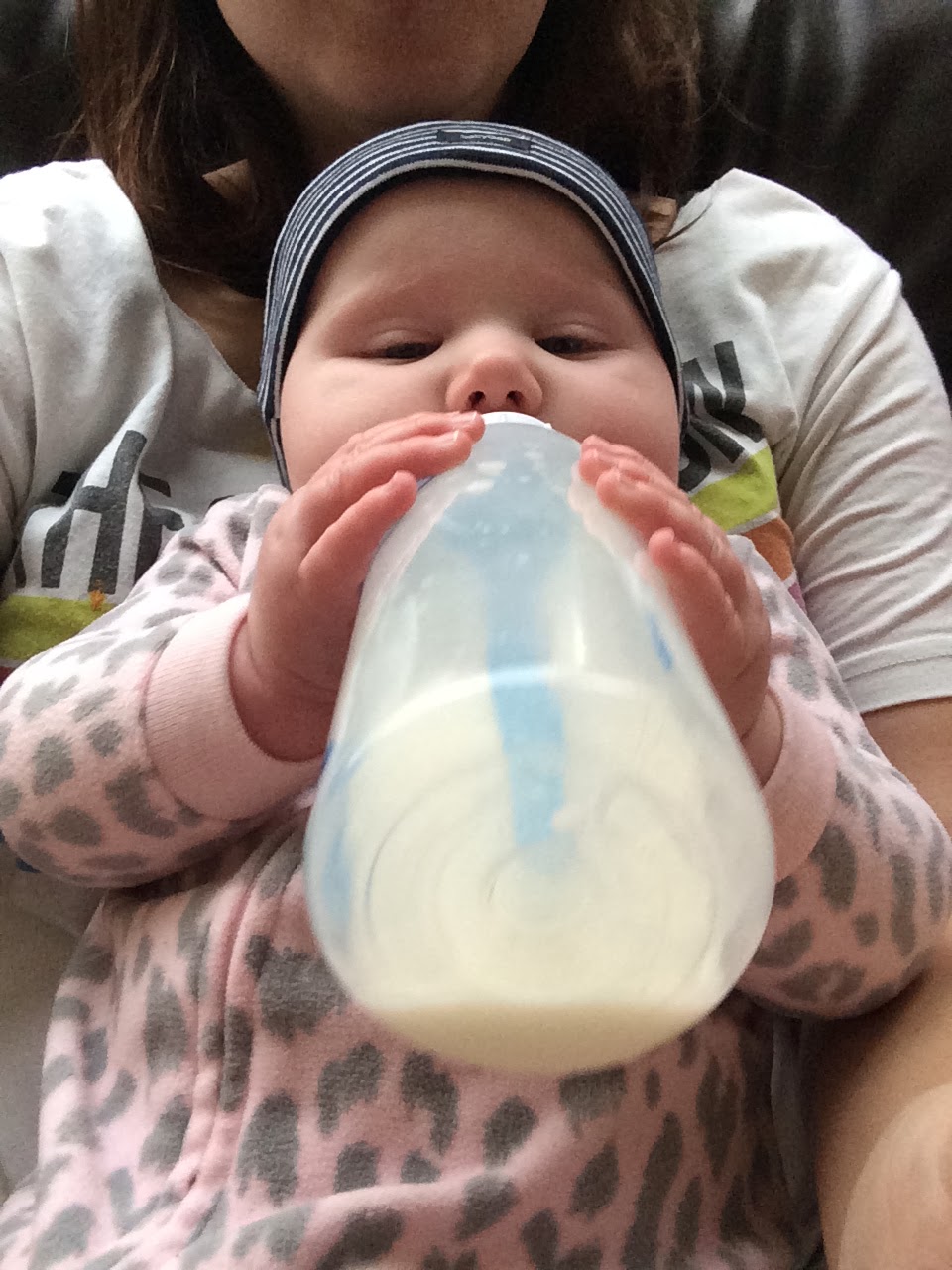 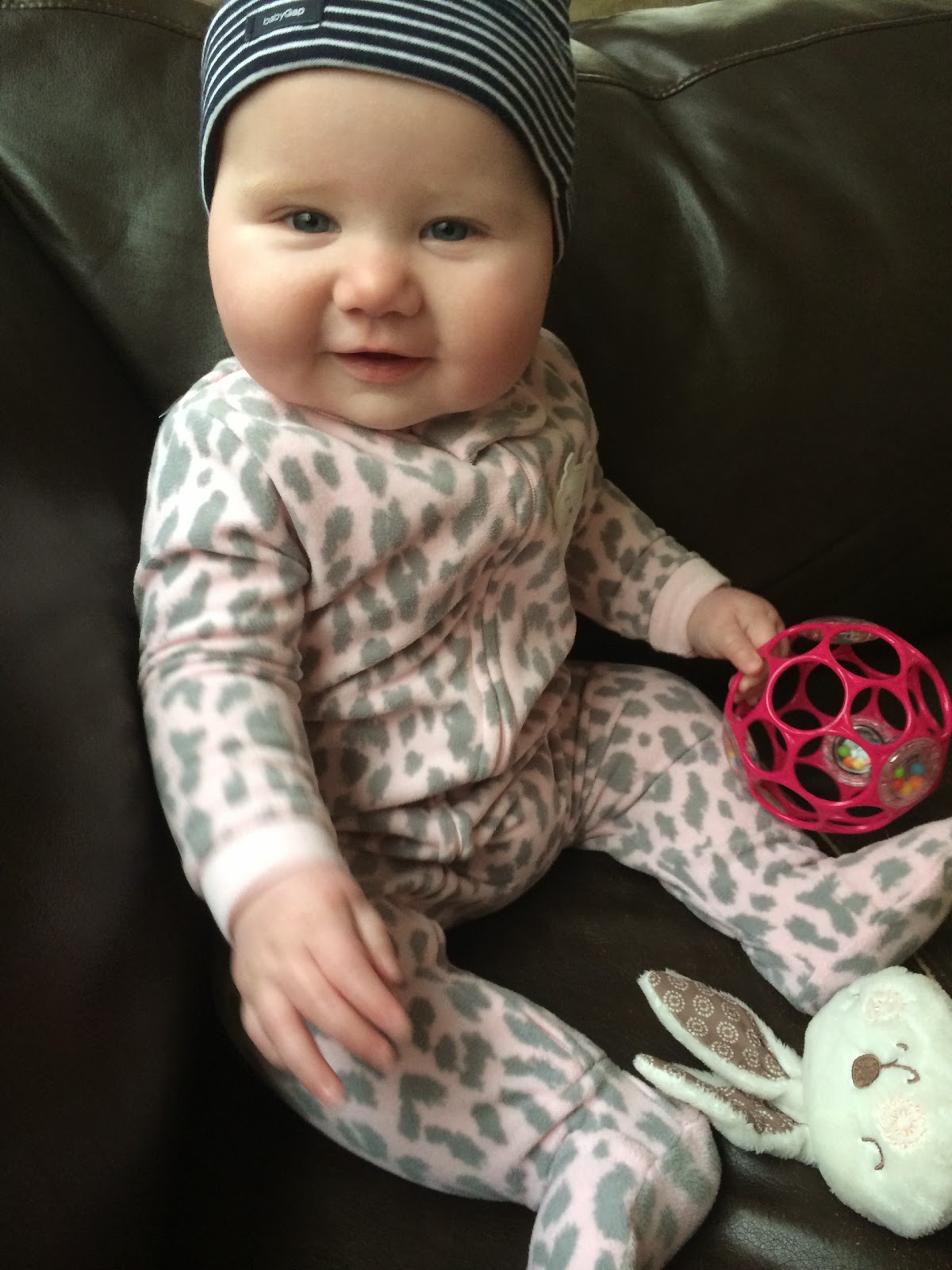 I finally got out and went running this afternoon, seeing that I'm doing a Ragnar Relay in just a few weeks. Eeeek! I was worried about getting in a workout, but this town has a really nice and cheap rec center, and I found a gym at work too. Turns out a friend from DC that I haven't seen in years also works in my office, so we had lunch this week and caught up on life and he gave me a building tour. I think I may just be okay here in Utah. 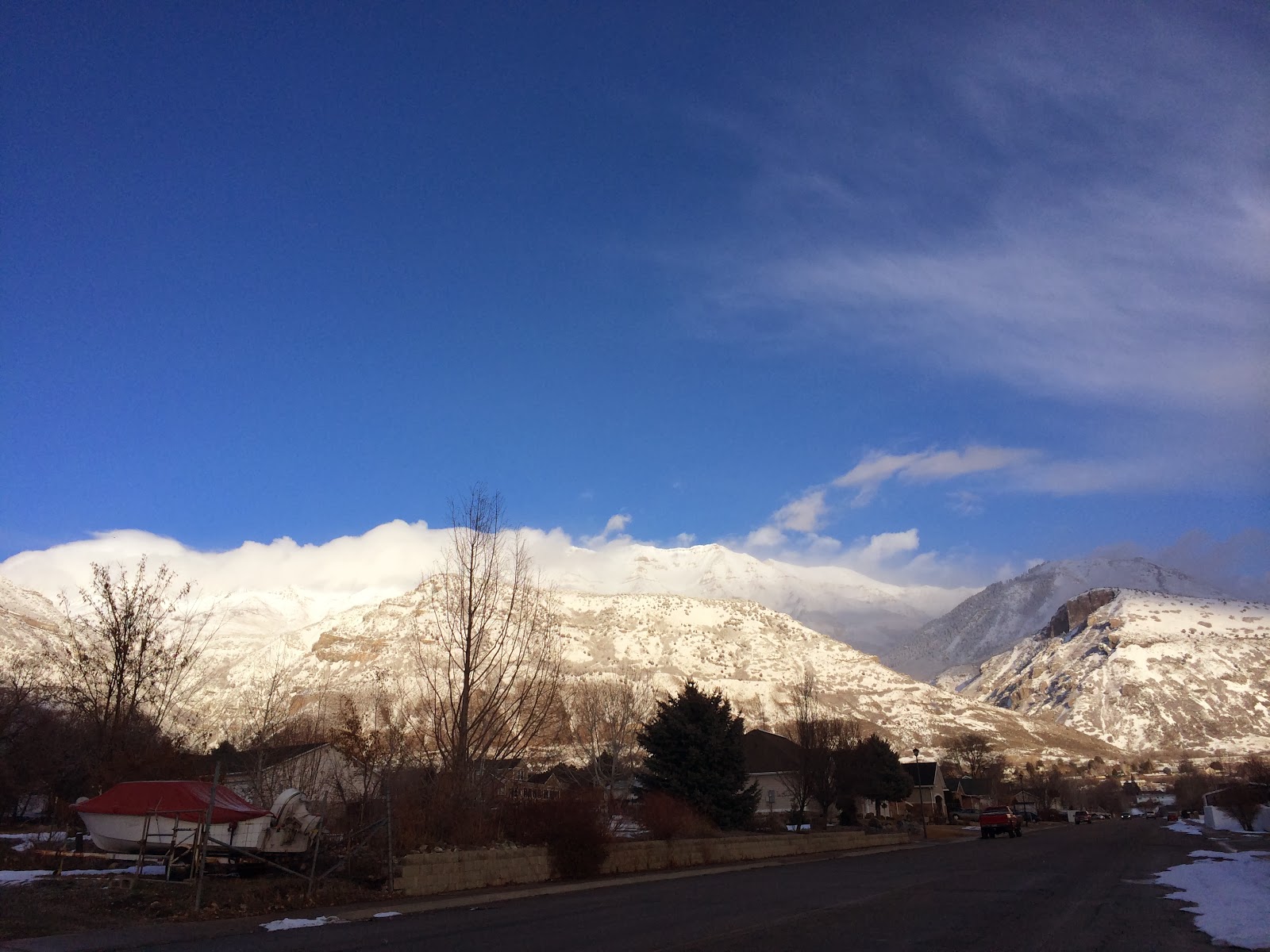