Best of the NW Part 2

***This is part of a mild effort to catch up on last year's travels before it actually hits the year-mark of going on said trip.  People have a year to send wedding presents, I should have a year to update my blog about something, right?***

The main purpose of this trip was to attend J's coworker's wedding.  A bit of a scandalous story about how the couple ended up together, but hey, life's interesting, eh?  So on Friday afternoon we drove out to the Columbia Gorge, passing the most amazing scenery I may have ever experience in the continental USA.  Oregon is beautiful!! 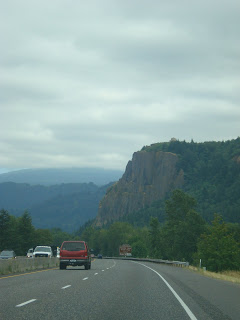 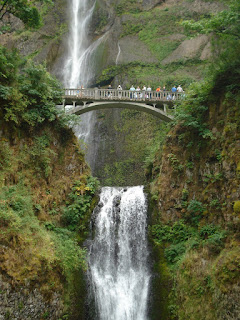 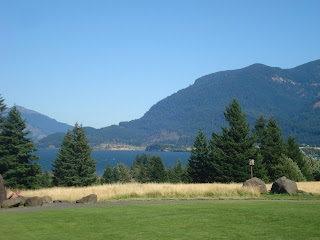 The wedding itself may have been the most boring wedding I've ever attended, probably due to the fact that I knew neither bride nor groom nor anyone else.  The couple doesn't live in OR, so they did most of the wedding planning via the internet, hence the spiky fake red-haired hippie minister lady who managed a nine-minute service.   I hate to say that the couple didn't even really look all that happy or in love. I felt bad for all the people who ended up in the wedding slide show at the reception, because none of the photos of friends and family were flattering - really just random, bad, candid shots.  At least dinner was pretty excellent.  I think J and I mostly went for the food?  Oh, and the drive....  Driving back during sunset was amazing! 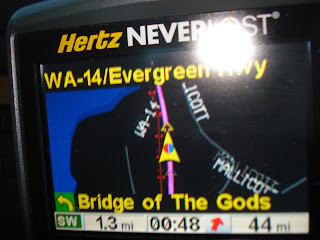 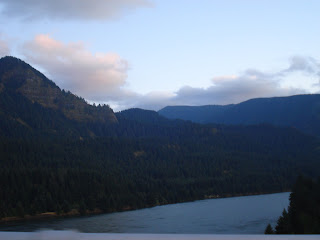 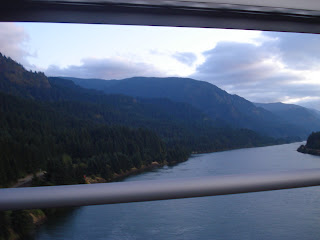 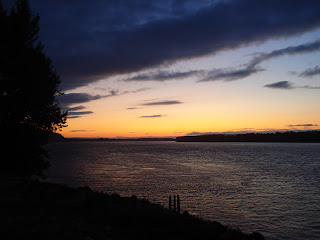 Bright and early Saturday, we were off to O, Canada! 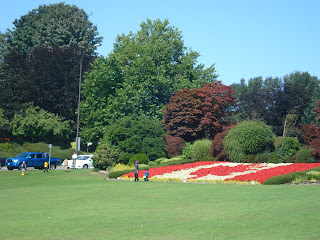 We decided to splurge on the hotel in Vancouver, since we were only there for one night.  Oh, and maybe because the cast of Twilight was filming at the time and were staying at this hotel....don't ask me how I knew that - I'm not a Twihard.  We arrived in the mid-afternoon and our room wasn't quite ready yet.  We dropped our bags and went out on a little walk.  Little did I know that I'd be back in a few months time for the Olympics! 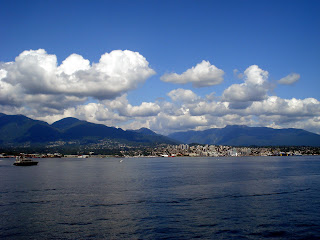 An hour of exploration or so later, our room still wasn't ready.  And at a nice hotel, that means a complimentary upgrade to a ridiculous two-bedroom suite on a high floor.  Too bad we weren't staying longer! 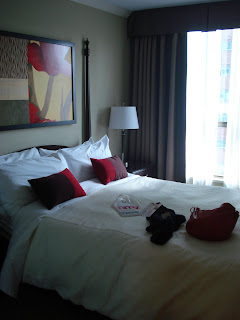 Saturday night, we were ready to tackle our reservations at Glowbal.  I have to say that I was incredibly impressed with the service, not to mention amazing food.  It was a packed Saturday night.  And I hate when trendy, crowded restaurants act like they're doing you a favor to let you sit down and hurriedly order something.  Despite the craziness, they were attentive and courteous without rushing us out of there.  Perfectly done.  And the sampler dish was perfect for late-night dining.  Too bad I didn't feel well and we left early.... 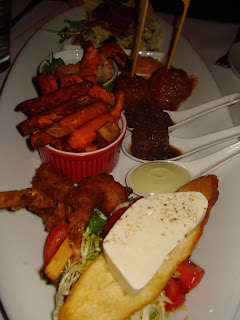 Sunday morning we had to get going, since it was our only day in Van, and we needed to drive back to Seattle that night. First up, walk to the water and little ferry to Granville Island. 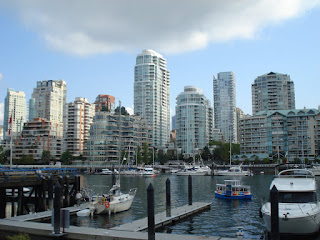 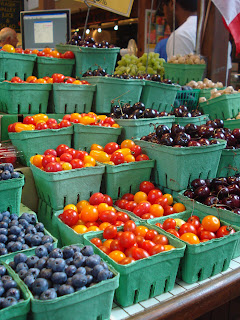 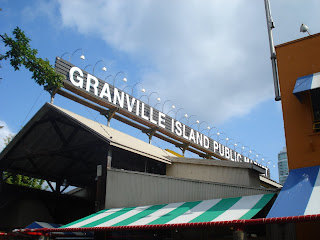 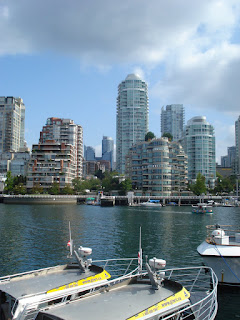 Next must-see place - Stanley Park.  Not without grabbing some sushi to go.  Vancouver's got tons of good places to choose from.  So good that the bees wouldn't leave me alone and I had to give them their own piece.  The flowers were just incredible.  I miss such greenery in Arizona!  I couldn't get enough. 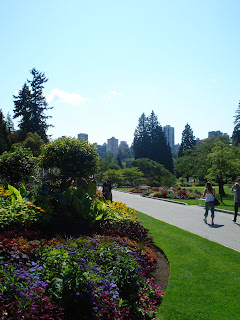 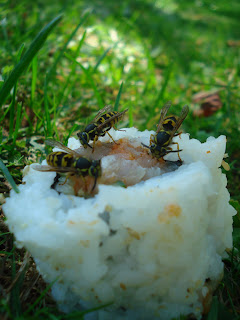 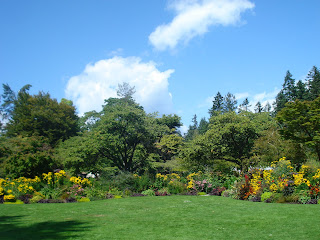 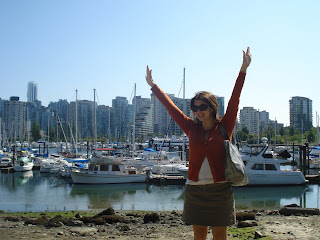 We relunctantly drove back to Seattle that night and were too tired for dining out - pizza from room service, please.  And that was an amazing decision on our part.  J had a flight back East in the morning, and I had a few hours to kill before my afternoon flight.  I decided to do the Seattle Underground tour, which turned out to be worthwhile.  Caught a glimpse of Mt Rainier on the way home - definitely would love to go back to the great NW! 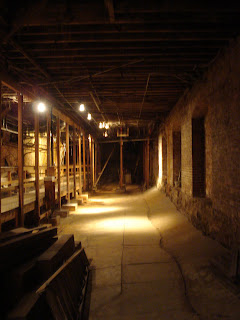 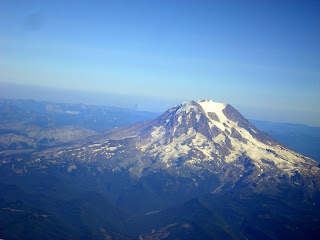