After a long day of travel we got back to Quito. This time we took the shuttle bus from the airport to the old airport in the middle of the city - much better than a cab fare into town. Wifi on the bus, too!

Since we would be leaving from a bus terminal in the south part of the city the next day, we cabbed to that end of town and stayed in a hotel in the old part of the city. Quito is a long skinny city from north to south.

We decided to have a chill night. It had been a solid week of traveling and we were ready for some rest. We looked up a movie theater with subtitles, and after a little nap we were off. We could've taken a $3 cab, but opted for the 25 cent bus instead. 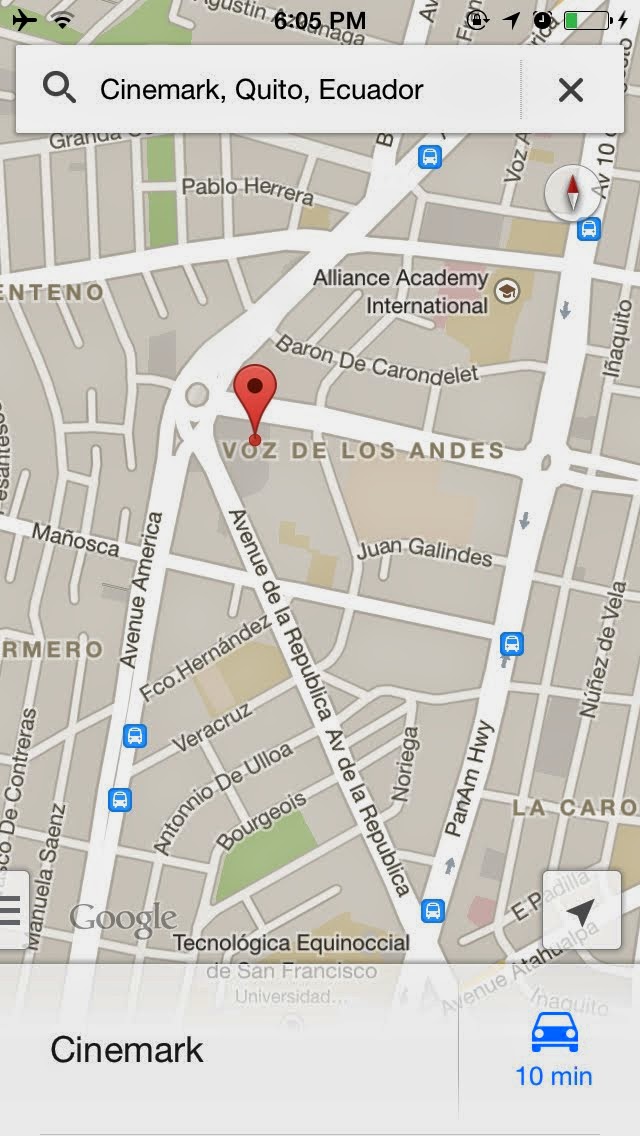 I followed our dot on the map on my phone and we hopped off a couple blocks from the theater. Um, not a lot there - we walked a few sketchy blocks then found a mall. 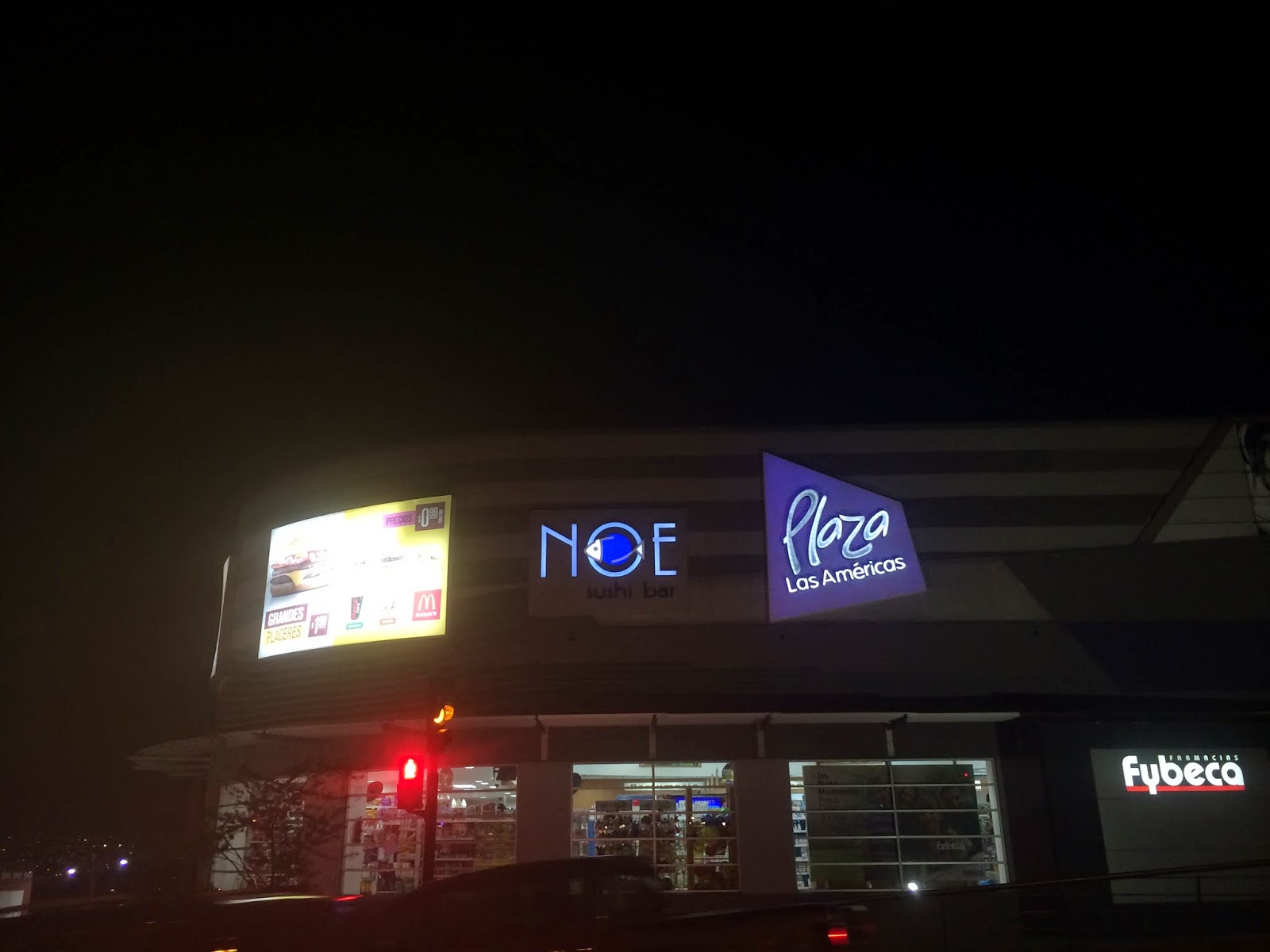 We opted for a pizza place for dinner. It was decent and expensive. 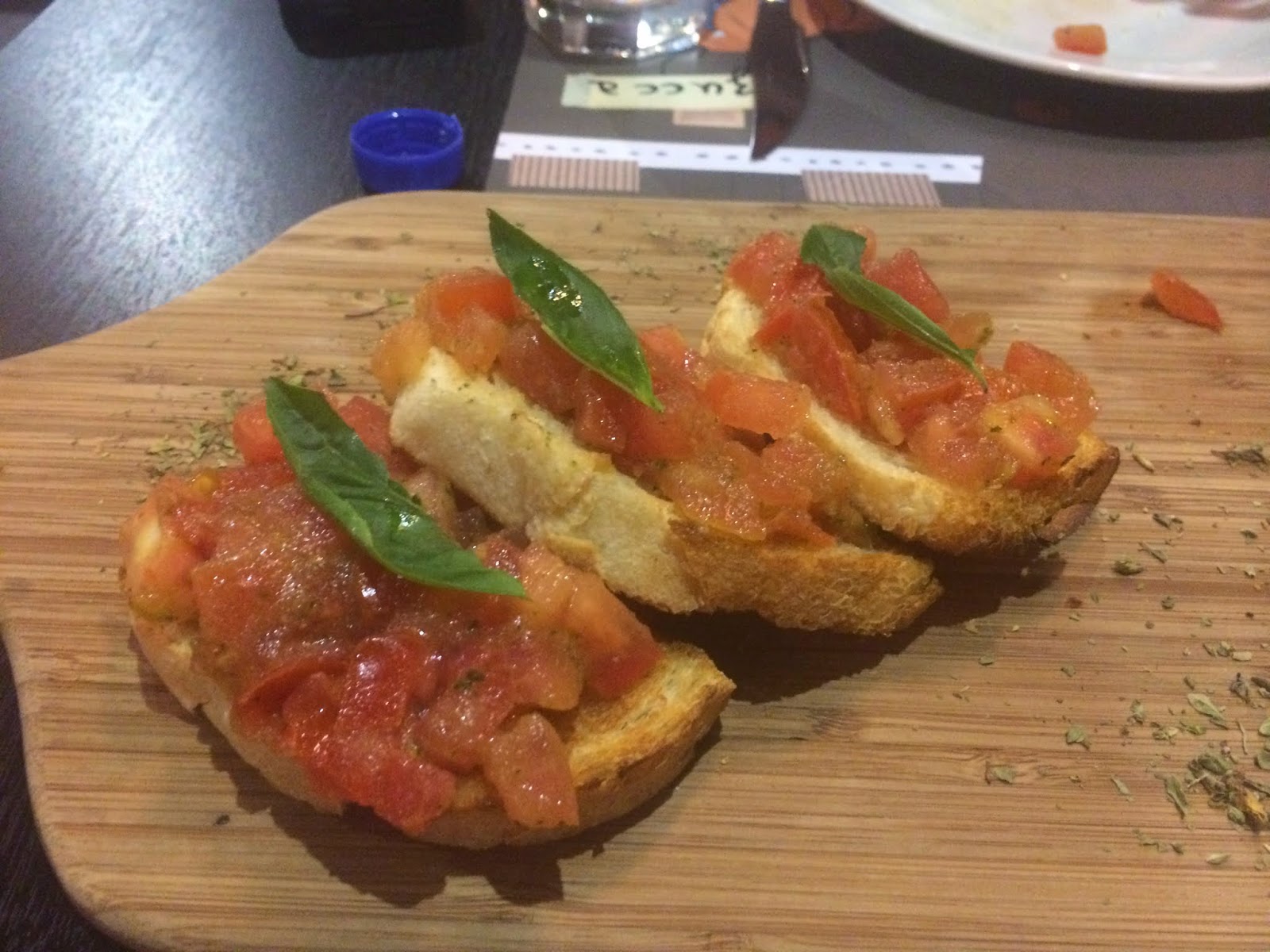 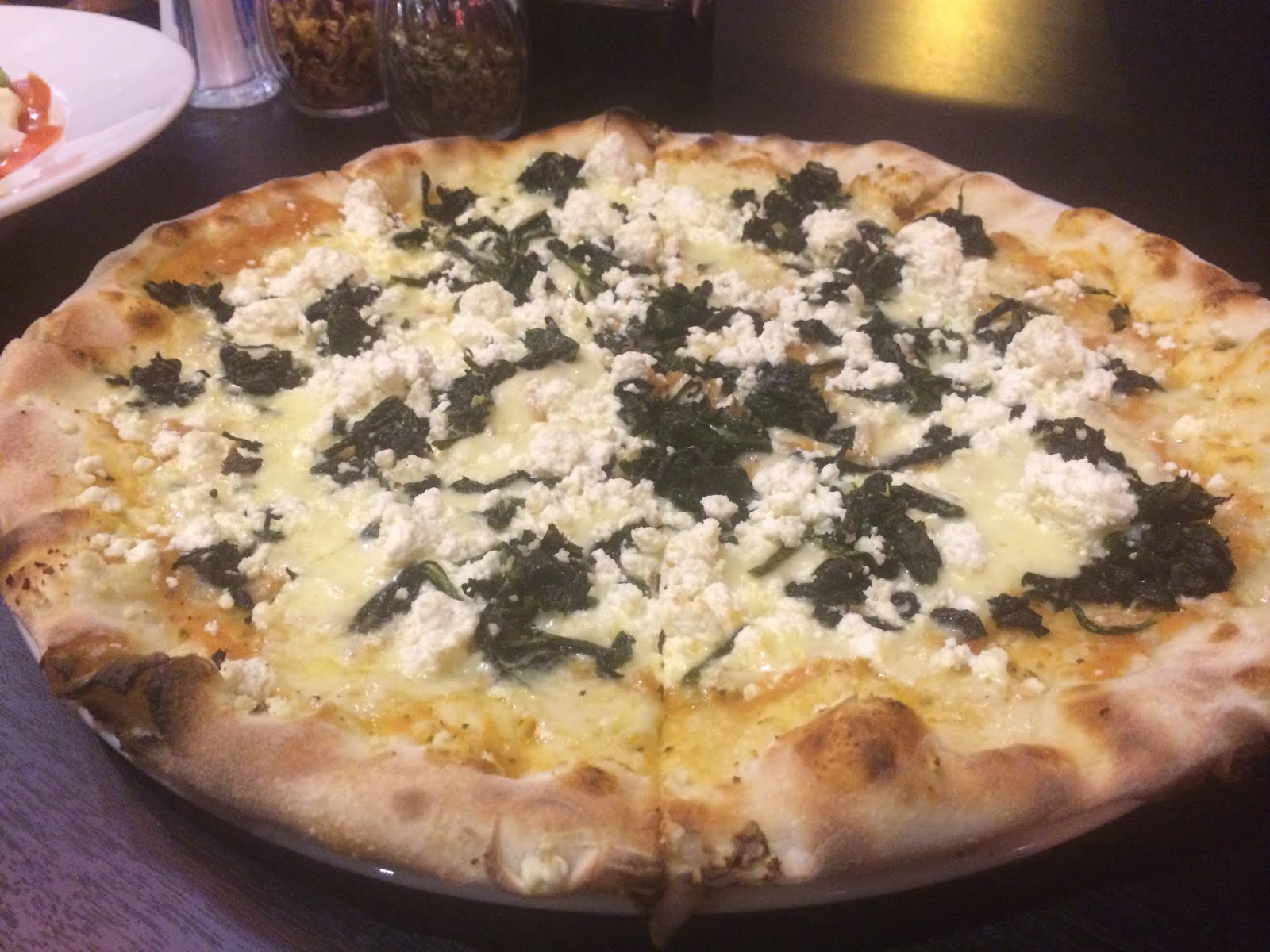 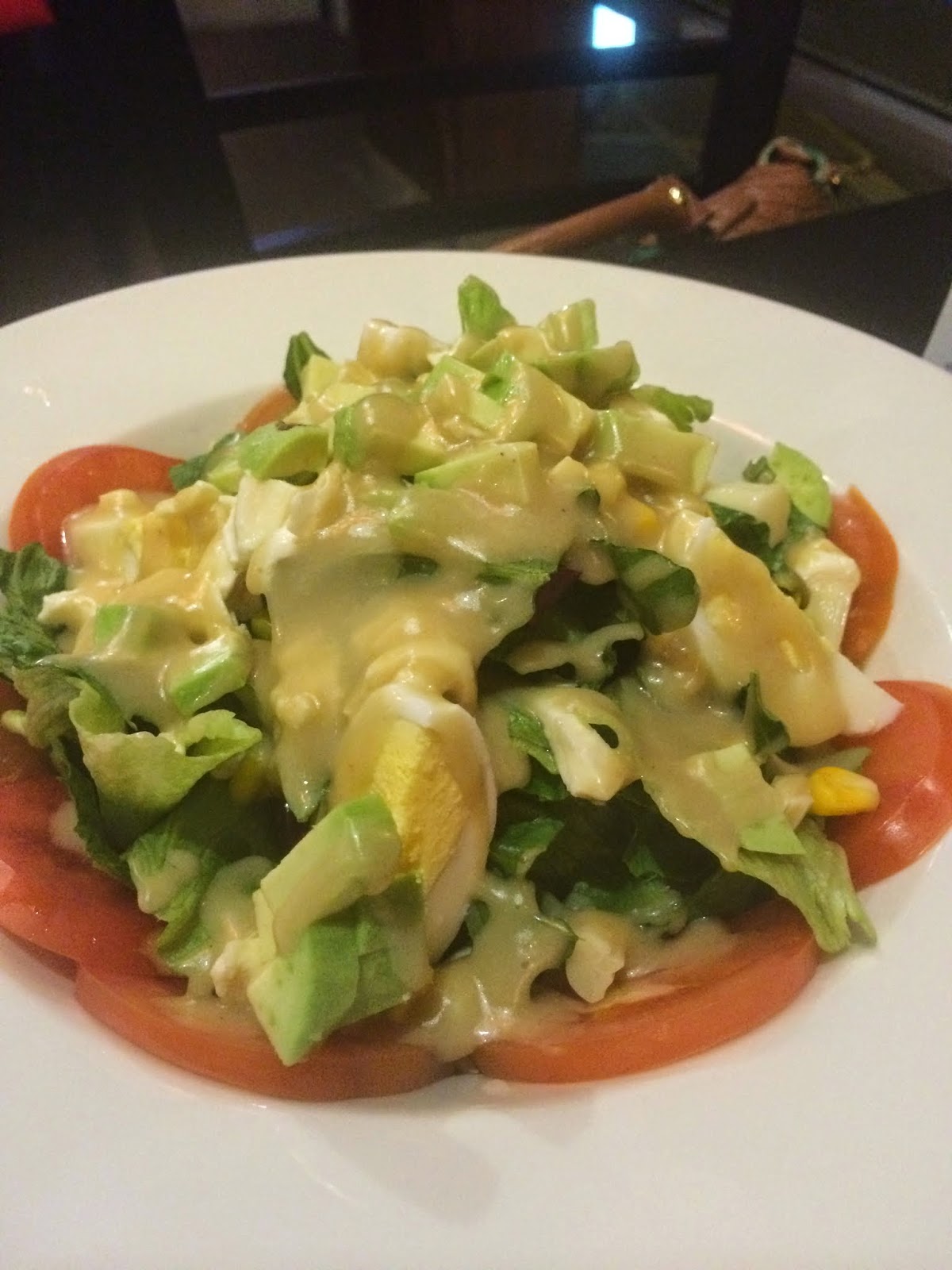 Movie choice for the night - Maleficent. 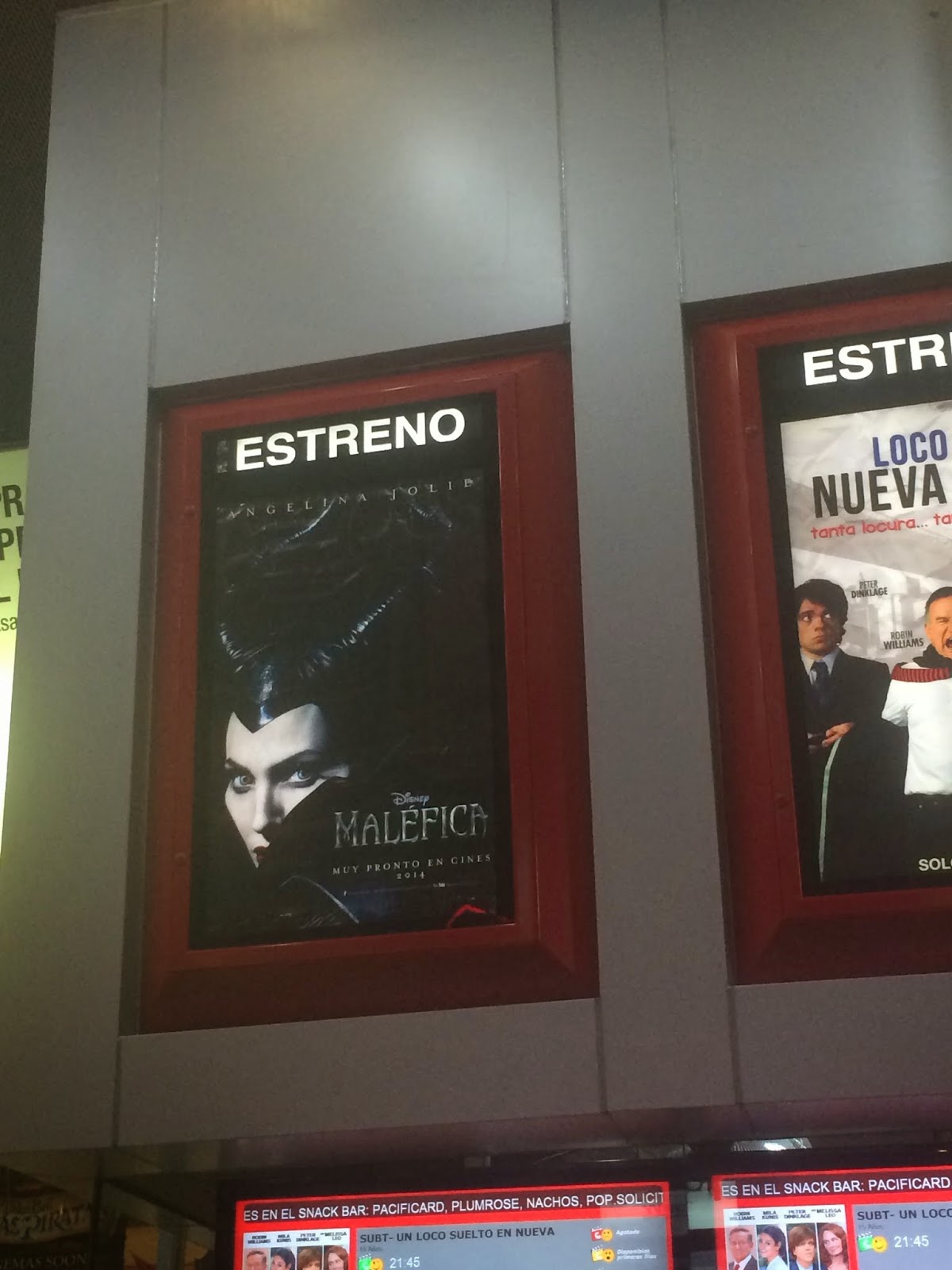 The word for popcorn in Ecuador is not a word I was familiar with. And there are different receipts given based on the kind of tax or something? They kept asking me which one I wanted - I have no idea. 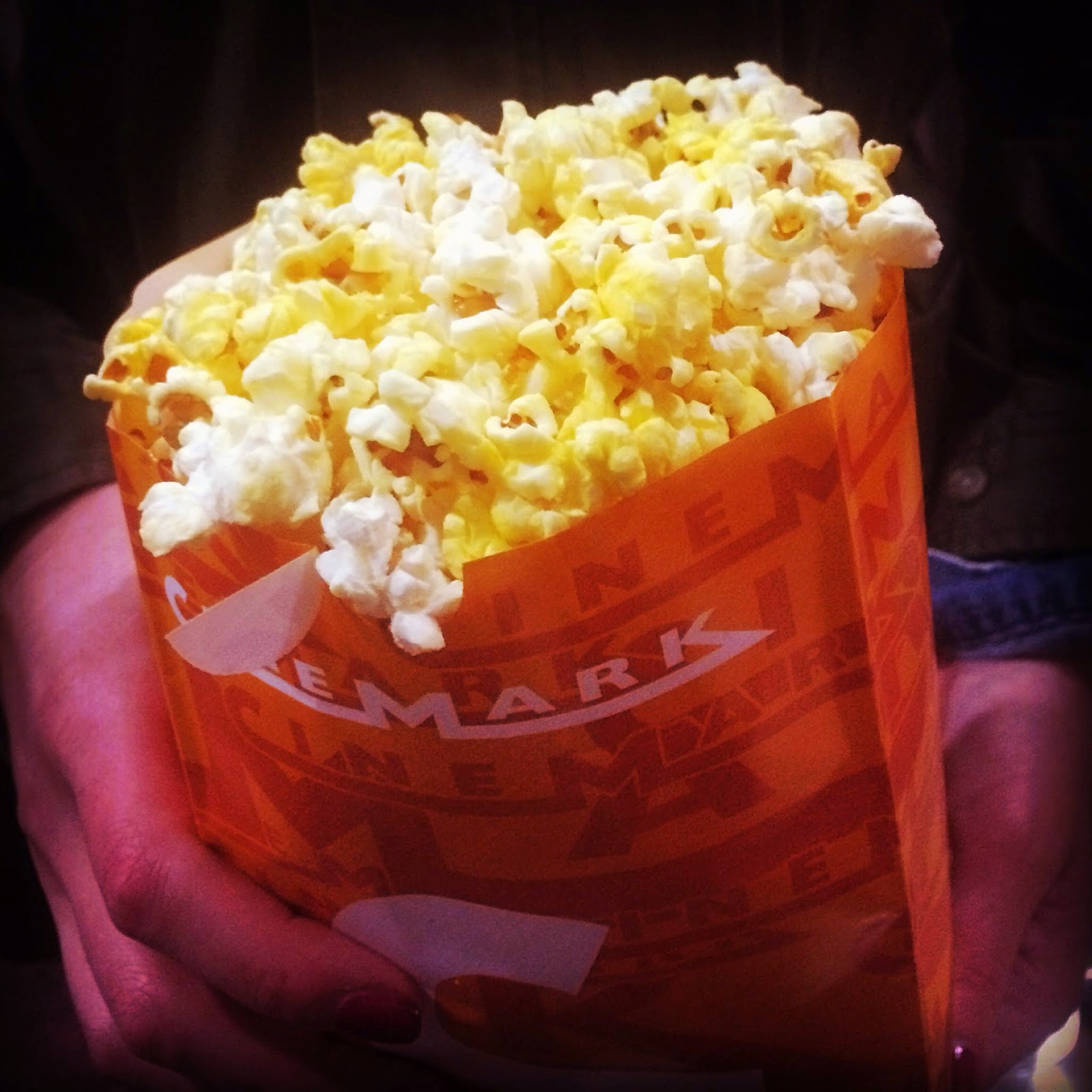 As we walked into the theater, people were handing out these hats and noisemakers. I don't think we got one, but everyone else did. As the lights went off, some World Cup video came on the screen, and the hype team pulled this huge Ecuador flag over the entire audience, and other people were banging drums. Then the video went to an old clip of Ecuador scoring a goal in a previous World Cup, and everyone in the crowd went nuts and jumped up. They had cameras on the audience and were showing the crowd on the large screen. Lights and noise and yells everyone - it was quite the spectacle and really fun to watch. Then we got to the actual movie. 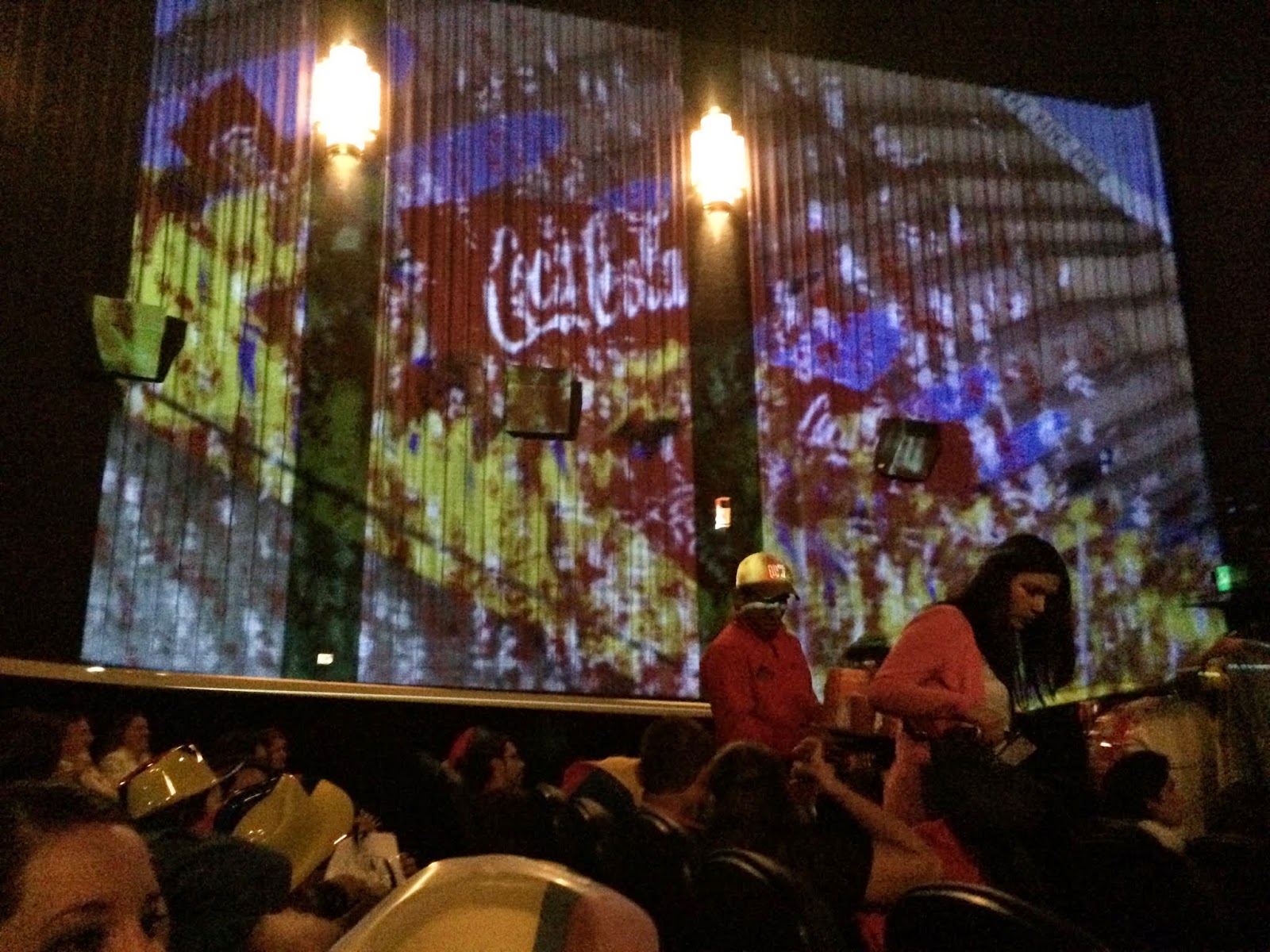 After the movie we walked back to the bus stop, and even though it was only 10pm on a weekend, the bus wasn't running any longer. We were a little sketched out - I imagine Quito has a very seedy underbelly - and we couldn't even find a cab until we walked back to the mall. We showered and slept well. 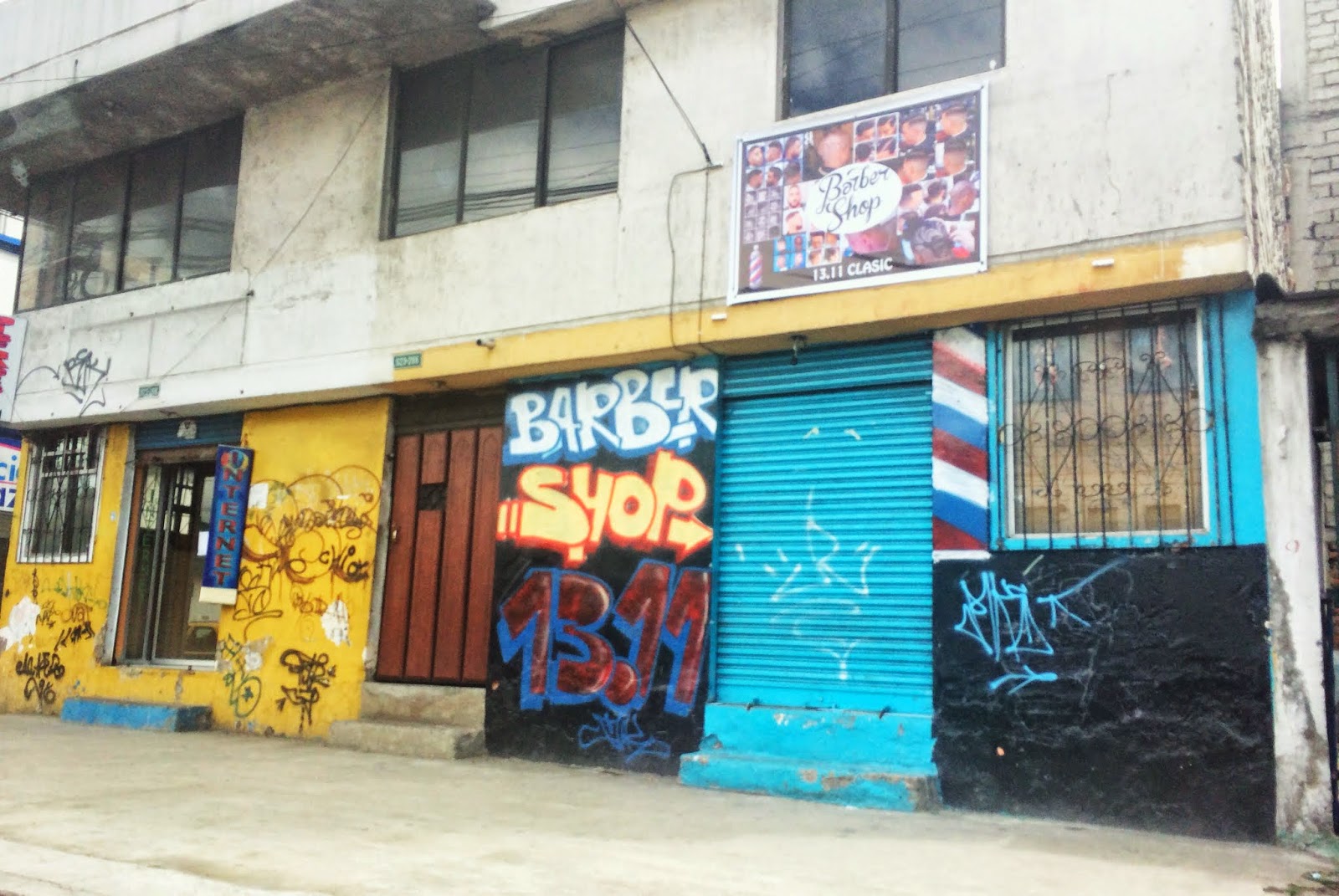 Sunday morning we got up and took a cab south to the Quitumbe terminal to get a bus to Banos. 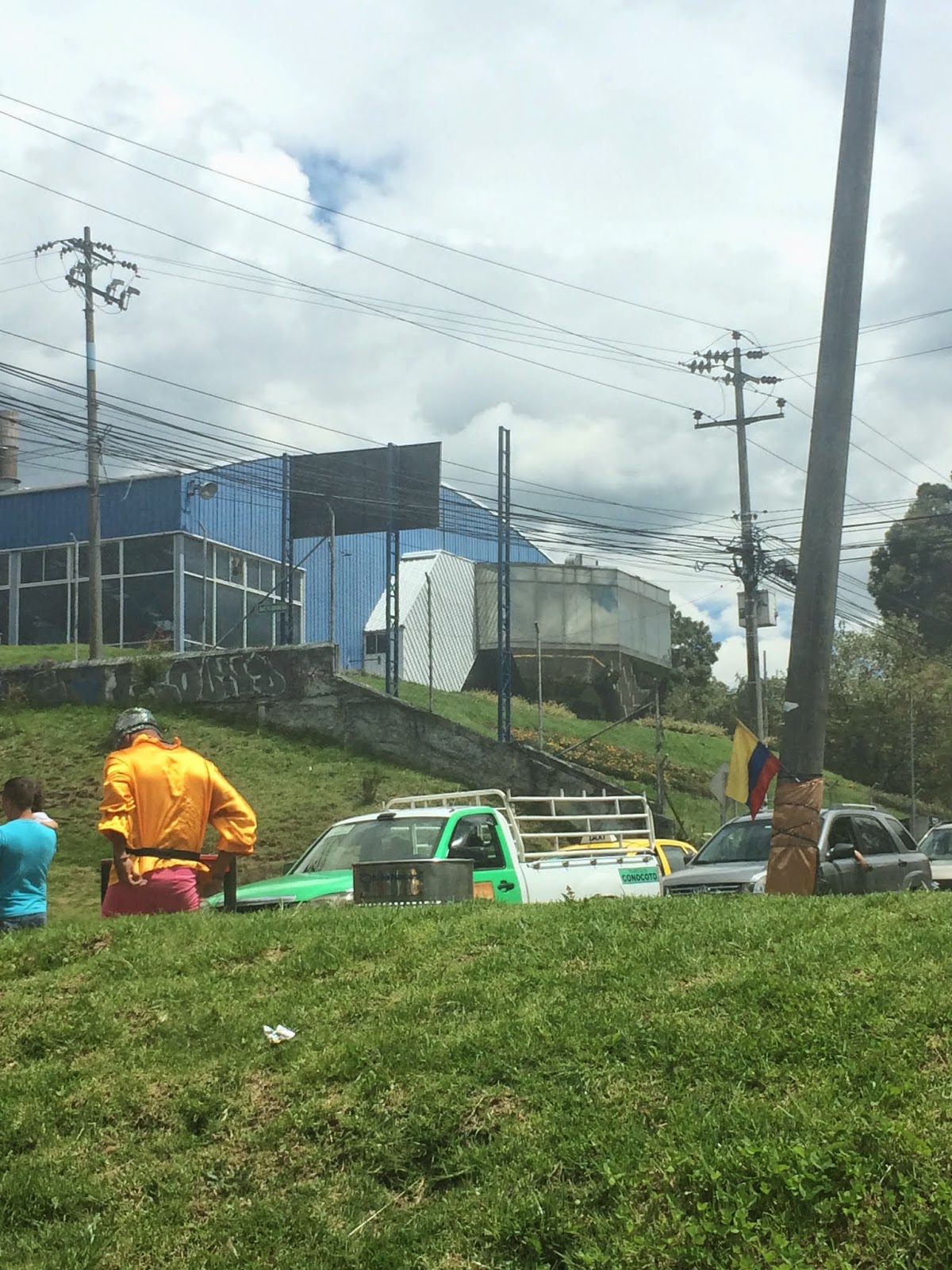 The bus station was a little large and overwhelming. I left Meghan to go figure out where and how to get tickets to Banos. It looked like there were several companies with service there, and finally a guy in one of the booths called out to me after seeing me walk around. He was so nice and helpful, and told me which booth number I could go to for a ticket. 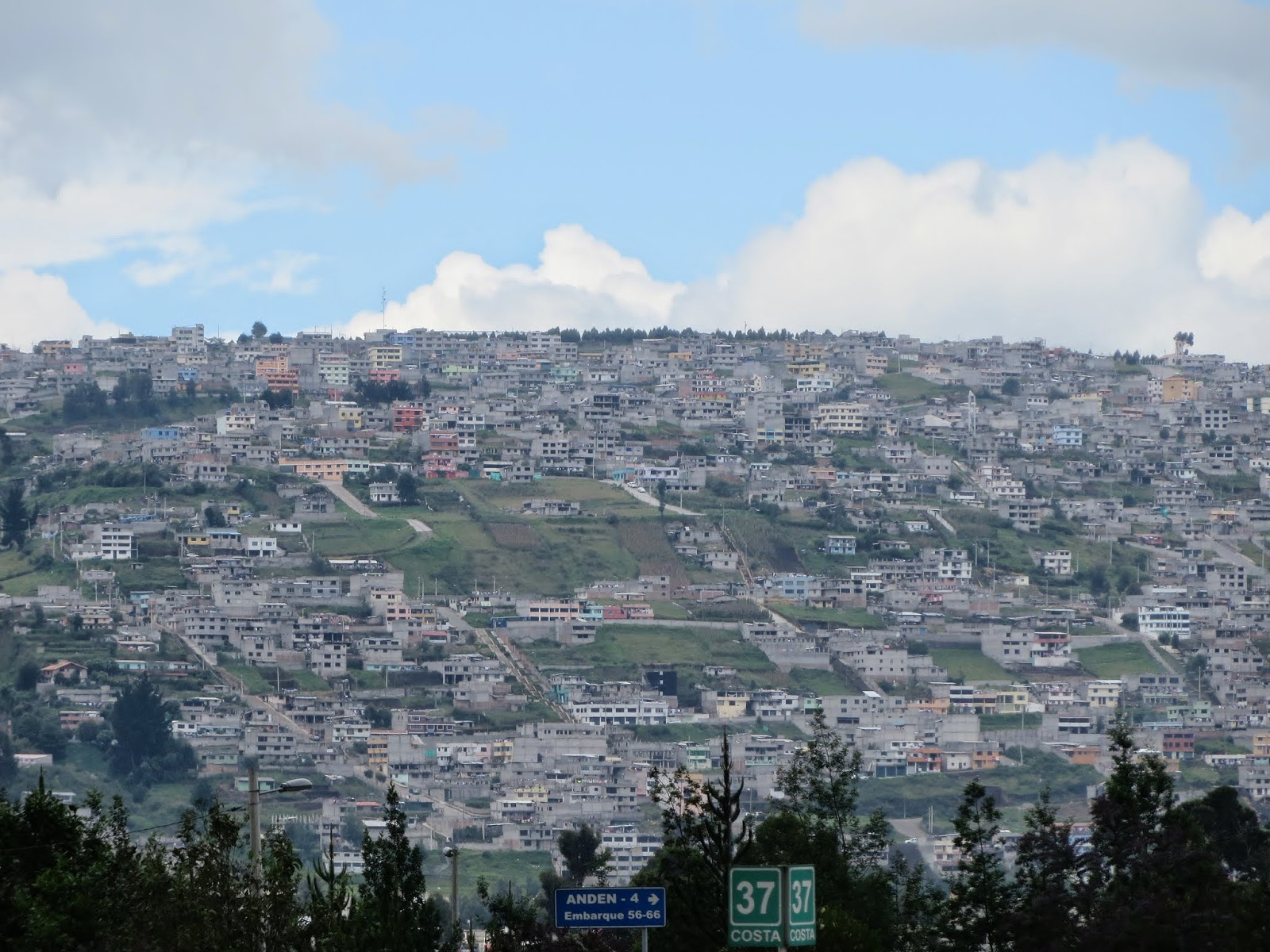 We found a bus that left 40 minutes later, so we grabbed some snacks and boarded with some other tourists. We were in the front row and had first pick of all the goods sold by all the people who jumped on and off the bus during the 3 hour trip. 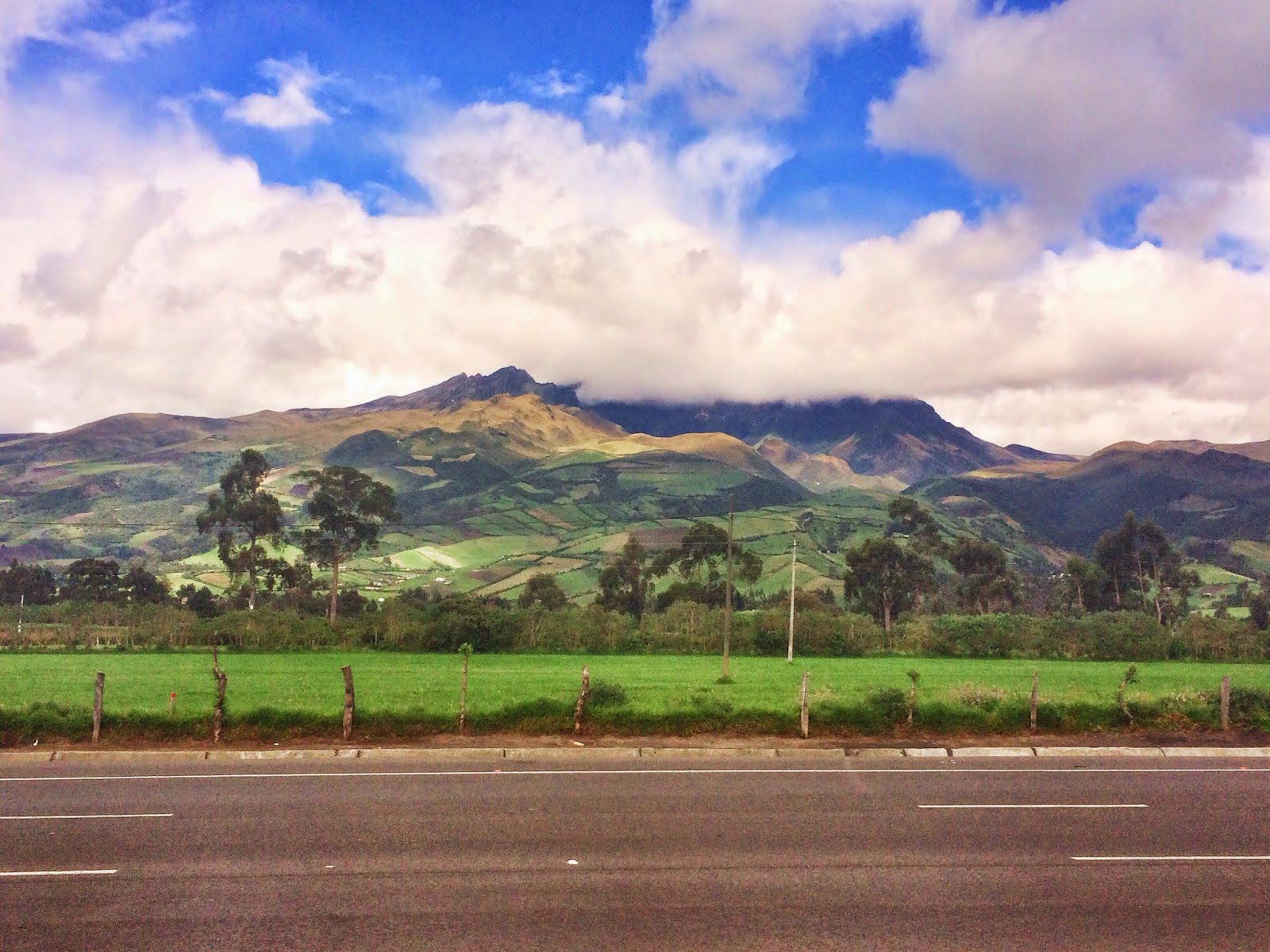 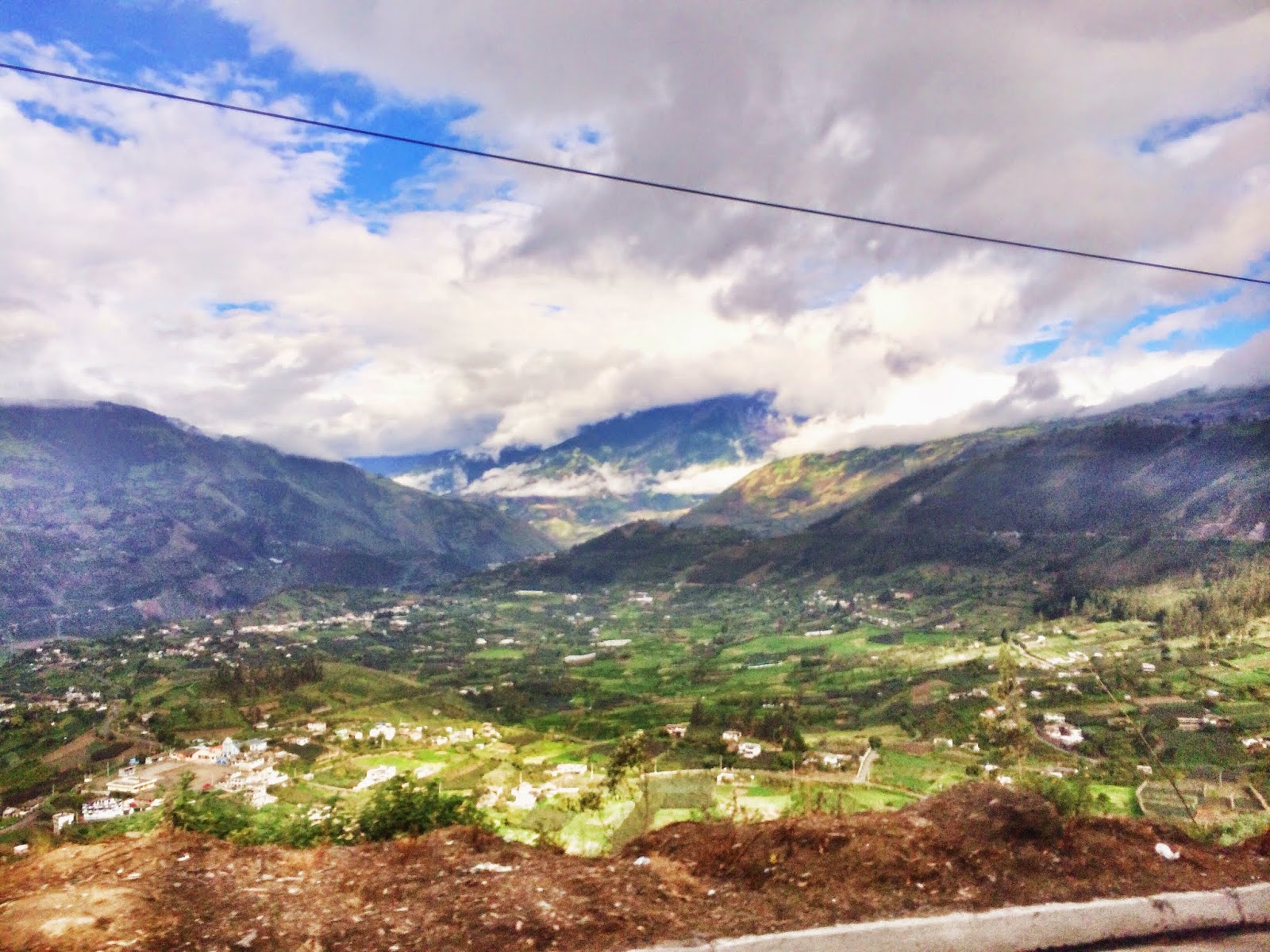 From the bus station in Banos, we got a cab to our hostel for a whopping dollar. We had a triple room with a view of a waterfall at Princesa Maria.

We headed out to explore the town. 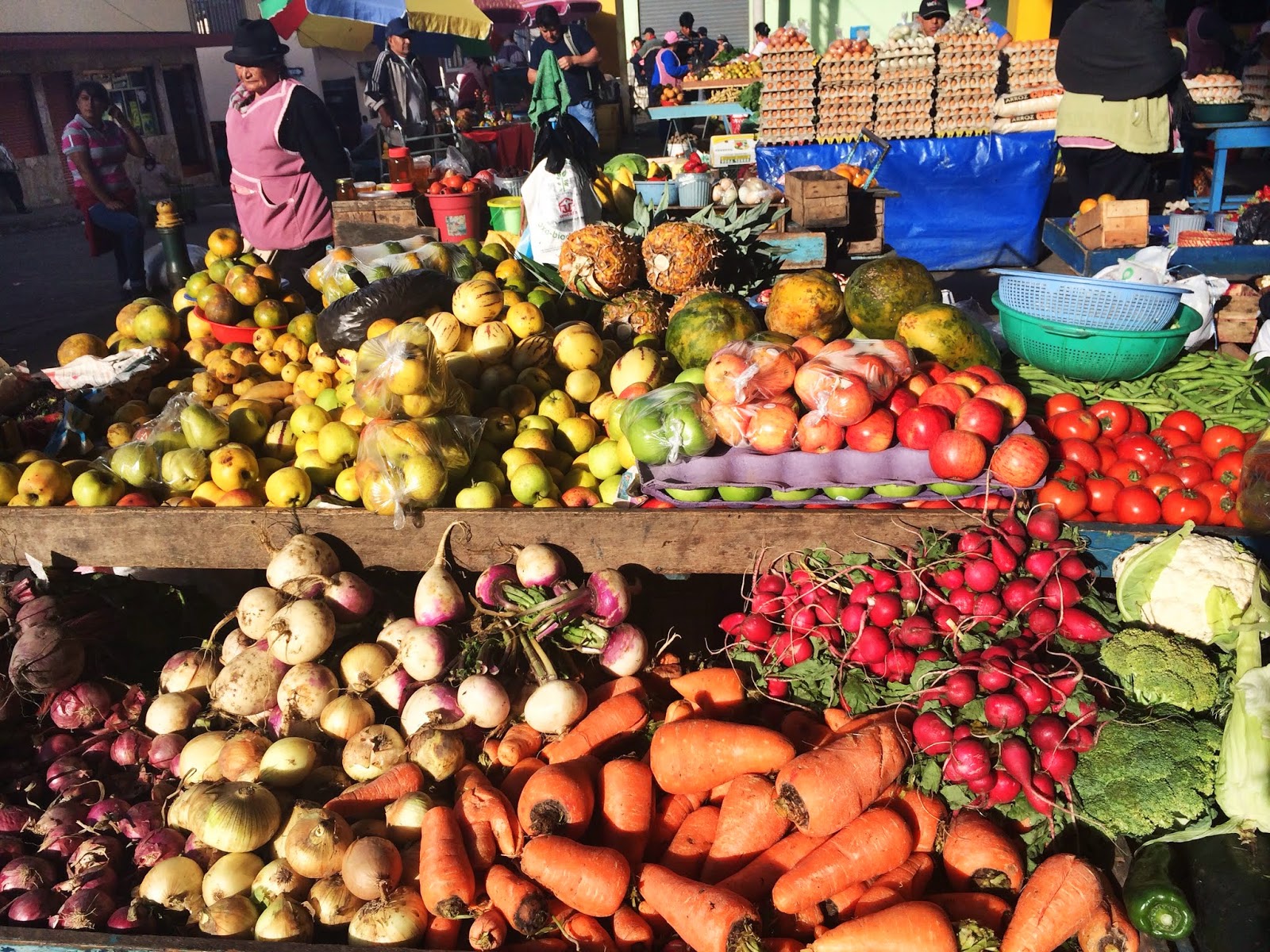 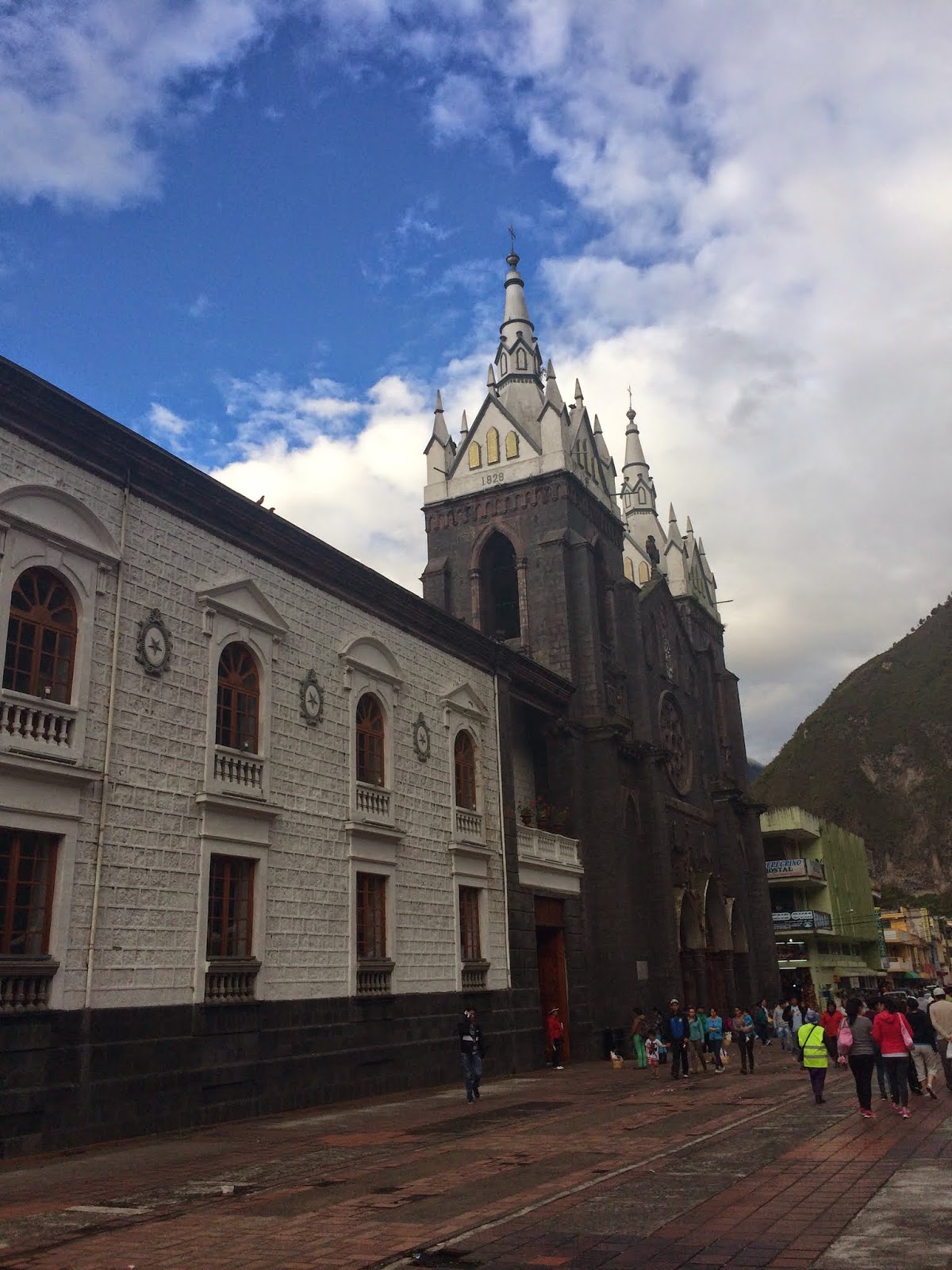 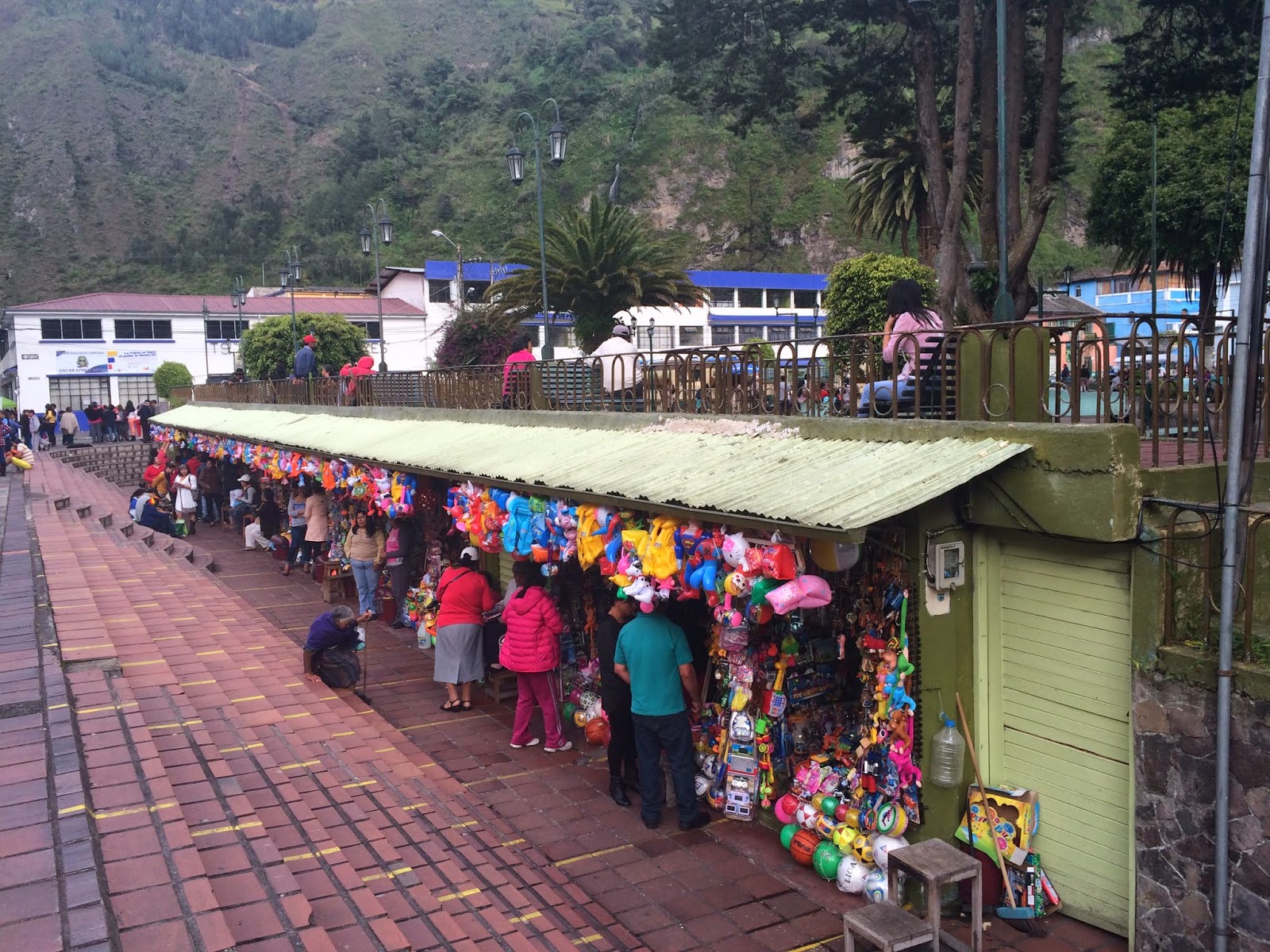 Cheap dinner at a traditional place - chicken and lomo. Always go with the full pitcher of fresh lemonade. We only had a $20 to pay with (US dollars, baby), and the poor lady had to go out searching for someone to break our bill. 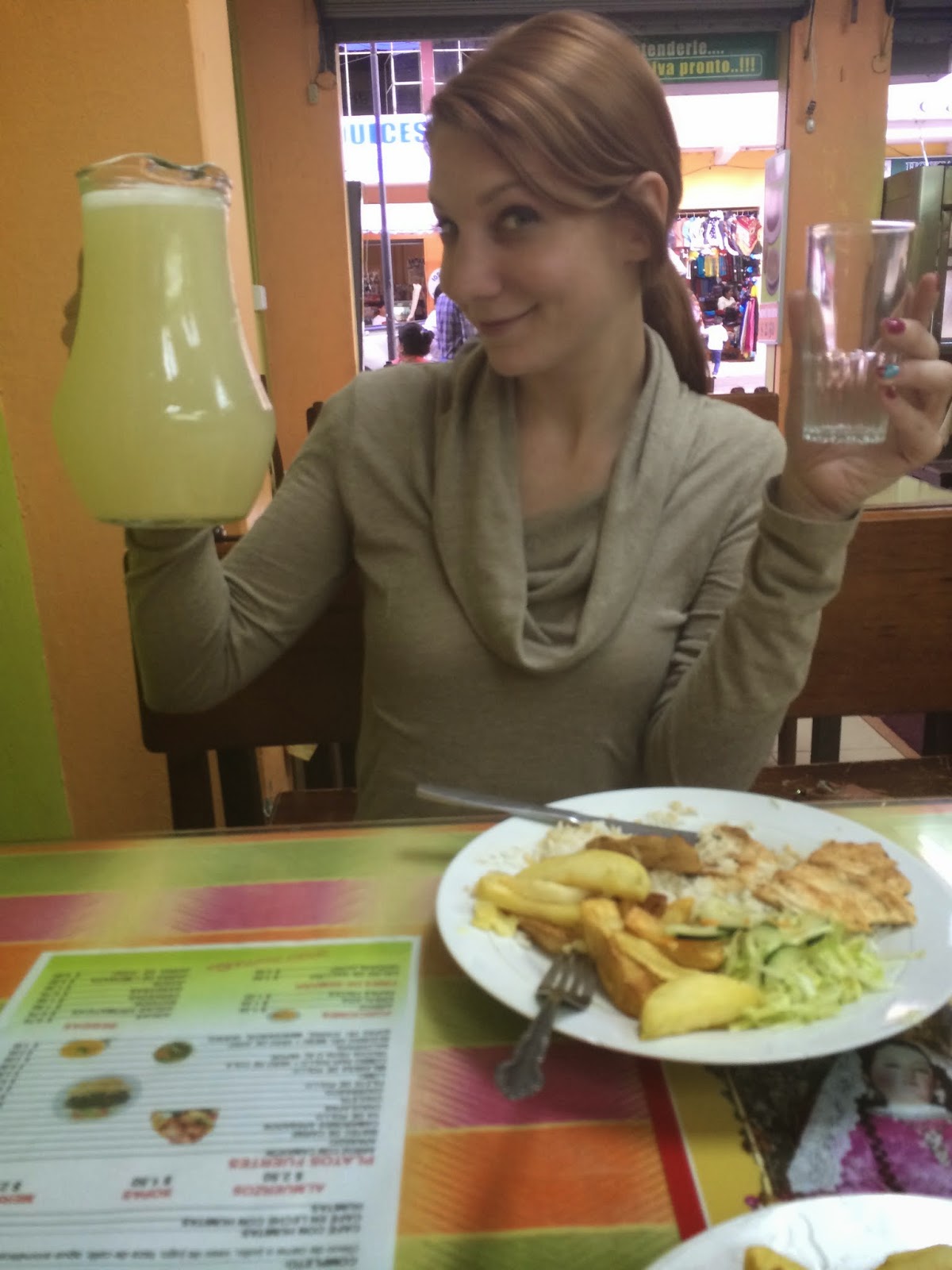 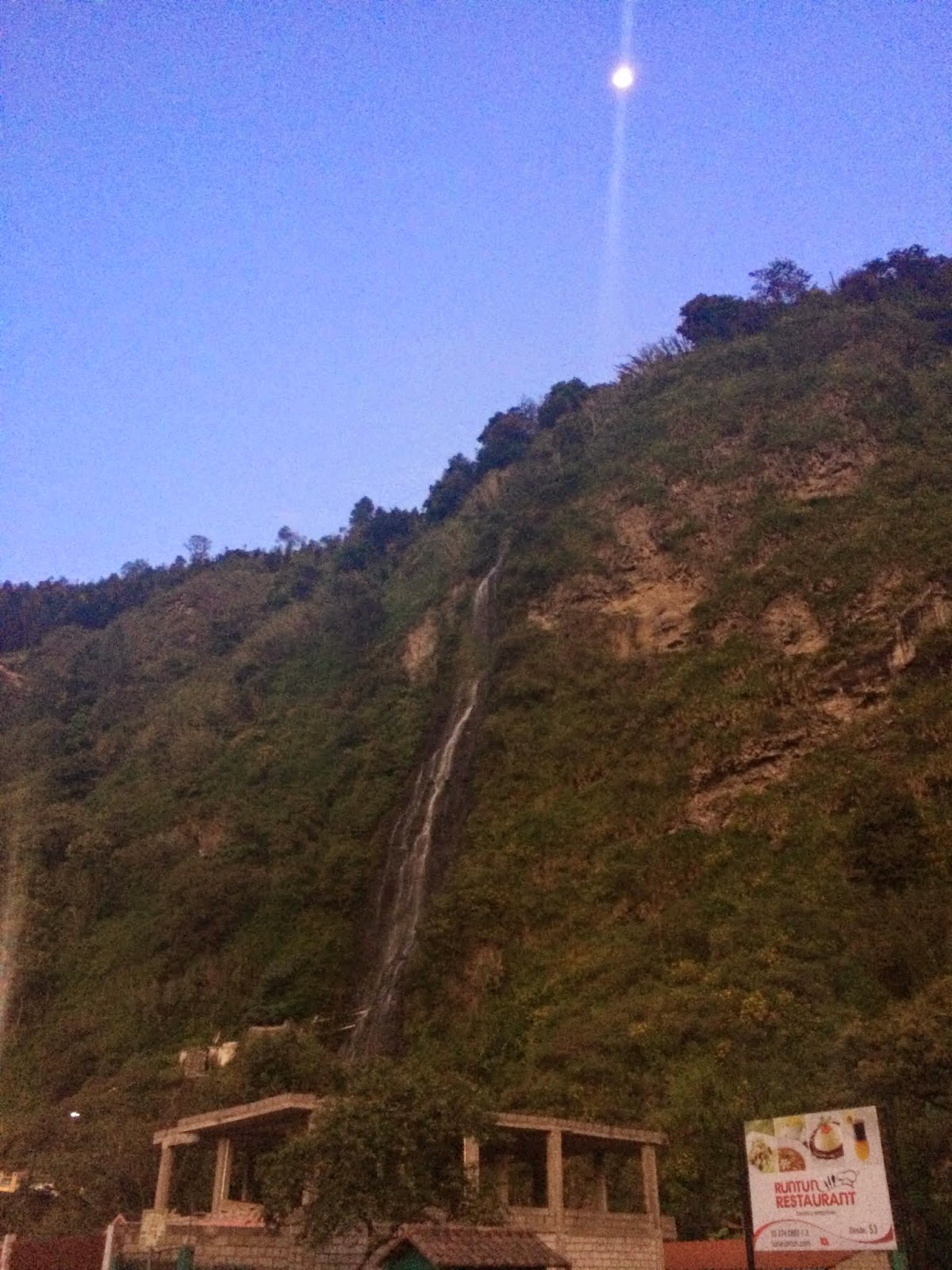 Banos is full of travel agencies with all sorts of activities, so we stopped into one and booked a jungle tour for the next day. While planning this trip we looked into going into the Amazon for 3-4 days, but decided it'd take too much time. This one day tour would have to suffice. 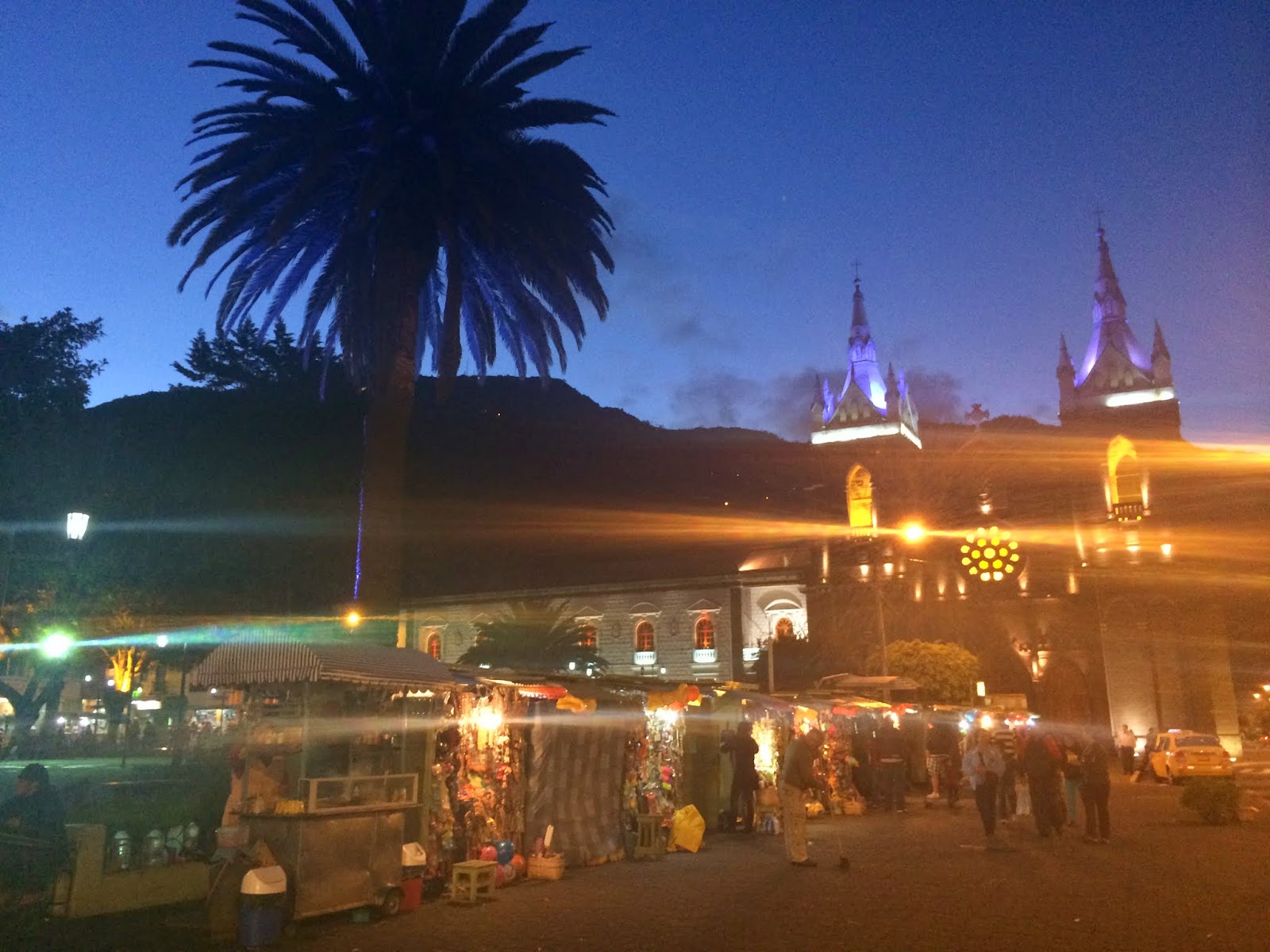 For dessert, Meg found a grilled banana (all over the city), and I found some ice cream. Then supermarket time for some snacks and water. This place loves gelatin more than Utah. 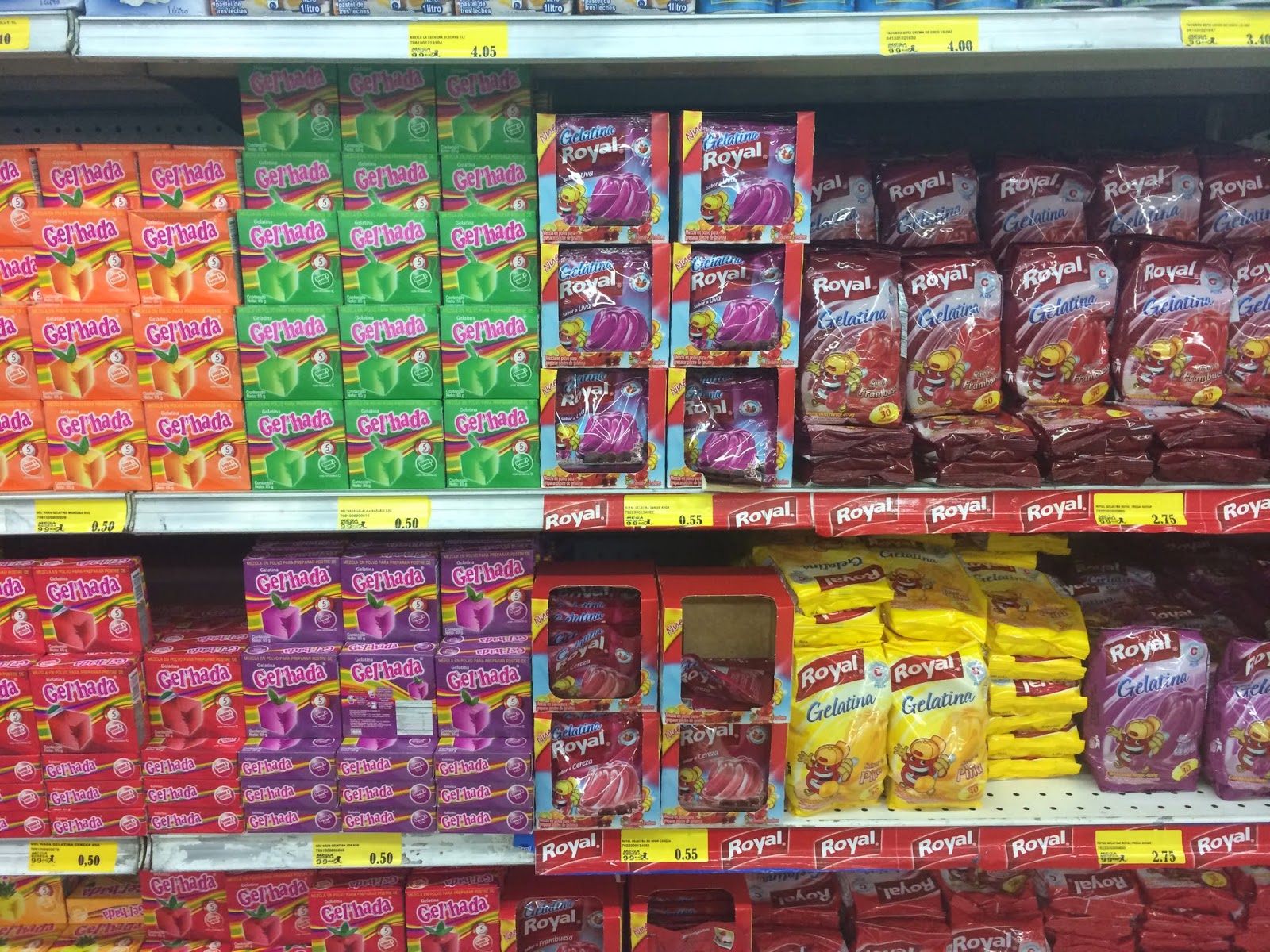 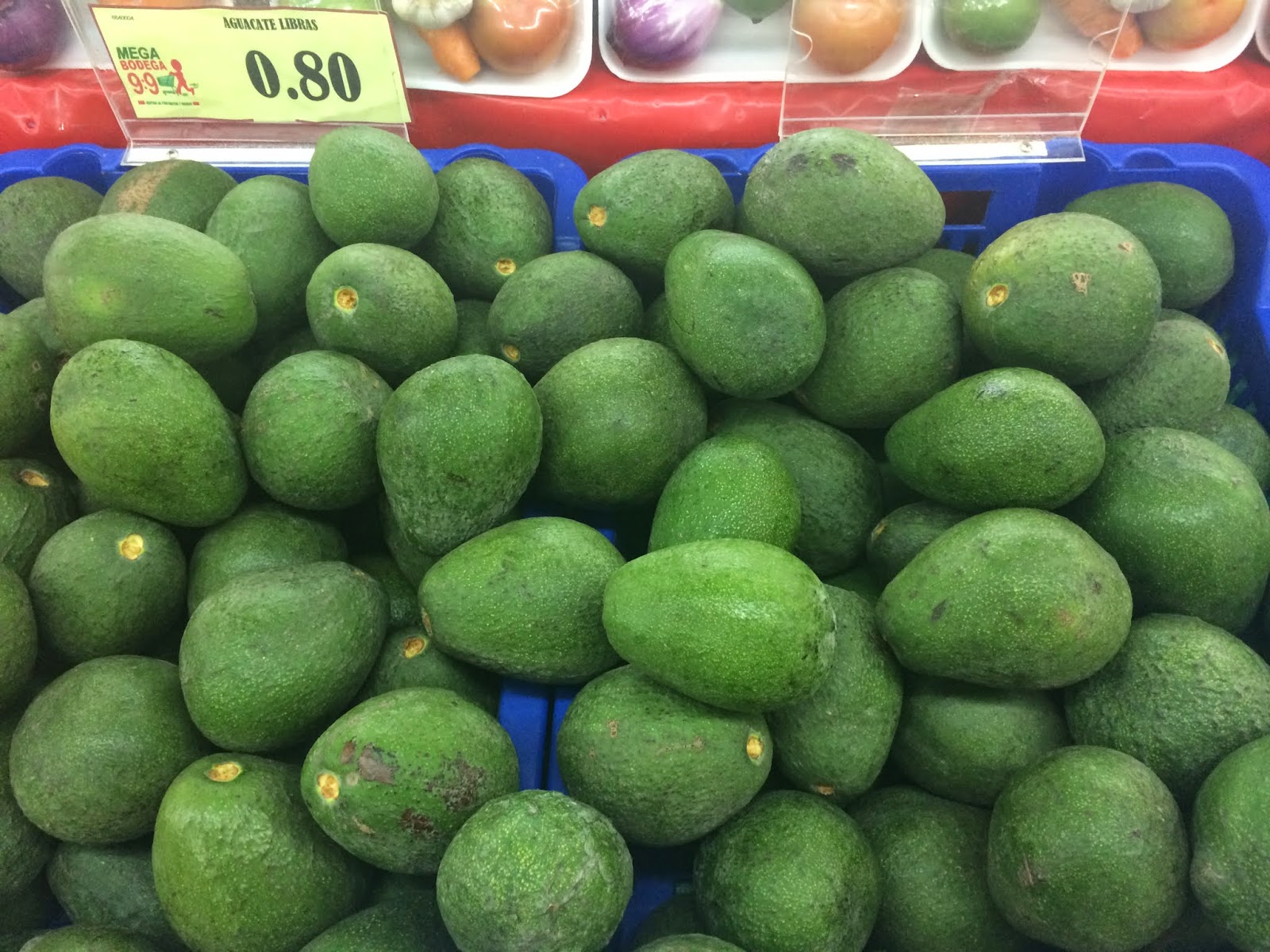 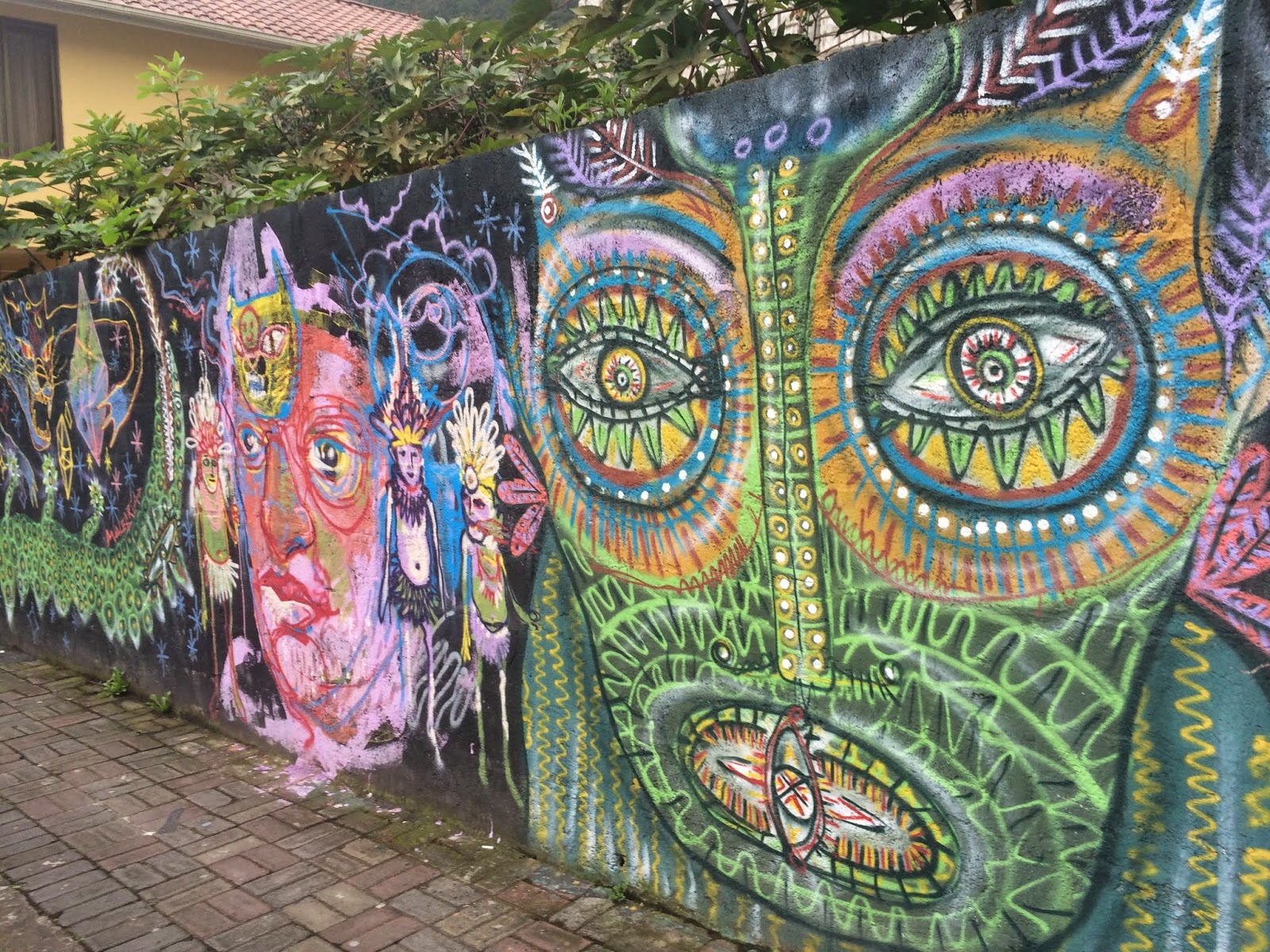