Thanks to wonderful instant technology, posting about my flight delay to Utah on Facebook granted me a phone call from a friend who was also simultaneously waiting in another airport. I was due to visit Erin and her cute family and since neither of us had plans for the 4th of July weekend, I headed over to San Diego. For the record, driving I-8 from Phoenix is worse than driving I-10, but it's worth it :)

Erin and Todd had free zoo passes, and I hadn't been in probably 2 decades, so we lived it up. Who doesn't love animals? 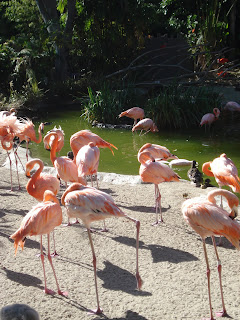 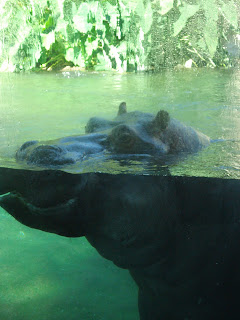 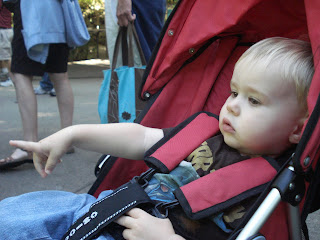 I love this child. 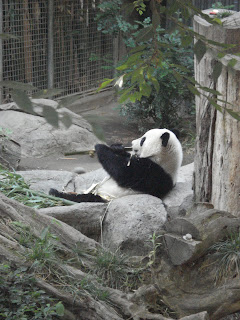 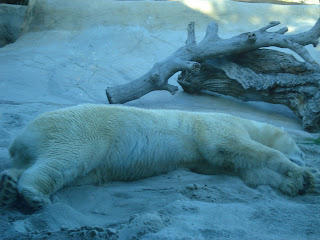 Could it be the polar bear from LOST? 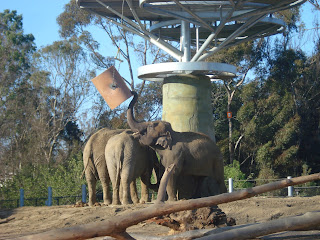 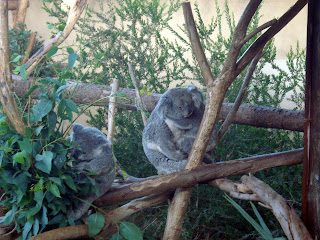 The obligatory try-to-get-most-of-us-in-a-picture picture.... We spent the rest of the weekend doing a little shopping (and sweet Joseph was concerned when I split off for a bit to do my own thing. Love him), hitting the beach, watching fireworks at the Four Seasons, and catching up. 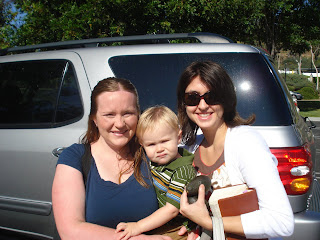 Two weeks later I flew back home to Oklahoma for Taylor and Courtney's wedding reception. The newlyweds and Courtney's parents came in not even for 48 hours, but we managed to pull off a lovely reception and have a good time while we were at it. I had to play the greeter role for a bit, and it's a little strange being back in a place where I haven't lived for a decade, with people who clearly remember me, but their details are a little fuzzy in my mind. I think I faked it okay.

My mom had some of the food catered, we made some stuff, and the cake was the most amazing cake I've ever had, even with the fondant icing. Courtney also survived her first trip to Poteau. 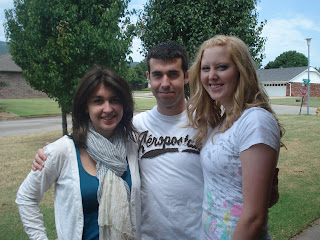 The next weekend I got word that Slick would be in Cali on a work trip and that we could crash the W in Westwood for the weekend. What, what, I'm down with that. I rolled in Friday night, we hit sushi, beach, a Dodgers game, and fought the crowds and bouncers to get back into our hotel Saturday night since apparently it's some nightlife hotspot. Only a slight annoyance. I even managed to get up at 5am and make the drive back to Phoenix, since I didn't have time to find a replacement on the organ for church. I'm so responsible. 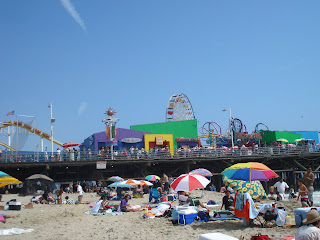 Christian pretended to steal my bag while I was napping on the beach. Not funny, jerk. 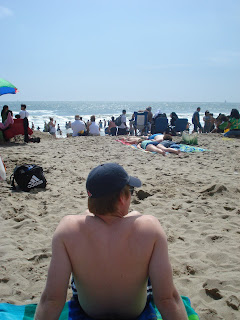 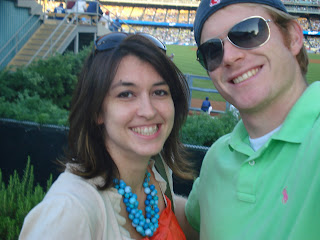 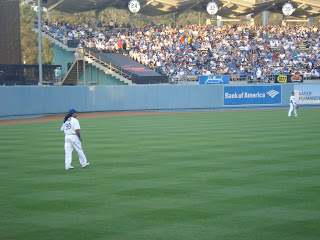 Dodgers won in the bottom of the 9th, with Casey at bat. Really. 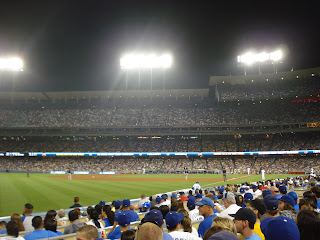