So back in April Nico Muhly, Bryce Dressner of The National, and Sujfan Stevens came to town to perform Planetarium at Disney Concert Hall. I feel like the event wasn't highly publicized, but maybe it didn't need to be. I'm glad a friend in AZ tipped me off back in January so I could buy tickets.

The whole evening was a musical delight, and I'm glad I caught it. I wasn't familiar at all with Nico's work, but the first half of the evening included a string quartet playing  his Diacritical Marks.

There's a beautiful dance between the violin and viola in the 3rd movement (starts around the 5:40 mark) that comes back later in the piece with the cello and eventually the other violin.  It's lovely. This is another group performing it another day, in case you want to listen.

Bryce and Sufjan had some additional works featured before an intermission.  The second half of the show is why we were there, however, the title work - songs for each planet, even Pluto! A whole slew of trombones, lasers, lights, computers, a string quartet, it got a little trippy. The music was up and down for me, though I wish I could remember now which planets were highlights for me.  You can read a review here and watch a piece there:


No pictures allowed inside, but I took one outside when this one stole my jacket (and it looked better on him than me). 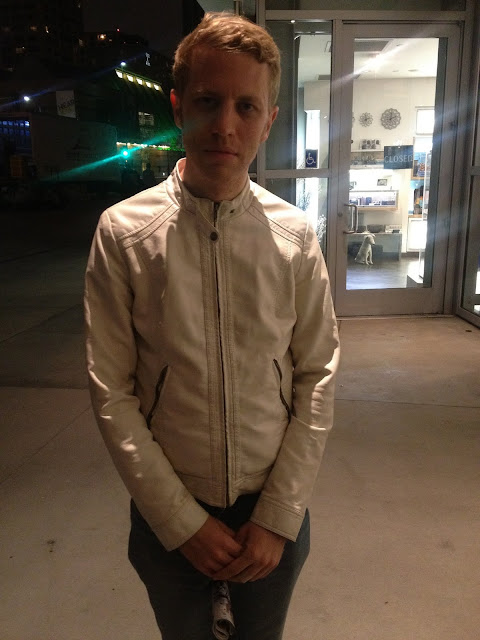 A few nights later, Tim revived his old tradition of donut night, which I'd never previously been privileged to experience. It was good stuff!  He spent all day making about 80 donuts, I think, all in honor of Aaron's birthday. Apparently this donut night used to happen on a regular basis, so I need to see what needs to happen to keep Tim in the habit! 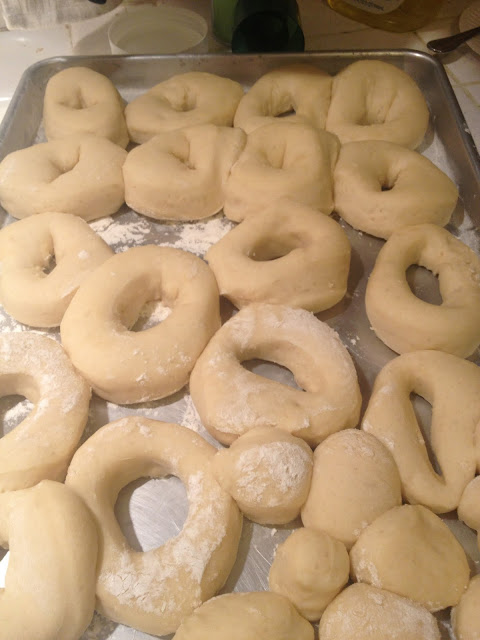 Different flavored glazes, made with the secret ingredient - Koolaid! There was plain, orange, lemon, and cherry. 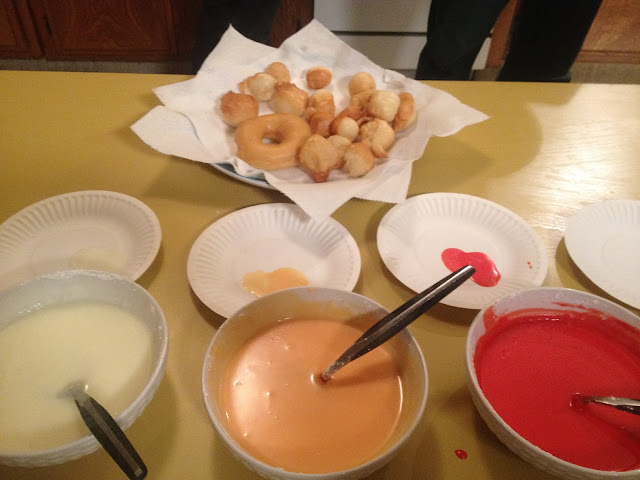 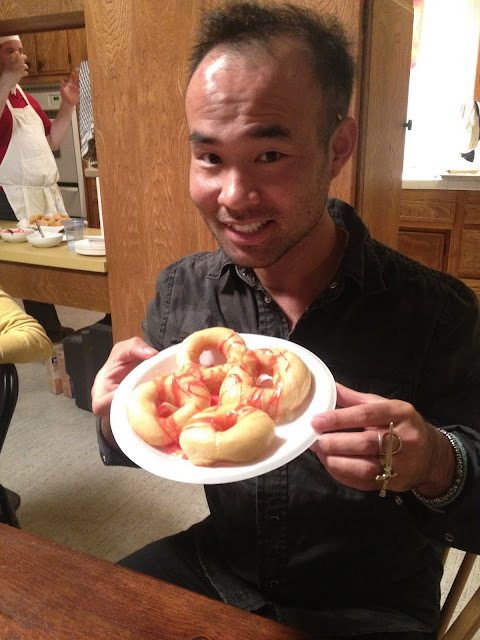 Okay, so I love these things, and a couple years ago I was staying at my dear friend Christian's house, and I found a couple in his bathroom.  I asked why he hadn't used them (his bathroom could've used one or two) and he said he didn't know how they work.  Um.... pull up on the top to expose the fragrance? He hates me for that, and I reminded him recently. We had a good laugh. 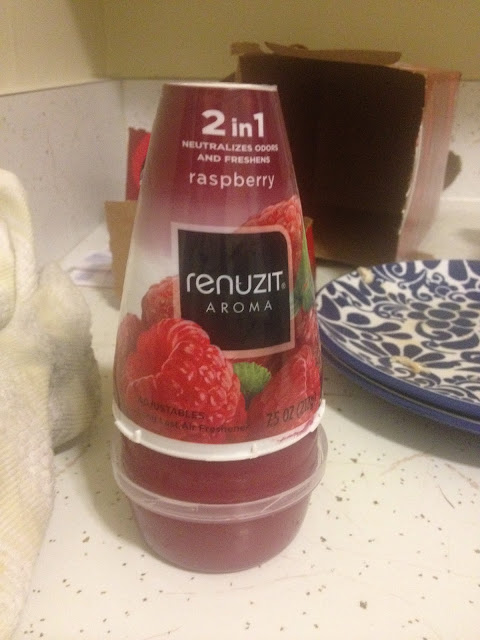 I made a pizookie one night. Man, those things are good. 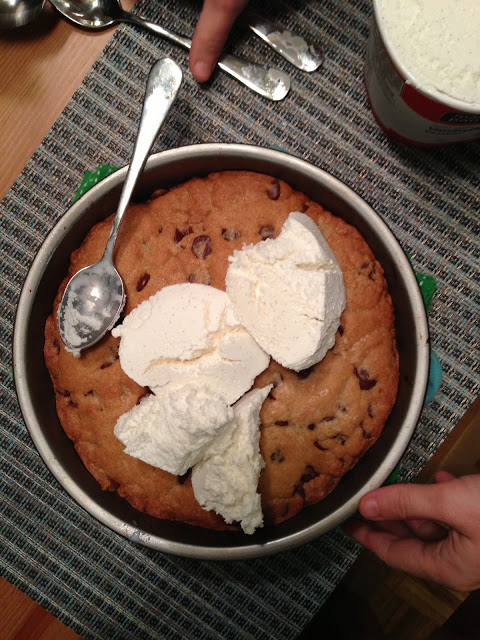 Marcello had the hookup for VIP passes to Paris Photo, so we hit up Paramount Studios one day. I'd never been, and it was pretty cool. Basically, the whole studio lot turns into an international photography expo. 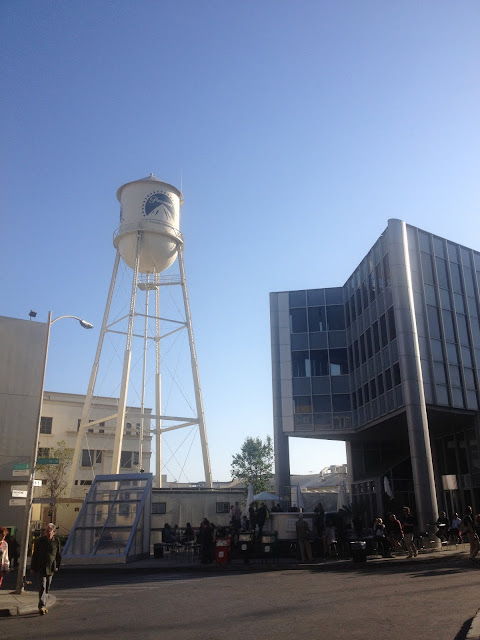 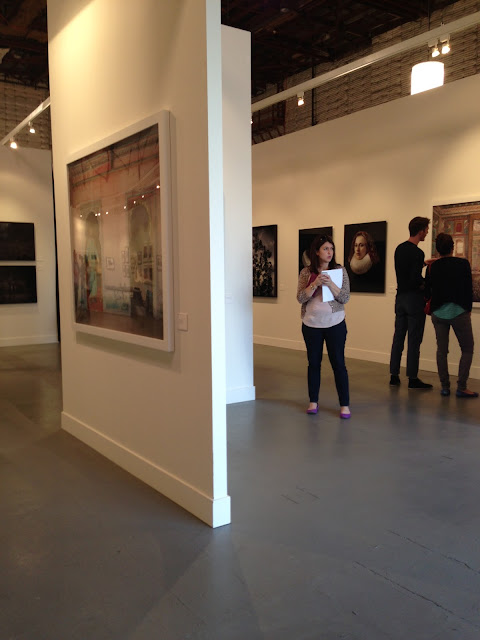 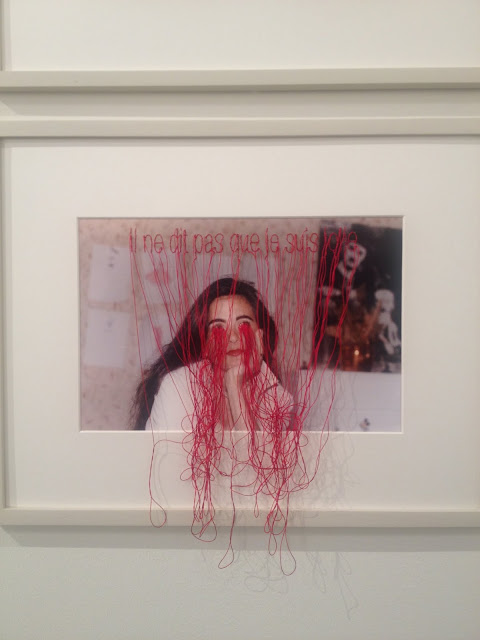 Doesn't it look like I'm in New York? Faked ya! I'm just off Melrose in LA. I miss having a stoop. 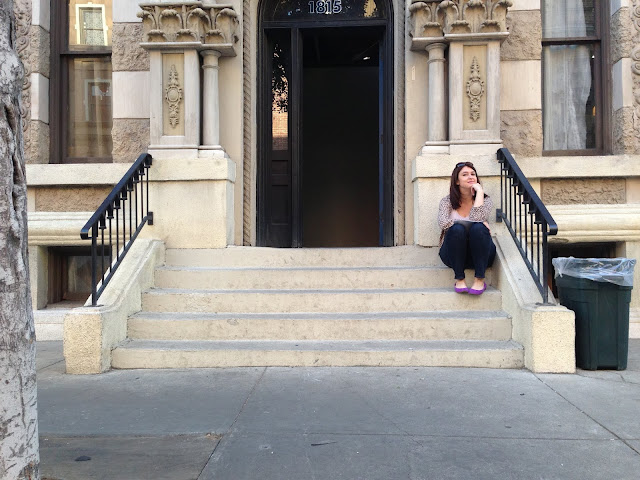 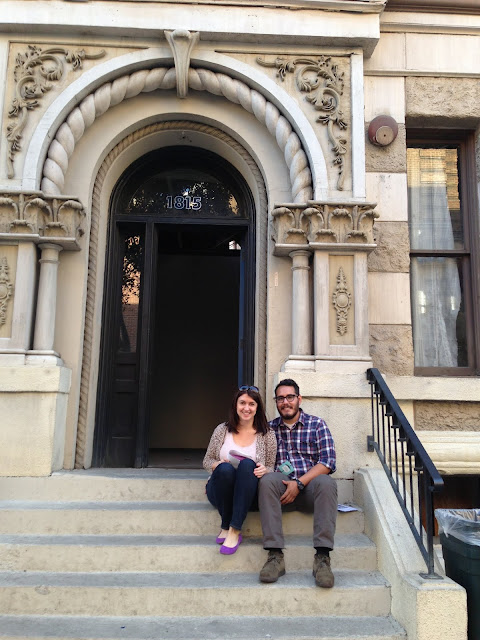 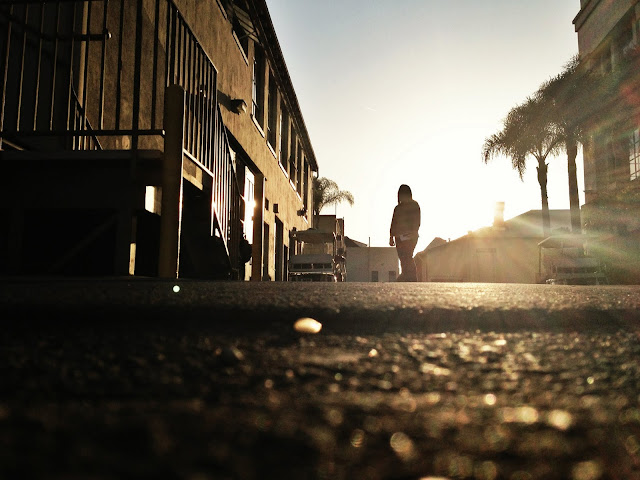 I hit up Disneyland one night with a few friends, and this ride is really trippy. I'm actually kinda missing that place now that my cheapo annual pass is blocked out for the summer.  Oh well, it's probably too crowded anyway, right? 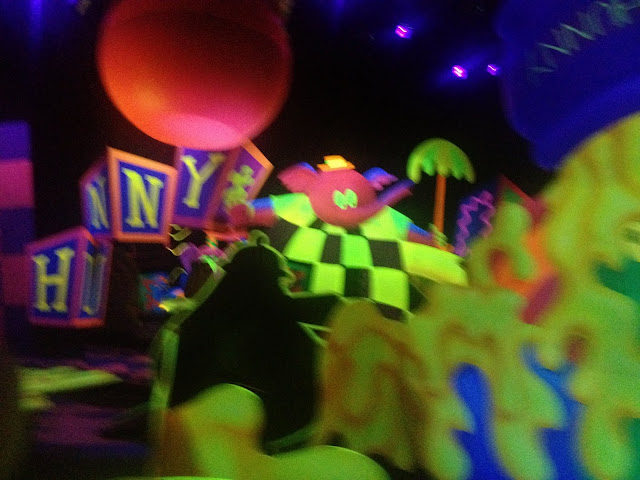 Ed, a DC/NYC Georgetown friend came to town and I took him on a couple adventures. You know, the usual Hollywood sign trek. It was pretty hazy that day. 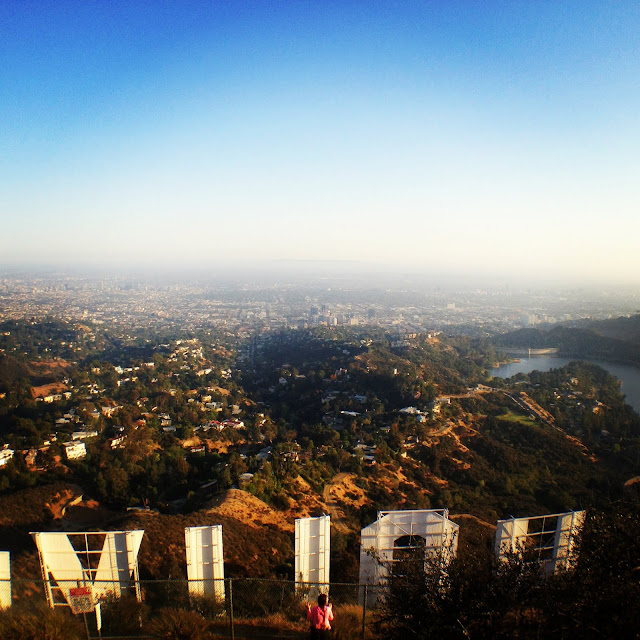 We caught a bird on our hike down! I love that blue. 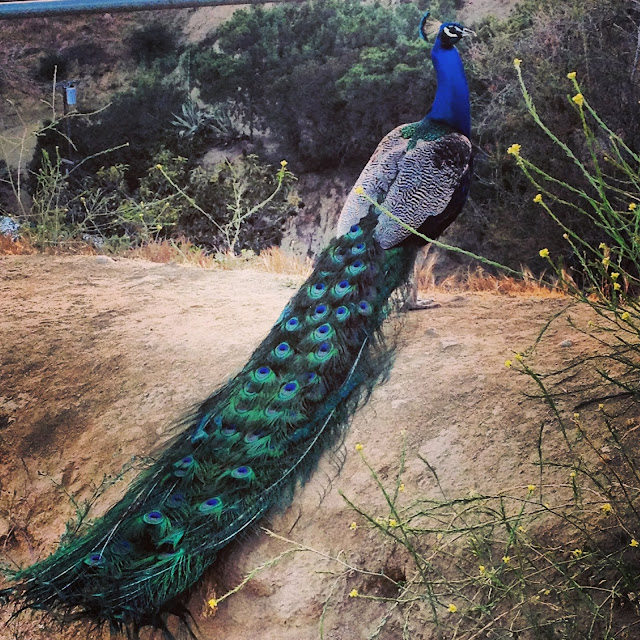 One day I got cupcakes from Georgetown Cupcake. 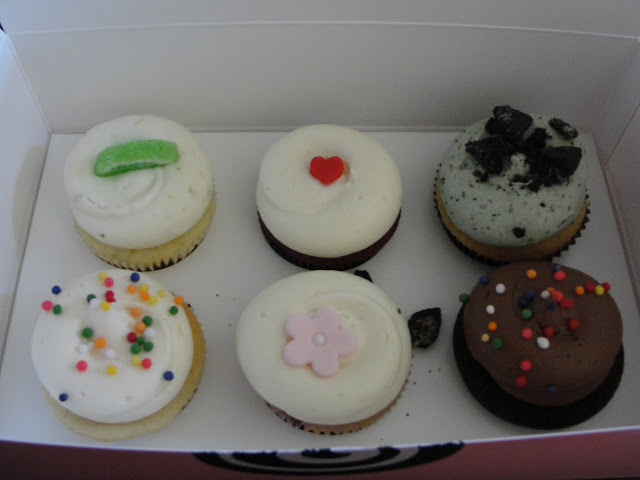 Another night I got donuts again. See - I love sweets! 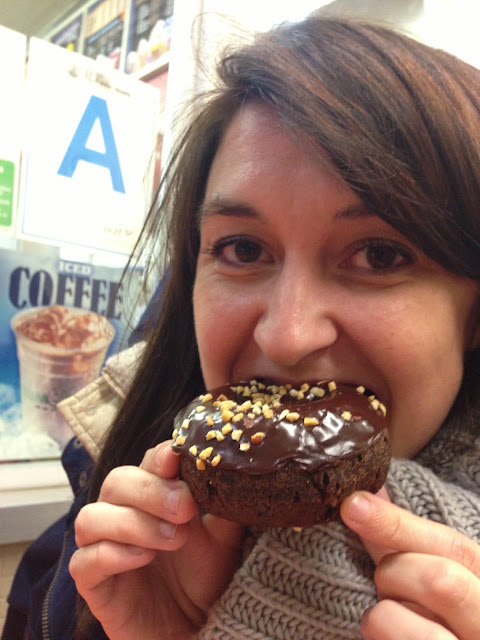 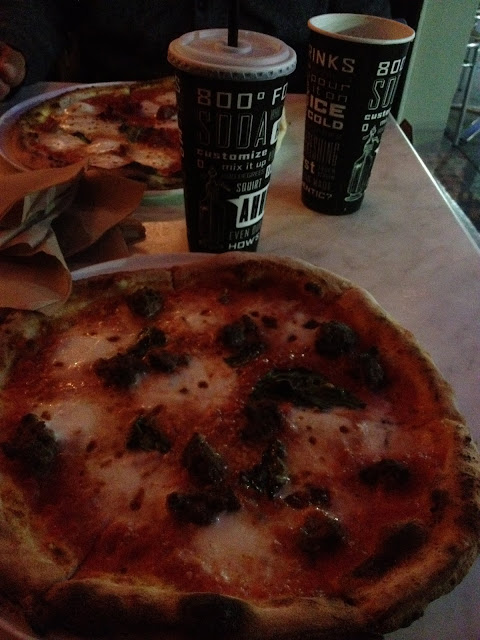 Oh, yeah, right around Coachella all these great bands came to town, and I only had to drive a few miles to see them, instead of into the Indio desert. Score for living in LA. I love these guys. 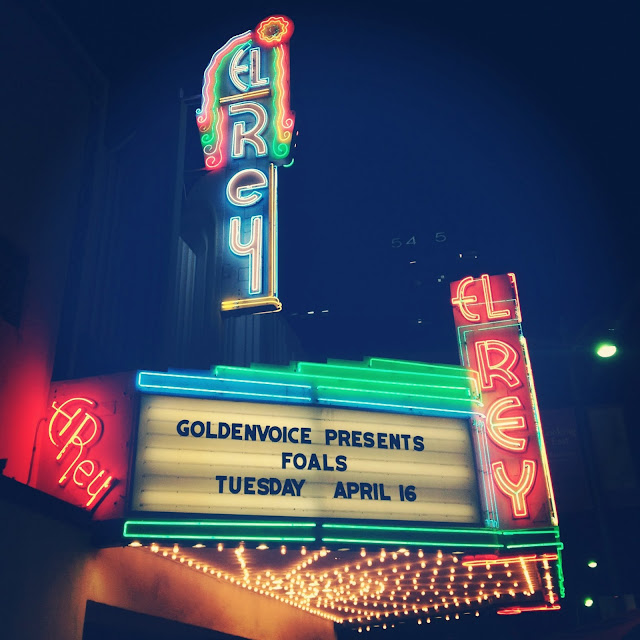 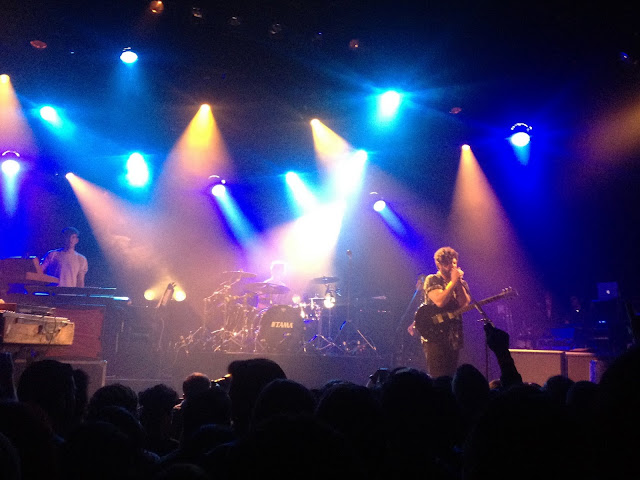 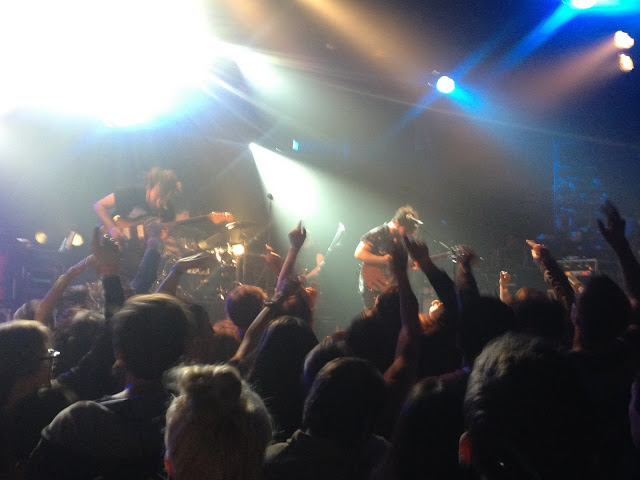 And Yannis jumped into the crowd. 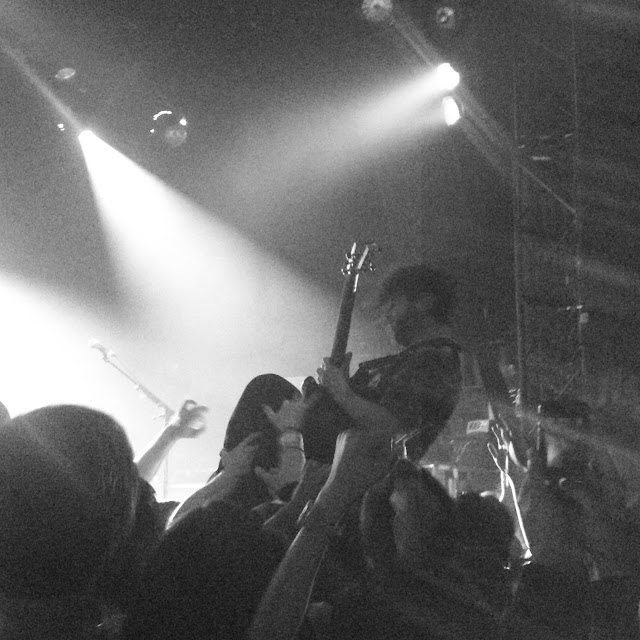 Oh, and Sephora had a big sale and I bought a lot of stuff. I guess I'm moving up from my drug store makeup habits, though hopefully not too frequently! 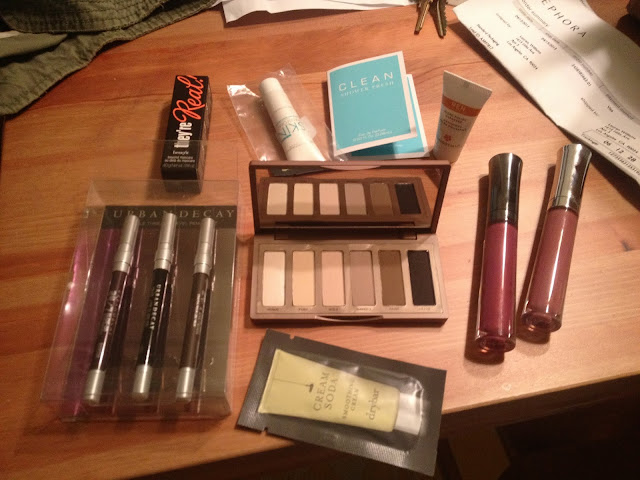