May came and went so quickly, still full of some travels and adventures. I already wrote about Oklahoma, with stories from Zion National Park and NYC to come. But let's look at what happened when I was in town.

Coworker Melissa got a new position and moved teams. We had a goodbye ice cream party for her at Leatherby's. People told me that place was good, and I just thought, eh, how good can ice cream be? Let me tell you, that chocolate almond pie thing below that I ate was off the hook! That chocolate ice cream with almond extract or something - so so so good. 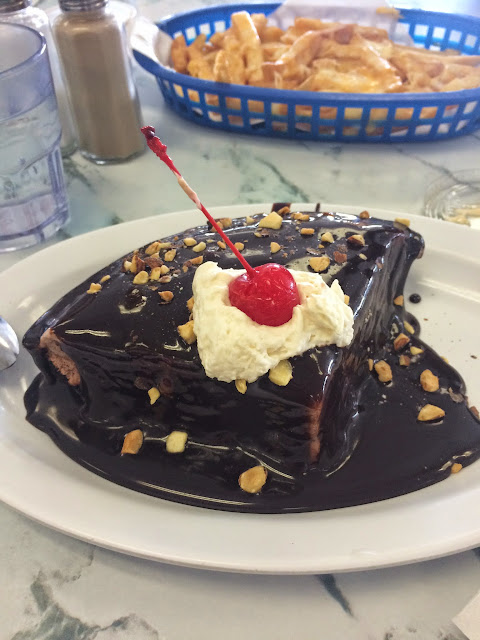 We all liked what we got. 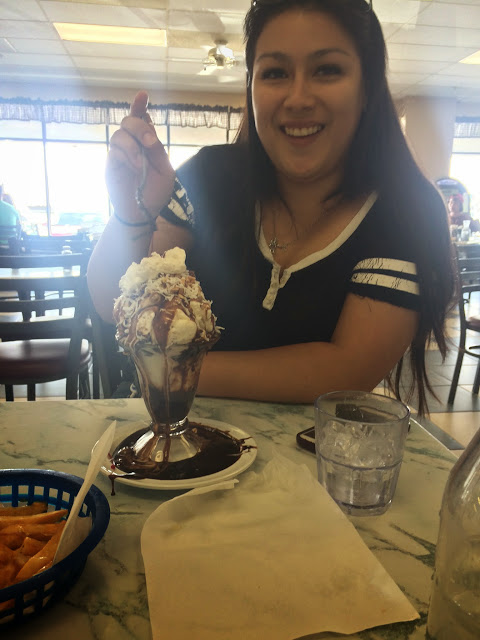 Celisse, Abe and I went to Park City one night for outlet shopping. I didn't intend to go, but something snapped and I needed to shop and the other two were on board. I found these shoes, which I'd been wanting for awhile. 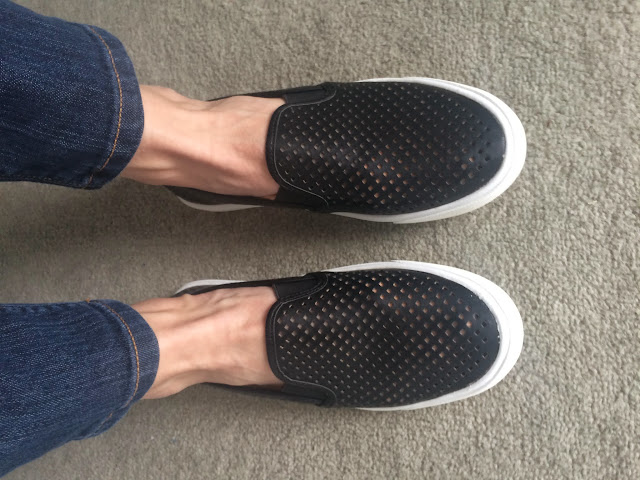 I had a super Saturday in Provo. Hair appointment, Sodalicious, then I stopped by the set of Cameron's film to catch the shooting. Tim Timmerman, Hope of America! 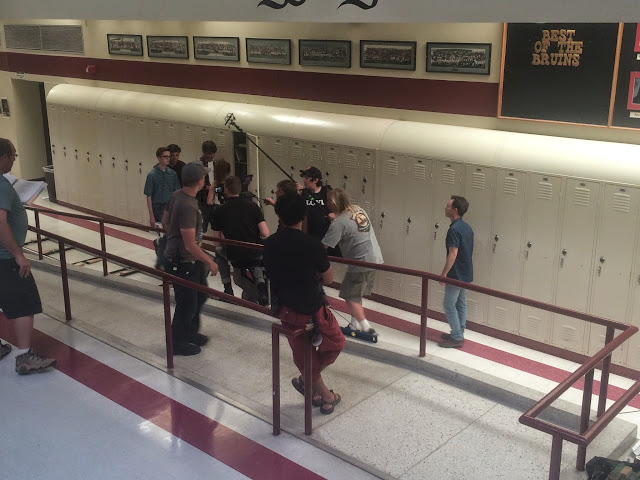 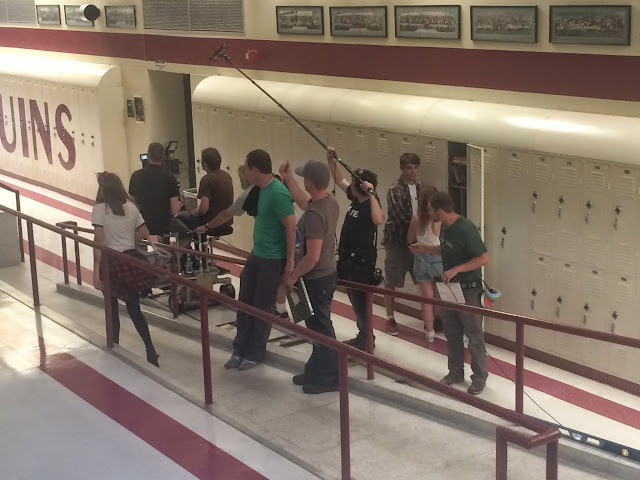 I went to see Hallie bug. As usual, she's obsessed with my wallet. 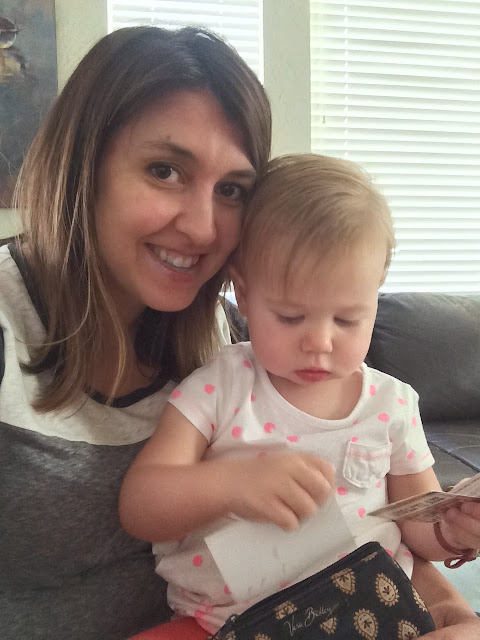 Cousin Julie was in town from Oklahoma, so we all went over to Aunt Sally's for some excellent dinner. Hallie found a dog that was just her size to play with. 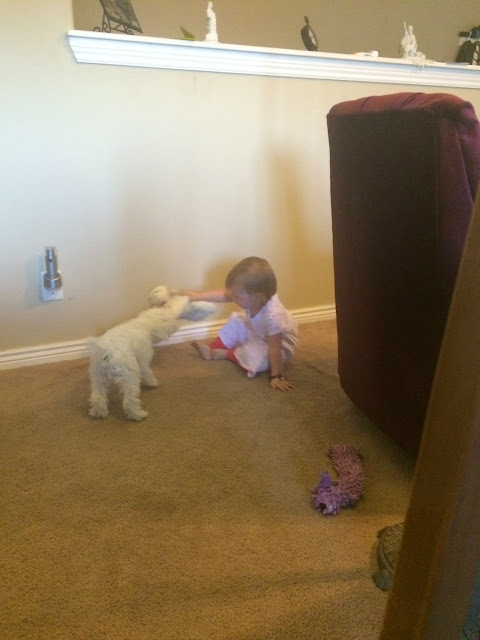 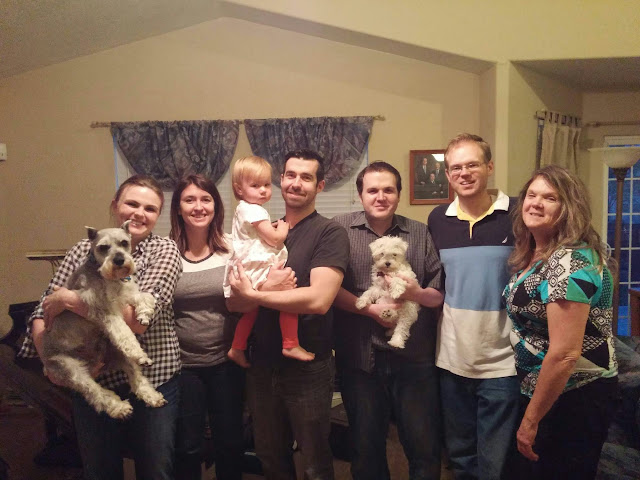 I stayed around to put Hallie to bed before heading home. 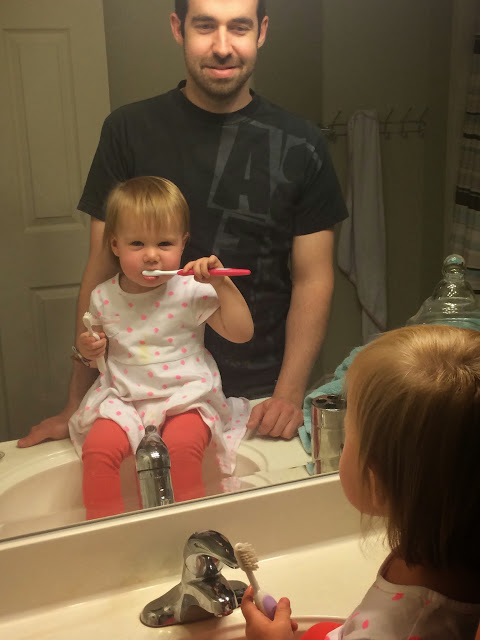 For Cinco de Mayo, I actually ended up at a Taqueria 27 with Abe. After dinner we went to the church across the street for Sacred Harp singing. I'd never done it before, but Abe's been singing for a few years. I'd heard about it and have wanted to try, and since he needed a ride, it was a good time to try it out. I'm a bit rusty at singing, but I had an enjoyable time. 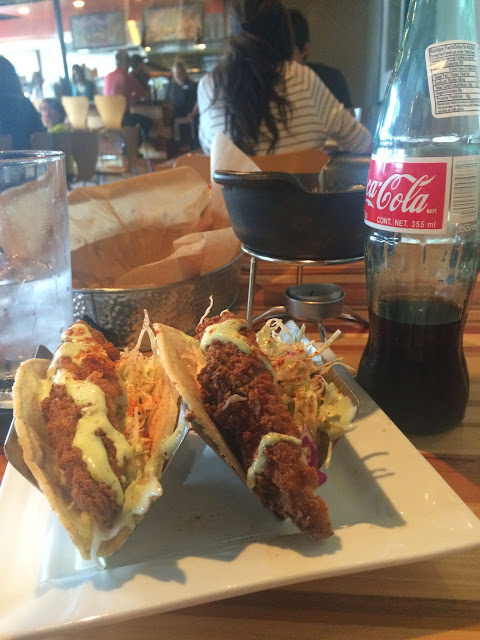 For YW one night we walked from our church building to the temple. Spring was springing! And we got there right as torrential rains started. 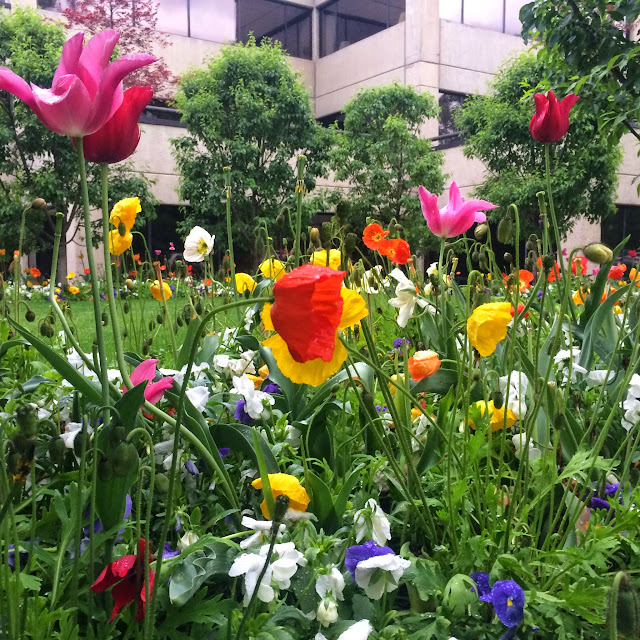 I went to see the Madeleine Choir School performance at the lovely cathedral in downtown SLC. 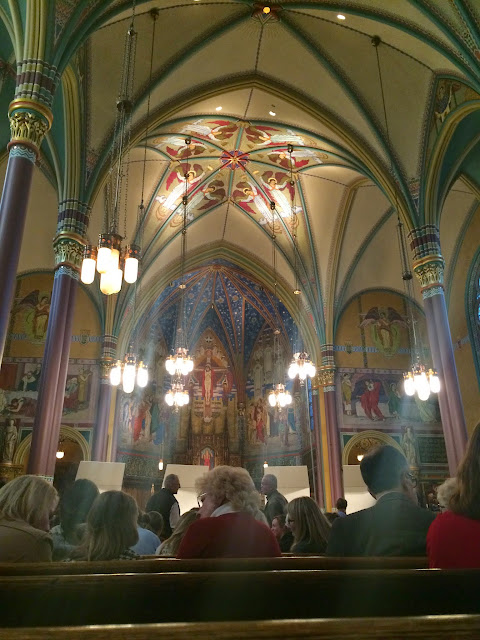 Meghan and Monica and I caught Purity Ring at the Depot. Good show, very cool lighting. 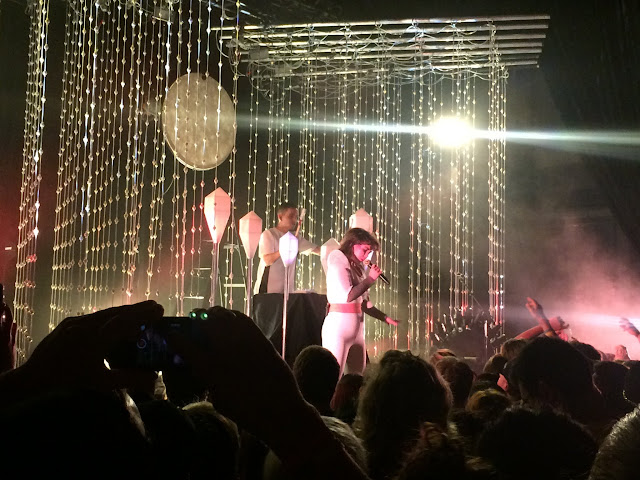 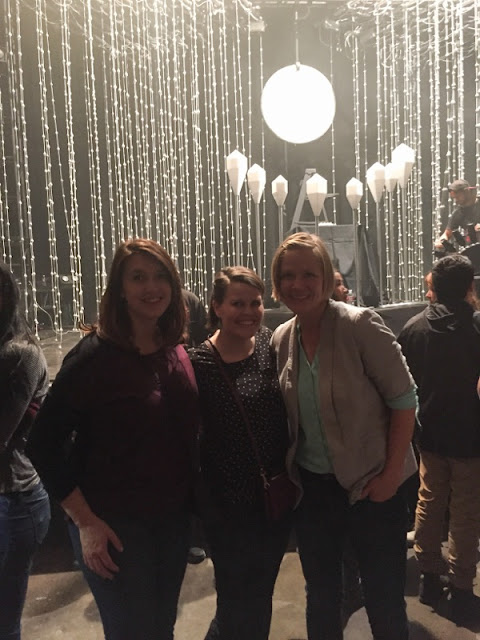 Abe and I had another adventure and ate Taco Bell. So gross. So good. Dorito Loco Taco or whatever it's called. 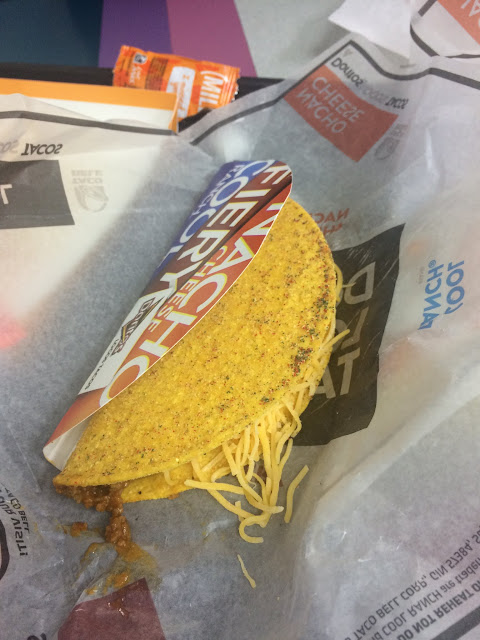 Coworker colored her hair like this and I think it's so cool! 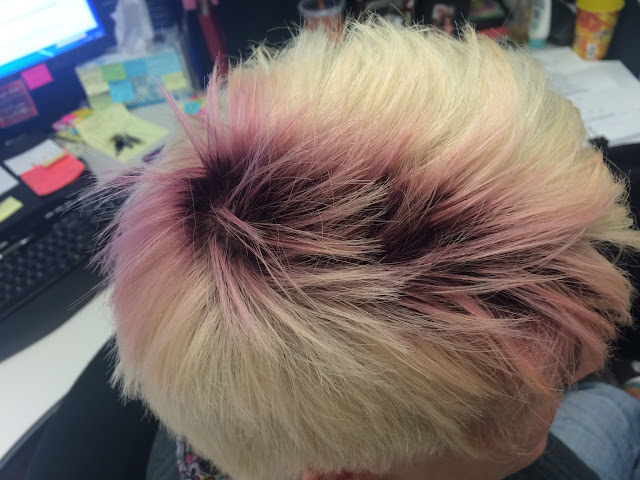 We had a birthday dinner outing for Taylor and Courtney and celebrated because Taryn was in town. Cafe Rio was the choice. I love her little face. 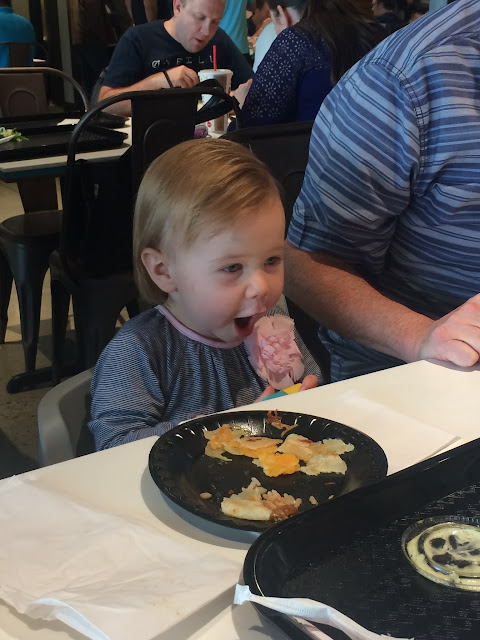 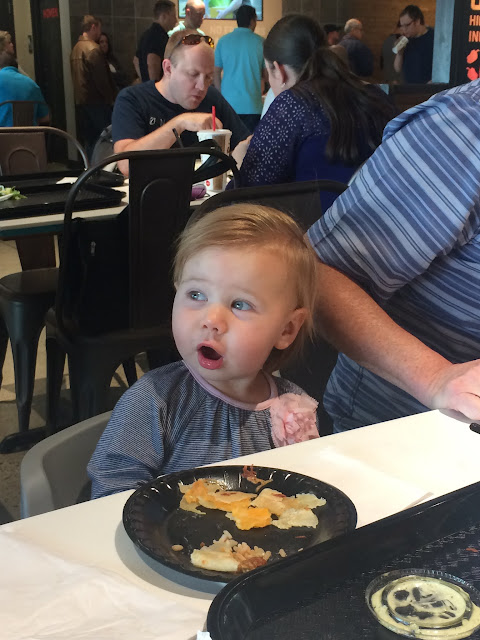 Birthday presents and cake afterwards at the Wells. 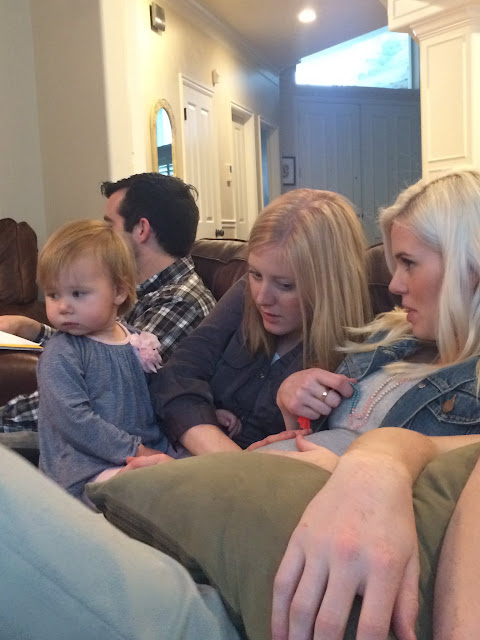 I got a manicure. I have the worst nails ever and hope that I can actually grow them a bit. 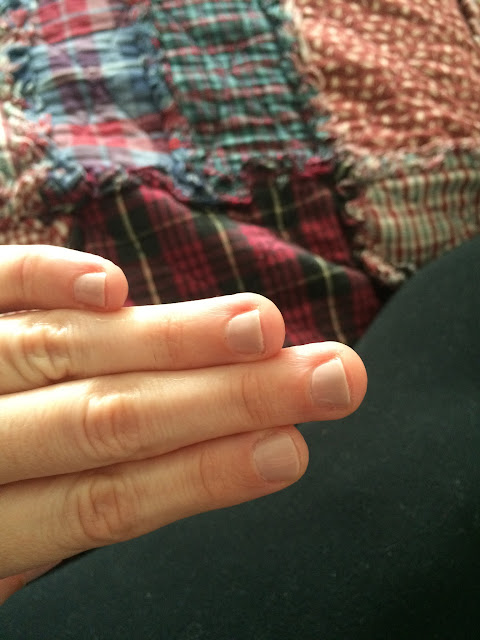 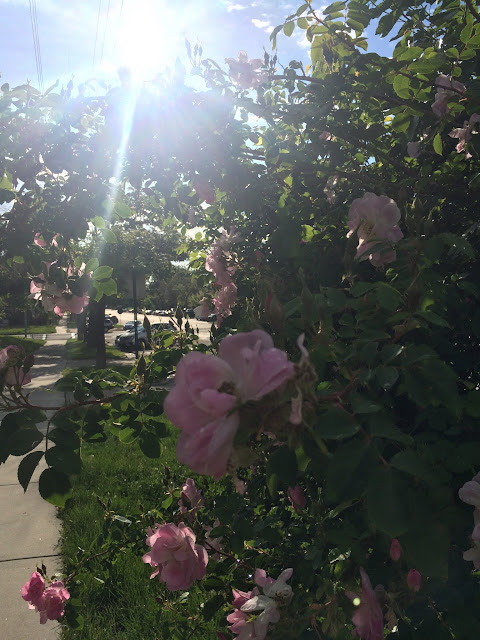 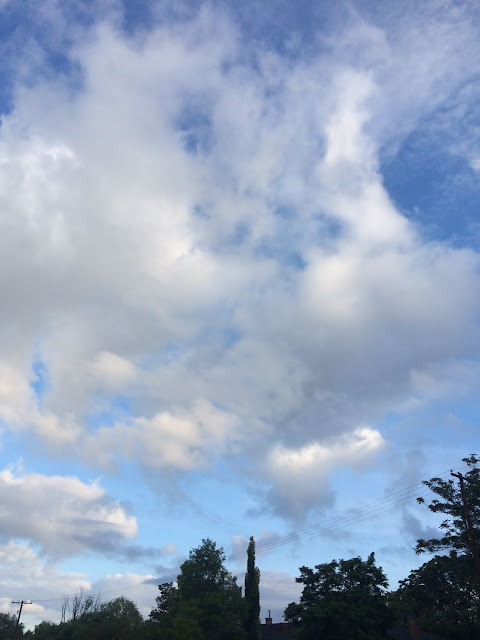