My second year of Sundance - I finally figured out what works for me. Get tickets for SLC shows, don't bother with the Park City hoopla, and it's all good. I managed to snag tickets for most everything I wanted to see, and as things have gotten released this year, I've been able to see the rest. 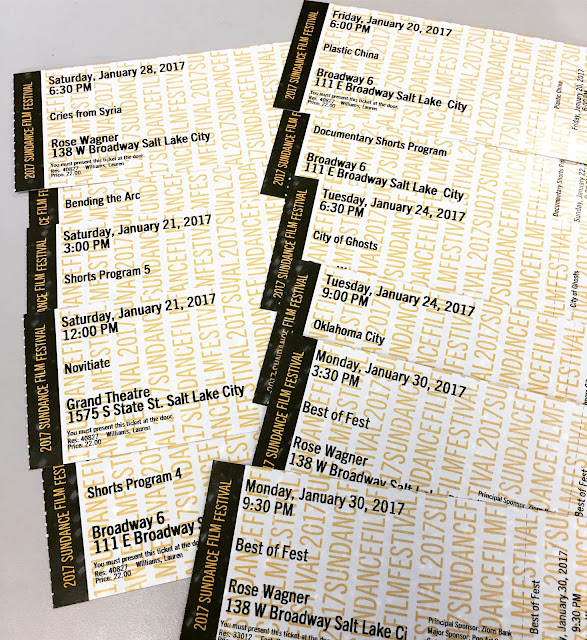 A few highlights, mostly documentaries. First up, Plastic China, and it was amazing to see many, many cities in China that live in piles of trash and plastic, and people trying to make money recycling it. It's fairly disgusting. 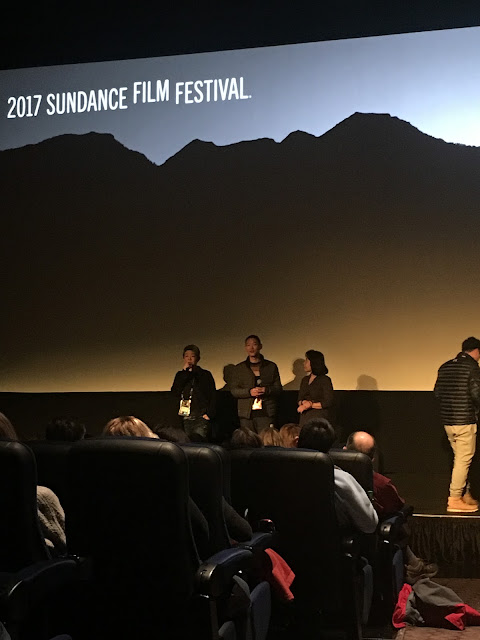 I saw Novitiate on the first weekend, and it was incredible. It's almost out in theaters now, please go see it. So much to absorb about women and religion and adapting to change. I've still been thinking about it since I saw it months ago. Lots of parallels to current topics in Mormonism.

Some of the best shorts:
Mare Nostrum - basically a Syrian father throwing his young daughter in the water so she will learn how to swim, in case her raft to Europe sinks, she will know how to survive.
The Diver - imagine diving through the sewer system of Mexico City to repair pumps and remove clogs when large things get in there. Fascinating and gross.
Ten Meter Tower - so so entertaining! Watch people face jumping off a 10 meter dive platform.

City of Ghosts is one of the handful of docs I've seen on the Syrian situation, and I think it should be required viewing. It follows a group of people reporting on the city of Raqaa, which was an ISIS stronghold.  A few of the guys were able to come to the screening and talk after the showing. They're currently living in Europe, because their lives are in danger. 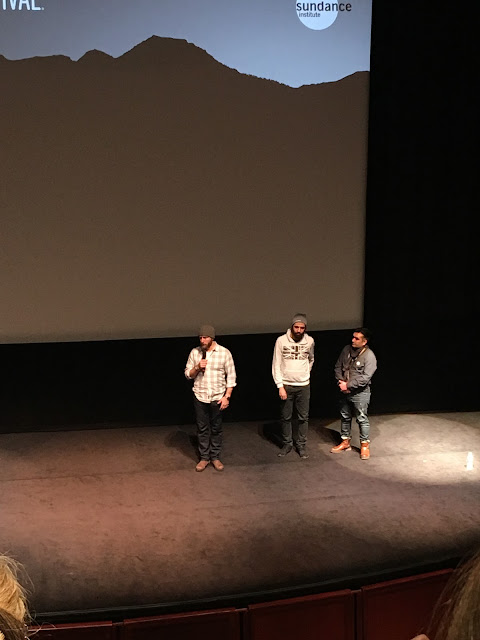 I saw the doc, Oklahoma City, which covers the 1994 bombing of a federal building. I was in 8th grade when that happened, and I certainly remember the day. I liked the film, but it wasn't my favorite.

Cries from Syria should also be required viewing. I saw this on the day that Trump announced his travel ban, and I cried all day long. This film did an excellent job of explaining what's happening in Syria and the history behind the civil war. It's a complicated recent history and this laid it out really well.

The last film of the week was Bending the Arc, about Paul Farmer and friends, who have changed the face of public health. Dr Binagwaho was the minister of health in Rwanda for several years, and she spoke after the screening. 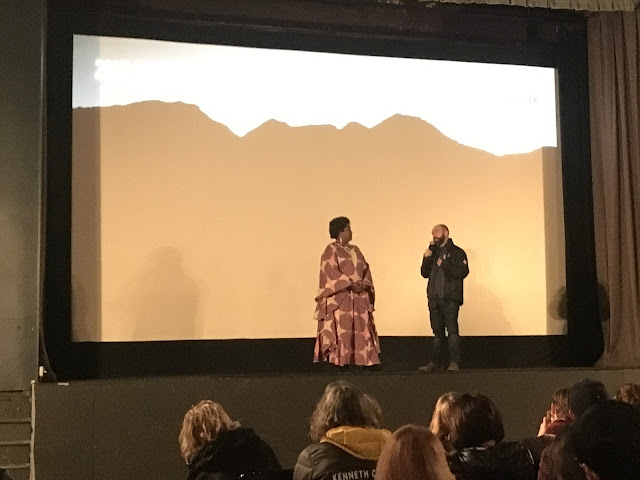