Not to sound ungrateful, but honestly I kind of dreaded making the trek to Hong Kong for work, for several reasons.  It's a lot of work upfront to prepare for these kinds of meetings, and to top it off, I had to coordinate people meeting in HK from Singapore, plus people dialing into meetings from Taiwan and Japan (until the earthquake happened), and trying to get everyone's schedules and agenda items together is a lot.  Plus my boss wasn't going with (she has a newborn) and she's brilliant at these things and I felt like I'd be lost and potentially run over and I was just a little overwhelmed trying to put it all together and run meetings for a full week.

Plus it's a 15 hour plane ride.  Fifteen hours.  When's the last time you sat in one spot for 15 hours and couldn't really go anywhere?  I've done two of those trips and a third felt kinda tough.

However - the things we got accomplished and learned and what we can improve - we made strides by meeting in person.  Totally worth it.

I flew to LA on a Friday night to hang with MCB before making the trek.  My flight was delayed, I got there later than expected, and we didn't do much.  I think I rearranged my gazillion bags and fell asleep watching a movie, as usual.  Saturday morning I took off to LAX and at the check-in desk, I ran into my coworker from Phoenix, who was also traveling with me.

Once I got settled into my business class seat, I remembered how nice and great it is and that I'm totally spoiled and fortunate.  The plane ride could've been 24 hours, and I would've been fine.  No complaints! 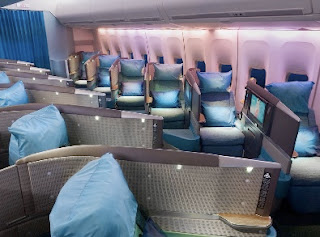 The food was plentiful and delicious and detailed out into a menu that was several pages long.  They even have Haagen Dazs for a snack.   Below is delicious zucchini with prosciutto and mozerella. 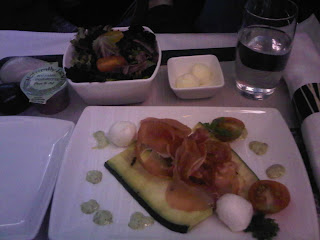 I'd planned to sleep a little, with my cushy blanket, multiple pillows, and flat bed, but alas!  The entertainment selection was just too great.  Lots of new releases, barely out of theaters, that have been filling up my Netflix queue Saved section.  I'm all about using those 15 hours for really productive things, and I'd say that getting through about 6 movies was time well spent. It's just slightly alarming after watching four films and you realize the flight is only half over.

I didn't sleep a wink, which was probably good since we landed around 8pm and I needed to fall asleep and be ready for Monday morning meetings.  (That's not me in the pic below, FYI.  Nor is it my neighbor). 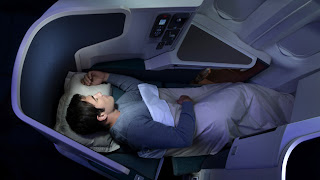 Hong Kong hotels were ridiculously expensive that week because of the Hong Kong Sevens, so we ended up staying on the Kowloon side, kind of far from the office.  After our Monday commute in a cab, we decided to brave the subway the rest of the week, and that was an experience in personal space that I've never quite had, even after many subway rides on crowded DC days.

Kunal and Mahasweta came from India, Kaushik and I from Phoenix, Lynn from Singapore, and we all had a great time working (lots) and shopping (lots) and eating (lots).  The HK team was super fantastic about taking us out almost nightly to some good eats and shopping.  I really had a blast with them. 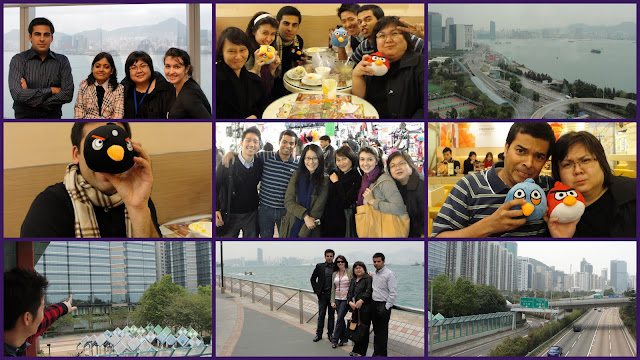 One night a team from HK took us to Xiao Nan Guo Premier, which is an excellent Shanghai-style restaurant in a tall building with views of the harbor.  The harbor views get my every time - HK is just such a cool city. We ordered at least twenty dishes - the food kept coming!  I thought I was going to explode.  And it amazes me that everyone can stay out so late, night after night, and still come into the office early the next day.  My favorite dish - Shanghai style pork dumplings with soup inside.

Another night a different group from the office took us to their version of a diner - it's cheap, quick, and pretty much everything is good. I loved the crispy noodles with shrimp.  We also ordered the HK dish of fish balls which I don't really love though everything else was great.   Another great thing - a waffle-like treat from a street vendor.  We spent the night eating more street food, having mango-themed dessert and shopping. 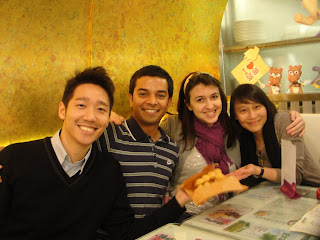 It's very easy to get around HK if you speak English, but it's just more fun to have people order for you in Chinese.  And there's usually not just one waiter assigned to your table - if you want something, just raise your hand and flag anyone down.  If you don't, you won't eat!  Especially at lunch when everyone goes out and it's crazy crowded and busy. 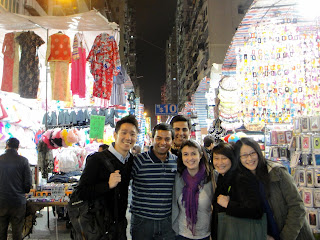 After eating a ton of food, we went out shopping in the Ladies Market, which I never tire of. I could walk through there daily and find new things to make me laugh.  Just like last time, it's great for souvenirs, and we ended up with some fun Angry Birds stuff.  I apparently can't make an angry face in a photo, despite several attempts. 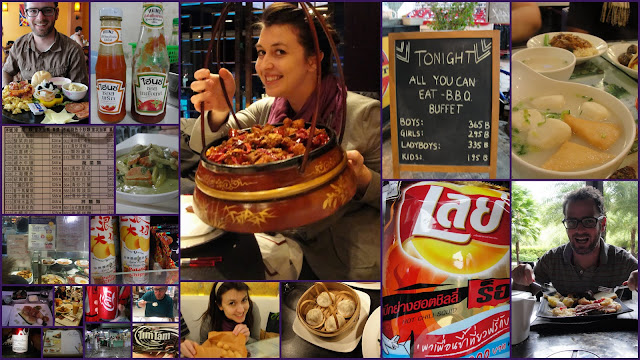 As much as I love Chinese food, after a week or so, I was ready for a break.  Thank goodness Pizza Hut is everywhere, and it's a really nice place overseas.  The menu and decor are quite classy.  I didn't feel bad about it, especially since the pizza was just like a slice from home - exactly what I needed.  Some Tim Tams and an imported Dr Pepper from the UK helped, too.

The next day I was back to dumplings though; this time at Din Tai Fung, which is super famous across Asia and even has a California location.  We ate at the Tsim Sha Tsui location, which apparently has been awarded a Michelin star.  You maybe couldn't tell since it's in a mall, but then again, there's nothing in HK that isn't in a mall.

I was ready to switch up to Thai food by the time we got to Thailand, and I think I had green curry for every single meal.  Every one.  We thought about the BBQ from the sign above, though MCB wanted to dress as a woman to get the ladyboy discount price.

Bottom line: Asian food is excellent, and it's a good thing I walked a lot, otherwise I would've gained 10lbs. 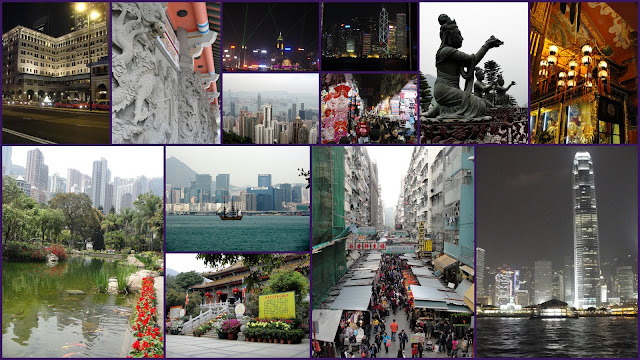 The work week was quite long, right up until Friday at 6pm.  I really think we could've been productive for at least three more days of work.  Once you add a 45 minute commute each way in a very crowded subway car, I was looking forward to sleeping in on Saturday and to prepare for MCB's arrival on Sunday morning.
MCB claimed he would be ready to rock and roll straight from the gate, after a 15 hour flight that landed at 745am on Sunday morning.  I decided to meet him at the airport so we could head straight to the Big Buddha, which is near the airport.  Sure enough, after a quick stop at a grocery store for some refreshment, he was ready to go and didn't seem worn about by the journey at all nor his backpack that he had to carry.
I'd been to see Buddha before, but I wanted MCB to see it.  You take a 25-minute cable car ride up through the mountains to reach the monastery, tourist village, and the Buddha.  I hate that as I get older, I get more and more afraid of heights.  I almost hated the whole ride, but I didn't want MCB to know that I was sorta scared.  Eeek! 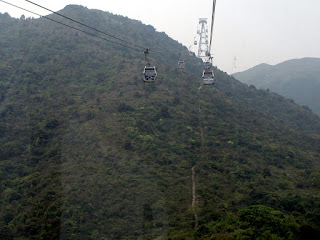 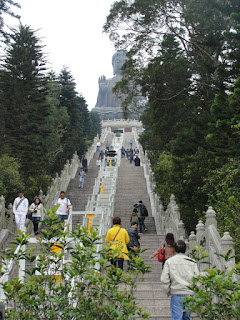 While exploring the tourist village, it started to rain so we popped into this weird little shop.  MCB loves seeing weird things and he was tripped out by being in Asia.  This was a good start. 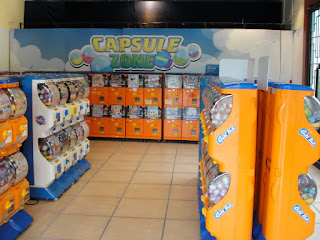 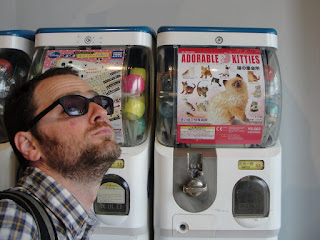 We hopped back into the city for a nap, then headed out for the night: food plus ferry ride plus HK Sevens craziness in Lan Kwai Fong.  I'd gone on Friday night when the party was at its peak, but Sunday night was full of fun too - lots of middle-aged men from rugby-loving countries, dressed up in ridiculous costumes and cheering their favorite rugby teams for the weekend. 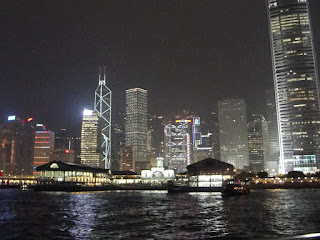 We made friends with an Aussie guy who teaches English in mainland China, but he's only about 90 minutes away from HK and comes into the city regularly.  Sounds like a tempting life, honestly.  He and his buddies were dressed as a police officers and they blew their whistles to stop all the cute women who walked by.  It was pretty entertaining. 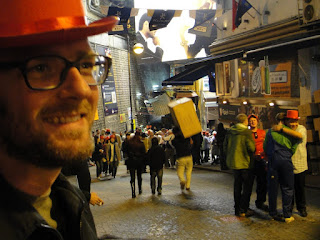 Monday morning we hopped back to HK Island (we were still staying on the Kowloon side) and stopped into the best grocery store ever, in the basement of the Pacific Place mall.  Everything looked so good, but we decided on sandwiches for lunch.  While there I finally found a box of Krave cereal, which I'd only heard about but never seen, since it's not available in the US.  I immediately snatched up three boxes, because my coworker and I needed it. 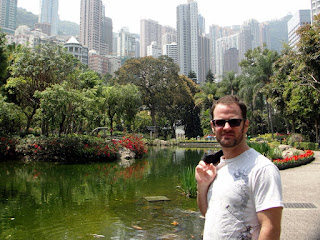 We took our lunch into HK Park and watched little Asian school children on a field trip, saw the SARS Memorial, the Tai Chi garden, Olympic Square, and we skipped the aviary.  Up next, the tram ride up Victoria Peak. 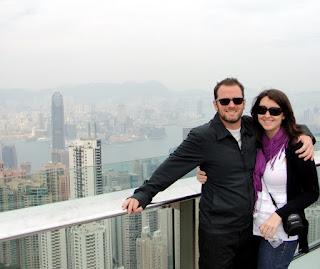 Back to the hotel for clean up (it's hard work being a tourist), then we ventured out for some appetizers at the bar at the top of the Peninsula Hotel, because it's a sight to be seen, and some dumplings at Din Tai Fung.  Not everyone spoke great English at the dumpling house, and the menu was in Chinese, but they were super helpful in making sure that we followed proper dumping etiquette and our tea was always full and we had everything we needed.  I hope the California location is just as good! 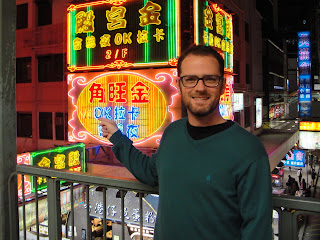 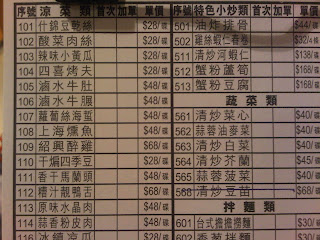 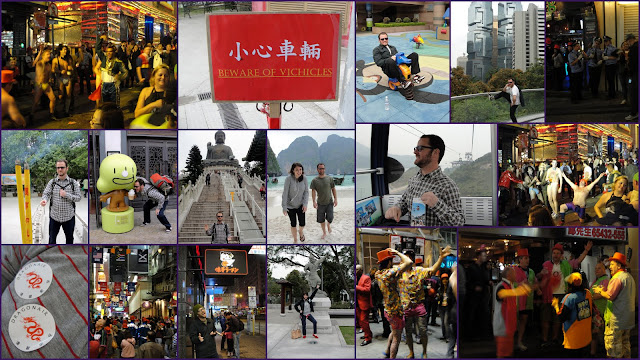