One warm weather trip out of the way, I came back to pretty mild weather in Utah, too. I'm so glad it's been a gentle winter.

I came back to a slightly disappointing work review  based on last year, not because I didn't perform well, but because of a forced curve and because my rockstar projects happened after they started ratings (October), I didn't get a lot of credit for last year and had to take one for the team. Both my boss and her boss felt terrible. I bought some sparkly shoes to make myself feel better. Well, mostly cause I've had my eye on them for awhile and they went on major sale. Thanks to Mint Arrow for the heads up. And thanks to Lacey for picking them up from my door step while I was away.

I did also get a bonus of sorts at work in the form of points, which I can cash in for a good chunk of gift cards. I'm thinking I'll get an iPad mini? Unless anyone has better ideas on how to spend that money? 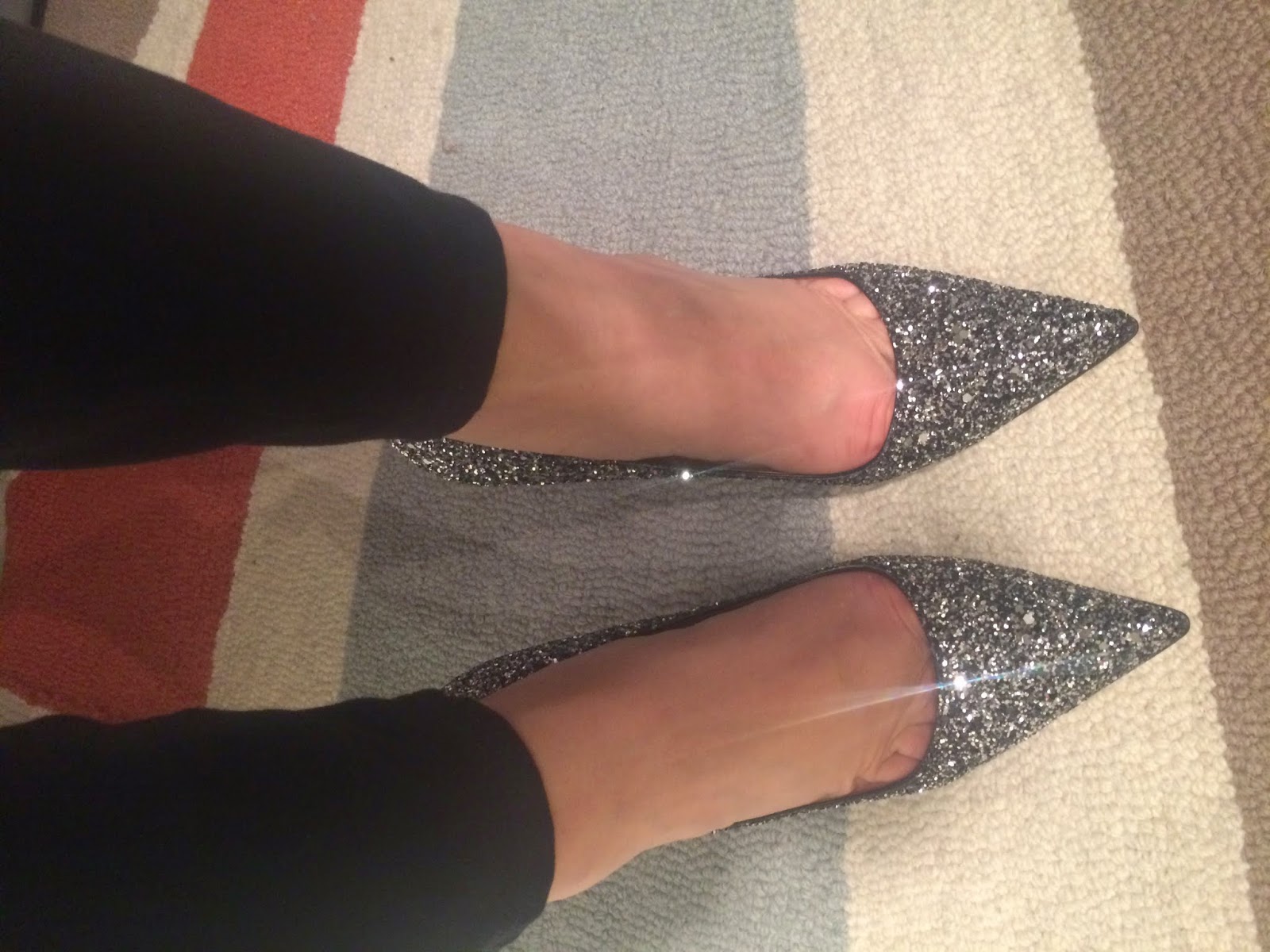 I had a scheduled massage for post-Ragnar recovery, and the therapist at my favorite massage school was excellent. I was put through a workout, legs stretched, and it was great. Cher was in town too, and we had some Harmons cupcakes and soup for dinner. 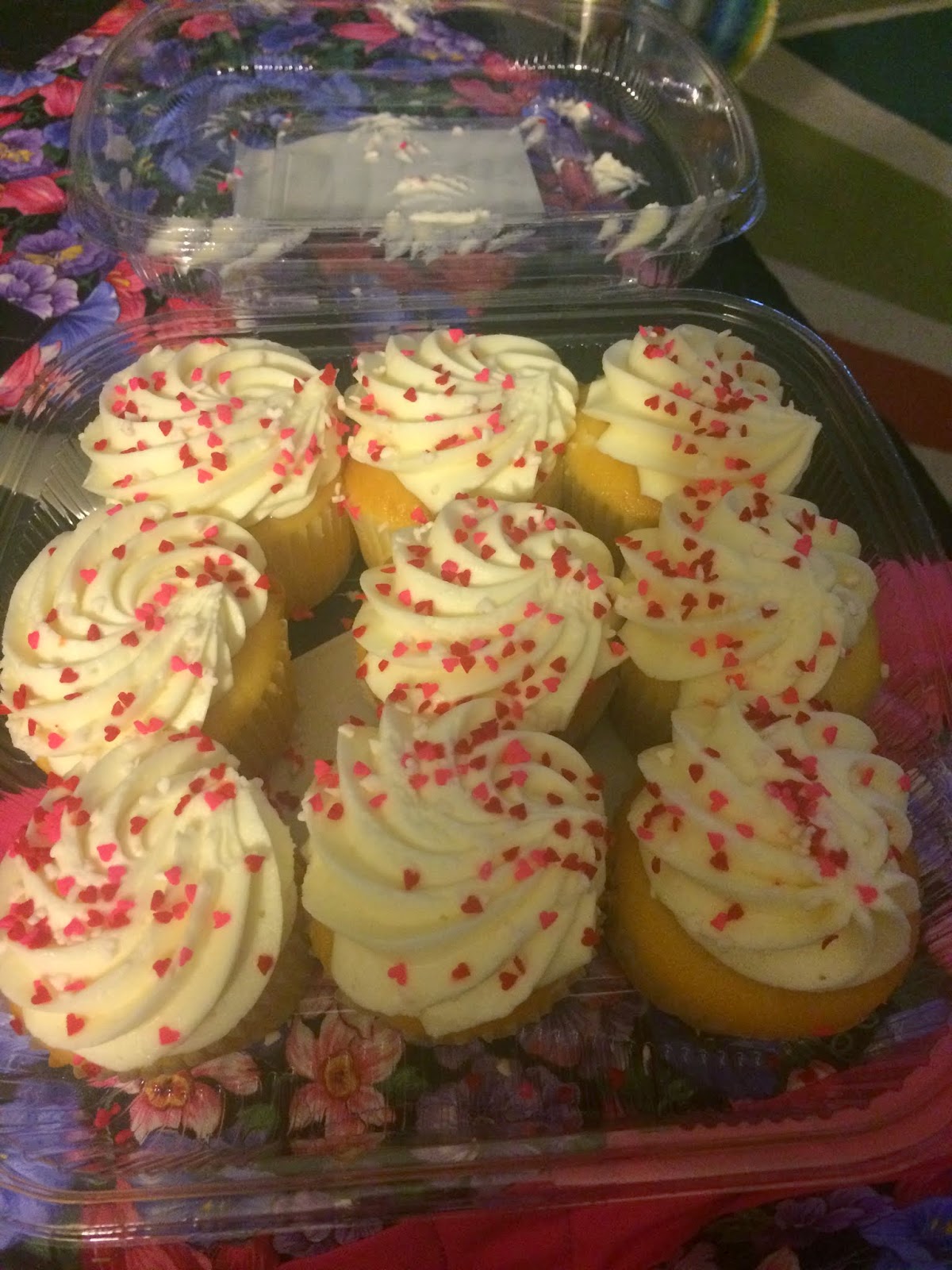 And an onion cheesedip ball of crack. So good! 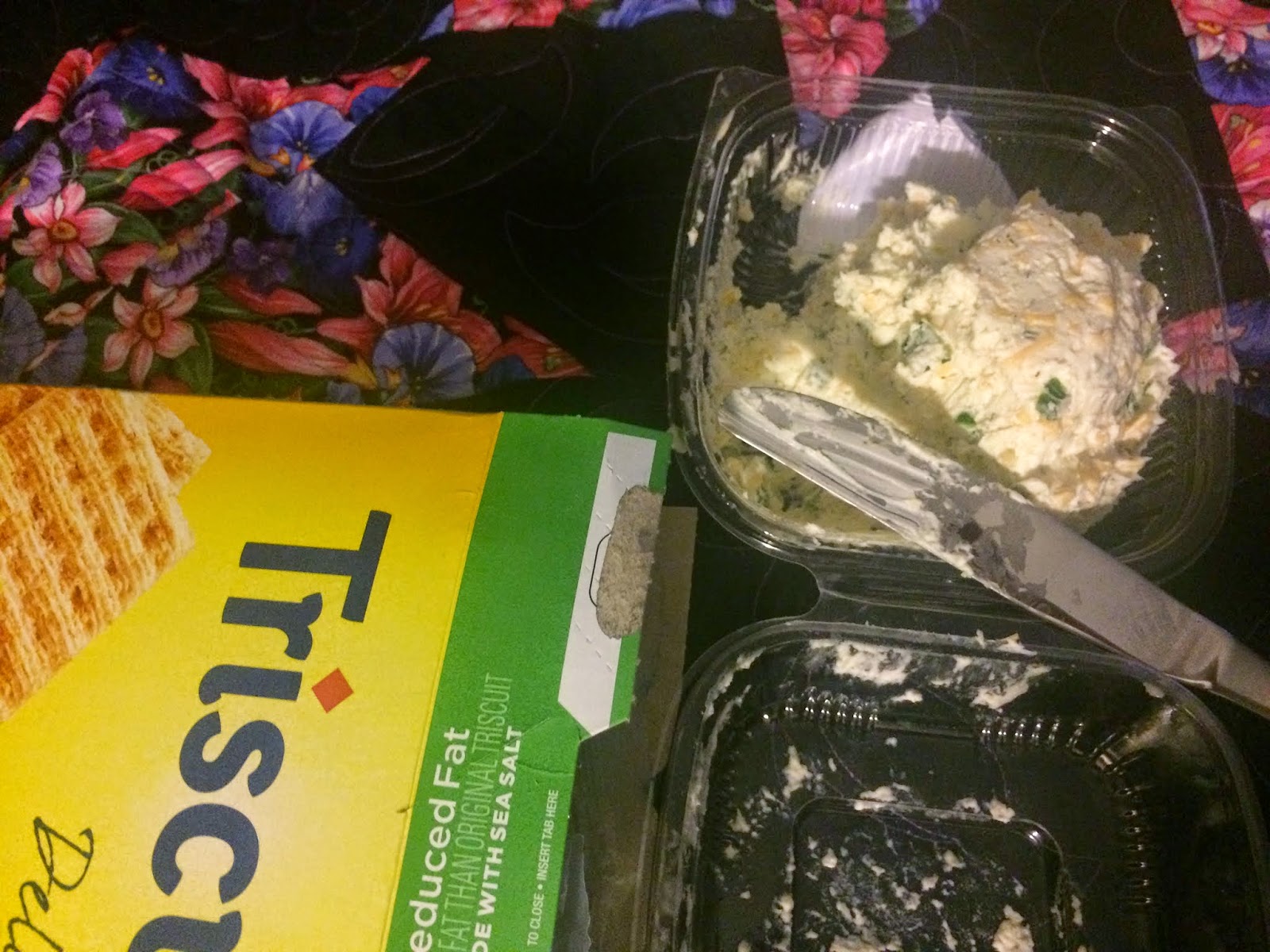 Valentines on the way - LA friends were sending this around. 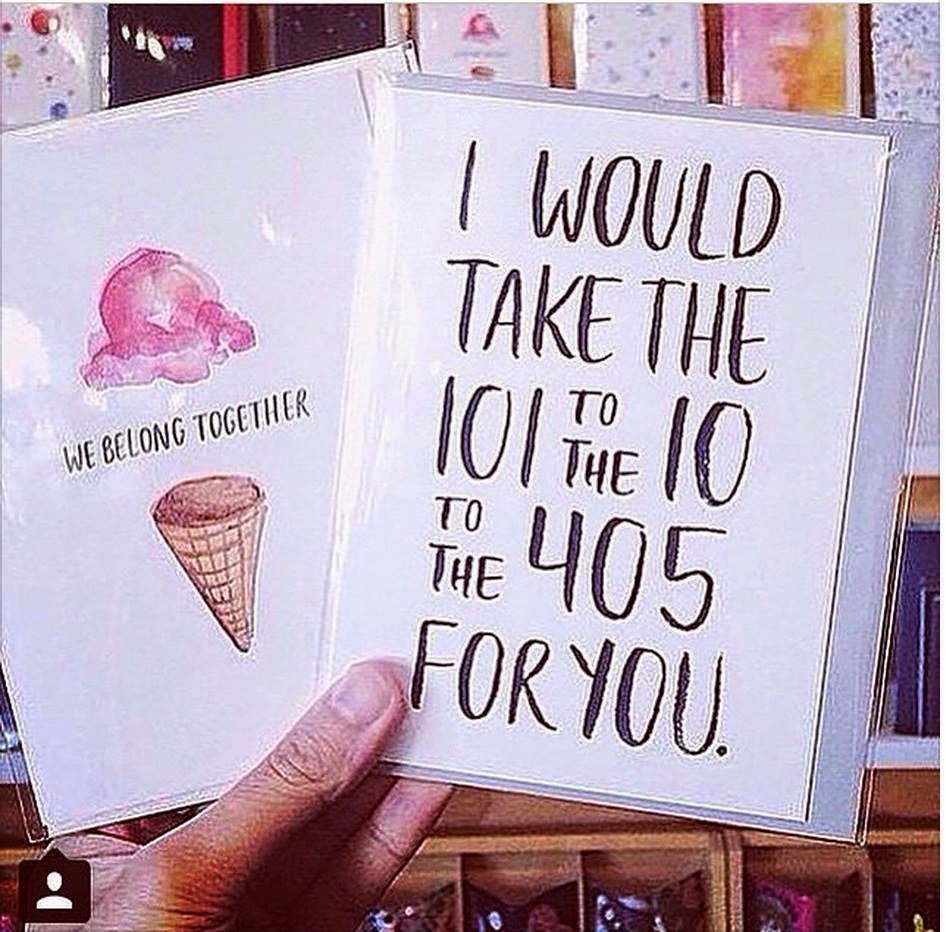 Nope, I would not do the above. Not worth it. 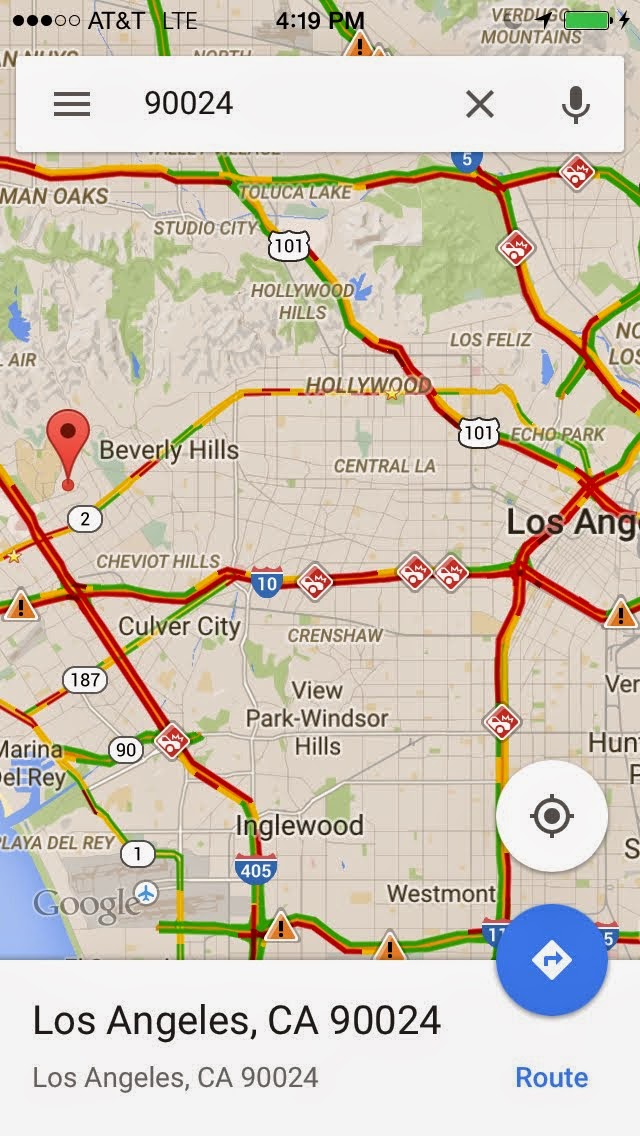 I went to an opening exhibit night at Utah MOCA, and I swear of the 12 people I know in Utah, 10 of them were there. It ended up being really fun. I didn't take many photos of the art, but this artist's work was so interesting. Drones as art! 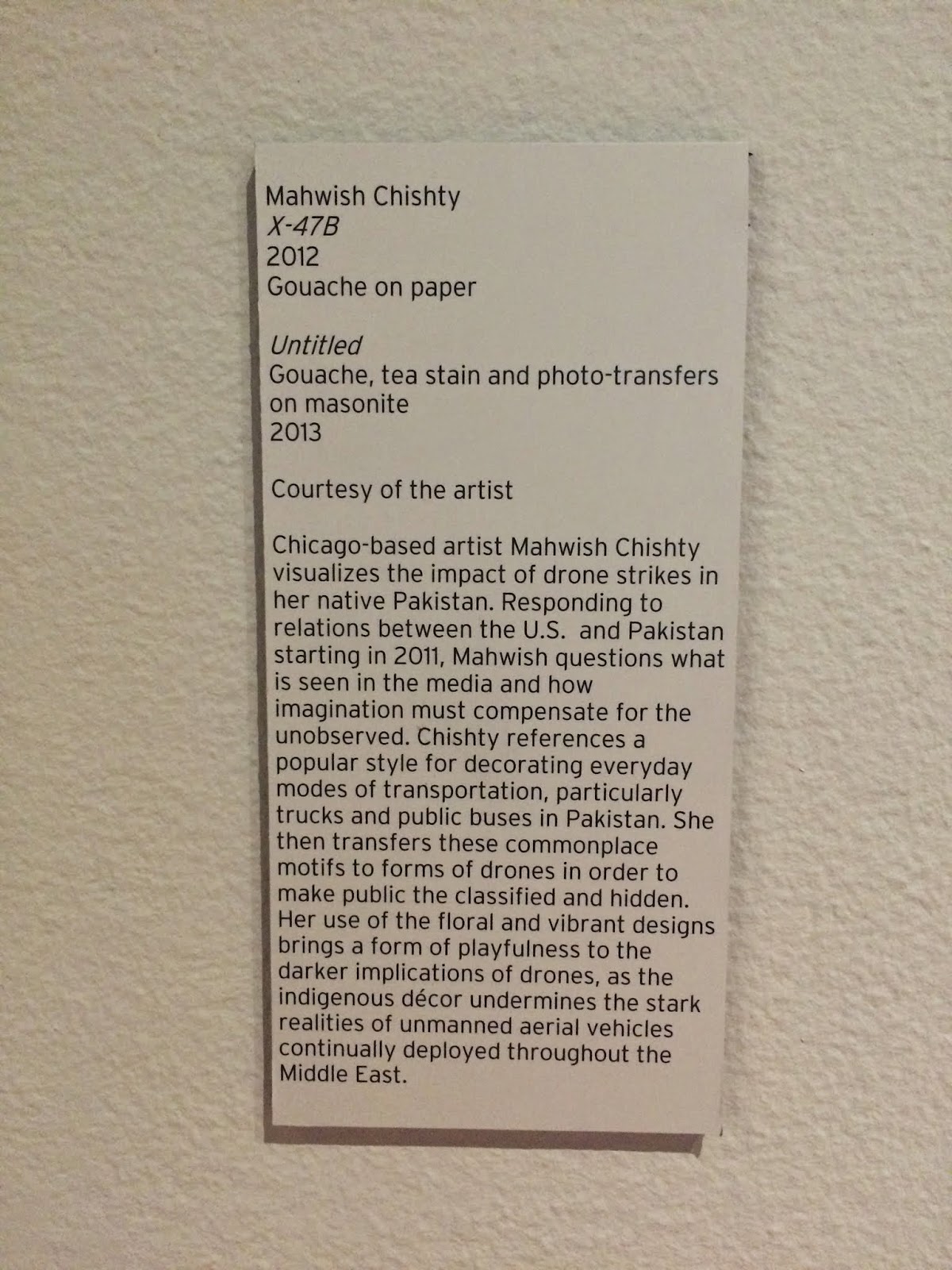 Nathan rounded up a few of us after for purple drink and Peruvian food. I almost bailed because I was tired, as usual on Fridays, but I rallied and had some excellent food. 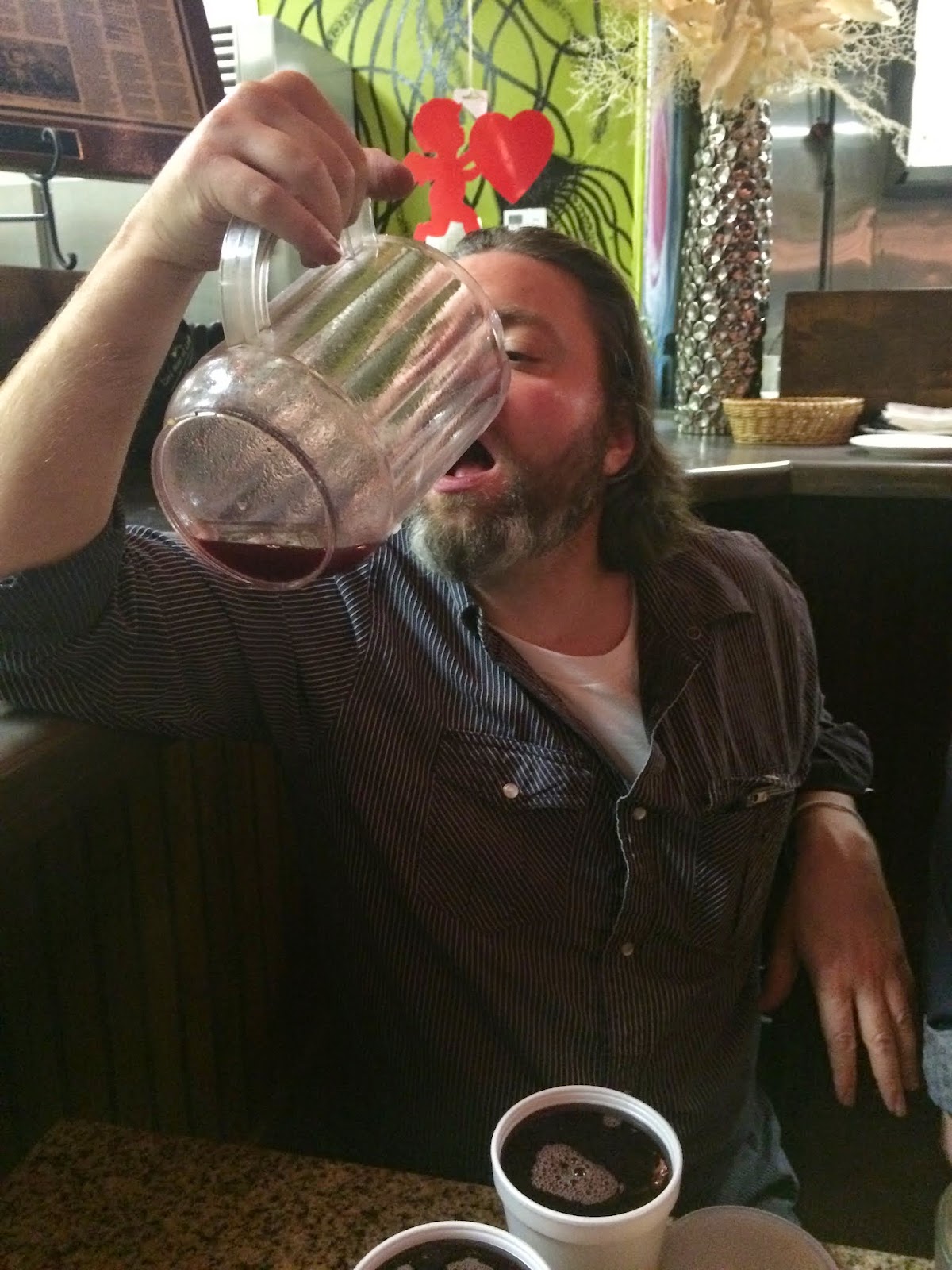 Ballet West season tickets - second performance of the year. I'd never seen Swan Lake, but it was lovely. Though seeing it on Valentines Day alone and realizing it's the second ballet in a row I've seen where the female lead kills herself over a man? Hmmmm....

Don't worry, I'm not that irrational. 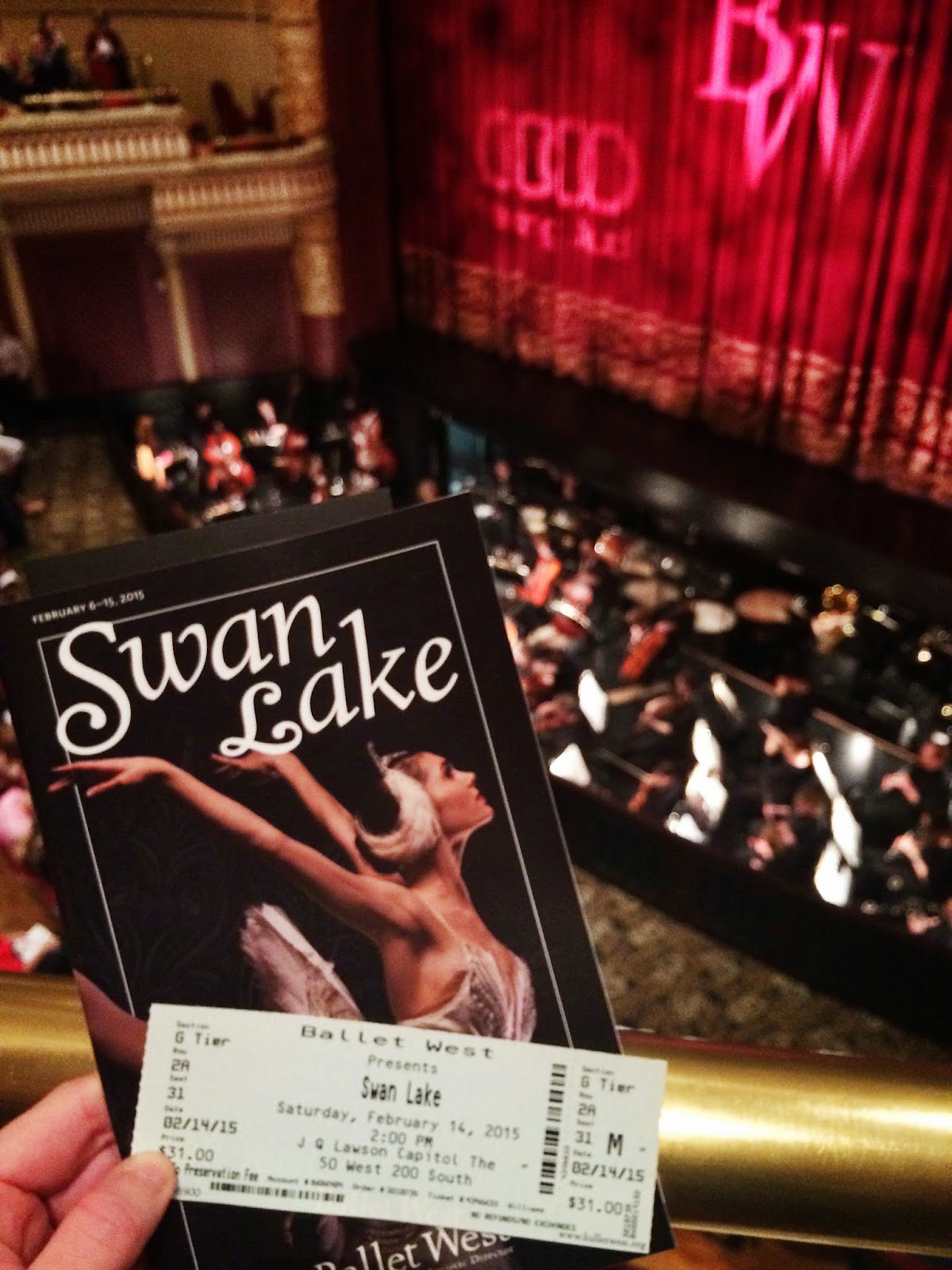 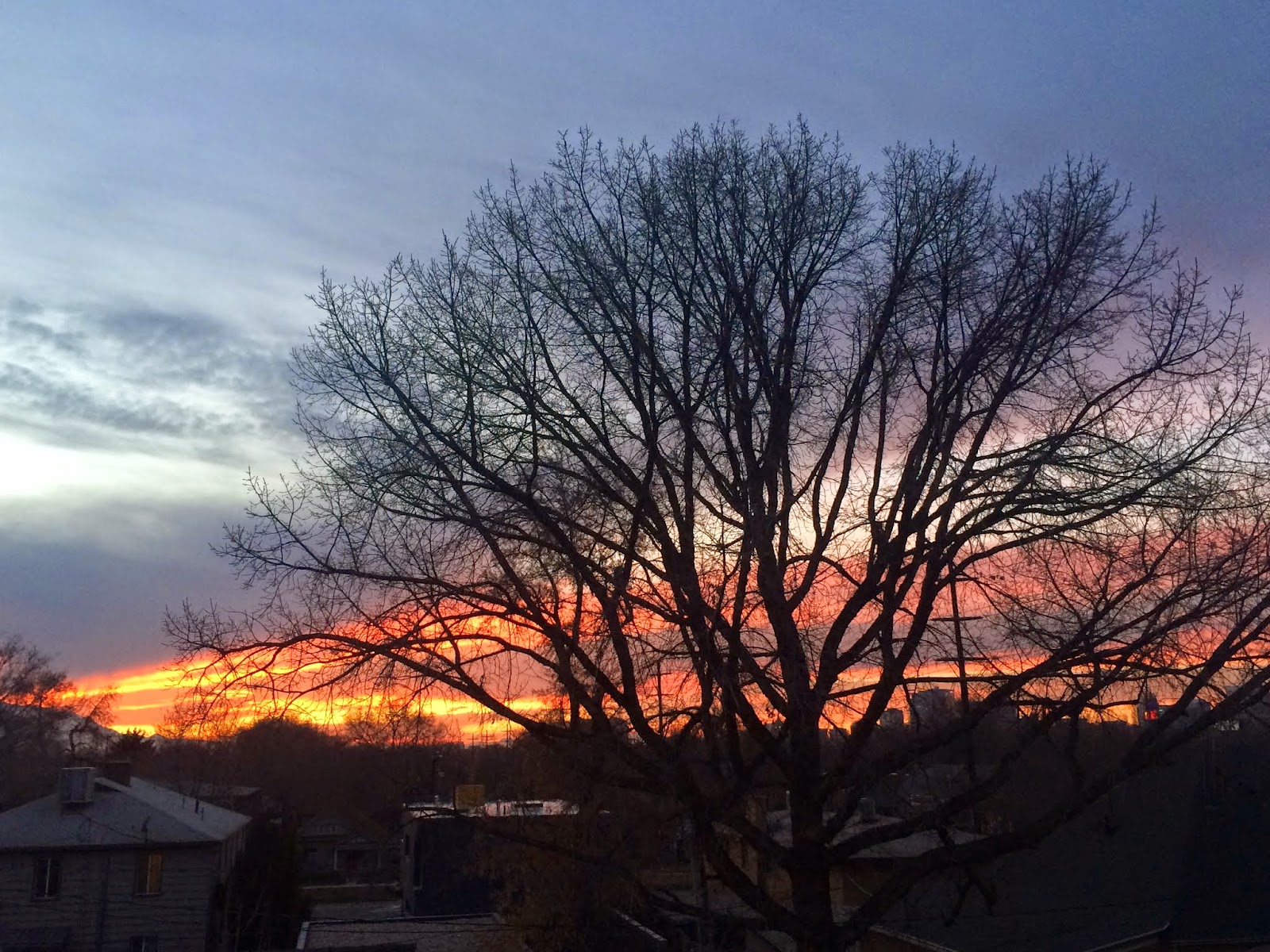 Valentines night I ended up a Buffalo Wild Wings (ha!) with a couple good girlfriends (Meghan and Amber) and a handful of guys. Pretty low key, and then we went to Scott's to play games. This website and games are actually pretty awesome - everyone plays on their own phones and we draw stuff in Drawful. I am a terrible artist, but we had some really good laughs and I even won a round. Beginner's luck. I made Taylor download this a couple weeks later so I could play again. 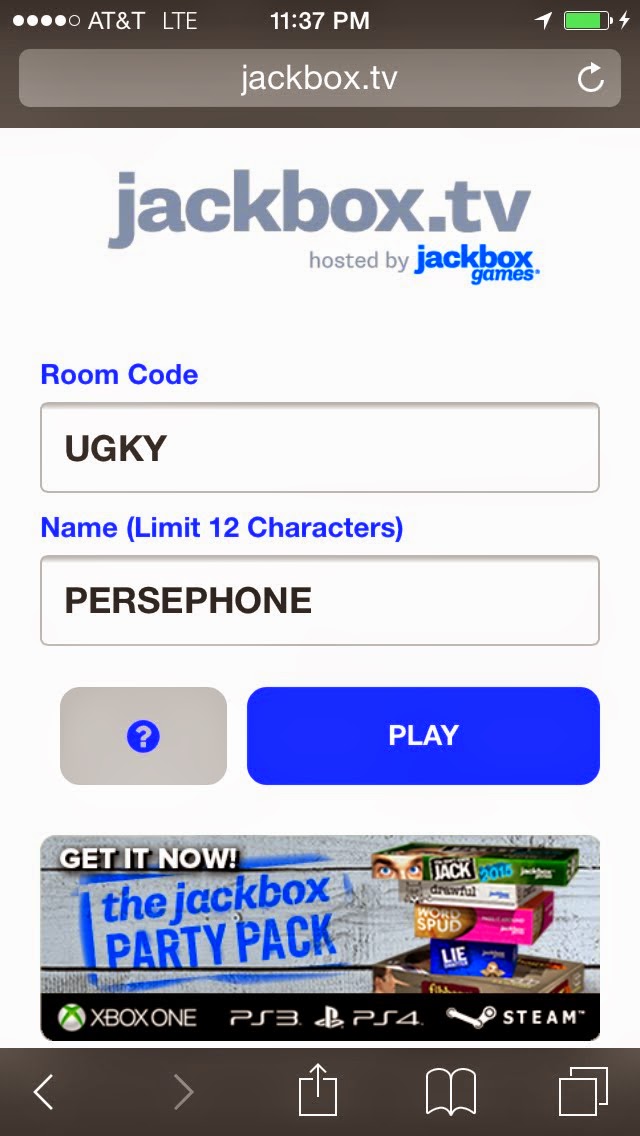 Taylor and Courtney were down in St George for the weekend and sent me this. Adorable. 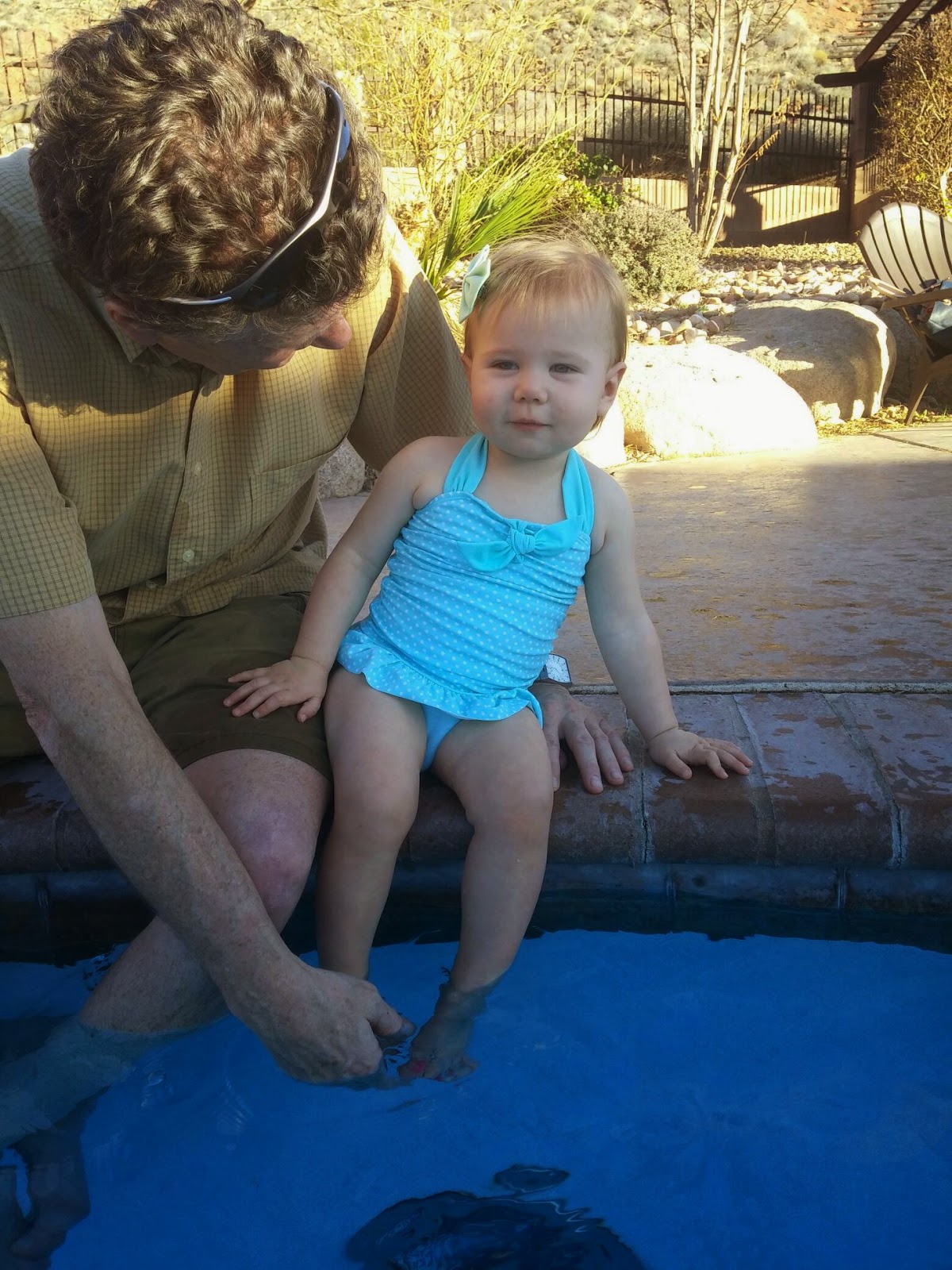 Sweet Sabra in my ward left this on my doorstep for Valentine's. Such a lovely surprise, and I am glad we are friends! 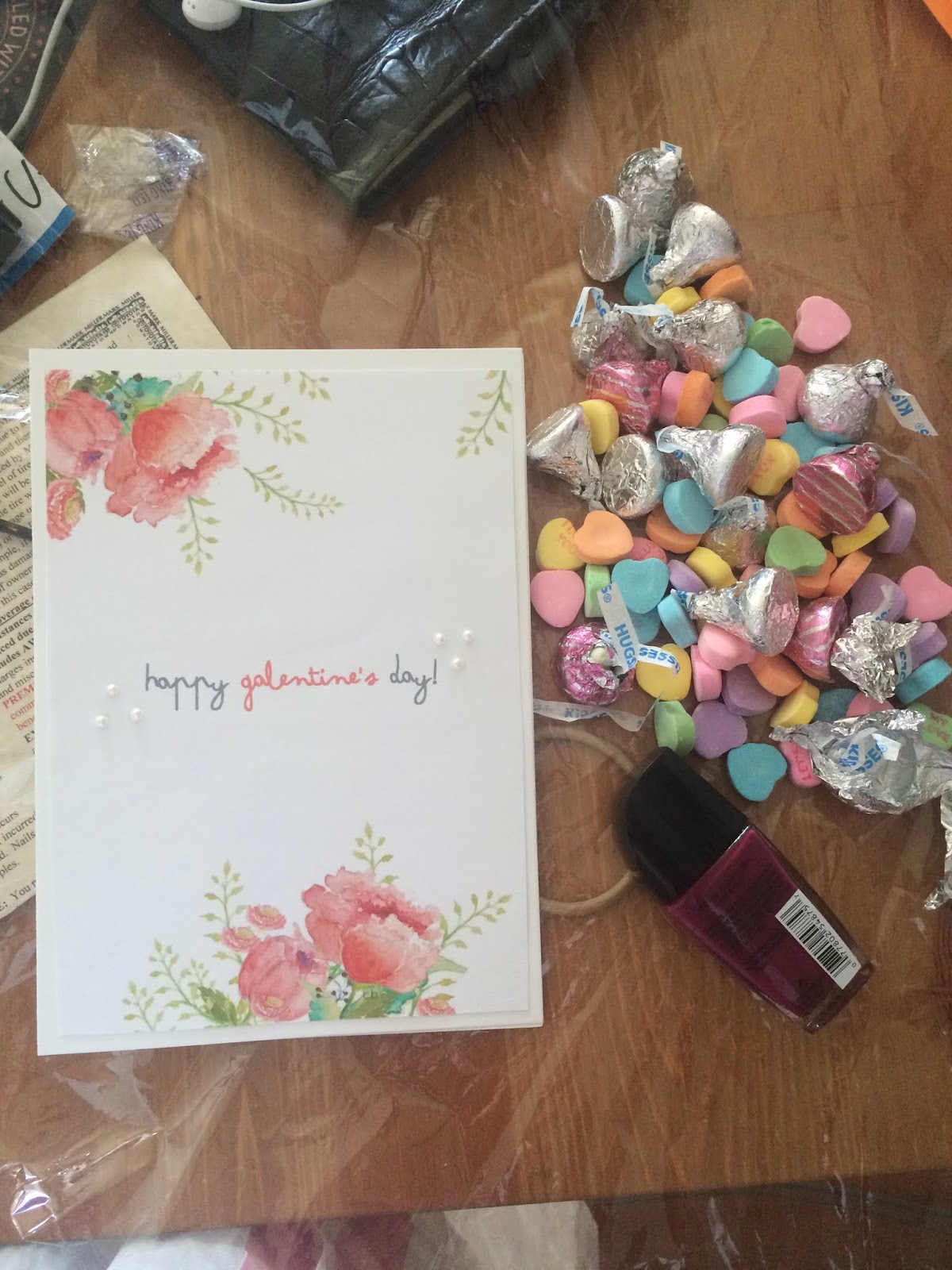 Celisse convinced me to give up sugar for Lent. So I went on a binge the night before on Fat Tuesday.  That hasn't gone so well....

I had a Tinder date with a guy in town from DC for a conference. He was super DC - Peace Corps, Americorps, non-profit, likes Al-Jazeera. We got along splendidly. Met up at Rye for a late night snack, and ended up chatting with a random older dude from the neighborhood who was out looking for some Fat Tuesday Fun. That guy slipped me his number while my date was in the bathroom. Hilarious. No, I haven't called that guy.  We played some pool and did some lip syncing. Why can't Mormon dates be this fun?

I dropped Justin off at the Little America hotel, which I'd heard is nice, even if it's not the Grand one. I had to go in a check it out quickly. Full on living room and rad bathroom. I need a staycation here. 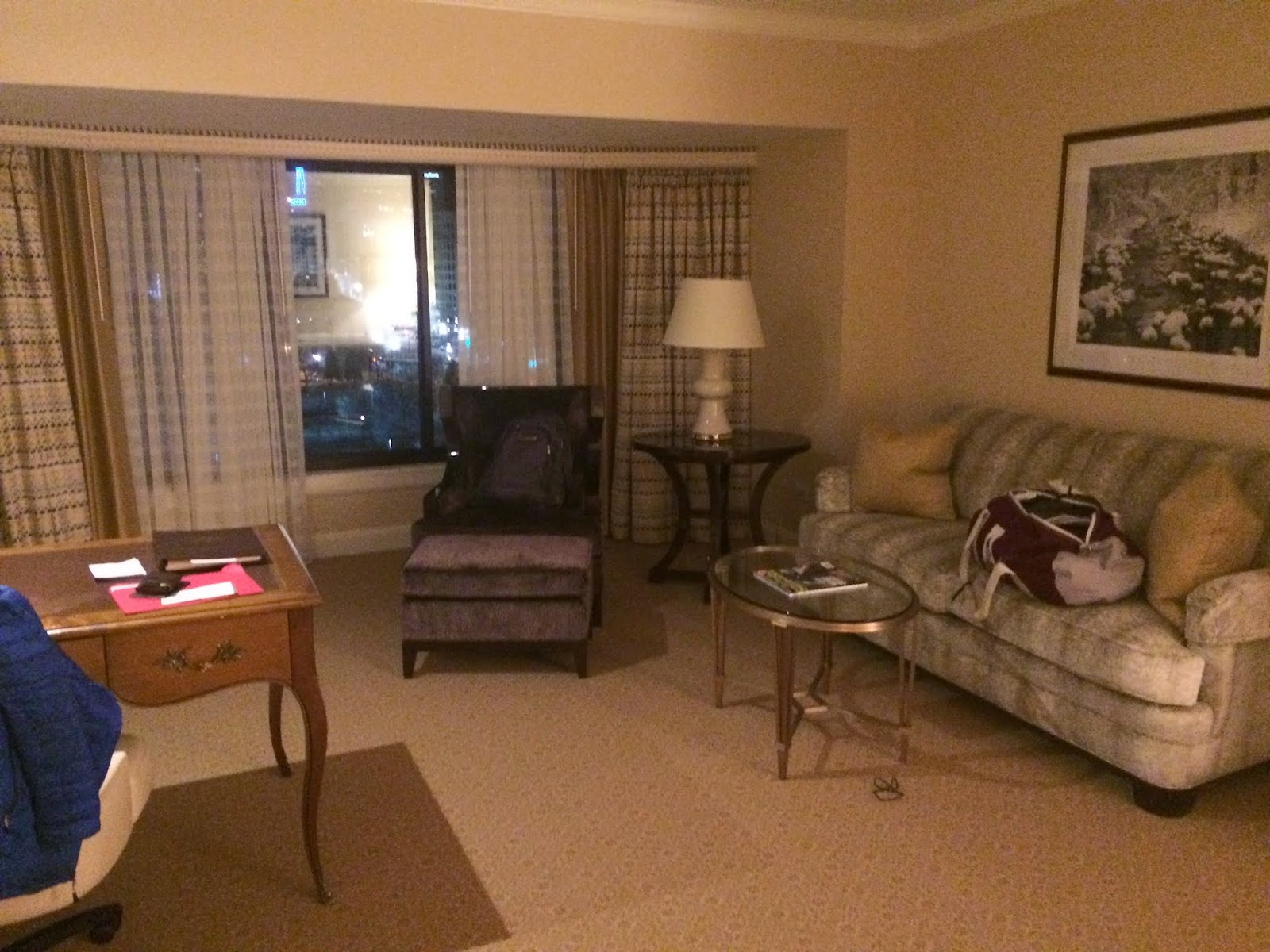 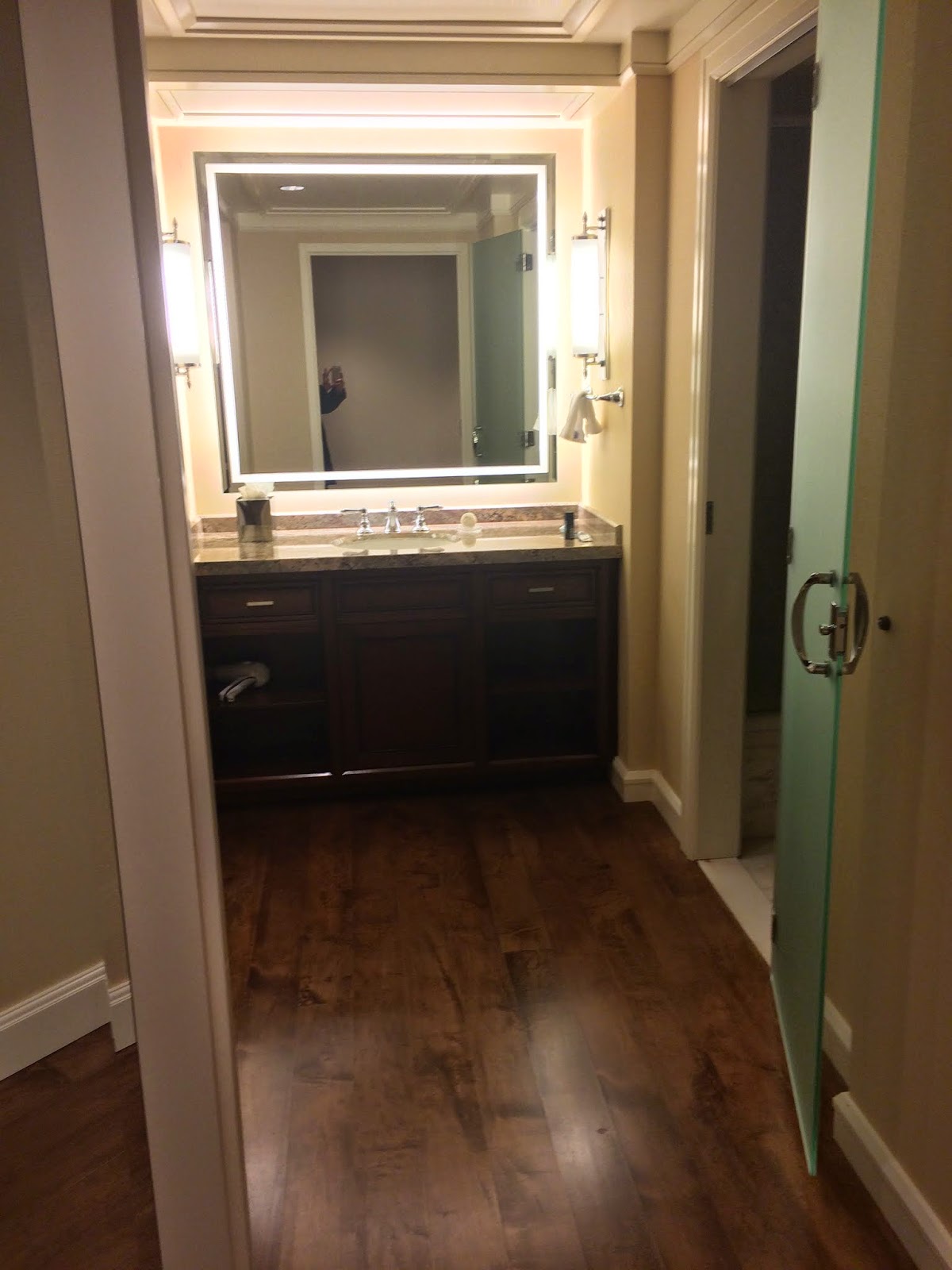 Banff Film Festival came to town, and we went for our mutual activity. I snapped this as we were walking into the theater at the U. The feature film that night was And Than We Swam, and it was my favorite for sure. Go take a look. 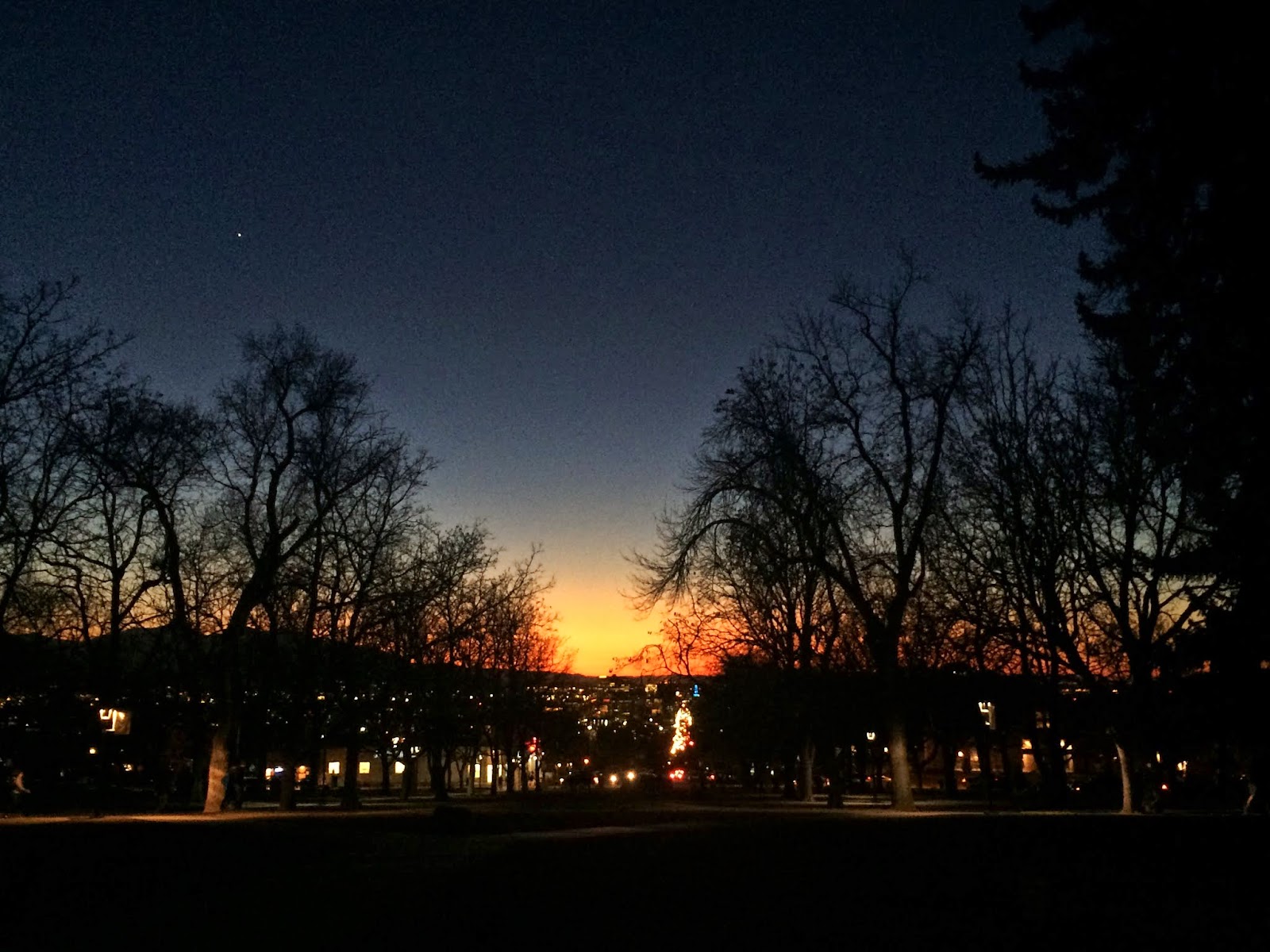 Saw this on Instagram and found it fascinating! I can see the tower from my balcony now, though when the tree blooms, I can't. But it shows the weather forecast! I had no idea. 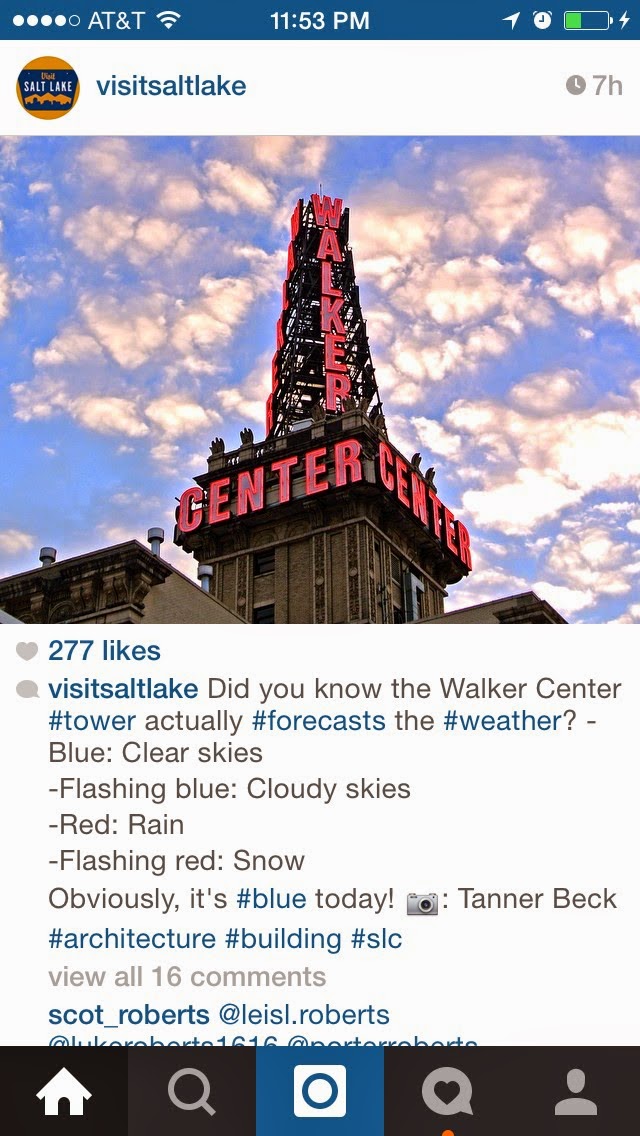 CC just had a rough breakup, so we've been having some good girl time. Like Costco and Target trips, and then I worked out of her office one day, since her other two coworkers were on the road. That was a fun day, especially since her office is in a great part of town. I wish I didn't work out in the burbs. I also took her to her first midsingles ward experience in Utah one Sunday, and that didn't go so well. We'll be trying the new Holladay ward next. I went once, and it actually felt like church! That's a miracle.

White Arrows were in town from LA, and I was on the fence, but decided to go see them after I'd already been to book club (In the Heart of the Sea is great!), went to religion class, and grabbed sushi burrito. I love busy nights like that. They were pretty good, and my timing was perfect. Kilby Court is so rad. 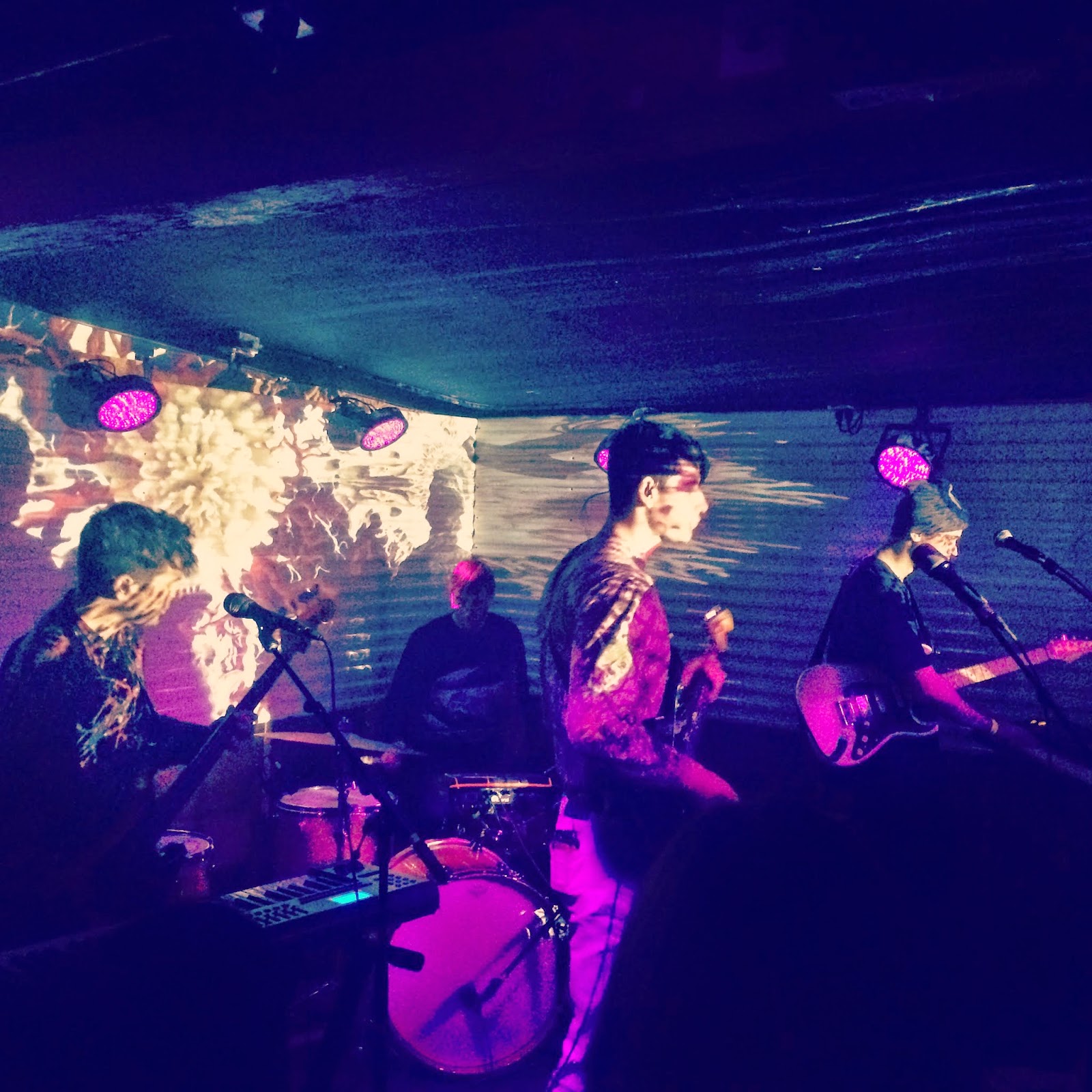 I had to get my car registration renewed and decided to go to the authorized place near work that's not the DMV. Much faster, right? Three trips later, maybe not. I failed the safety inspection because my windows were tinted too dark, then the next day I passed (thanks, Taylor, for peeling it off), but then they couldn't get my charge to go through and print the sticker. Except the charges did go through, ugh. It finally all got sorted, and I am a legal driver. 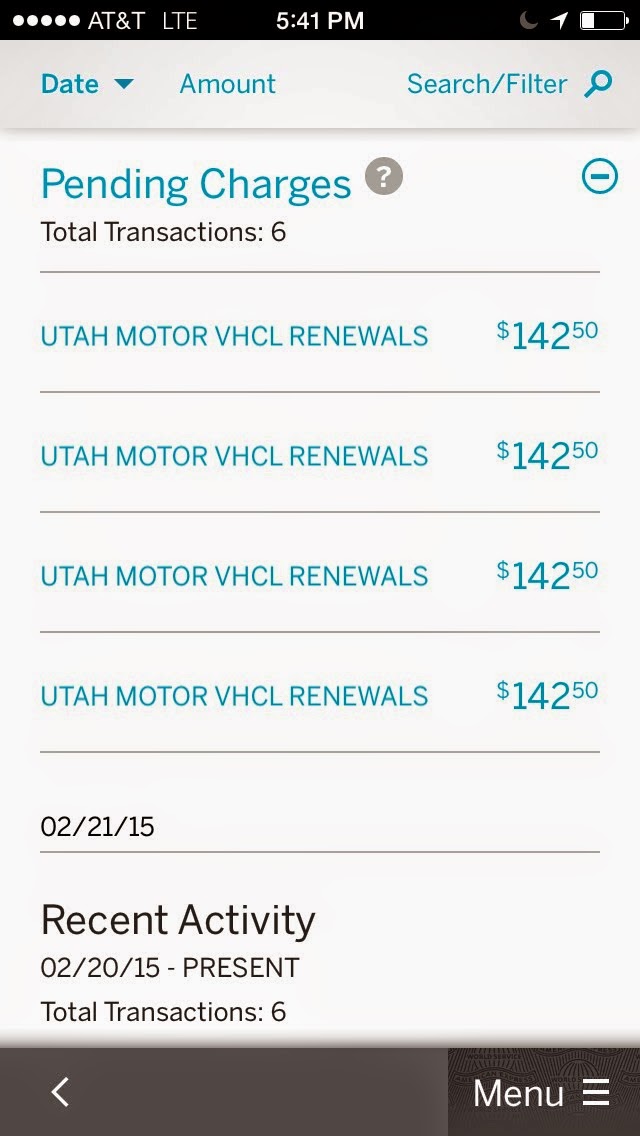 One Friday I drove down to Provo to see Meghan, since it had been awhile. We had a great girls night at Pizzeria 712, which is excellent, though weirdly located in that half constructed, abandoned sort of apartment complex in Orem. We watched Virunga and read magazines. Then I had a hair appt in Provo. Scary. 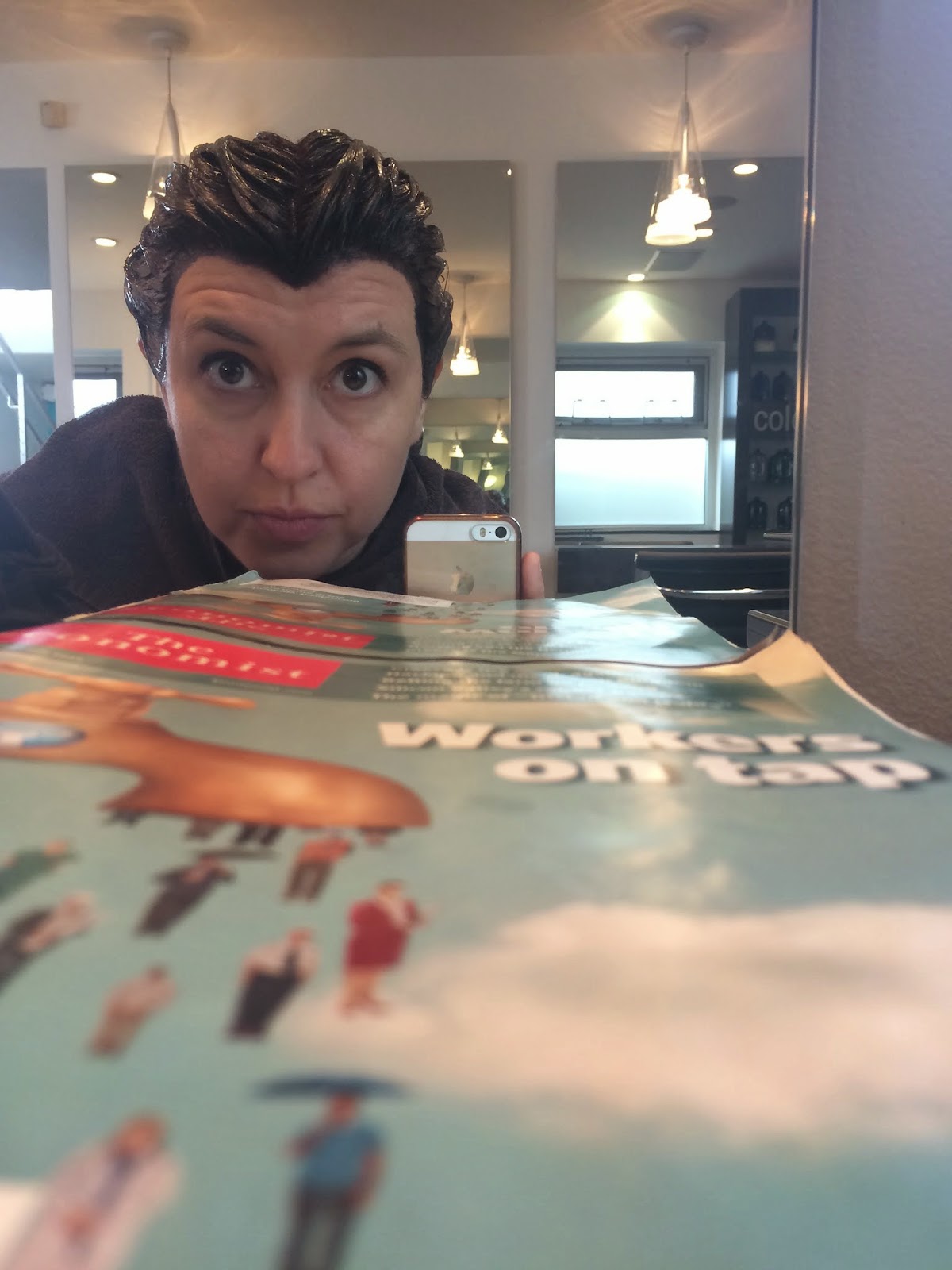 Then I took Meghan to Costco so she could stock up on food for Whole30, which she is finally doing. She wanted me to try it with her last year, and eventually I did it, and she bailed. But she's halfway through now, and going strong. And while I was at my hair appt, turns out she had a Tinder lunch date with a guy who a friend a mine was going to set me up with. Seriously, this Utah dating thing is too small.

I drove over to Taylor's after Costco, and out of nowhere - snow. You probably can't see it, but it was coming down and left a nice dusting on the lawn. 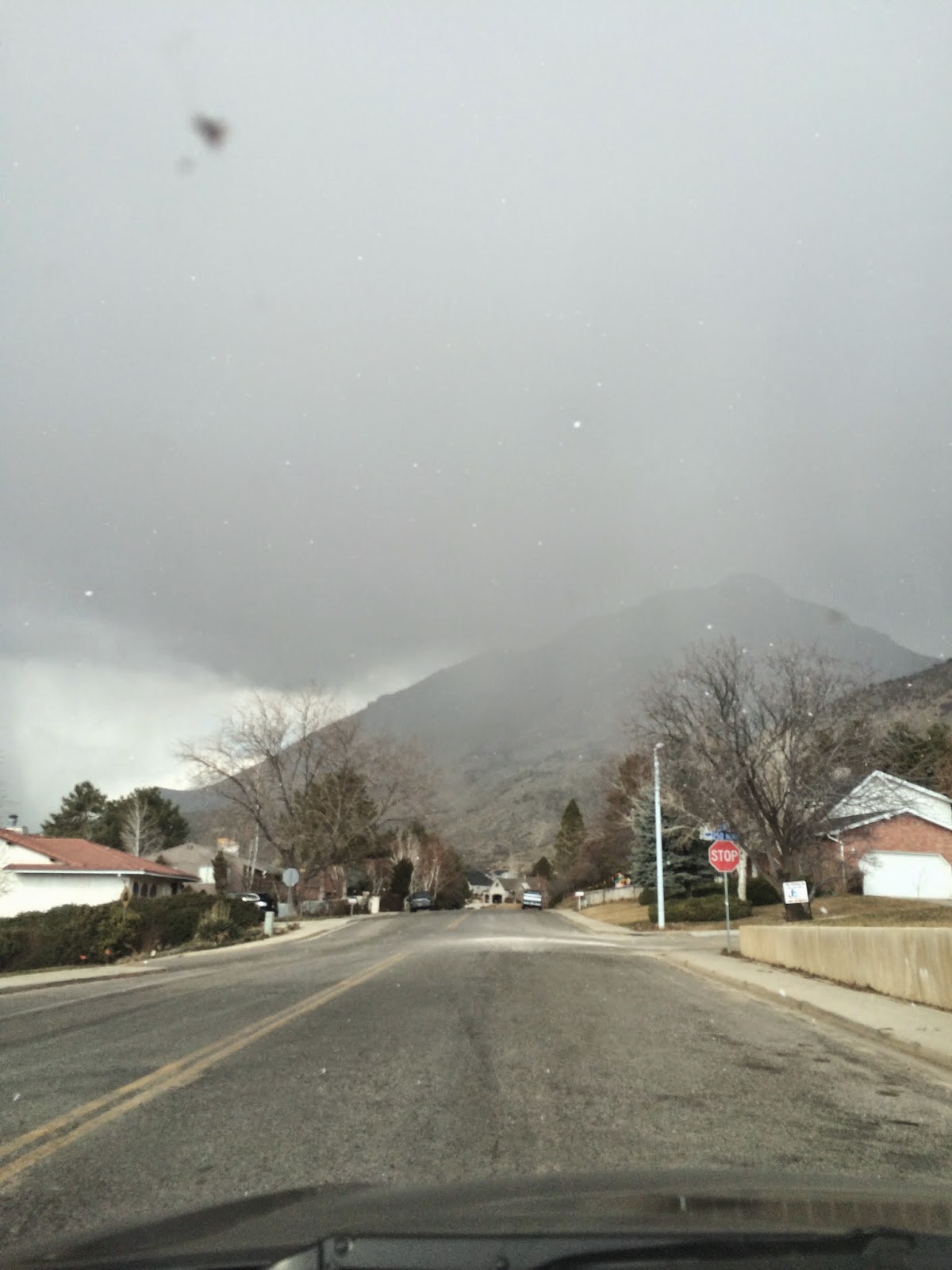 Hallie time! I wasn't even going to stay that long, but of course I did, especially since I wanted to see Courtney after work. This girl loves goldfish. 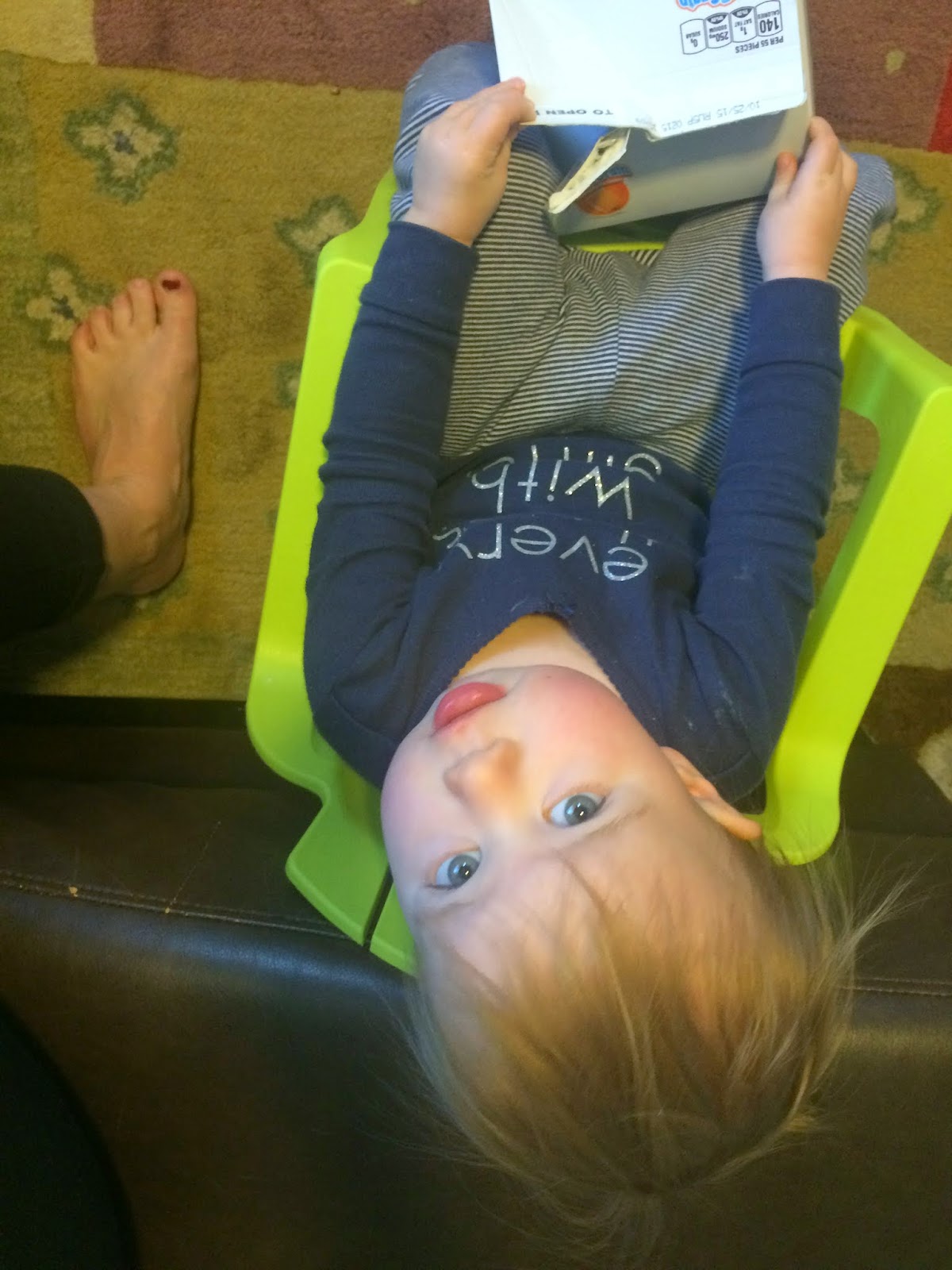 And she still loves my purse. 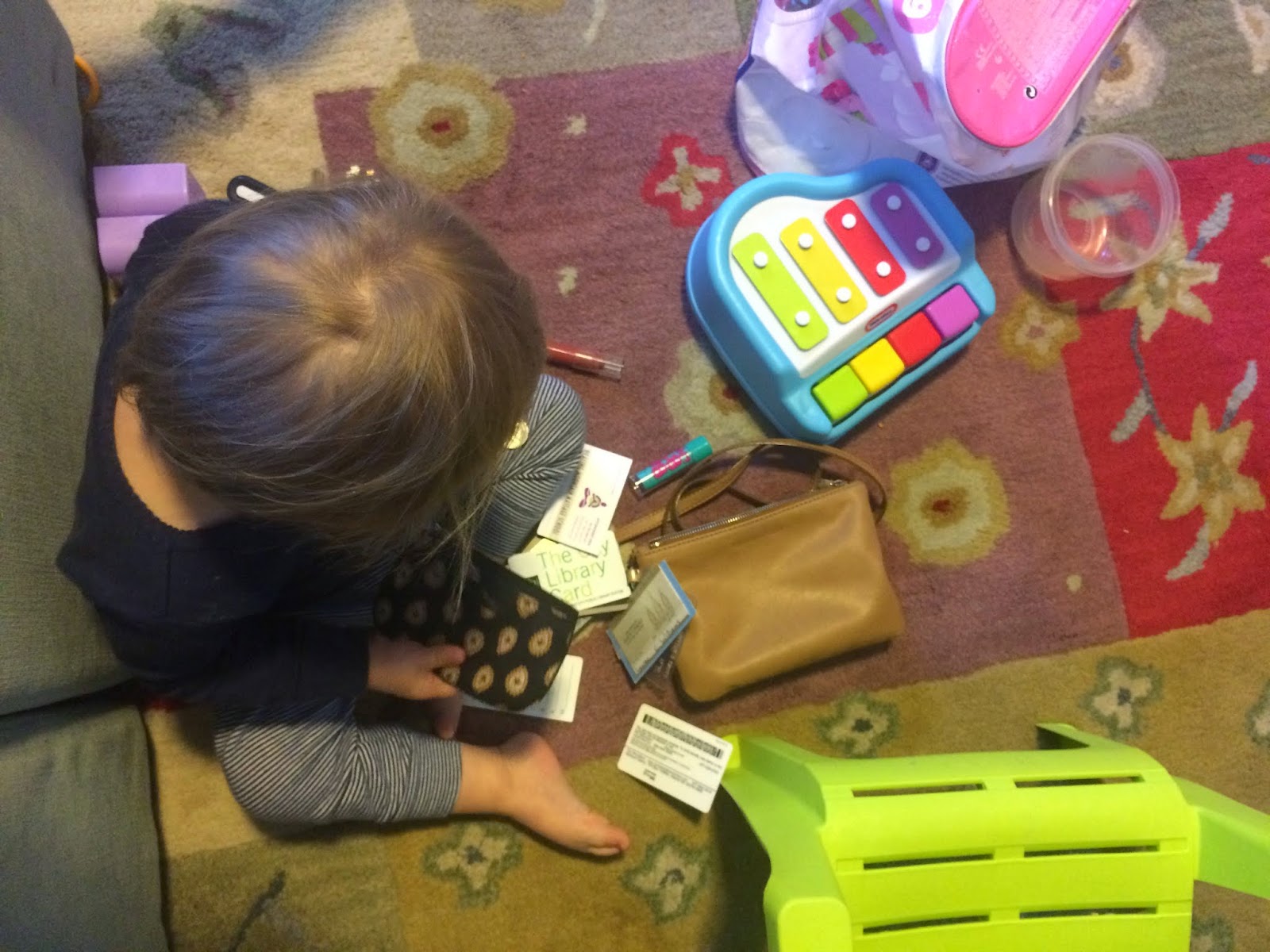 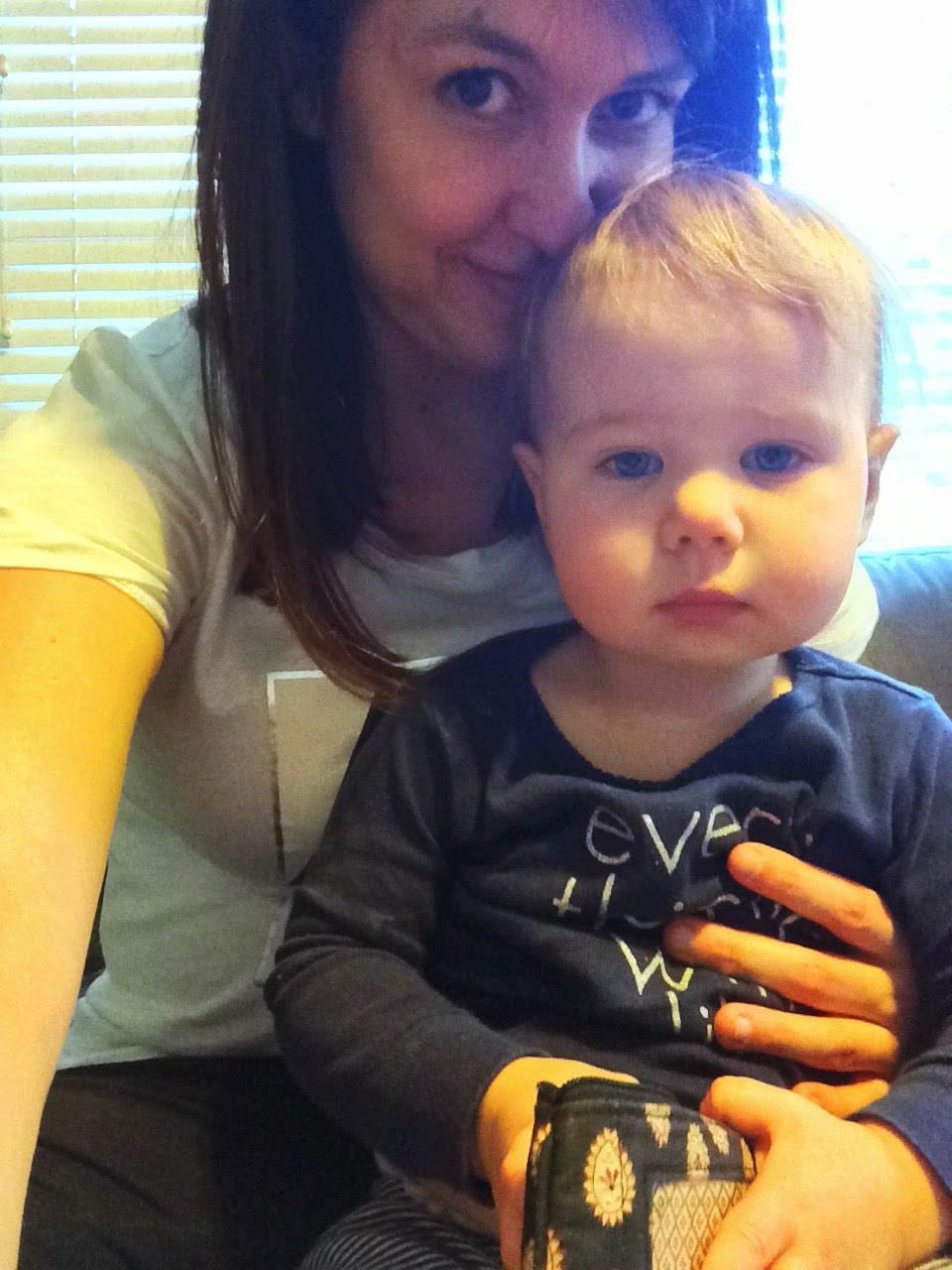 Oscar Sunday - Nathan came over with gourmet grilled cheese stuff. We ate so many of them. Bacon avocado three cheese awesomeness. Oscars, eh, I don't really care too much. But I won my Oscar pool! I get a prize from Jacinda soon. 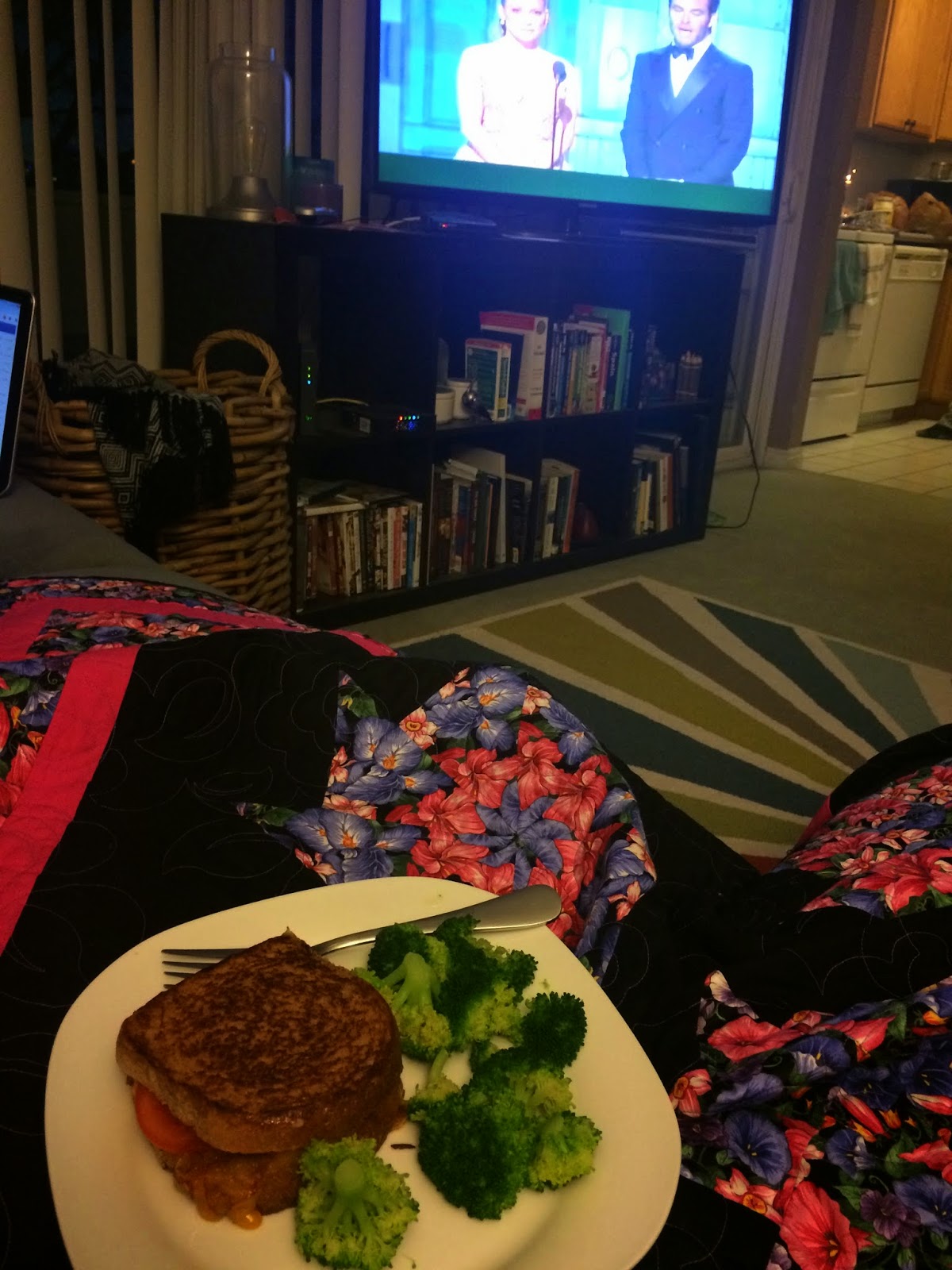 Random alpaca sweater day. A lady at work saw me in the bathroom and commented. Asked where she could get one. Um...at a textile market at a village in Ecuador. 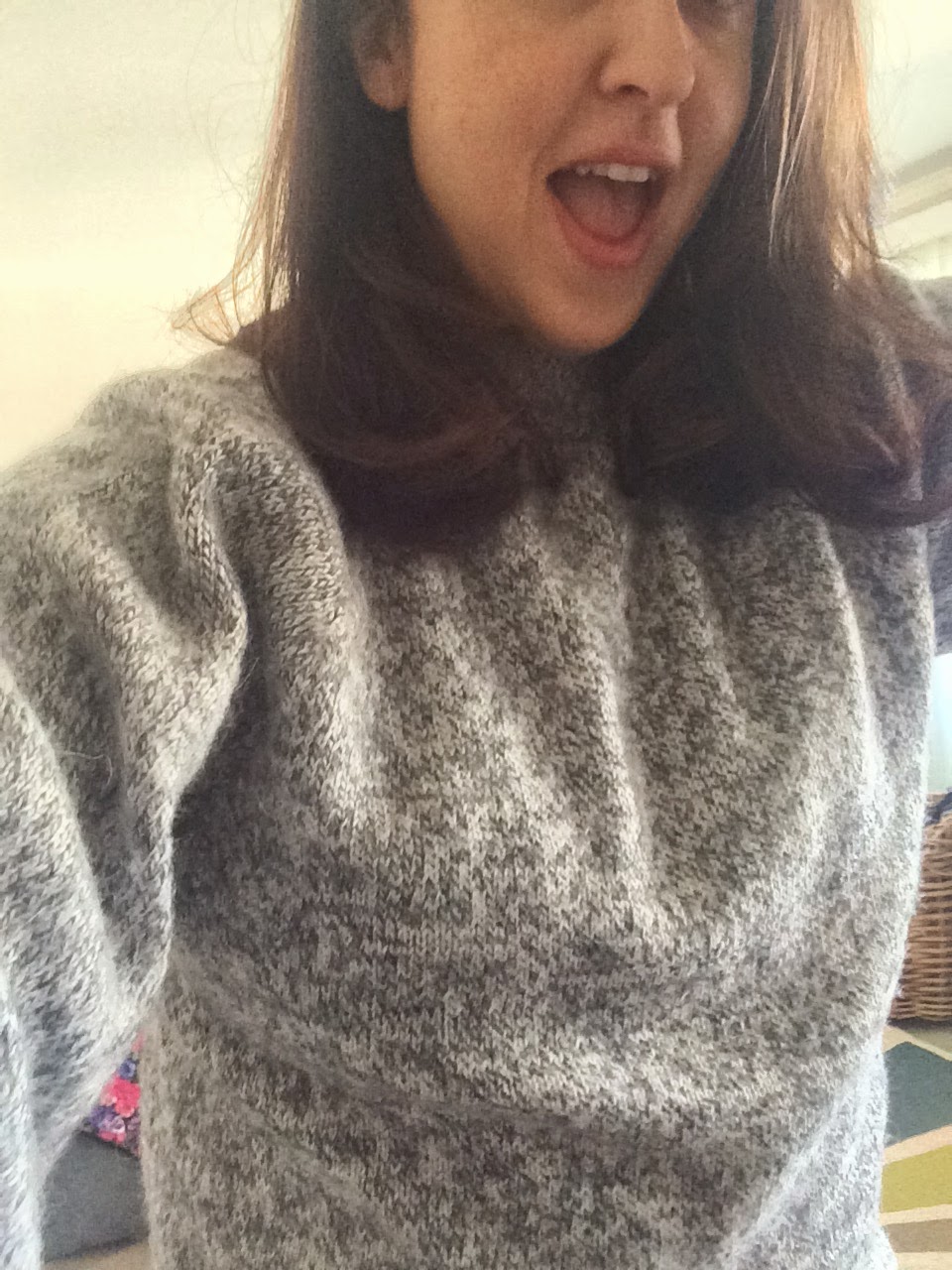 Work got fancy with chicken and waffles. I don't even love the combo, but it was the best thing in there that day. 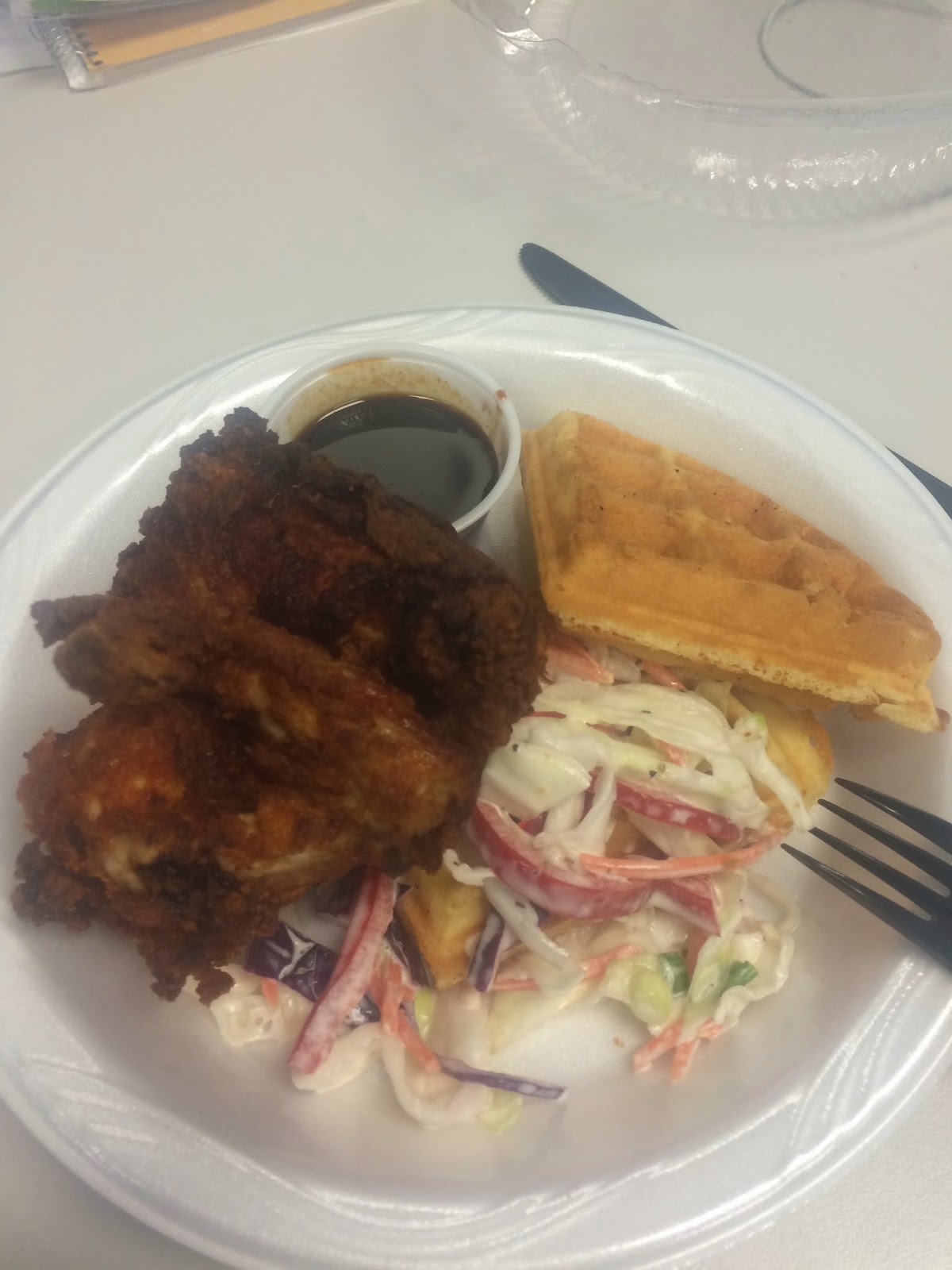 Celisse asked if we could skip Lent on Sunday and have treats. So later that week, I caved and got cookie butter ice cream. Yeah, Lent isn't going so well. And I found the best chocolate chip cookie recipe this week and have been eating cookies like crazy, but tomorrow, we are back on the no sugar bandwagon. We can do it! It's only til Easter. 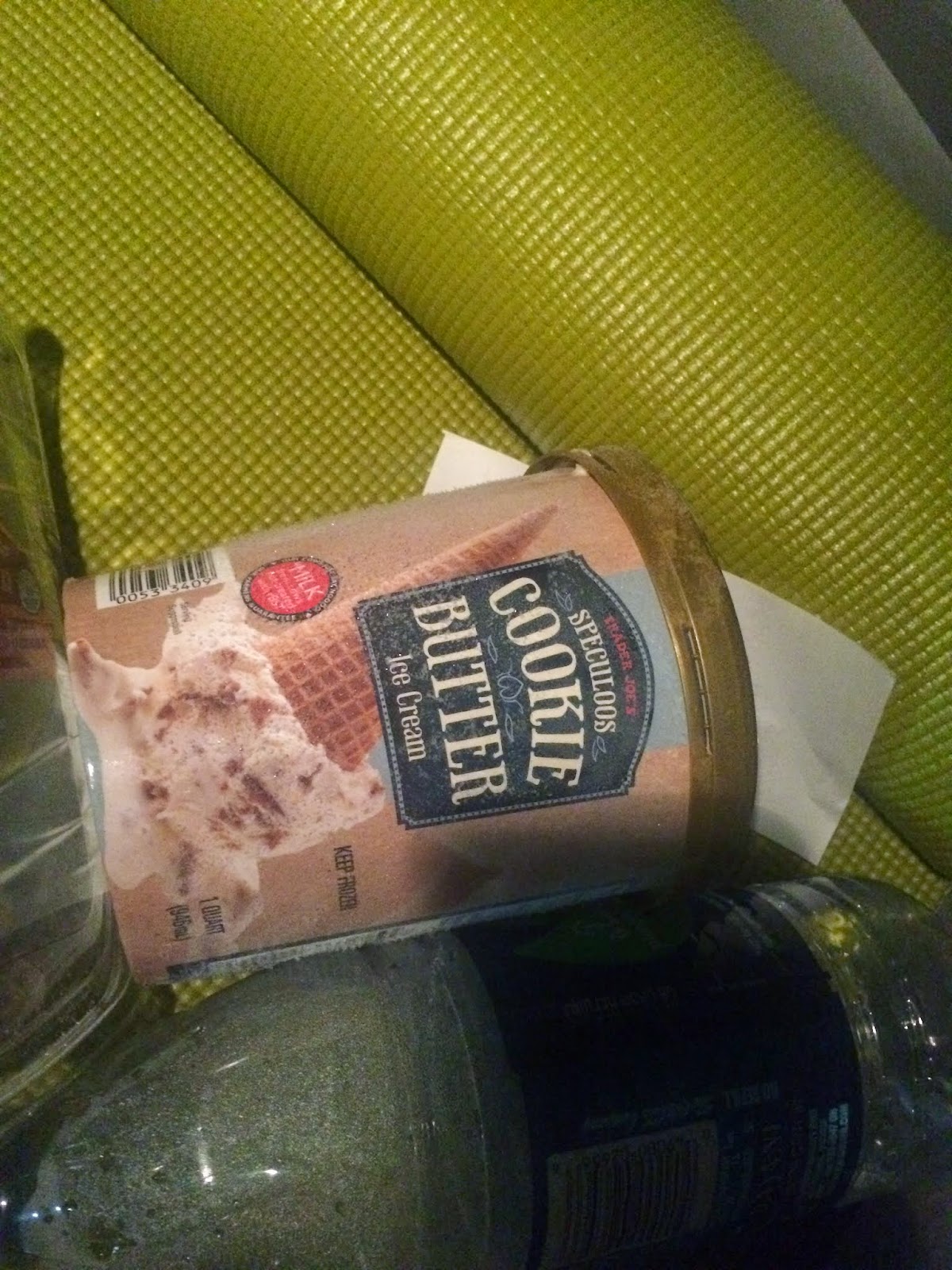 Marcello was in town to hang out with his mom and family. He popped over for dinner (we had Moochie's) and of course, he assumed the usual position. First on my couch (I'm just going to take a little nap, he says, at 10pm), and then I kicked him into my guest room and he slept all night. Oh, Marcello. 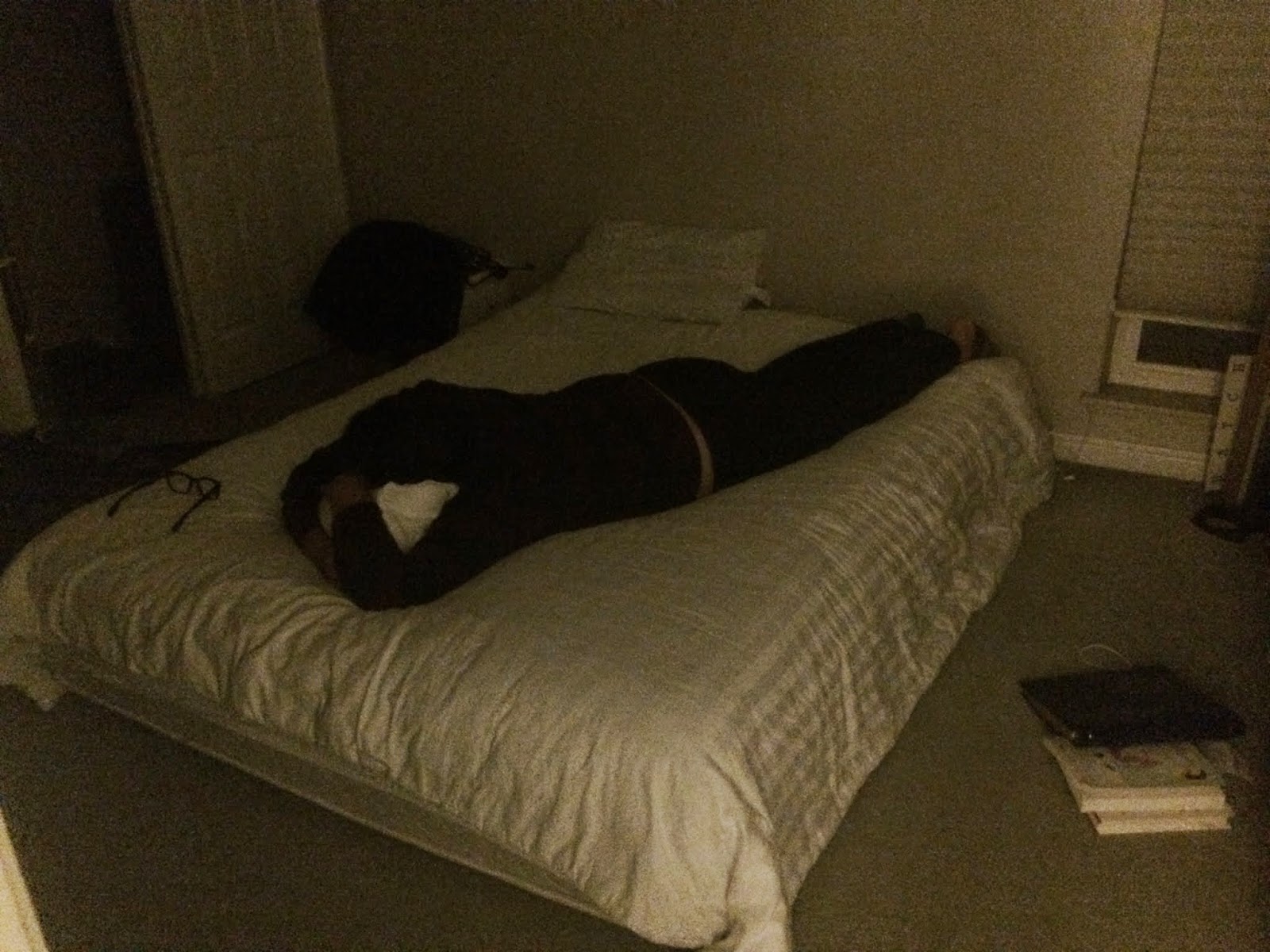