Eh...so I haven't had the best last few weeks.

Boy I was dating, the one mentioned is a recent previous post, broke up with me for a reason I still can't exactly decipher, after we spent a great day together and then he came and met my brother and his family and had dinner with us. Who does that? I was a bit blindsided.

I started an eBay store to get rid of some clothes that I've barely or never worn, and I've made a few sales. But after fees the eBay is taking, I don't even know if it's worth it. And so many trips to the post office! I always use the automated machine to mail my stuff, and I had several packages returned for insufficient postage. What? You weighed the thing and told me what to pay! And then sent it back for more funds. This isn't worth the hassle.

I keep turning down wrong streets while driving and not remembering where things are located. My mind is not sharp lately. That's so not like me.

Mom flew into town last Friday, and I was walking out the door to go pick her up when I decided to grab the broom and sweep the front porch quickly. And then I locked myself out of the house. No car keys. No house keys. At least I had a phone. And then I tried a credit card in the door and it opened much too easily. Always lock that deadbolt!

This article came out, and it sums up my experience pretty well, and it's pretty depressing. I don't know what to do or how anything is going to work out, other than start a convent full of ice cream and Netflix. I've got at least one girl friend on board.

I asked my brother if I could borrow his GPS for my upcoming European road trip, since it'd be a little less expensive than renting one every day, even with buying a new map. He sent it with my parents to Utah this weekend, however, he didn't include the connection cable for the computer. I went through my pile of cables and found one that would work. Then I downloaded the Garmin Express software that I seemed to need to manage the device and map updates. I couldn't get it to install on my computer. After multiple tries late last night, it finally installed. Then I plugged in the GPS with the cord I'd found and it wouldn't recognize. Fine - I installed some drivers. Still didn't work. A restart and a few tries later, device recognized. Hooray! I wouldn't have to send it back to Tanner and not use it, so I went to sleep thinking it would work just fine.

Today I decided to purchase the map. Of course Garmin needs me to make an account on their site. Fine. I pay for and download the map. Then it tells me I need a different program to get the map from my computer to the GPS, and not the one I had installed the day  before. What? I try to download the program and the extension isn't available on Chrome. Seriuosly? I had to go to old IE. Ick. I finally get the extension downloaded and installed. Then I plug in my device to make the transfer. And it won't recognize my device! At this point I'm hella mad cause I just spent $75 for a product I can't get refunded and now apparently can't use. I rummaged through my old electronics pile and finally found another cable that fit. It finally worked and I think the map transfer was successful. Bottom line - never try to borrow a Garmin and install a map on it. This is much more difficult than expected, and I think I'm fairly tech savvy.

Update: Though the map downloaded, it did not activate on the device. I just spent 30 minutes on the phone with Garmin. They show the map activated and unlocked, however it's not on the device. Apparently they have a technical issue with this specific map, and have a ticket open to fix it on their end. I got a refund. All this hassle for absolutely nothing. Ugh. Never again.

In the midst of all this, I'm really looking forward to fall coming (I know, a little early, and I'm scared of the season after, but bring the layers!), and a new start of a season, and this epic European road trip I'm about to take. I think it will do me some good. I'll come home to another birthday and I'm hoping to make it a great year, despite some crappy things still looming around. My dad gave me a blessing today before he left Utah and I've had a better outlook today. And if these things above are the only things I have to complain about, I'd say I've got it pretty easy. 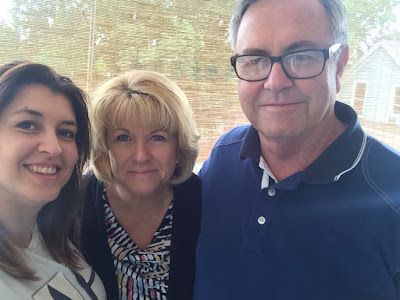