Butrint - Another UNESCO Site, and some Albanian Roads

The ancient city of Butrint is one of the top attractions in Albania and another check on the UNESCO list. The earliest people who settled here might've done so in 6th century BC, and it was inhabited until the 19th century. After that it fell into decay until a couple groups started to uncover the treasures in the 20th century.

It's a quick drive down here from Saranda, so after our beach time at Ksamil, we kept on down the road. Pretty easy parking, not too crowded.  A few shots from on the way. 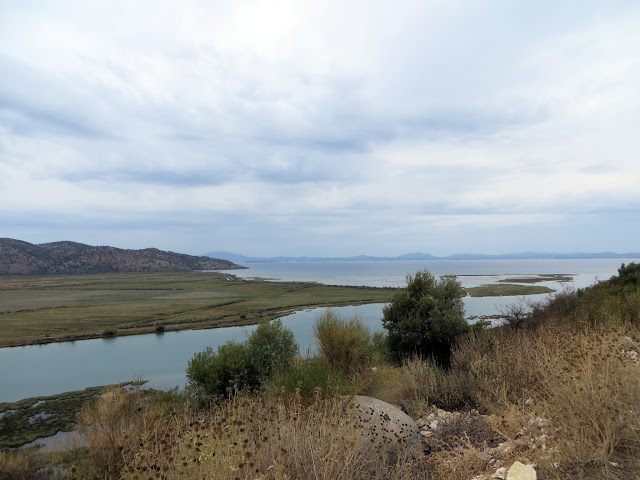 This is the fortress and aqueduct, just across the way.

You can cross for free on this ferry, you just have to wait until a car goes across. 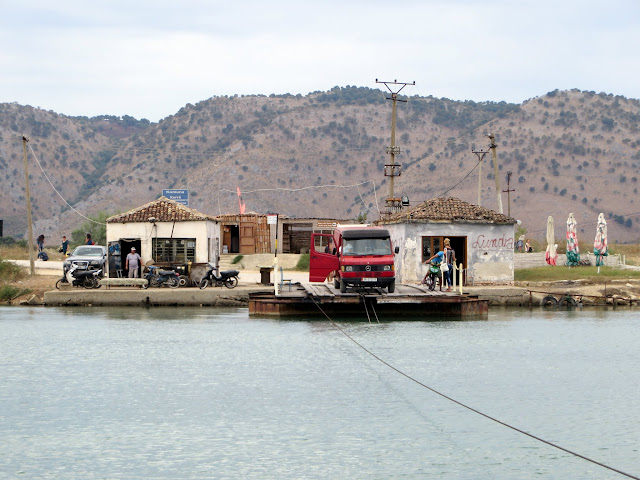 In the earliest days, Butrint was part of Corfu in Greece, and later was under Roman rule, with Italy just across the water. I'll leave the rest of the history story for you to lookup, should you so desire.

We paid our small fee and heads into the grounds. You can tour with a guide (maybe I should've done that, I always learn more), but we just followed the signs and used our guide book for more information. 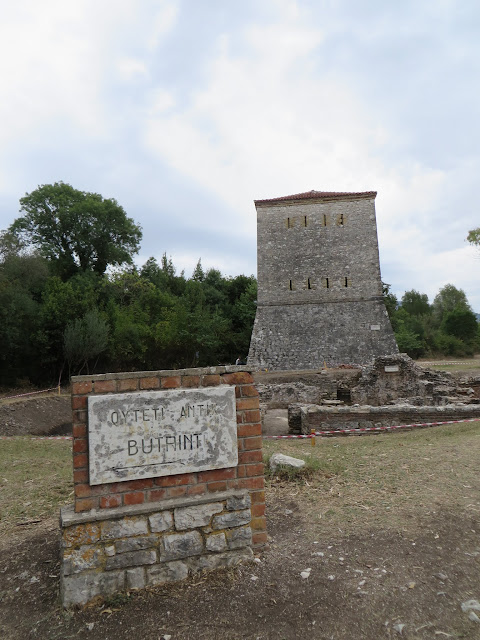 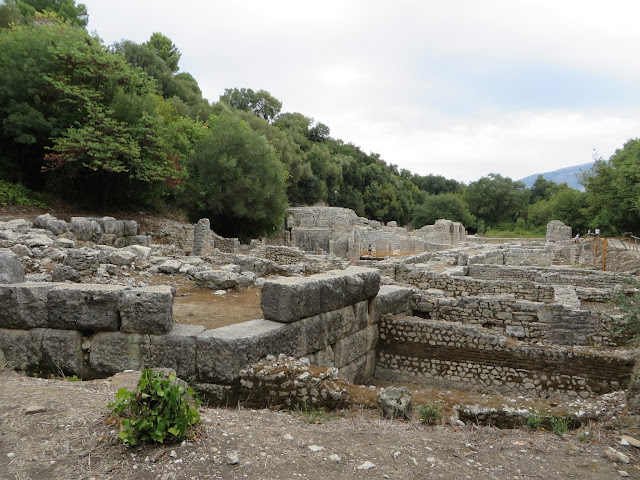 This main area has a sanctuary, bath house and theater, I think emperor Augustus had something to do with it. 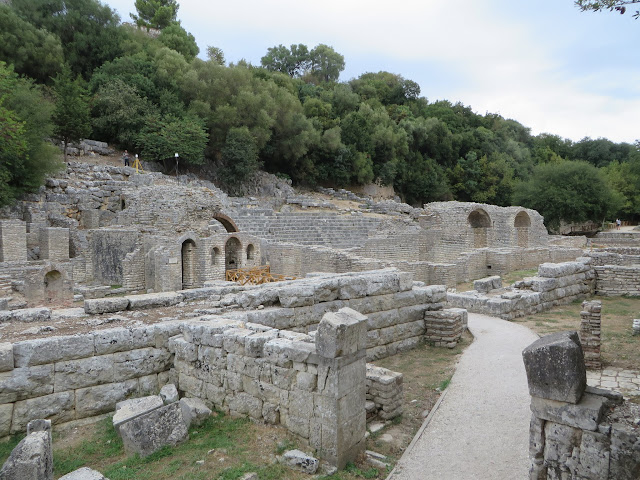 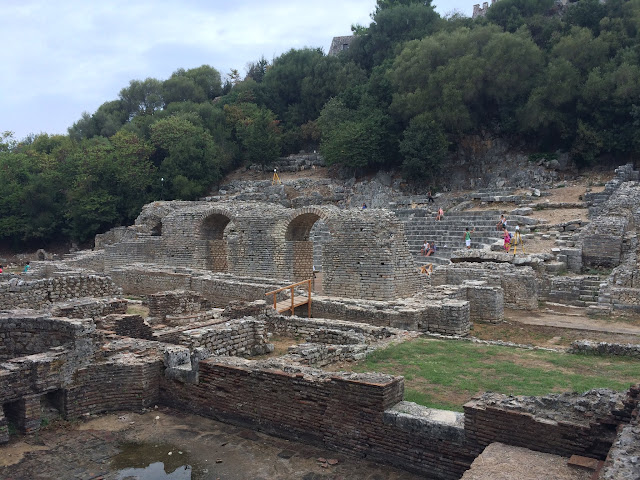 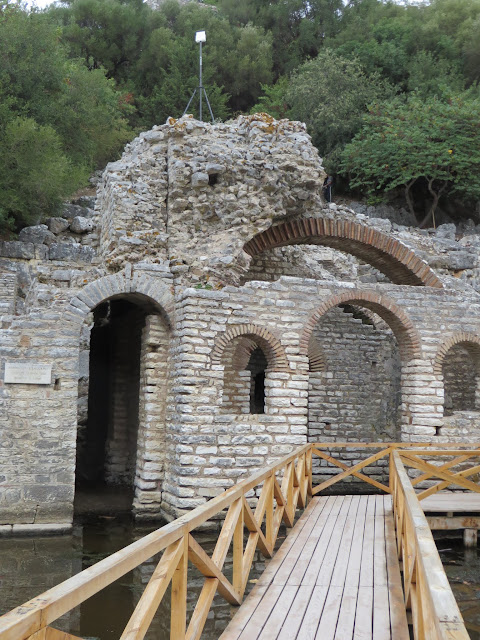 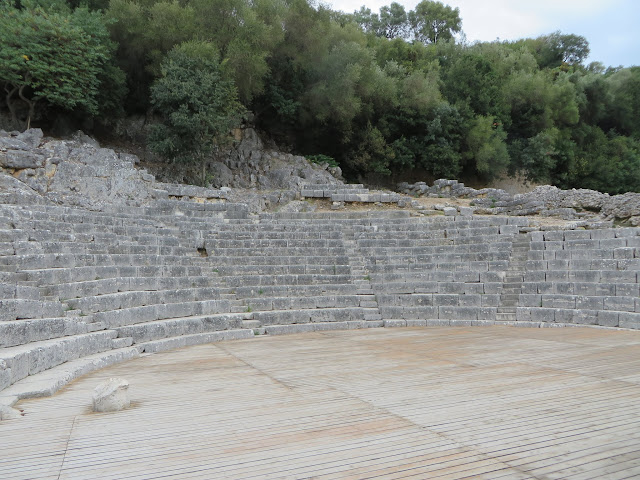 Here's the museum. I forget when it was built, but definitely newer and updated. 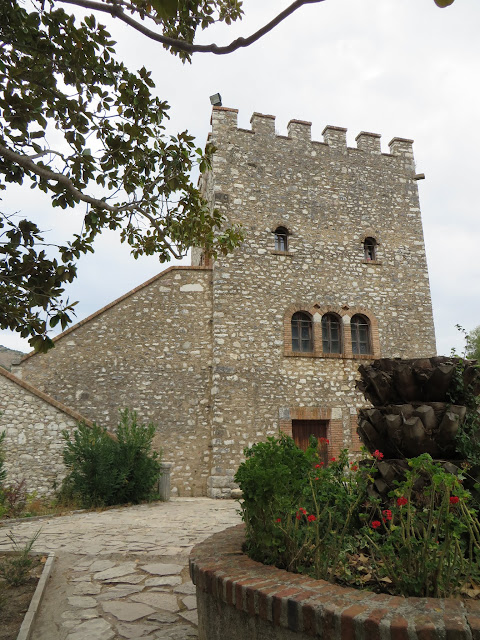 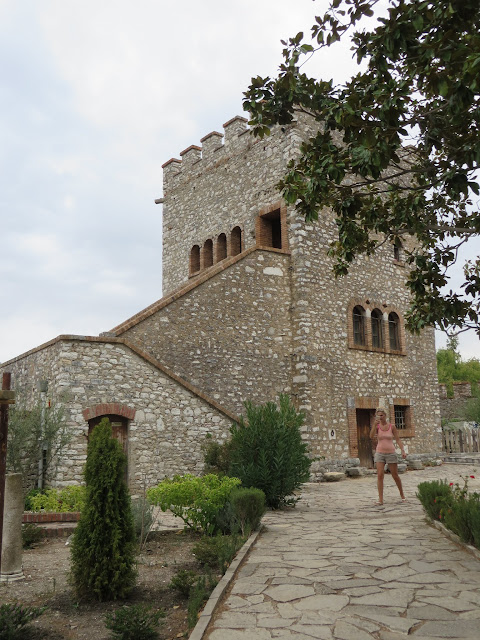 This area is the baptistery, one of the coolest parts of the place. It was the largest baptistery east of Rome, right after the one in Constantinople. It has a beautiful mosaic floor, but sadly it's kept covered up for preservation. I hope they can figure out a way to display it. There are all sorts of symbols built into this structure. 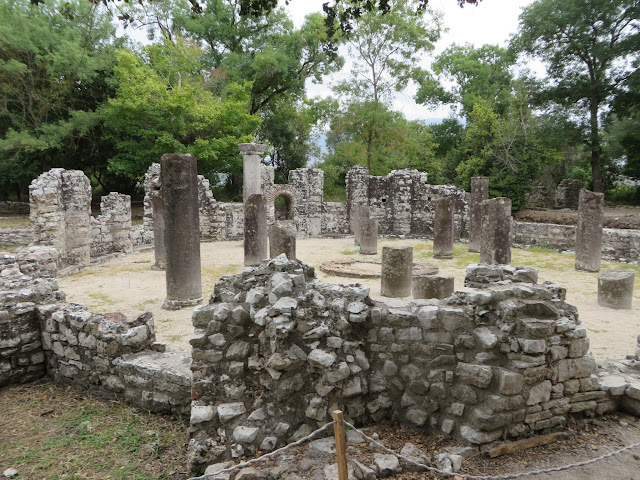 Nearby is the great basilica. 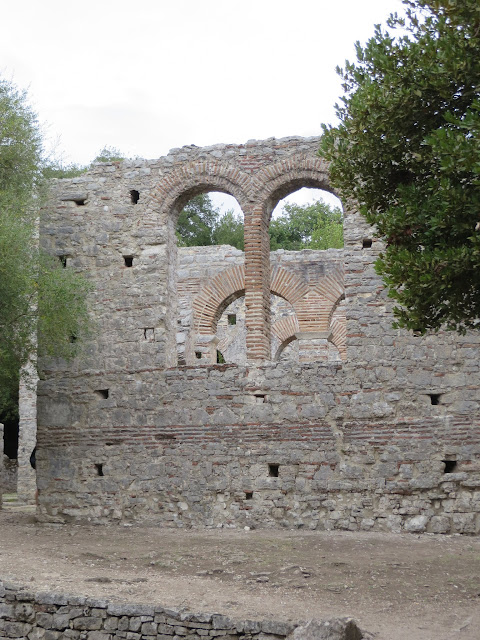 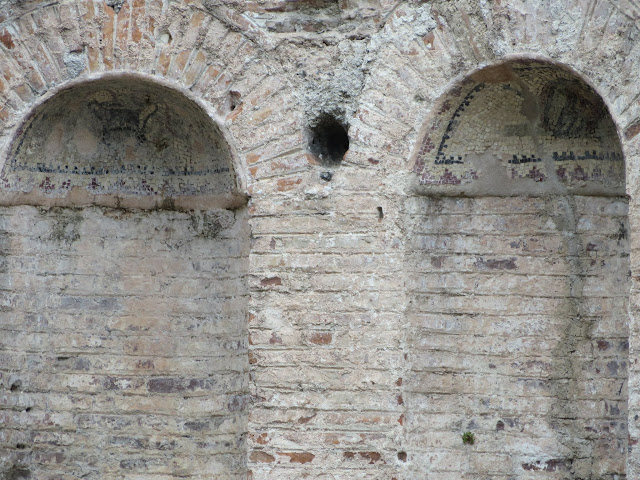 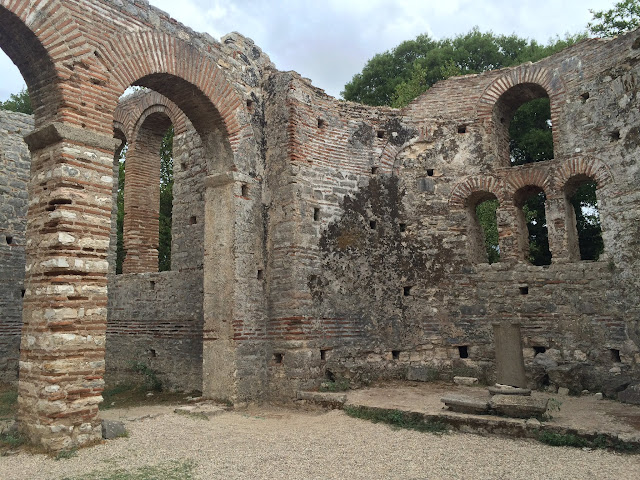 Here's a bit of that mosaic floor. I'd really love to see the whole thing. 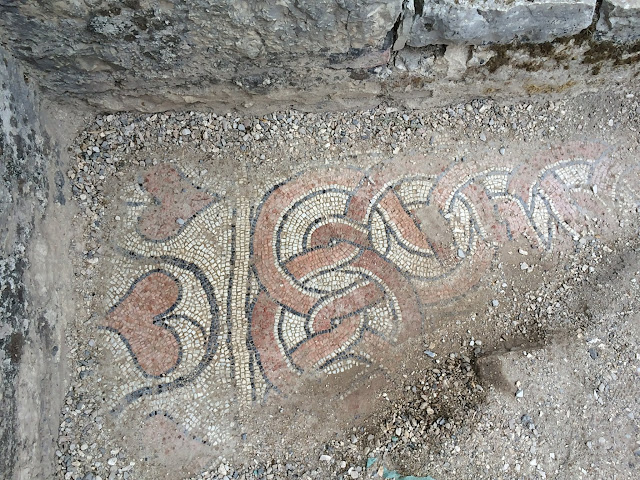 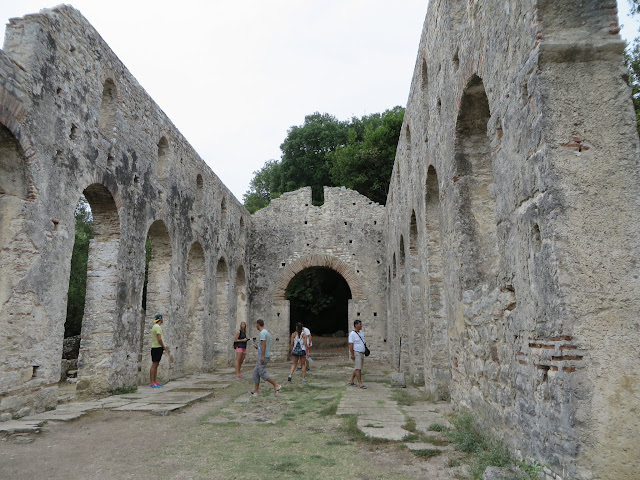 We didn't stay here too long since it was starting to rain and we had some major driving to do, but I'd definitely recommend a stop at Butrint.

We drove north towards Gjirokaster, which is supposedly a really cool town with a lovely castle. It's recommended that you park at the bottom of the hill and hail a cab up to the castle, but sadly we didn't get to find out. It was pouring rain and we decided to keep moving and get back to Vlore before dark. 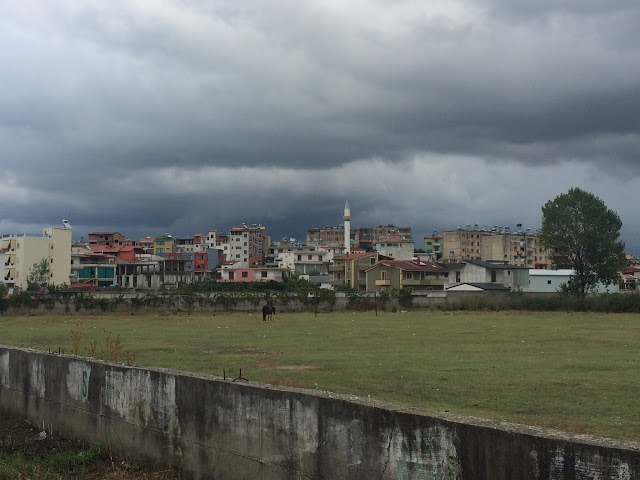 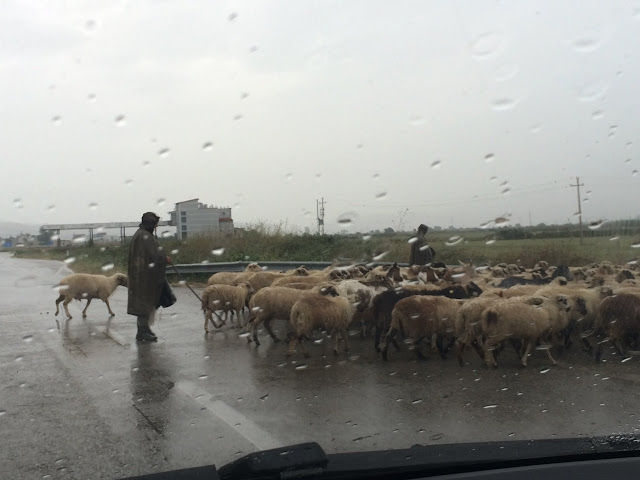 Back at homebase in Vlore, we were reminded to wear house shoes all the time. Kind of a funny thing :) 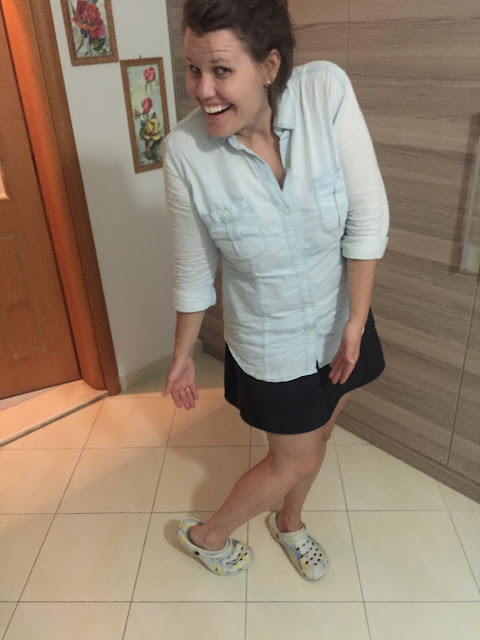 A few road photos. From Vlore, you'd get on nicer highway, but around here were bumpy roads and dirt construction everywhere. 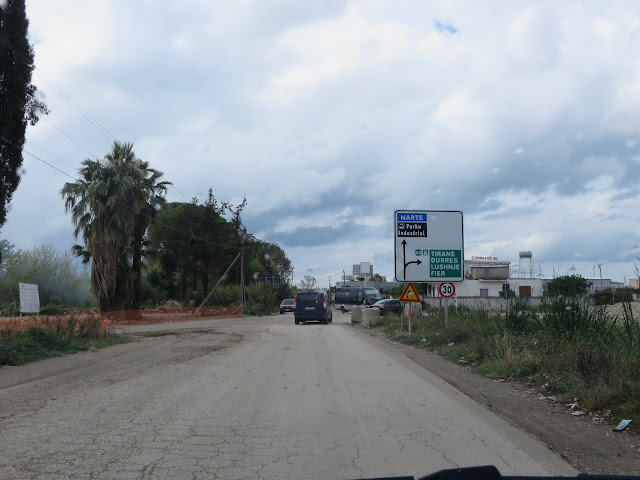 A nicer road. People would still wait on the side of these highways to catch the furgons. I even saw people jumping through the barriers to get to the other side. 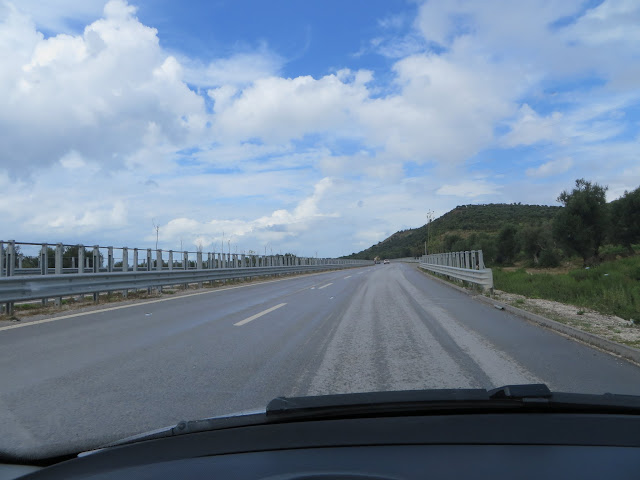 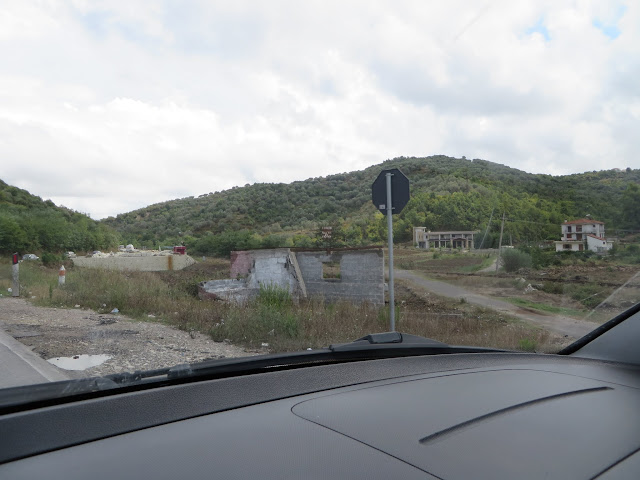 Lots and lots of unfinished construction. I'm guessing because of the financial collapse in the late 90s? 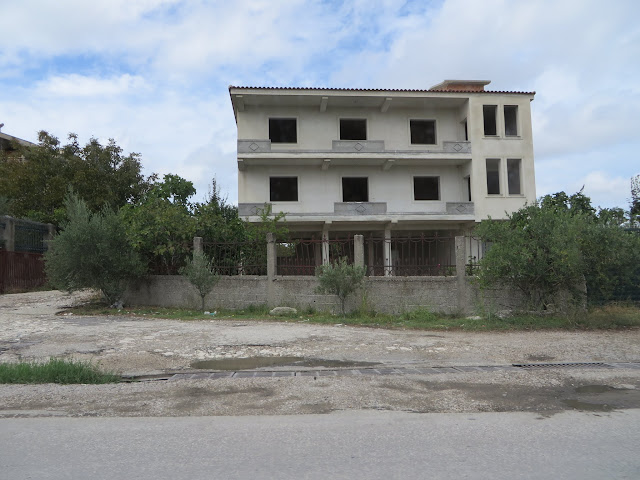 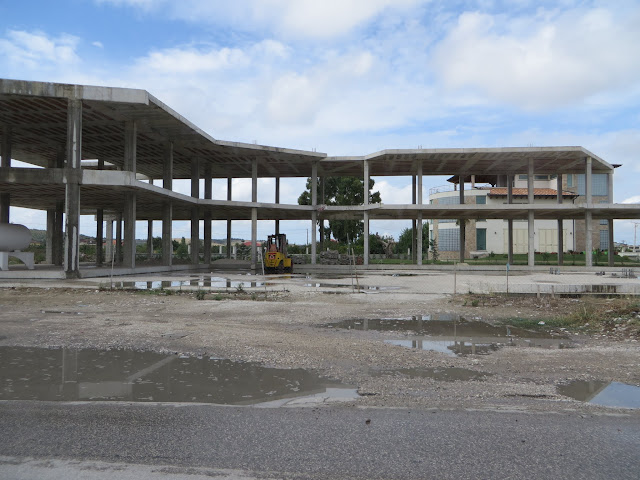 And lavazhos on every single block. Tons and tons of car washes. 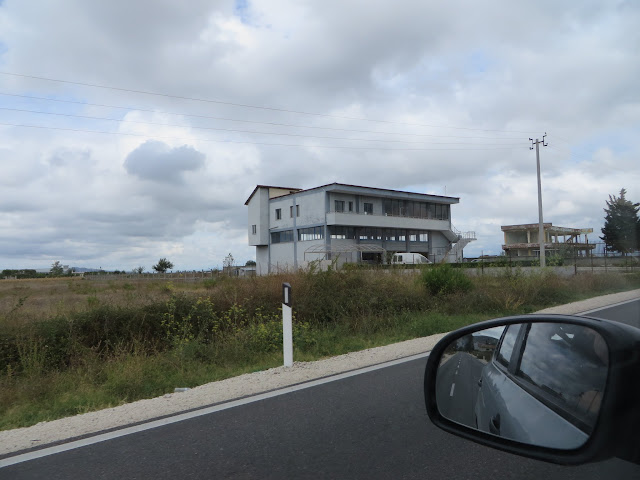 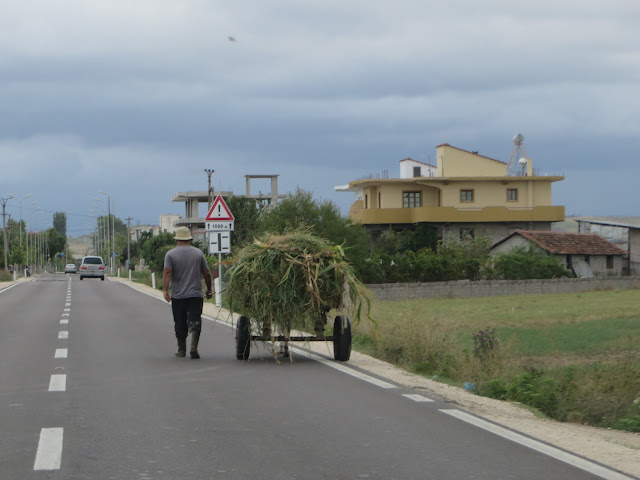 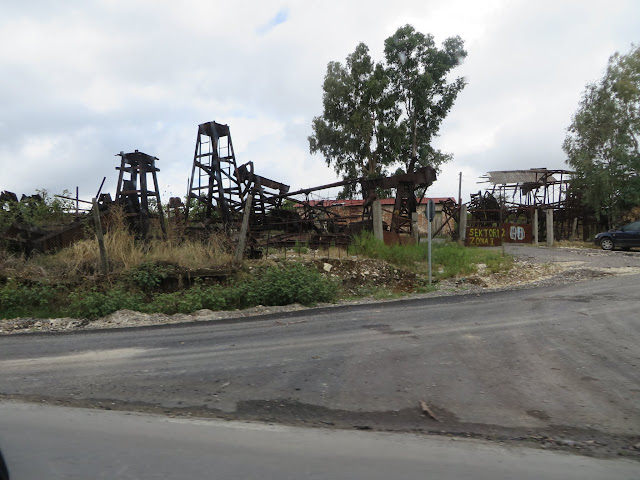