There's no snow in Utah right now, in case you're wondering.

But I did have a White Christmas a couple weeks ago at the ward Christmas party.  Since I'm fairly new to the congregation, they threw me into the Christmas Party committee so that I could get to know some of the characters around.  And boy, there are some.

I guess when you have old school Beverly Hills ladies in charge, this turns out to be a fairly classy event as far as church parties go.  This ain't no potluck. 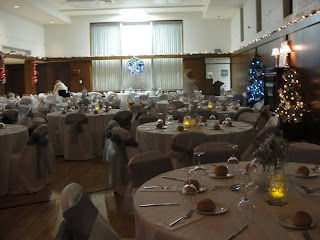 One guy brought in his Wedgwood china.  And apparently there's always a cozy fireplace. 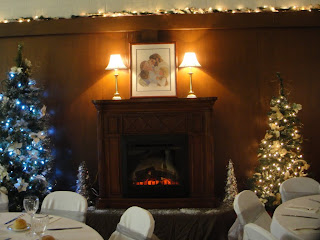 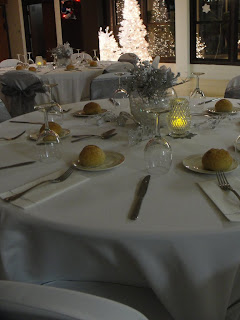 See those ribbons on the back of the rented chair covers?  Yeah, I put on and tied about 100 of them.  We spent 3 Thursday nights in a row decorating for several hours, plus a 3pm arrival time the day of the party for last minute touches. 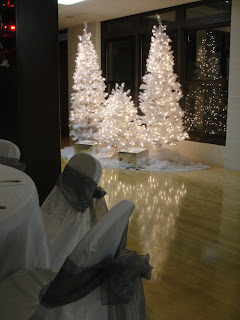 I had dish up duty in the kitchen with about ten other people, plus the youth who were the waiters.  We had catered beef brisket au jus, latkes, green beans and rolls.  And heaven forbid we put a tomato without a green stem on one of the 165 plates.  Disaster! 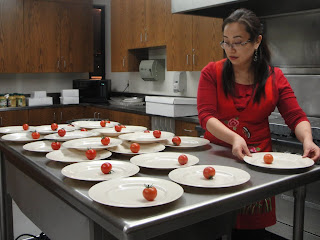 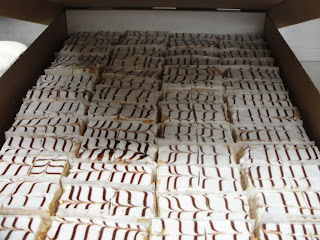 The mint leaf, berry and chocolate sauce had to be placed appropriately or the plate couldn't leave the kitchen. 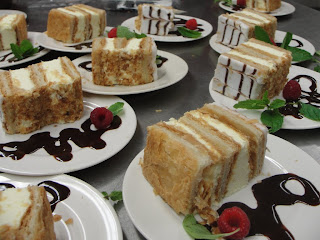 Christmas is a little more fun when you see kids get excited about Santa's arrival (there was a full winter wonderland scene around this, which I didn't capture though it took several hours to assemble - we don't mess around). 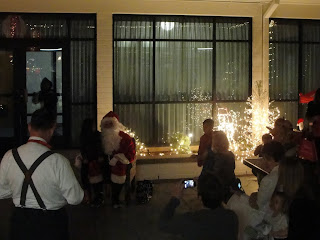 That Sunday during the church Christmas program I finally felt like I was in the Christmas spirit, as I was quite moved by the hymns we sang (partial credit to our amazing organist.  Glad it's not me up there anymore).

The opening lines of Oh, Come, All Ye Faithful reminded me that I want to be counted as one of the faithful, who can say Yea, Lord, we greet thee.

And I thought my parents' ward did a fancy shindig -- this is unreal!!