April's Third Trip - Back to LA

Right after Palo Alto, I was off to Los Angeles again. I'd purchased concert tickets months earlier, and then April ended up being a crazy month of travel. I wasn't about to cancel this trip though.

I landed at LAX right in the middle of rush hour, per my usual flight, and stayed on the Westside. I went to the Hammer Museum to kill some time. 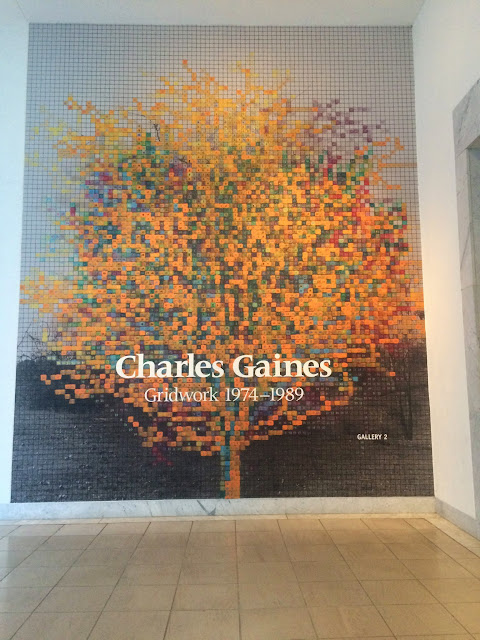 This design studio exhibit was so cool. 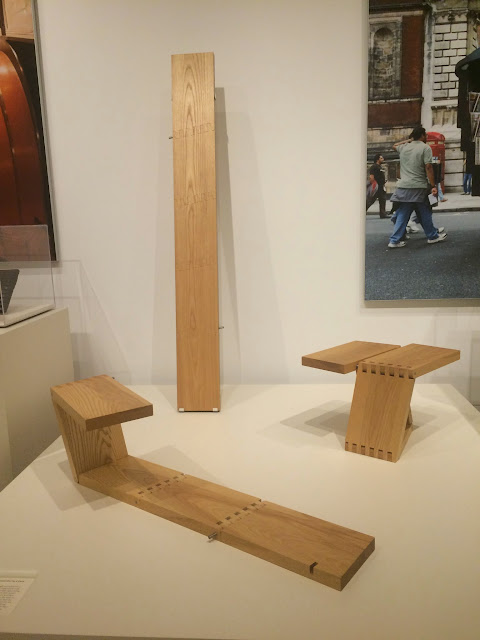 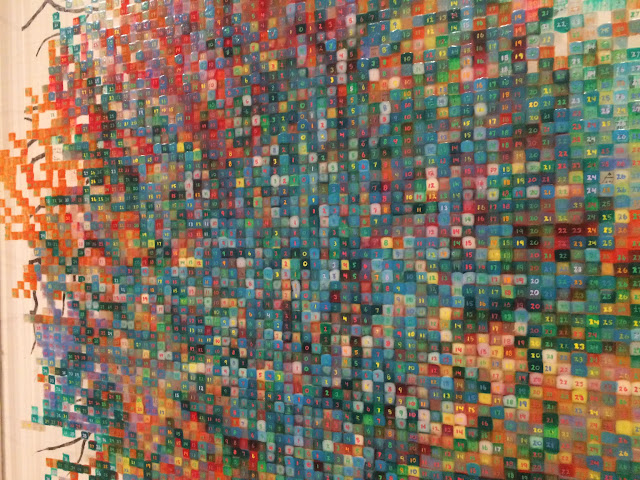 Trevor soon met me there and we played in these chairs. This gif is so amusing to me. 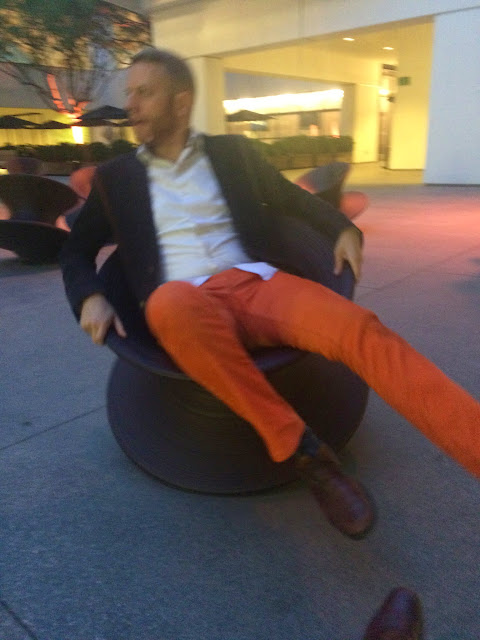 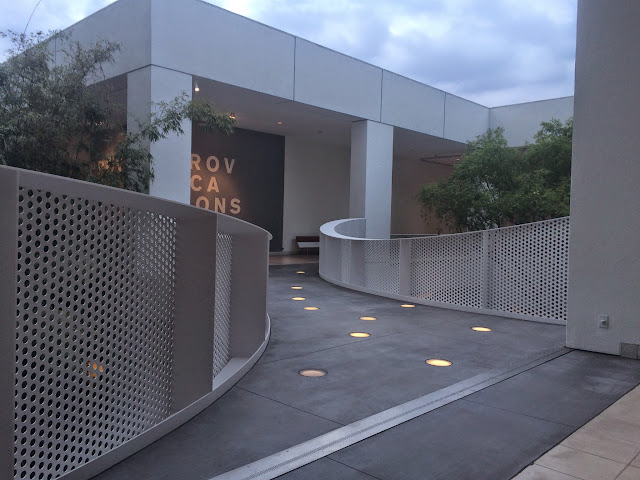 We ran into Cubbie there, who I was so glad to see. Then off to dinner at 800 Degrees, of course.

That first night was one of the major reasons I came this particular weekend - I wanted to see Clark. 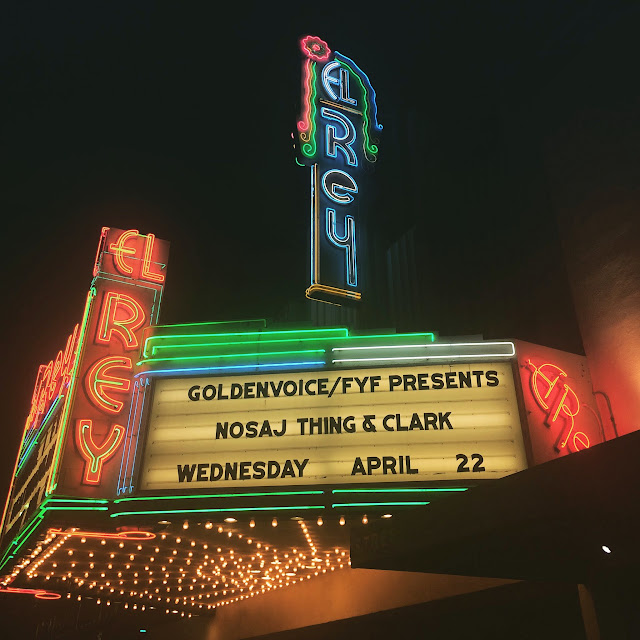 It was loud and interesting and not quite what I expected, but I'm glad I went. I was so tired though - even one hour time change is tough. We didn't stay to see all of Nosaj Thing's set, but I got a taste.

The next day I popped over to Mike's office building, where he had space for me to work. Fun day working alongside a friend. And what a view of LA! Hollywood Hills, downtown, it was a gorgeous day. 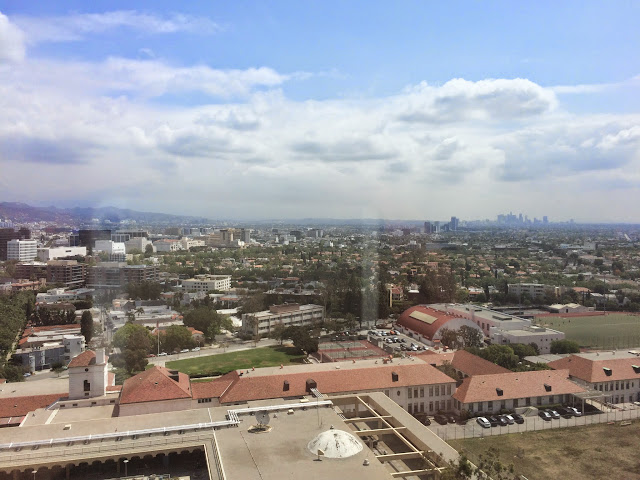 After work I drove to Melrose and met up with Jonathan. I miss that street. We had some Thai for dinner, then walked down to the Directors Guild of American for the Colcoa Film Festival. 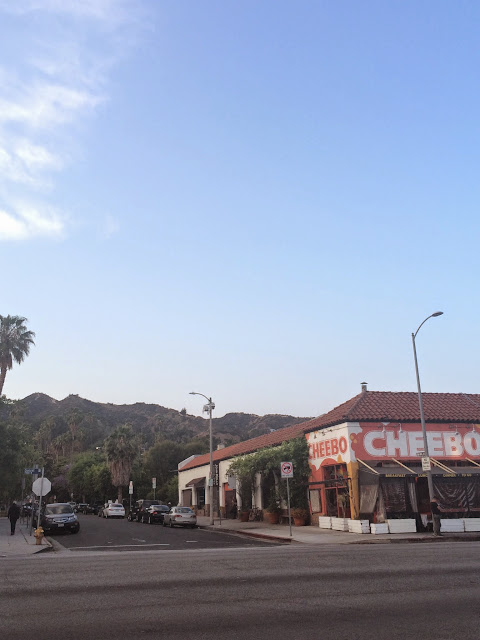 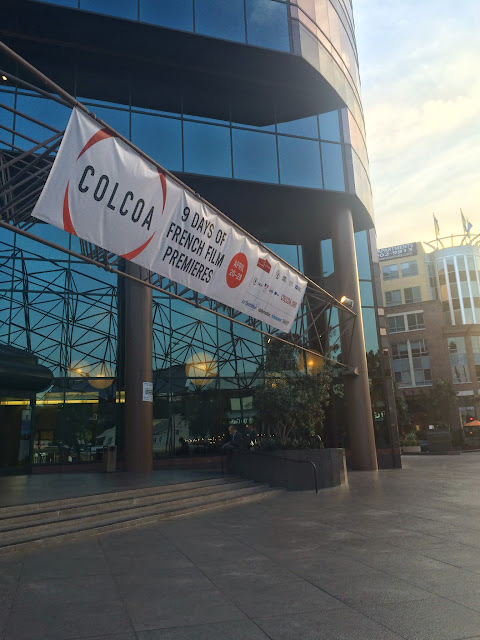 There were many films I wanted to see, but we saw Danbe, which I really liked. I tried to get back to another film over the weekend, but I just didn't have time. These will be on my watch list.

After the movie I wandered over to Salt & Straw for round 1 of ice cream. 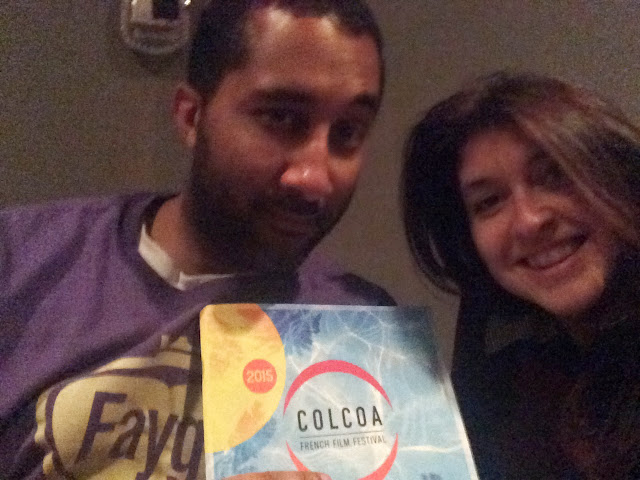 I worked on Friday morning then went to the LA temple for the afternoon. I never went there when I lived in LA, so I figured I'd better check it out. 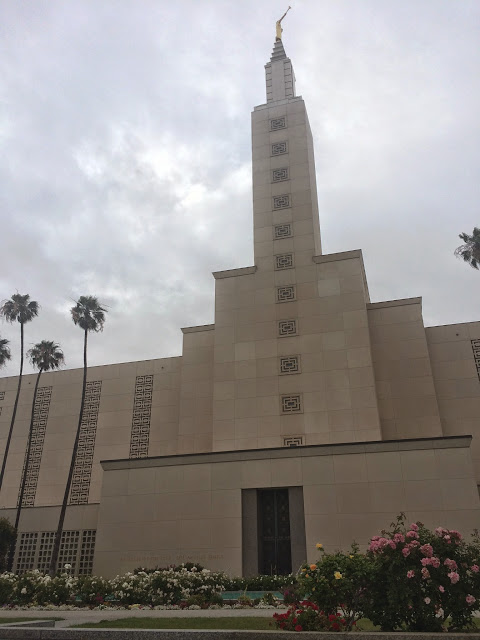 Then it was race again through rush hour traffic to get over to the Greek, for the main reason I came this weekend - Marketa and Damien. Be still my heart! I love them both so much. Such a delight that Marketa opened the show - and I remember being at this very venue years ago when she played with Glen. I don't have words. 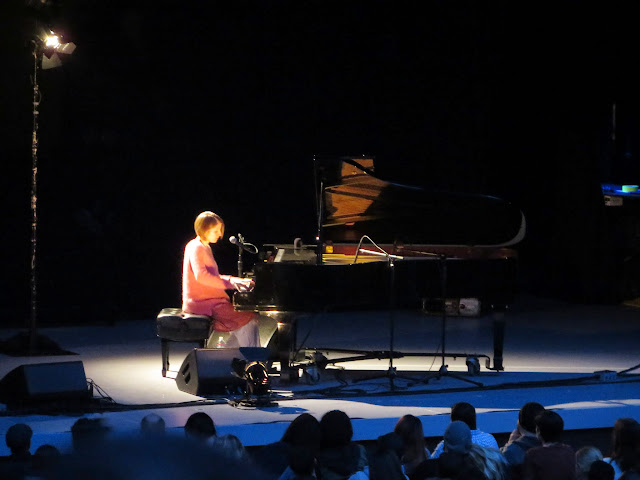 Then Damien. Wow. It's been years. Years. And with just a guitar, he put on a magical evening. And made fun of everyone who kept getting up - maybe LA people drink too much and constantly need bathroom breaks, he said? 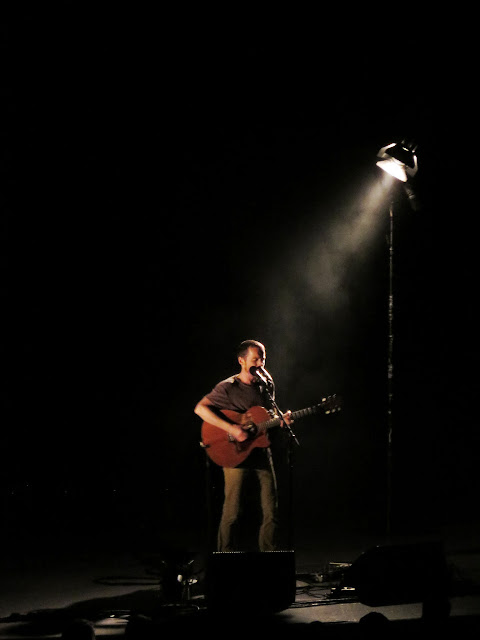 Simple songs got blown up - I was so into it. 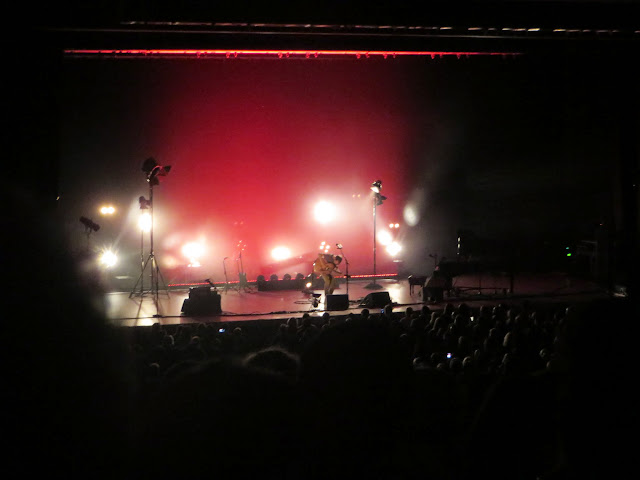 It got pretty cold and the show needed to end, but someone gave him a coat so he could keep playing. 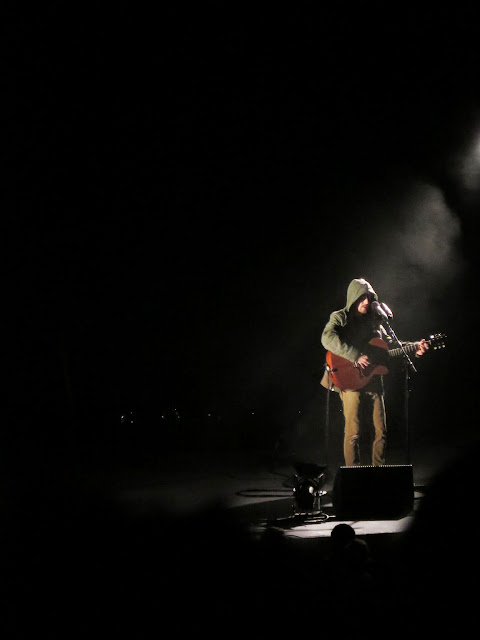 This was one of the most magical nights of music I've had in awhile, and I'm scheming to see if I could catch him again this summer. He is brilliant. 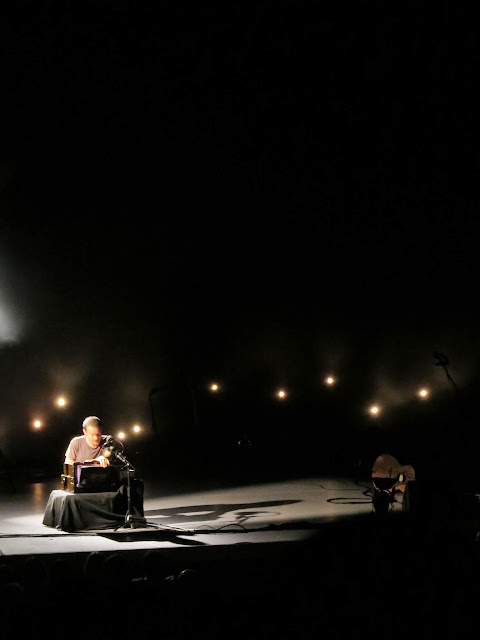 He closed the show with this track. I'm not one to really watch many Youtube videos, but the way he blows this song up - I couldn't breathe. Then when he takes it back down, you can hear someone in the audience echoing a line. Damien invited him to the stage and they finished the song. It was a magical ending, and I loved every second. This is why I travel for shows. Do yourself a favor and watch this.


Trevor's caption on Instagram for this photo - we were the cutest couple-that-didn't-work-out there. Bless him. 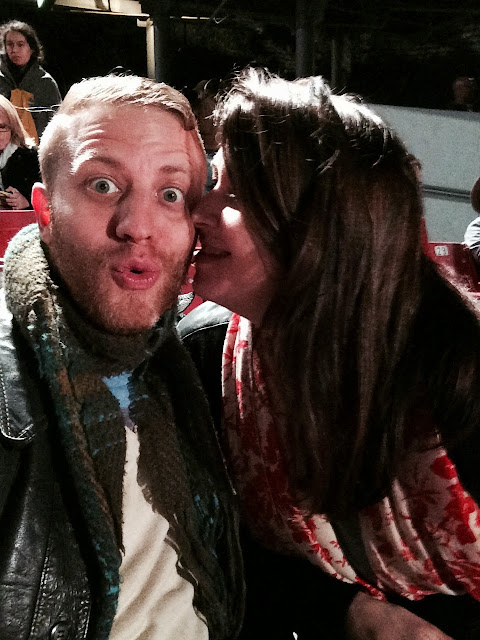 I slept in Saturday morning then went to the Sundance Cinema in West Hollywood to see Wild Tales. I'd heard good things and watched to see it before it left theaters. It's an Argentina film with 6 stories, all along the theme of revenge. It's a dark comedy and absurdly hilarious. I really enjoyed it. I left the theater into some rain. 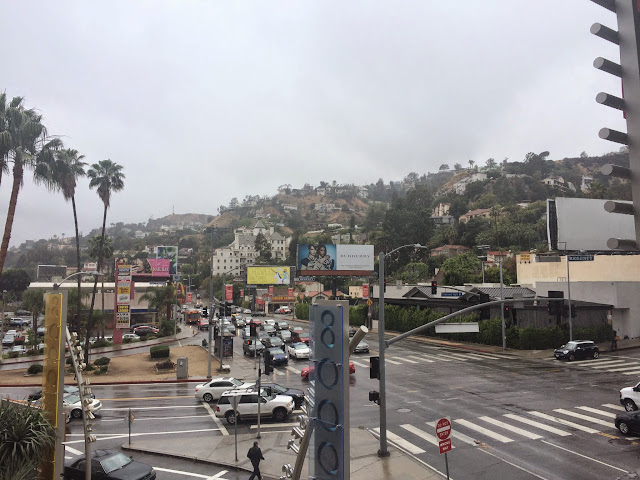 Saturday night I met up with Patrick at Cafe Gratitude - can't get more LA than that - raw, vegan, organic, and you order dishes named Happy and Ecstatic. Great food and great company though. It was good to see Patrick, and we walked down the block for more ice cream at Salt and Straw. He ordered a flavor called the Awesomenator made by a nine year old and it was full of candy. Gross. 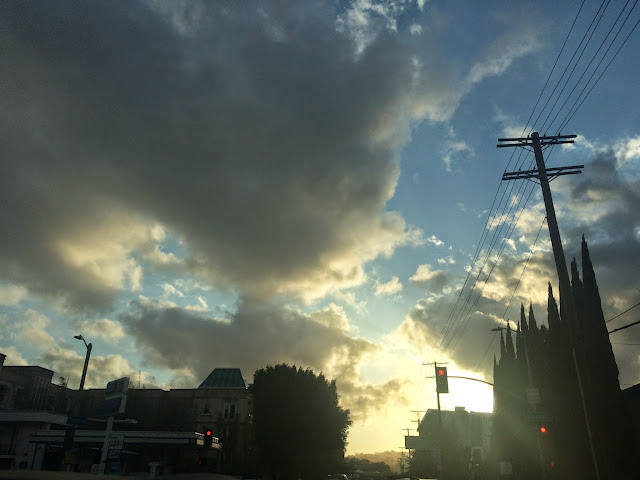 Sunday morning I woke up earlyish and headed to the airport. Off to Nashville! At this point I was almost ready to just go home, but a great 36 hours awaited me there. See ya next time, LA. 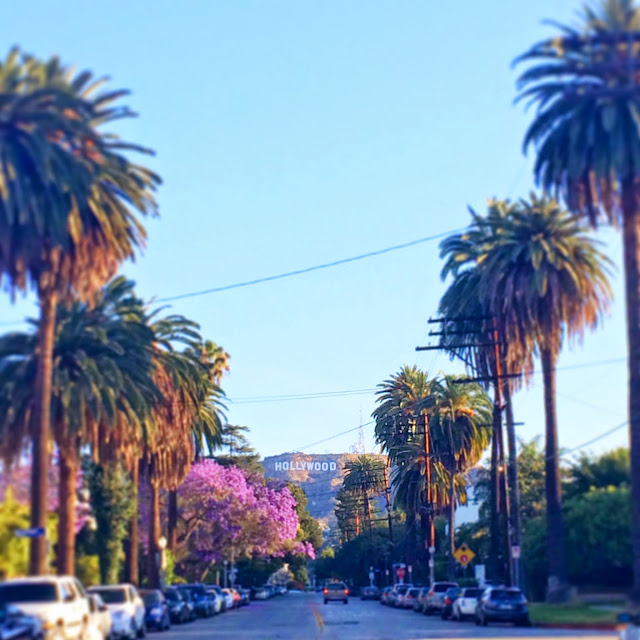