Our next plan of action was to head to Croatia, with a stop at the Škocjan Caves in Slovenia on the way. We'd read up a bit and found that we should catch the 10am tour. It was about a 2 hour drive from Bled, so we were off early.

We named our GPS Gina, and Gina and Meghan didn't get along too well. I was driving, Gina was navigating, and we got a little lost back near Ljubljana and had to recalculate. We parked in the lot of the caves at 9:59, ran to the ticket window, and promised we'd run to catch the tour group that had just left.

They were already down the road and almost out of sight, but we sprinted and caught up. Large group of older people, so we had a good chance. 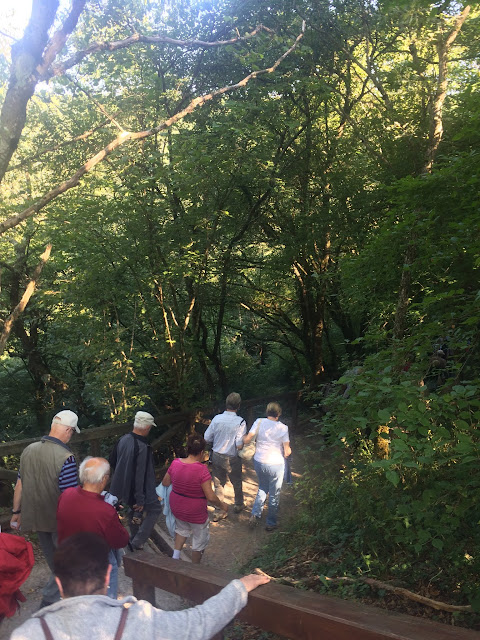 We had a loooong introduction to the caves and I don't remember much about it, except that it's a UNESCO World Heritage site. There's also a river that runs through it that was low while we were there, but can get incredibly high up. A group of Germans took off first, with their guide, and the English folks trailed behind with our guide.

It's pretty dark and hard to take photos, plus they ask you not to, but I took a couple. These little pools are naturally formed by the water. 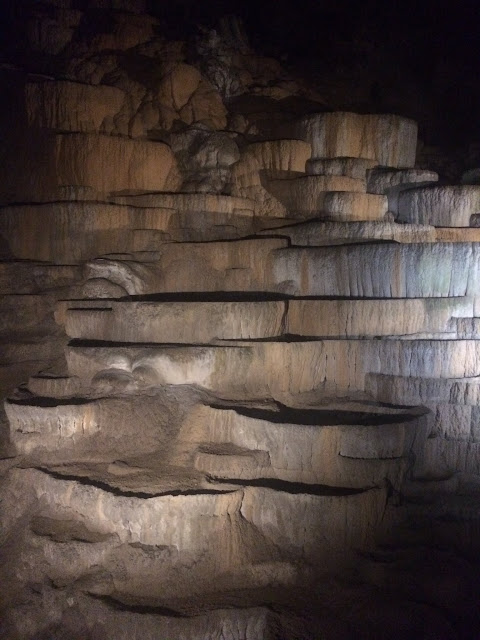 It is very big and we are very small. 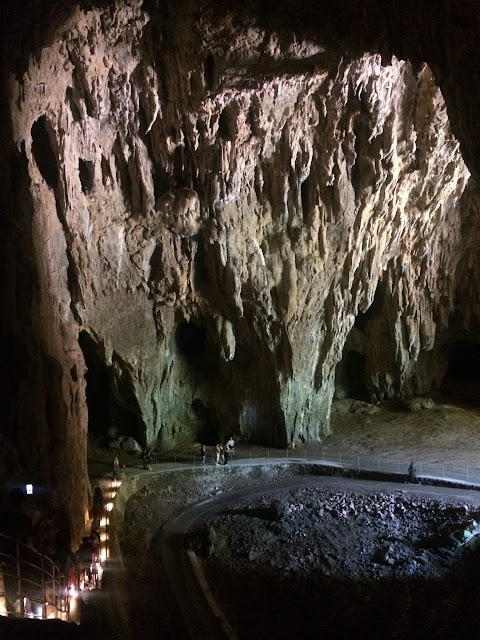 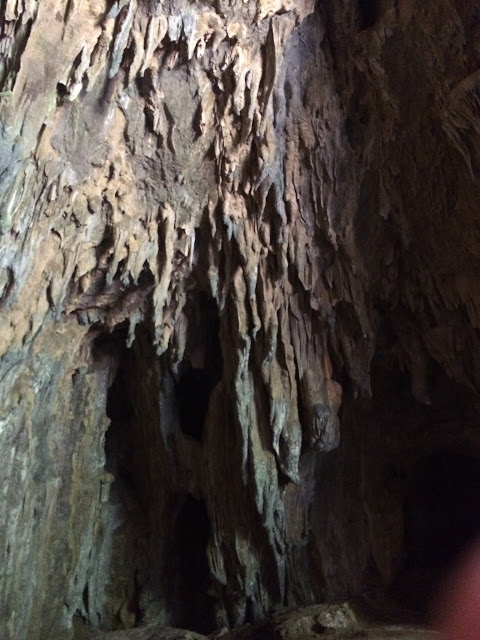 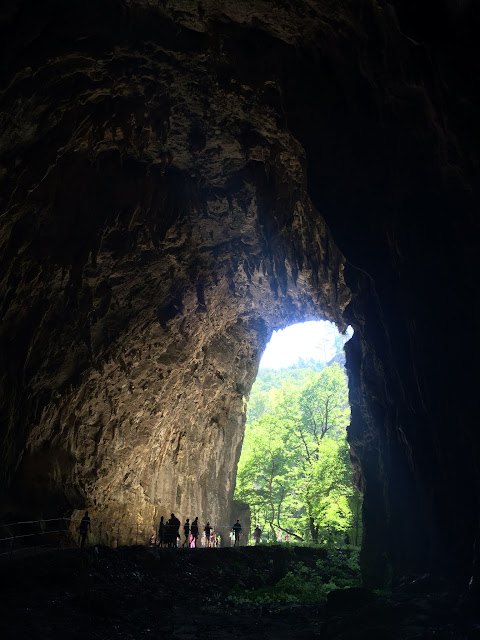 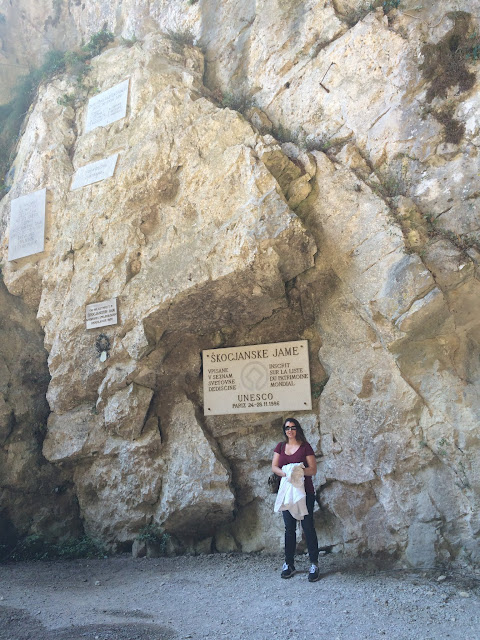 The path out of there is quite beautiful.  It's definitely worth a stop at these caves. I think there are others in the region, but this is one of the largest underground cave systems in the world. 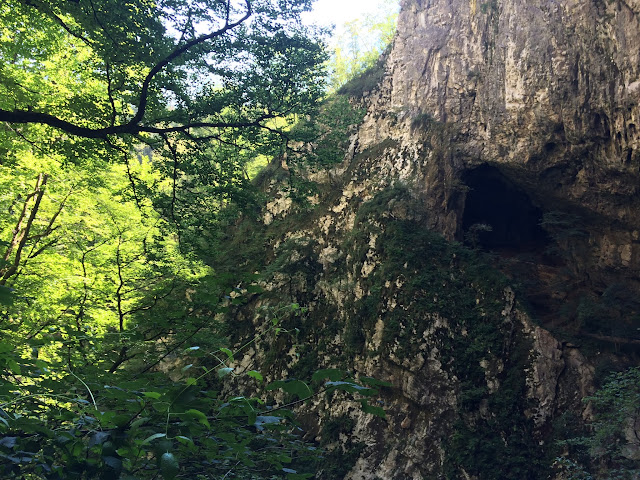 I didn't get enough funiculars on this trip, but this was one. We booked it back to the car and kept driving towards Croatia. 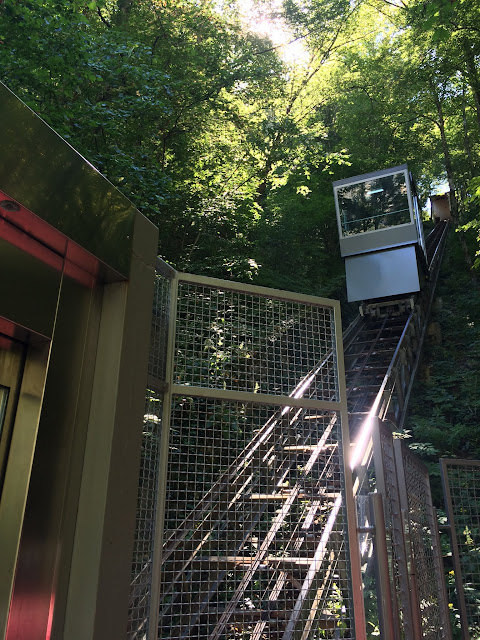