We had a long day of driving ahead, so it was good we were bored without internet and went to bed early. Early start required to get over to Plitvice, the drive would take about 4 hours. Many people recommend staying the night near the park so you go at opening and beat the crowds, but we didn't have that option. I knew it'd likely be crowded, but I was hoping since we were moving into shoulder season that it wouldn't be too terrible.

We hit the road, and I sadly left my little travel pillow behind by accident. I can't seem to keep track of them, and I'd miss it for the rest of the trip. I'm still figuring out how to get another one, since I can't ever seem to find one I like in stores, and the price has now quadrupled on Amazon, so, yeah. Christmas present idea, if anyone's looking to gift something to me.

First time we needed to buy gas on the trip. Thankfully we'd asked what the type was in the local language, but turns out you just need to know the number, I think. Lovely gas stations in Croatia - they're all pretty much the same and they are frequent. Nice bathrooms, a cafe, wifi, etc. I went inside to pay with my AMEX (hooray no FX fees), and we were good to go. But yes, gasoline is pricey in Europe. And maybe because of this, we hardly saw anyone else on the road? Croatia's roads were strangely empty, despite driving to one of the top tourist destinations in the country. 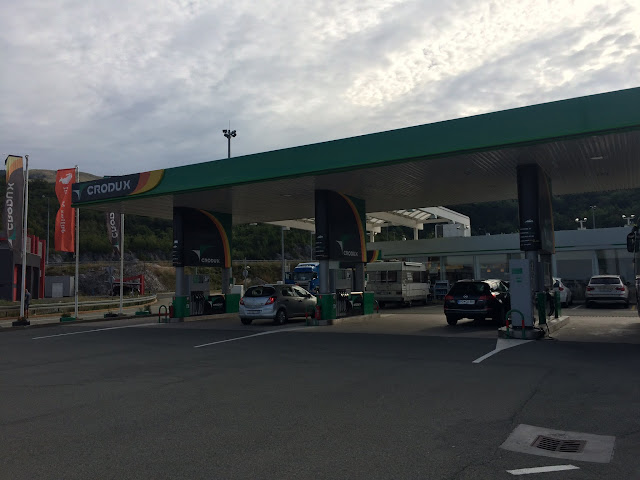 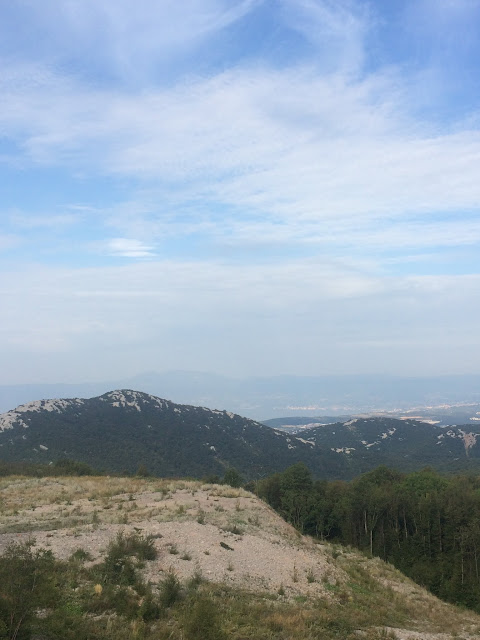 We'd mostly been on toll roads throughout Croatia, and this little country road was a nice detour on this cloudy day. 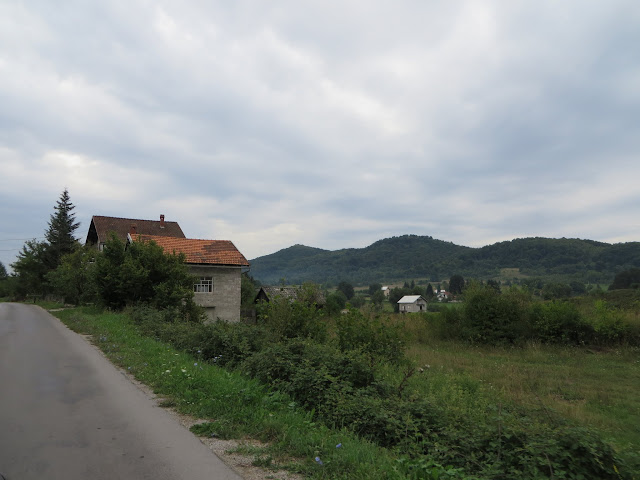 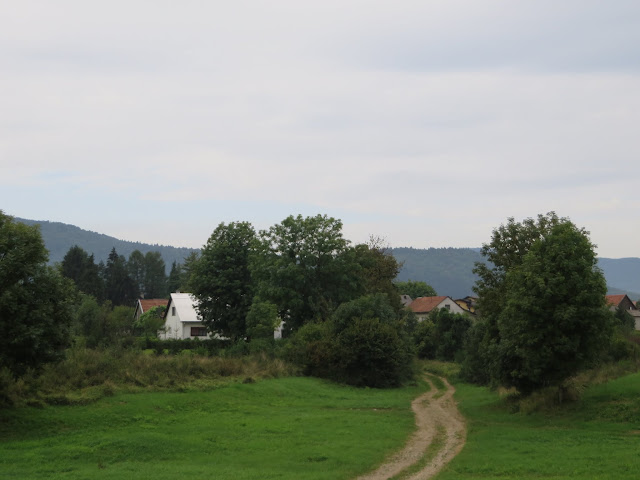 These little towns are so intriguing. What were they like during wars? And the train station in Vojnovac is completely run down, but there is still train service through here. Maybe you get on the train somewhere else? I sure didn't see anywhere else though. I'm so glad we were driving and had the chance to wander through these areas. 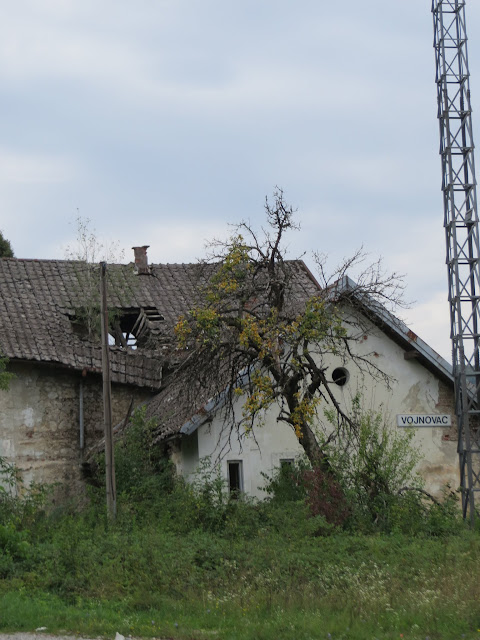 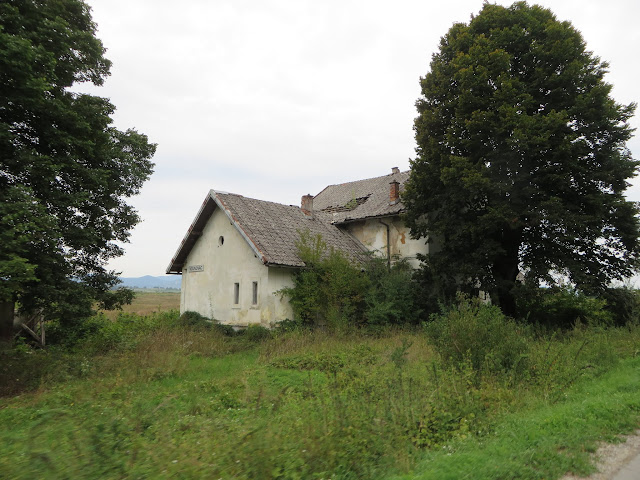 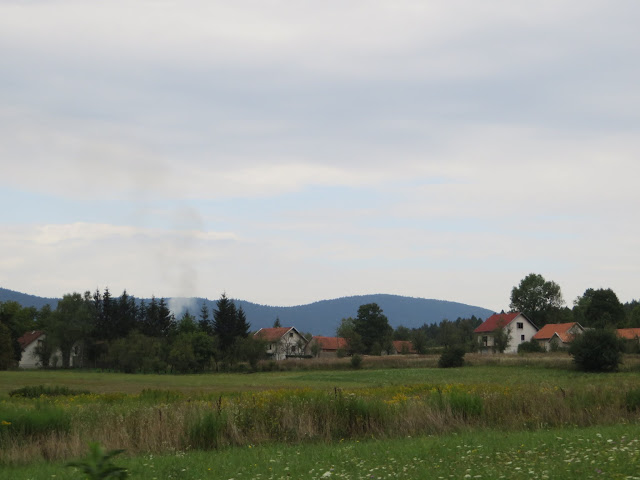 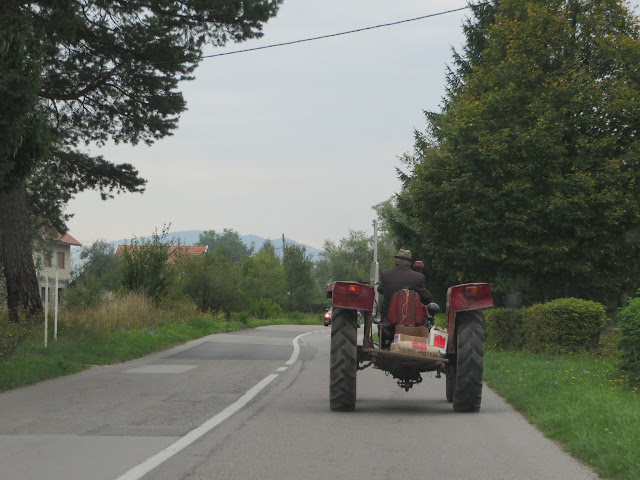 Finally we made it to Plitvice around 11. There are two entrances, but we ended up at the more popular one, and the parking lot was large and crowded. We crossed the road to the main entrance, which had long lines for both the bathroom and to purchase tickets. But we'd come this far and wanted to see this place, and it sure didn't disappoint. It's spectacular.

I can't imagine being here during the height of the summer, since you're on wooden walkways around the water and it'd be tough to navigate with very full crowds, or you'd get stuck behind people. It was crowded when we arrived, but not as terrible as it could've been. See all the people below? But it's spectacular. 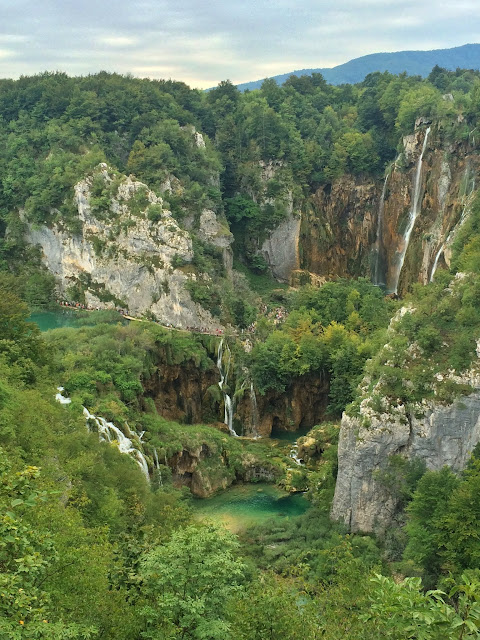 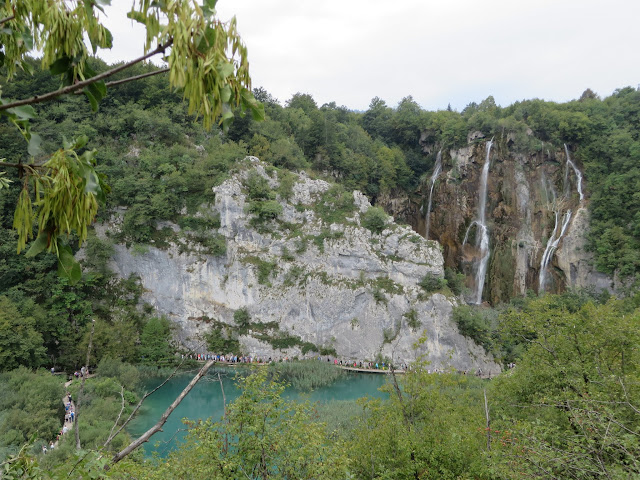 The water was beautiful blue, but I wonder if it would've sparkled more on a sunnier day. 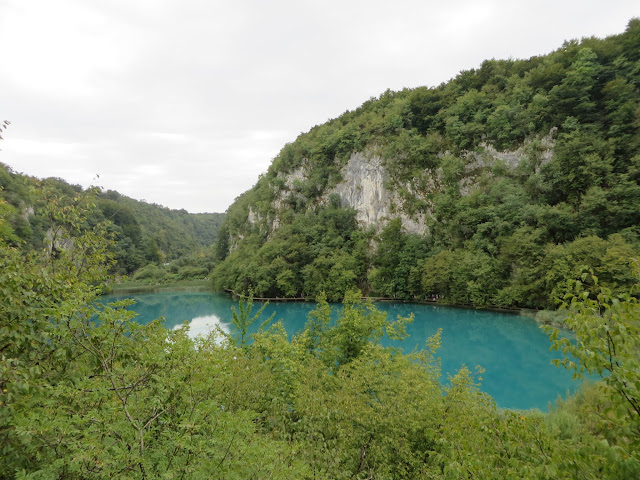 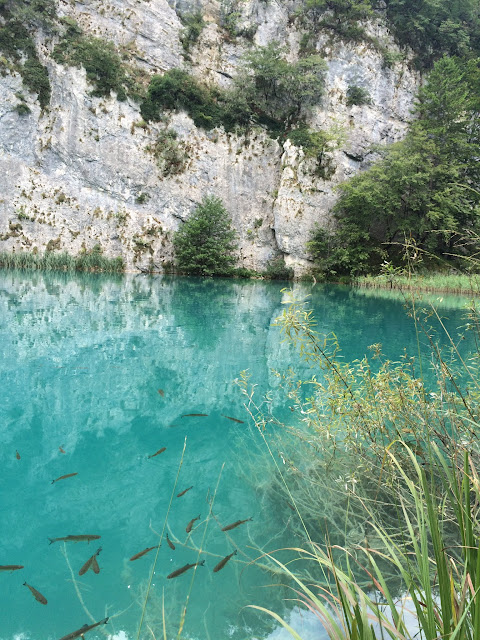 There's a map with a few options for the park, depending on how much time you have. I think we ventured 4-5 hours, and we got through most things. We wandered through the park and over to a middle area, where you can catch a boat across a lake. There was a long line for that, but floating through a lake is lovely. 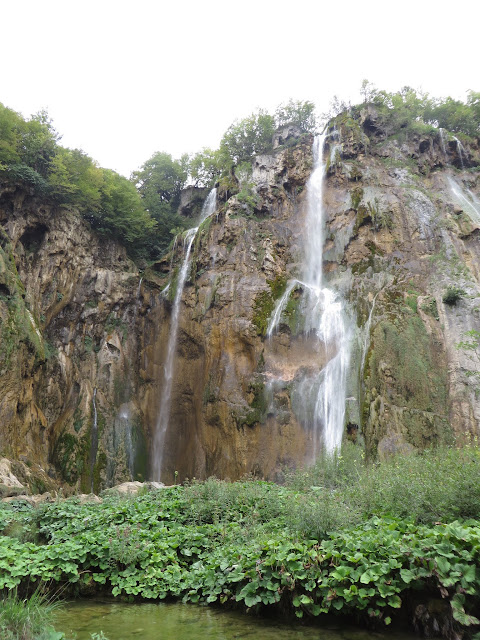 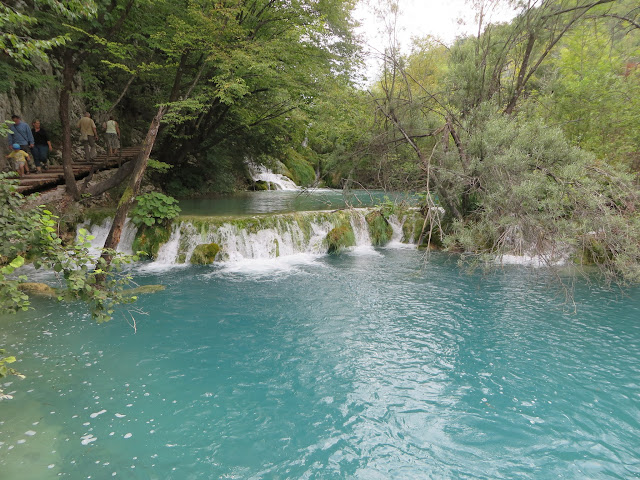 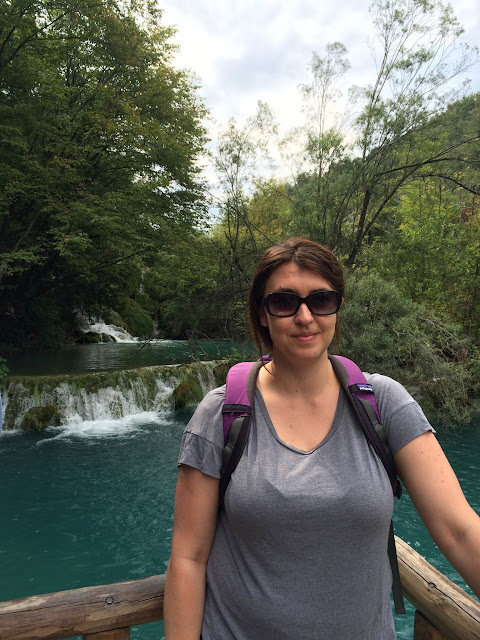 This park is a UNESCO World Heritage site (one of the many we'd see on this trip), and from 1991 to 1995 it was under Serbian army control, I really need to hear the Serb side of the story, cause from what I've heard and read, they're not so great. There was fighting at Plitvice during the Croatian War of Independence. 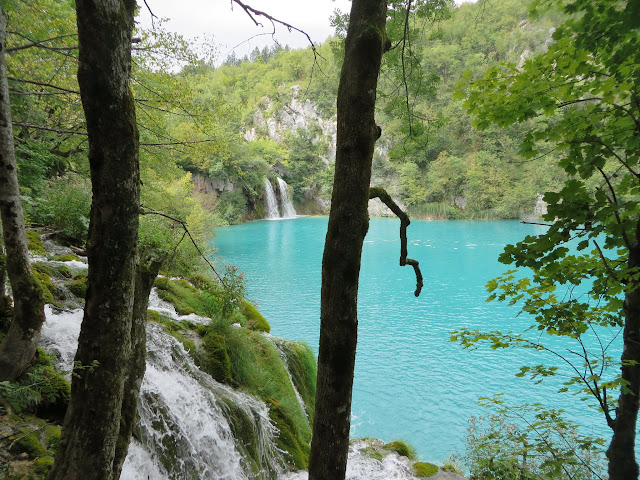 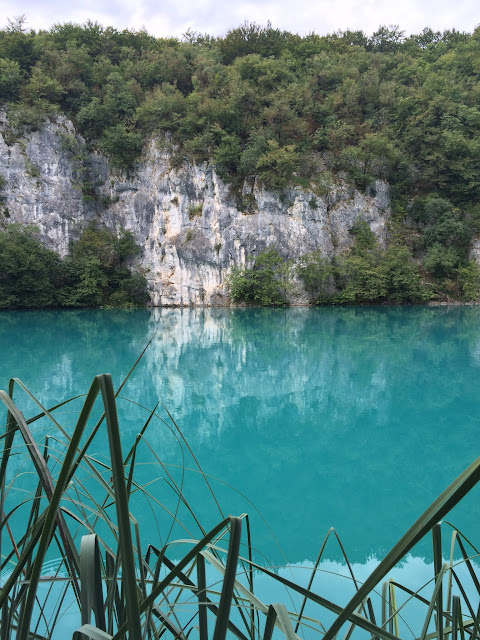 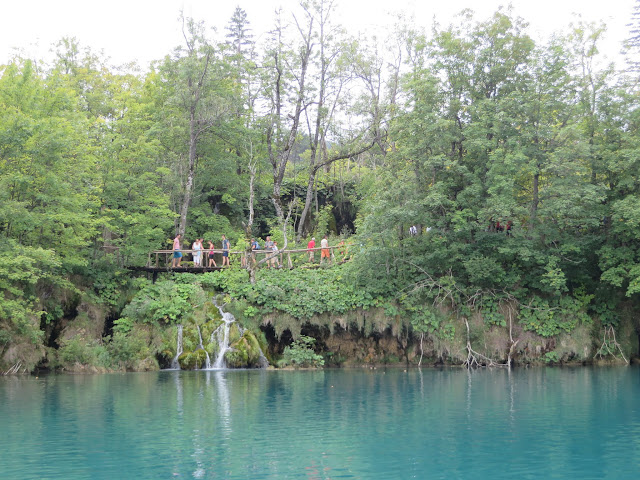 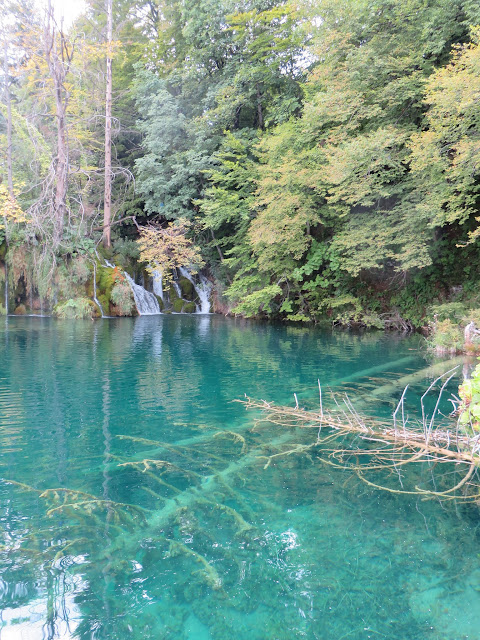 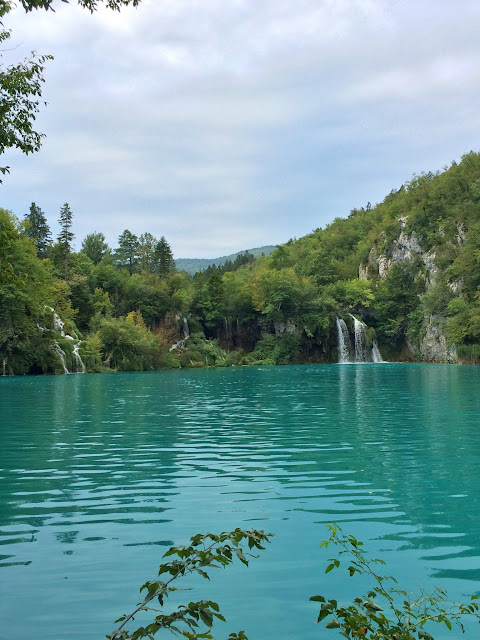 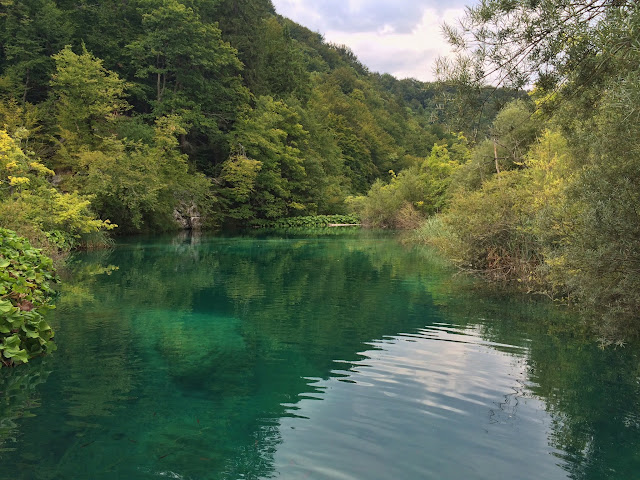 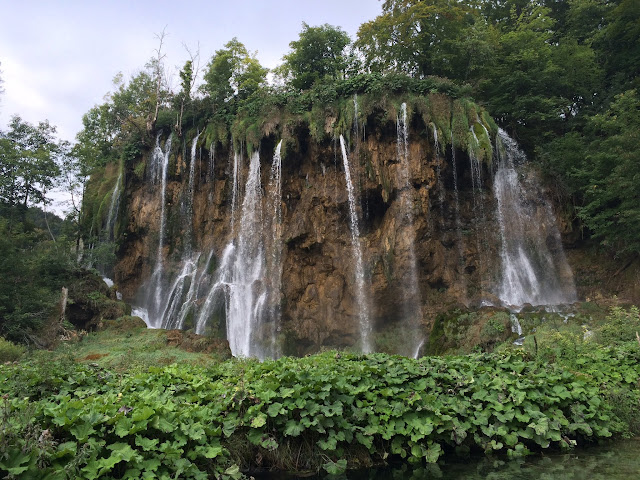 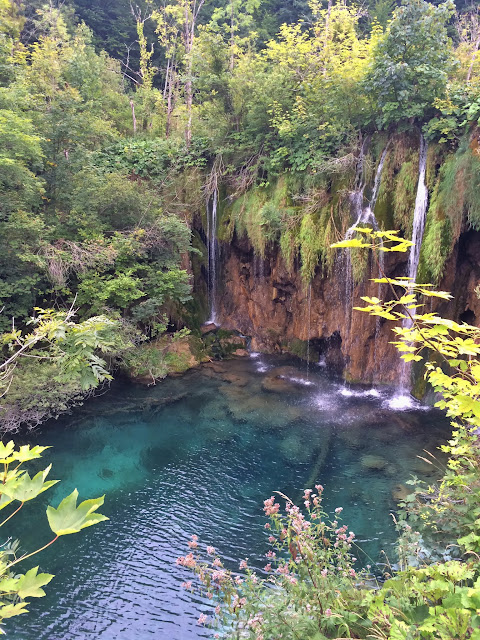 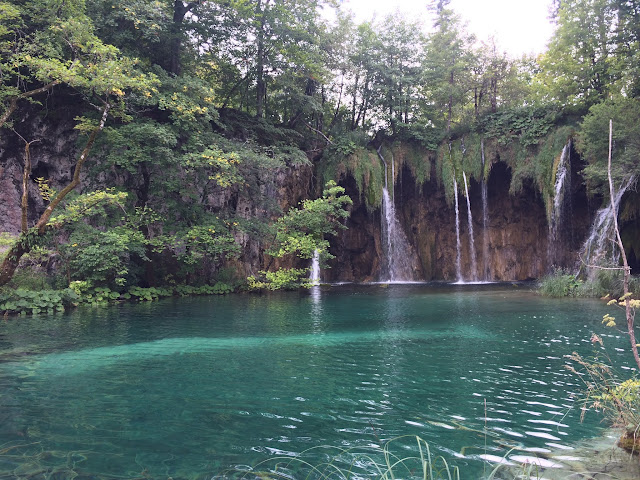 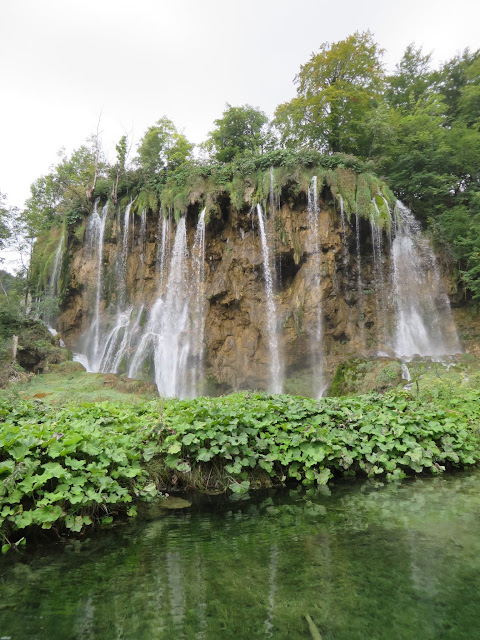 We walked nearly all the way through the park, with fewer people the further we got. We took a shuttle back to the beginning, after waiting though a long line, one shuttle leaving, and shoving our way onto the next one. Back into the car for more driving, had to get to Zadar! 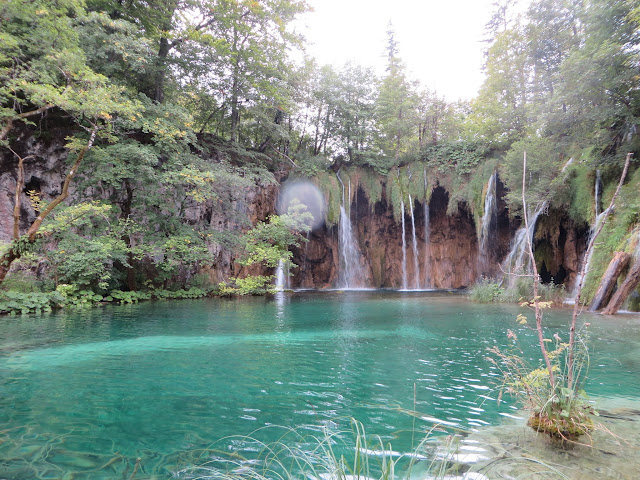 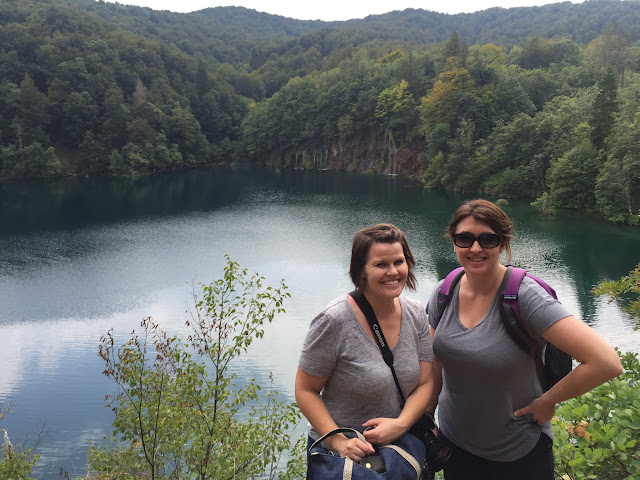