Back to the updates - goal to catch up before leaving for Asia in a couple weeks.

For some reason I love going to the State Fair every year.  The people-watching is unparalleled.  It's also the one time of year I look forward to dining on Indian Fry Bread, though I skipped it this year because all the other fried food options were insanely delicious.

First stop before the Demolition Derby - food stop #1.  It was happy hour and prices were slashed on food, so we decided to sample a small serving of the fried zucchini.  Lucky for us, the person in front of us in line ordered the regular order of friend zucchini, decided it was way too much, and walked away.  Fair worker didn't want to throw it away, so he offered it to us.  Score! 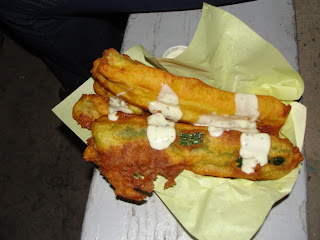 Next up, my first Demolition Derby ever.  Despite growing up in redneck country where these events probably happen on a regular basis, I have never attended.  It was fairly awesome.
Demolition Derby from L Dubbs on Vimeo. 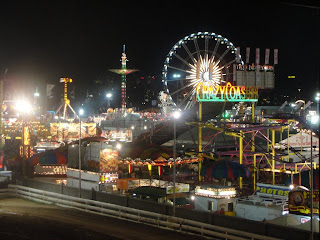 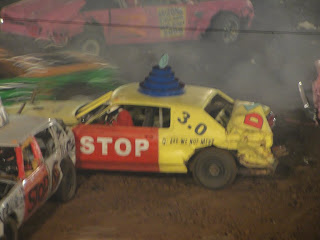 My favorite grocery store had quite the clever ad campaign going.  Kudos to good marketing placement. 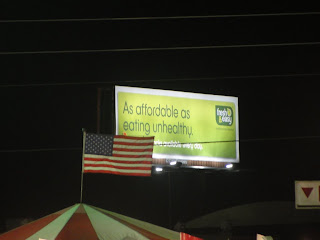 No visit to the State Fair is complete without a Ferris Wheel ride.  It was joyous. 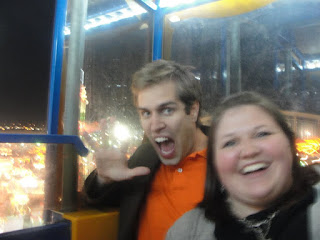 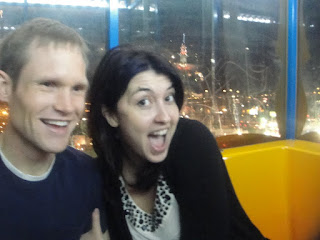 Food stop #2.  Keri had received some coupons as part of her fair season pass - buy two, get one free.  Of course we had to sample!  Fried Oreos, friend cheesecake, and fried Snickers, I think.  Cheesecake - eh.  It had been frozen before and was really cold in the middle.  Not all that special.  The Oreos however - bomb diggity!  Really, really tasty. 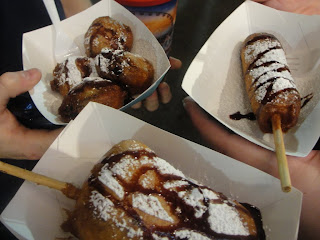 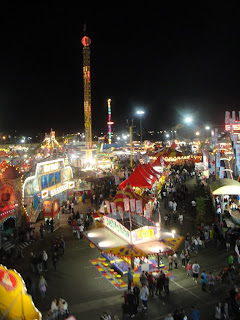 I think I'd already eaten one corn dog earlier in the day, but when we saw the sweet potato version, we had to try it.  Food stop #3.  I think it sort of tasted like cinnamon yams and got all weird when I put mustard on it.  Iffy, for next year. 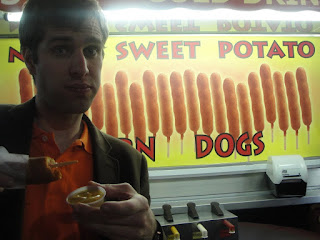 Keri tried to break a dish.  It's hard than it looks.  The balls you throw weigh nothing, and the plates are not fragile in the least.  No prizes for us. 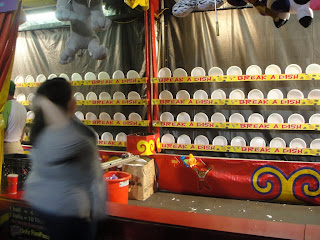 We thought we were done eating, but seeing all those turkey legs roasting and smelling delicious prompted us to make one more stop.  Throw down like a Viking and eat one! 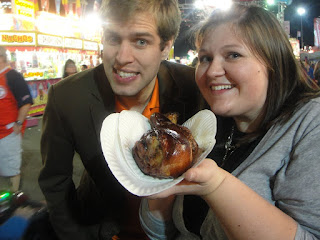 Remember - we split all that between four people.  However, Mr Mike below tackled a FOUR pound burger alone.  He was able to eat three of those pounds, and probably could've finished had he not eaten two plates of spaghetti before coming to the fair.  Quite a spectacle to behold. 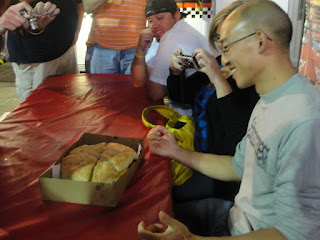 The next week I went back to the Fair for one more visit - this time the draw was not just Demo Derby, but MOTOR HOME DEMO DERBY.  I cannot explain to you how awesome this was.  I didn't have my good camera either, so the crappy cell phone pic will have to suffice, unless you feel compelled to go google this.

Something about watching these motor homes crash into each other is epic.  I had no idea it'd be so great.  They're so fragile; they start to fall apart right away.  The back door flies open, couch cushion fly out, siding breaks off, the entire thing sways to the side, off it's squared frame.  Wow.  I will definitely not miss this next year.

And of course the winner did a victory lap and tried to haul that thing over the big dirt ramp in the middle.  I didn't think he was going to make it. 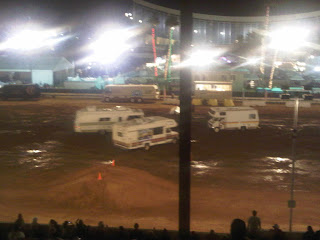 A final highlight - the free concerts at the fair with washed up stars.  Billed as "Old School Jam," it included Montell Jordan.  We all know the song.  He will never escape singing it!  Though I did read that shortly after his fair performance he decided to leave singing.  Yes, I did see one of Montell Jordan's final performances.  Aren't you jealous?

And lastly, some pretty sunset pictures from last October, because AZ sunsets are the best. 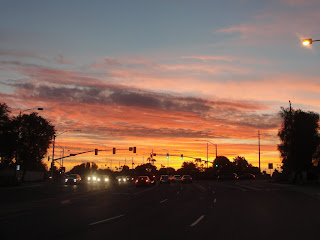 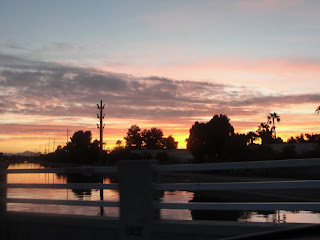 i. adore. fairs. namely, rodeos and demolition derbies. i missed my chance to go this year because my tummy decided to upchuck the day i had planned to go. totally thwarted...