So - new favorite thing of the week - mini foods in Won Ton Wrappers.
I bought a bunch and have three recipes to try. 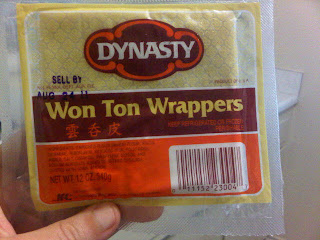 Here's the low down:

Mini Lasagnas (from Can You Stay for Dinner?) were awesome!  See, don't they look amazing?  They're really easy and really tasty and I would recommend that you put some in your belly.  Even after my leftovers sat in the fridge for four days and were reheated in the oven for the third time, they were still good (so said my dinner guests).  Alas, this photo isn't mine, but mine really did look just as delicious.

I had a few friends over for Sunday dinner and I decided to try recipe number two - Chicken Parm wraps, also from the same blog.  These didn't turn out so well.  They were much prettier in the original picture. 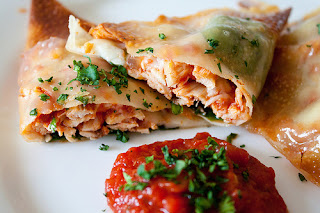 I think I stuffed mine too full, and then they didn't really close.  I also didn't have spinach, so I used chopped asparagus instead.  The wrapper ends got baked and hard, and it just wasn't amazing.  I tried it again today and added some mozzarella cheese on top before baking, some oregano, and more dipping sauce.  Better, but I'm still iffy about this one.

Next up, Taco Cupcakes.  I think these might turn out well.  You can never go wrong with dumping a ton of salsa on anything.