Every time I get to the Oscar shorts films in Jacinda's annual Oscar Pool (I usually do very well, btw and her prizes are fabulous), it's a wild guess which one will win.  This year, it's going to be at least an educated guess, since I've seen them for the first time.

Dave B. organized a couple little outings this week. Monday night was live action, Thursday night was animated.  I'm tempted to not post what my favorites are in case my Oscar Pool competition might be reading, but I'll do it anyway.

All the live ones were pretty great - two from Ireland, a fun time-travel film, but the two best:
1) From Norway - Tuba Atlantic - about an old guy who finds out he's got 6 days to live.  Some of the humor was pretty random, slight tinge of Napoleon Dynamite style. It does involve a giant tuba.  And machine guns.
2) From Germany, set in India - Raju - about a couple who travels to India to adopt a boy, and a day or two in, the father loses his new son in the streets.  There's a twist.

I was less inclined to see the animated shorts for some reason, but I decided to go.  After the first three I was starting to doubt my choice.  I kinda thought that maybe I just didn't get it, but everyone else felt the same way.  Finally, a Pixar short, La Luna, and one about flying books that had me a little teary-eyed at the end, made up for the lackluster beginning.  Watch it.

Wednesday night I finally got a see a band I've loved for the last few years, Bombay Bicycle Club at the El Rey.  I think I heard them say on the radio that they haven't been to the western US in 7 years, so they were loooong overdue.  I really like each of their albums, though they all have a pretty different sound.  They've got great rhythms and can take it soft or totally rock out. 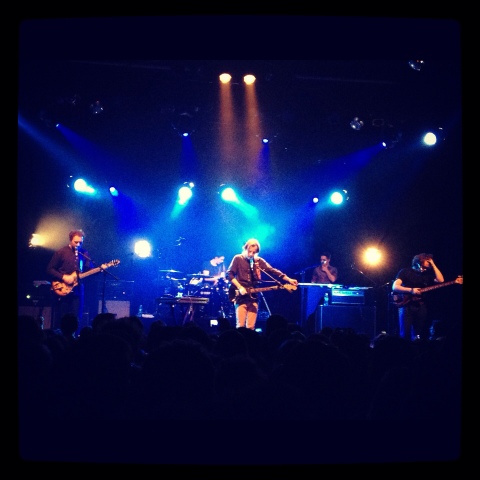 El Rey is a new venue for me, and it's great.  I love the LA music life. I also love it when you hear a song live for the first time and it takes on a whole new dimension.  One of those tracks - Leave It.  Currently on repeat.

They ended with one of my favorites from their first album.  I'm such a sucker for dreamy Brit rock.  Karen, I know you're with me on this one. 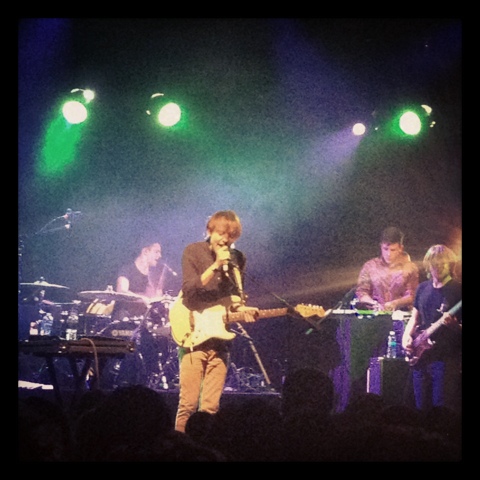 flying books. i loved it. Now I have to find a way to watch la luna.

My favorite was the comet/Canadian cowboy one, but I realize it may not be a crowd pleaser. Flying books was a close #2. I was very surprised that the chicken one was one of the top 5 of the year. La Luna will win.