Largo at the Coronet

A couple weeks ago, Mighty Mike invited a handful of us out to Largo for The Watkins Family Hour, composed of two members of Nickel Creek and a handful of guests.  Fiona Apple was supposed to join, but curses, she was sick.

We started with dinner across the street at Mezze for some Middle Eastern fare. Dinner was a little rushed since we had to get to the show, but the lamb risotto with burnt onion and lemon was divine.  Somehow we accidentally ended up with 3 of those dishes; no one was complaining.  Except for maybe Mike, who replied that, yes, he would like black truffles on his, without realizing the $30 supplemental charge.  I'll go back when I'm not so rushed. 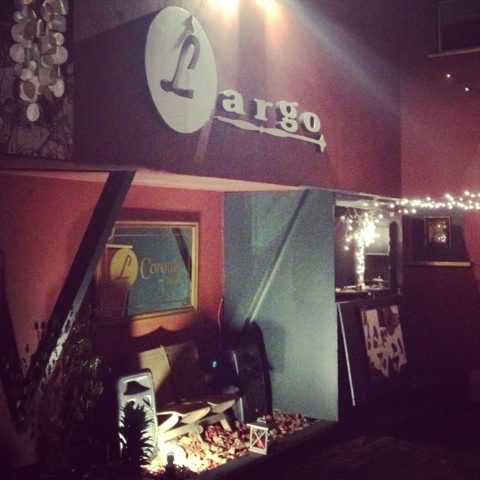 The show was great.  But the venue is a music lover's paradise (minus the slightly uncomfortable seats).  It's a small place, seats are doled out by arrival time, it's a dark room with very strict rules about no phones nor cameras.  You just have to sit there and listen!  I am not a socializer during shows - shut up and let me listen.  I'll talk to you at the break.

I saw The Civil Wars at Largo last June, right after I moved to LA.  The whole night was a joyous experience.  I never blogged it, because without photos I just end up not documenting.  They were exquisite.  And I feel blessed that I got to see them in such a small place, despite many shows in LA selling out so fast.  I was one of the lucky ones.

I probably wouldn't have chosen to go to this Watkins Family Hour show on my own, since bluegrass is lower on the genre list, but the people on stage were crazy talented.  I always think about the scraggly dudes who come on stage - like, if I were to run into them on the street, I'd probably think they were some Hollywood bum type, but then they come on stage and play 6 instruments and sing and are awesome.  I'm so quick to judge!  I admire them and can only wish that I could be as talented in the musical department.

There was one guy who sang some funny lyrics about effing up, over and over again.  And another few lines about shooting rocks at a woman near a duck's arse hole down a waterslide?  Since I couldn't get out my phone and write them down, I don't remember exactly.  But I chuckled.  Derek Hughes, the magician, was impressive.  I'm still wondering how he did what he did.

I did sneak a pic on my way out of the awesome piano they have on stage.  It was super dark - forgive the quality.  You'll just have to come see for yourself. 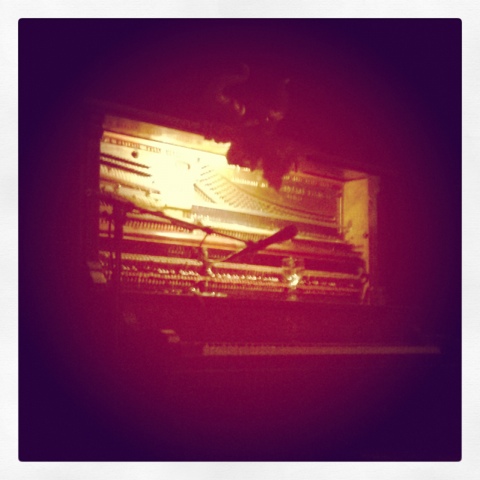 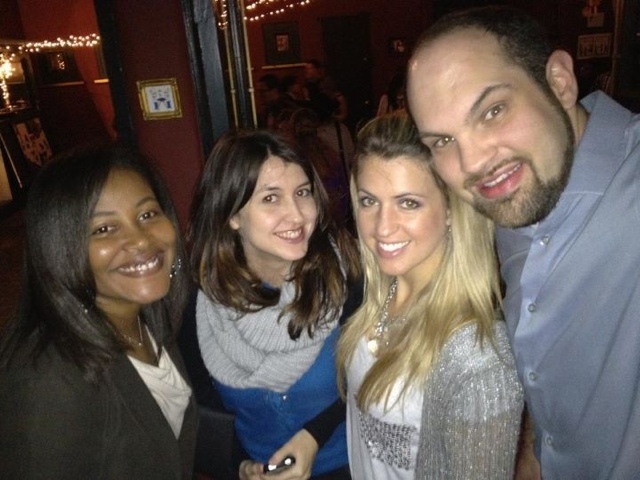