I have one more draft from last year saved on Blogger, so here it is.

Sometime last July it was Mormon Night at the Dodgers.  I've never attended a Mormon-specific sporting event (is it odd that I find that concept odd?), so I decided to go.  MCB, Kirsten, Becca, Jonathan and I all drove together. 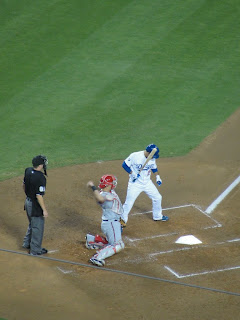 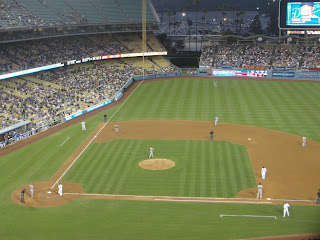 I love bar food/sporting event food sometimes, so I got a Dodger dog upon arrival.  Except later I saw someone with the new Doyer dog, and decided that was the way to go.  Chili, nacho cheese, jalepenos, tomatoes, onions - yum!  Baseball games are the only time it's worth eating a hot dog.  Except maybe on the 4th of July at a BBQ. 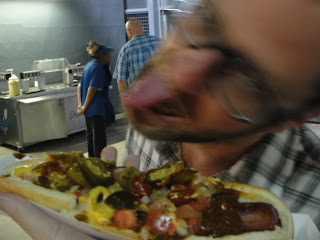 They won - there were fireworks or something.  We could've gone down to the field to watch, but we didn't. 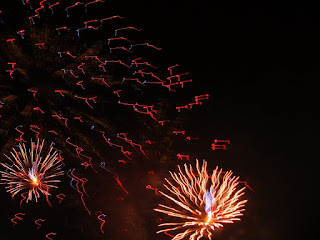 A couple days after that, MCB had surprised me with a bike, and forced me to start using it right away by biking 14 miles down to Manhattan Beach for the big volleyball tournament.  Really, biking is the way to go because there's no parking, but still, that was a steep trip for my first day of bike ownership! 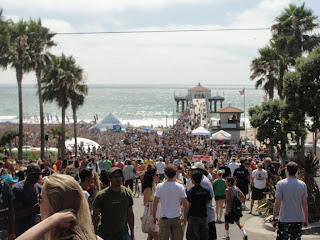 I was slow - it took awhile to get there.  And then it was hot, and then I remembered that I had to bike 14 miles back after sitting in the sun for a few hours.  Eeeek.  But at least it's along the ocean bike path that goes all the way back up to the Santa Monica pier and there are lots of things to see. 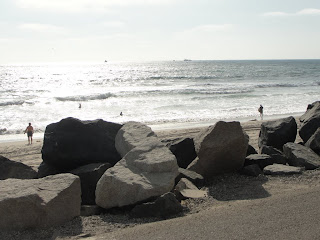 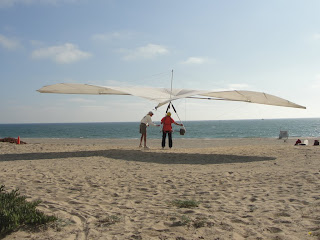 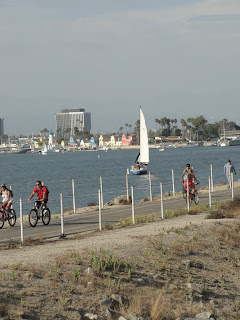 A little while after that I went back to Phoenix for a week, mostly to go to the Katy Perry concert.  I met King, Keri, and Megs at Five Guys for dinner, before our short walk to the theater.   We'd all decided months earlier during a trivia night that we needed to see a true pop princess at one point in our lives.  I'm still a little bitter that I got $10 lawn tickets to see Britney Spears one summer, and then she injured her knee, cancelled her tour, met KFed and it was all downhill from there.  Katy Perry would have to be it.  We missed out on the actual sale of the tickets, so we had to scrounge a bit, but we got some. 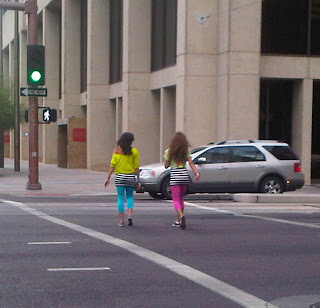 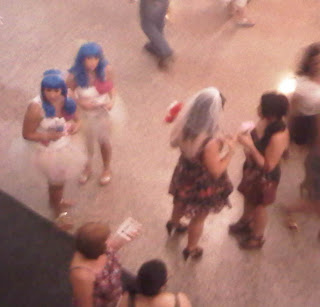 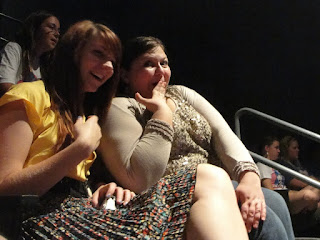 Robyn opened.  I LOVE HER.

Those pants.  Those shoes.  Those moves.  That attitude.

She is the reason that I could, in good conscience, buy Katy Perry tickets.  Too bad most of the Phoenix crowd isn't sophisticated enough to appreciate her.

Then Ms Katy P came out in her sugary goodness journey to find Kitty Purry.  It was ridiculous, like Wizard of Oz meets Candyland on drugs.  And fun.  And no way on earth I'd take my teenage daughter to the show.  We had a great time. 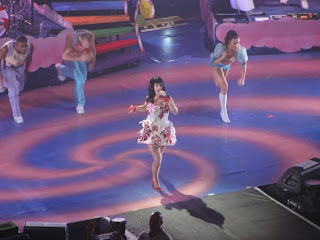 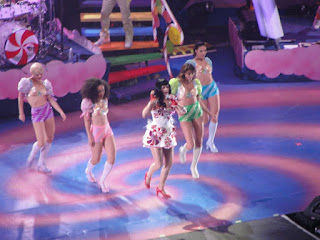 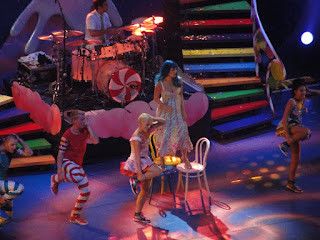 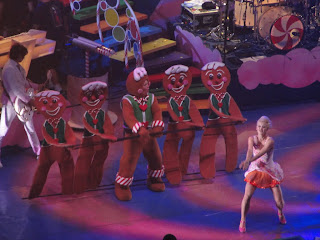 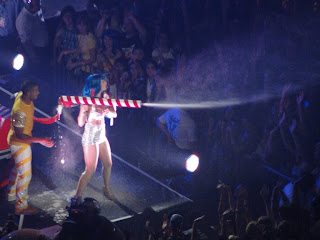