Okay, where was I?

Oh - a couple weeks ago.  Yes, Emily was in town (and hopefully moving here, please)!  We made dinner, swapped stories, and she shared a great first date story about a guy who had to start his car with a breathalyzer.  A guy she'd met a church.  We had some long laughs that night. 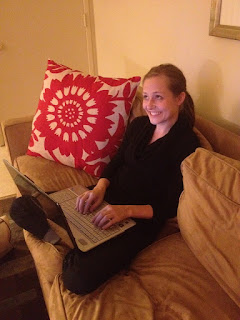 The next day the two of us took a quick beach break.  Gotta keep up the tans and get some running in. 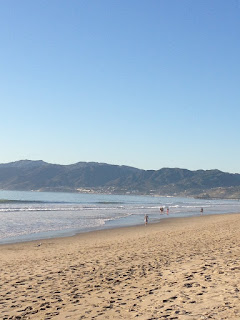 Friday night dinner at The Counter with Becca, Jonathan and Blake.  Too many choices there, I can never decide how to craft my burger.  We're all trying to get through the Oscar films before the awards, so we saw The Descendants after dinner.  Anyone want to go to Hawaii soon? 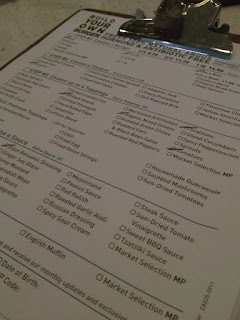 On Saturday I cancelled a trip to Solvang in the name of responsibility.  I had a ton of work to do for my upcoming trip to Phoenix, as well as a talk to prepare for church on Sunday.  I snuck out for a couple hours that evening to attend a church midsingles event in Pasadena, but came back home to continue work til late.  Somehow, despite attending church pretty much every Sunday for the last 30+ years, I've managed to go the last twelve without having to speak in sacrament meeting.  I guess musical callings get you out of a lot of things?  I spent a lot of extra time in preparation 'cause I wanted it to be good.

Church came early at 9am - I attended my ward, delivered my message on charity and compassion, and went home to nap after the first hour.  No, I wasn't skipping out.  I was merely preparing for another 3-hour block of church meetings on this 5th Sunday when all the midsingles in the LA area meet together for our own meetings.  The LA Stake center is a compound of buildings that doesn't look anything like a normal chapel.  I kind of love it.  Every building needs a stained glass window. 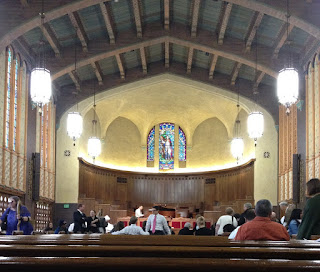 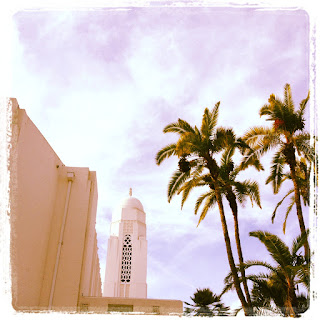 Despite being a little exhausted, I jumped in the car that evening, picked up Becca and Jonathan in HB, and we went south to San Clemente.  It's kinda far away.  But we (or rather, I, mostly) had a very good reason.

Ryan Raddon was doing a fireside in his home ward.  Who, you say?  Ryan, aka, Kaskade.  Ring a bell?  Only one of the biggest DJs in the world, who happens to be a Mormon.  Remember how I'm crazy about electronic music (house and trance specifically)?  Well, I wasn't going to miss this.  The Kaskade event was announced in December, but with details pending.  Despite the lack of publicity, I managed to get there that Sunday night to hear him speak.

I was really curious how the event would go - like, would he do a little meet and greet after and take photos with people?  Or is that totally not cool in a church setting?  I really wish I could've been the pianist for the night - I wanted to take his tracks and make them hymn-like to play for prelude music.  Clearly I have the potential to take this obsession too far.

Since I was unsure about the photo situation, I took a stealth one when he went to sit up front. 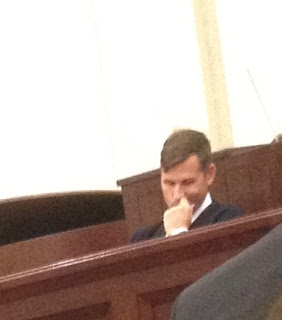 He seemed a little nervous and amazed that people showed up to hear him speak, fairly sure that many of us didn't even know who he is.  Oh, we know, all right.  Ryan (Kaskade?  Brother Raddon?) shared his story of how he got to where he is, certain that his career developed slowly so that he'd have time to understand how to keep his values intact before his career really took off.  He did a Q&A for 45 minutes after, taking questions about the word of wisdom, family, Deadmau5, choosing vocalists (many of them are Utah housewives), technical production stuff, etc.  Kinda cool to think about spinning in a Chicago club til 3am on a Saturday night, hopping a jet, landing at home in California and still making it to 9am church with your family.

One girl asked him if he'd ever play at a singles dance (we all knew that question was coming).  He paused and simply said, I would invite you all to come to Coachella.

Meet and greet totally happened.  My weekend was complete. 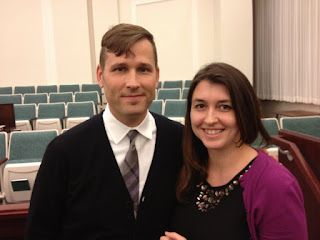