So I said earlier in the week that maybe I'd wanna go to the new cupcake ATM.

And Sunday night, while browsing Facebook and seeing a photo of someone's birthday cupcakes from Sprinkles, my roommate and I looked at each other with that knowing look - that we just had to go get some.  (Why is it I have the worst cravings on Sunday nights?  Anyone else have that problem)?

We justified that it wasn't breaking the Sabbath since no one had to work to serve us cupcakes, and despite the semi-late hour and coldness, we jumped.

It's a mere 2 miles to the magical, genius, cupcake ATM.  There was a line.  And it got longer while we waited. 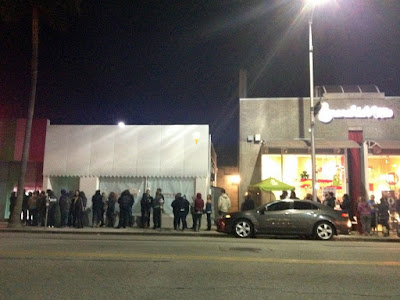 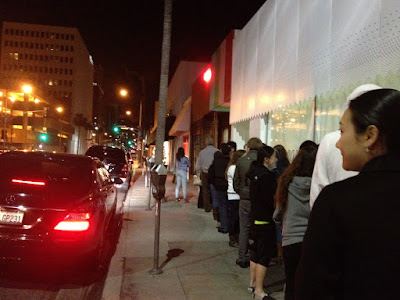 Part of the problem is that it's 1 cupcake per card swipe.  People were getting multiple cupcakes.  It's the long transaction time that kills things.  Oh, and the fact that everyone is photographing the entire process.  We had a blogger come by and ask to take photos while we checked out. 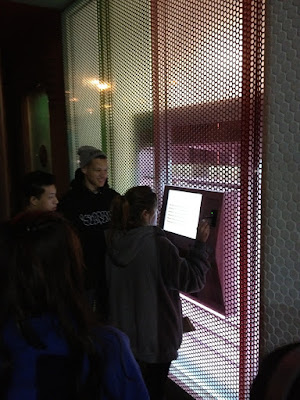 Finally, Haleigh's turn.  She got three. 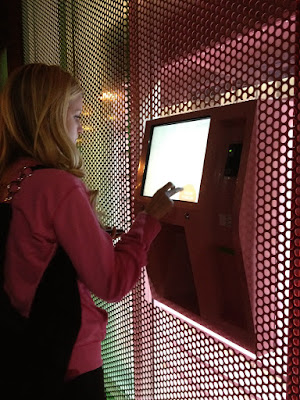 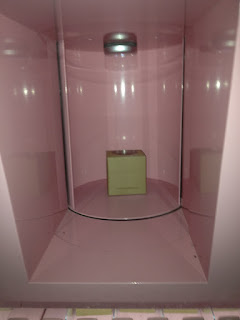 Really, why didn't anyone think of this sooner?  Would I do it again? Maybe.  But it's awesome just knowing that the possibility of 24 hour cupcake access it out there.