Continuing in updates from August...

Shannon came to Pasadena for the summer for a NASA internship.  She's kind of a genius.  We were rooommates back at Georgetown where she was studying international relations, but two years in, she left DC, went on a mission to Brazil, came back to BYU and started in engineering and now she's almost Dr. Shannon and she does cool stuff with NASA.  She's rad. 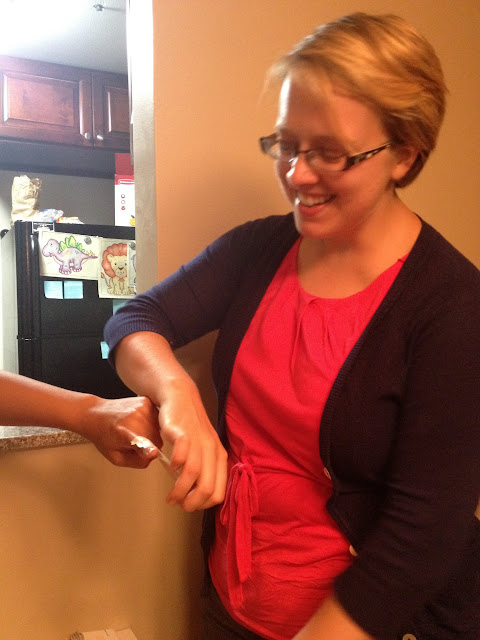 We had a goodbye dinner in Glendale, followed by some pancakes with Cookie Butter, because I'd never had it.  It's pretty genius, too.

Brooke modeled it for us. 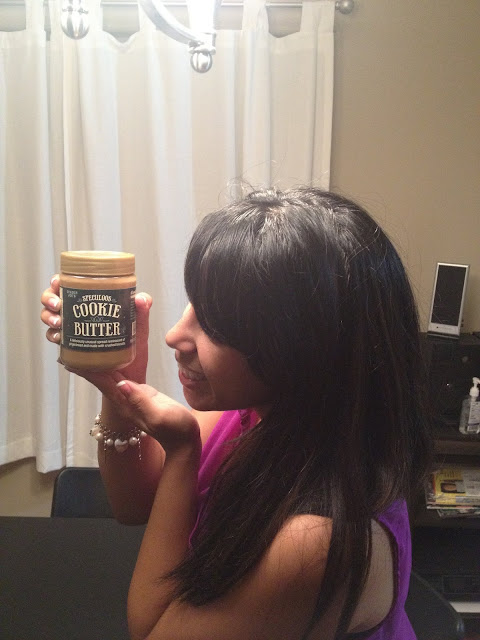 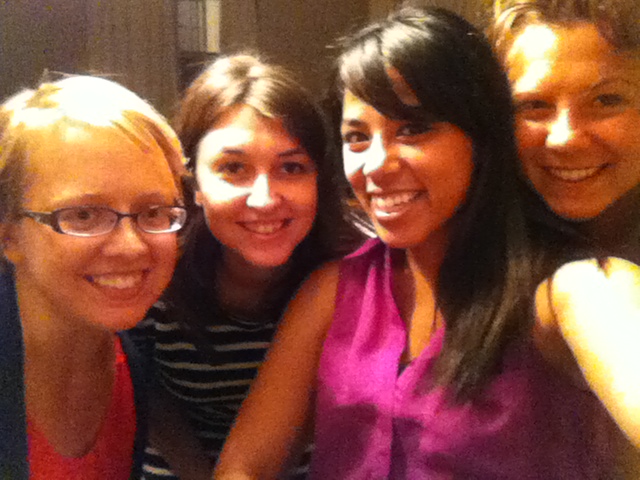 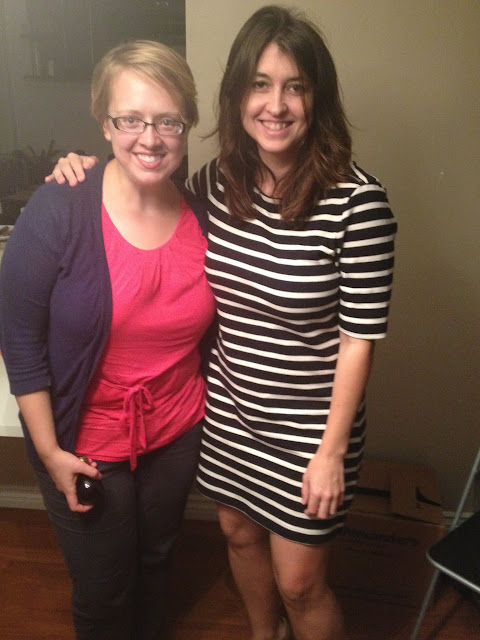 Aaron had a late night breakfast birthday at the Cube. 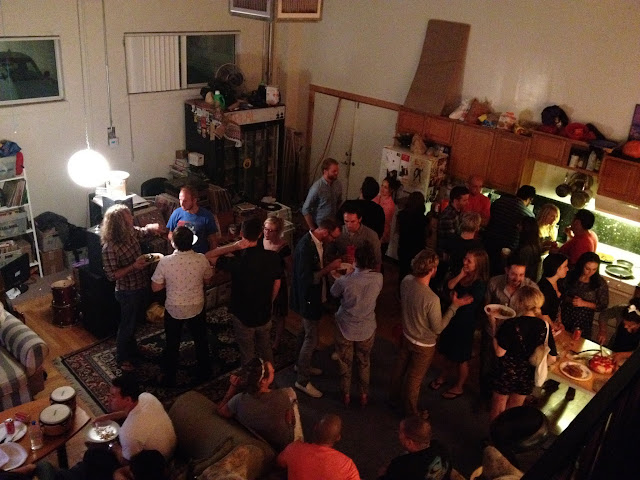 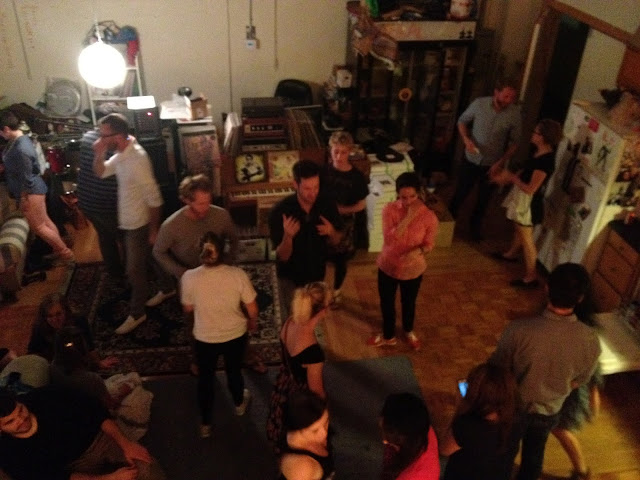 I went for a little jog in the neighborhood and came across this tree.  Then I realized it's the place where that plane had crashed.  Sad. 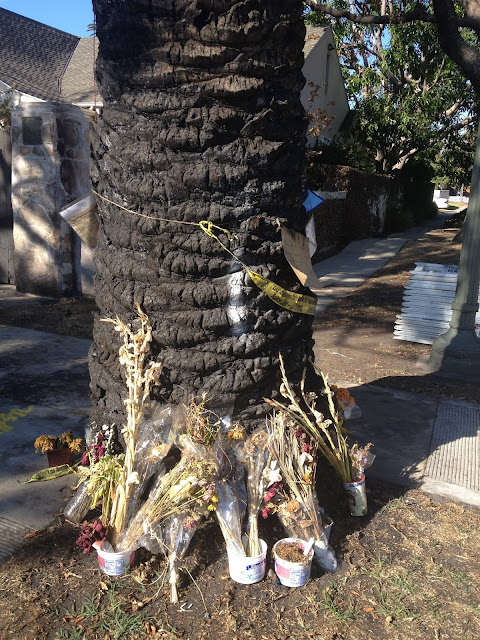 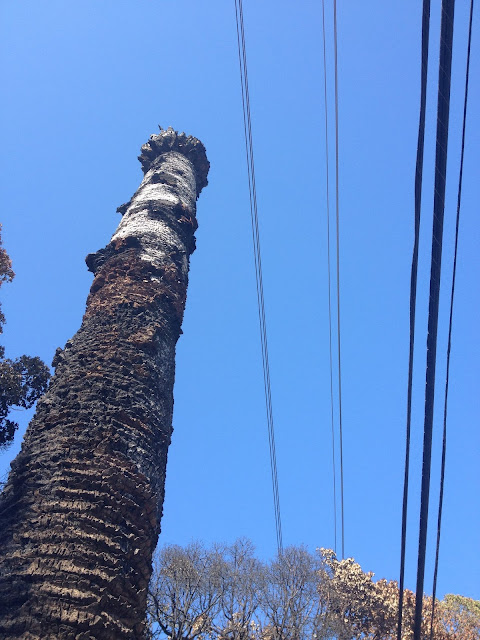 I hit five years of working for my company.  Five years!  I got this nice little box in the mail. 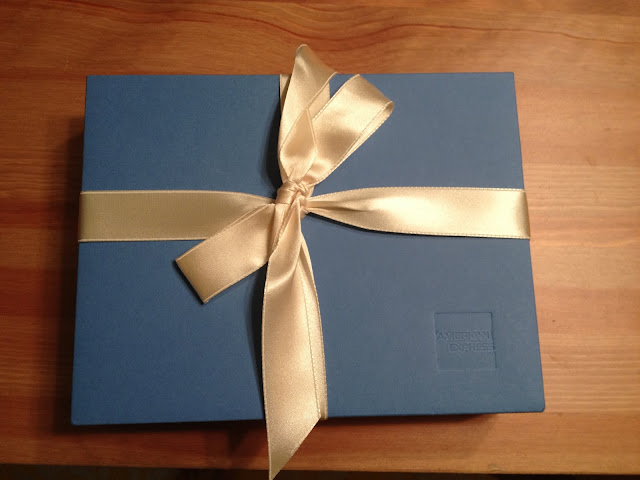 Another thing to go on my desk. 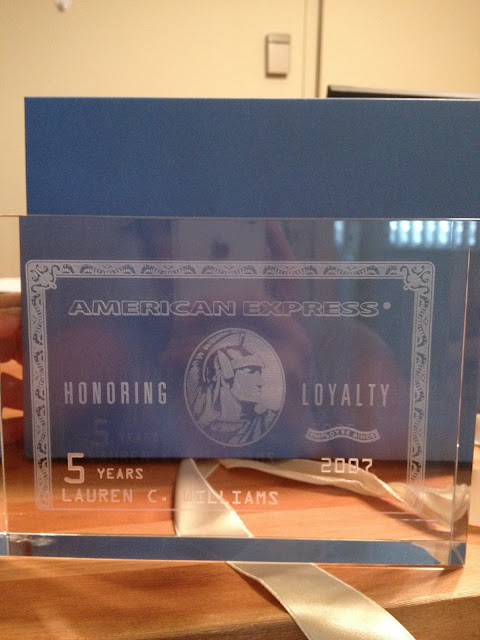 And as part of my company loyalty, I got to pick out a gift and I chose this.  Let me tell you - life changing.  I've used it a ton already.  The other day I threw in some chicken with green salsa, corn and beans.  When it was done, I made some fresh pico with tomatoes, red onion, and garlic salt.  Throw that into a tortilla with a dab of sour cream, and it's pretty dang delicious.  Cooking is easy! 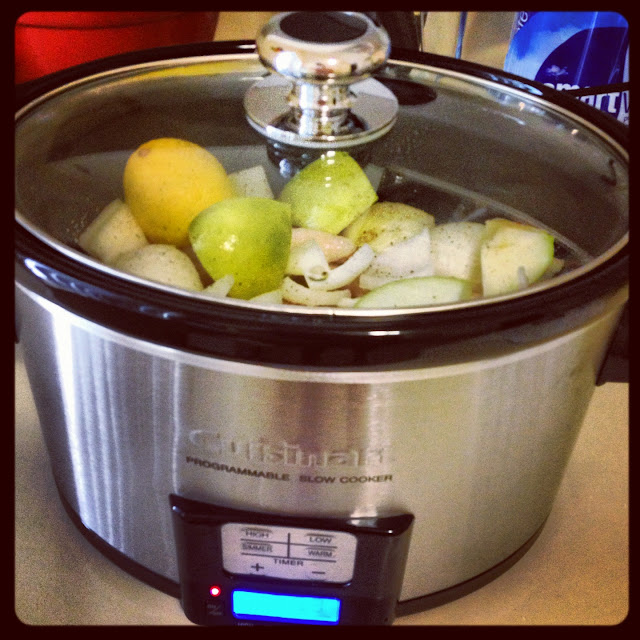 I went to a Dodgers game, cause it was Vin Scully bobblehead night.  There was some awesome rainbow action going on.  Get ready for lots of rainbow photos. 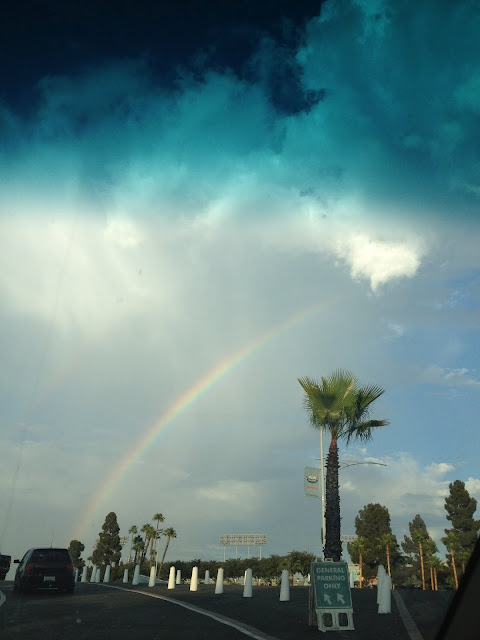 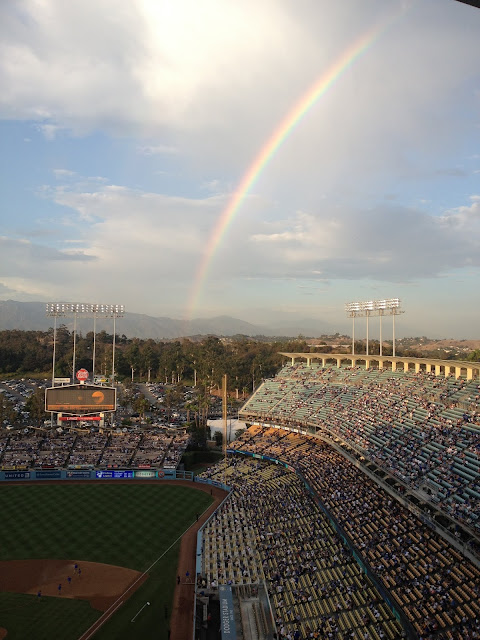 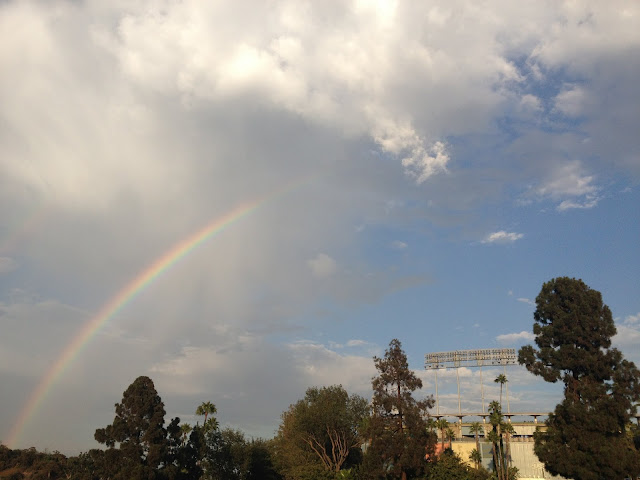 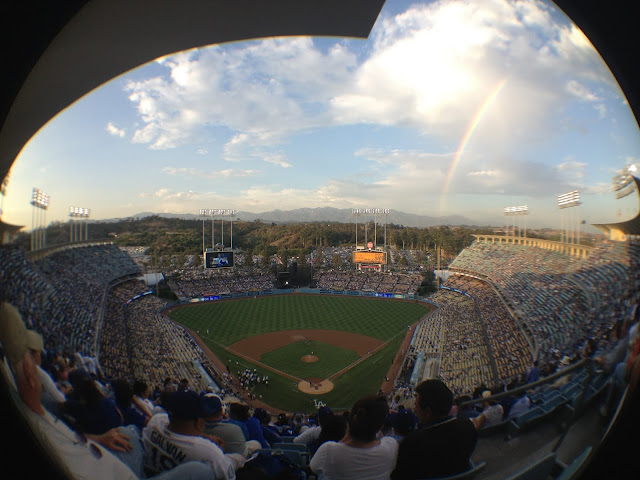 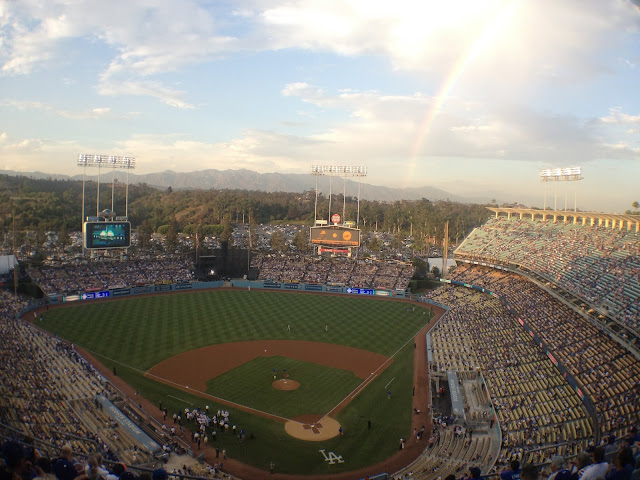 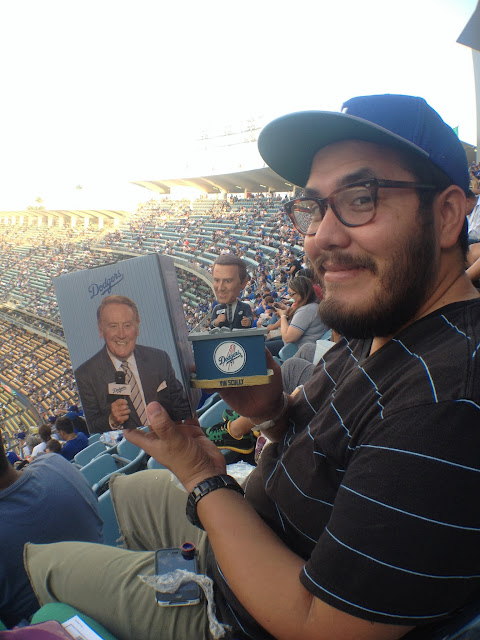 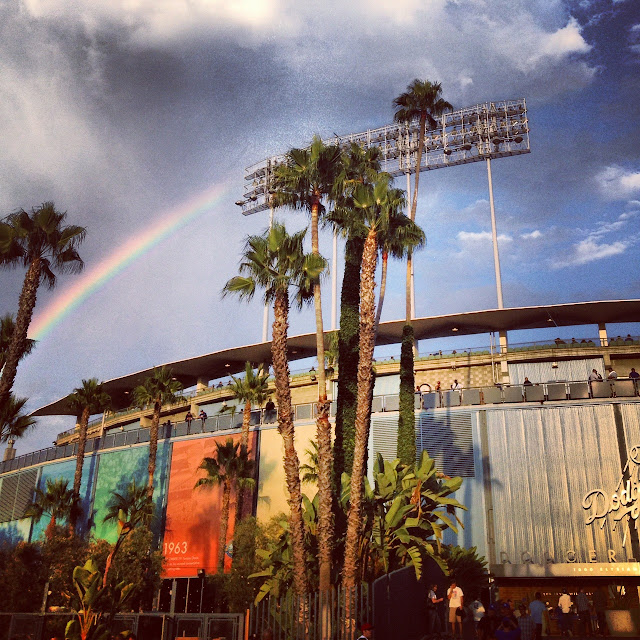 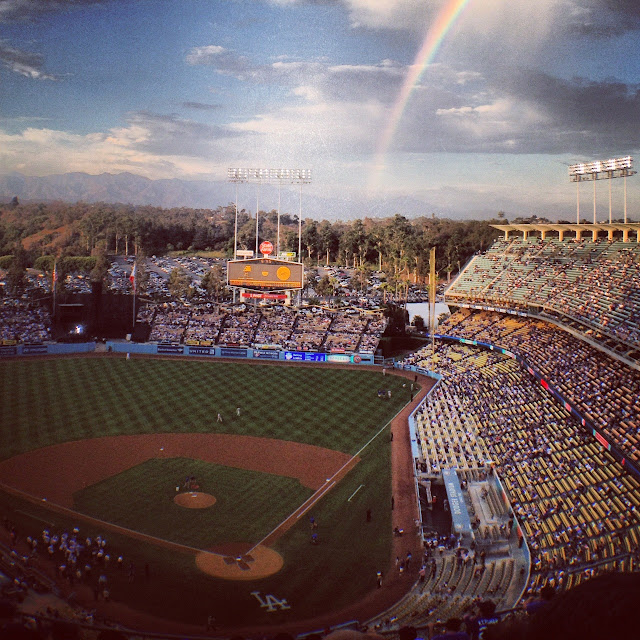 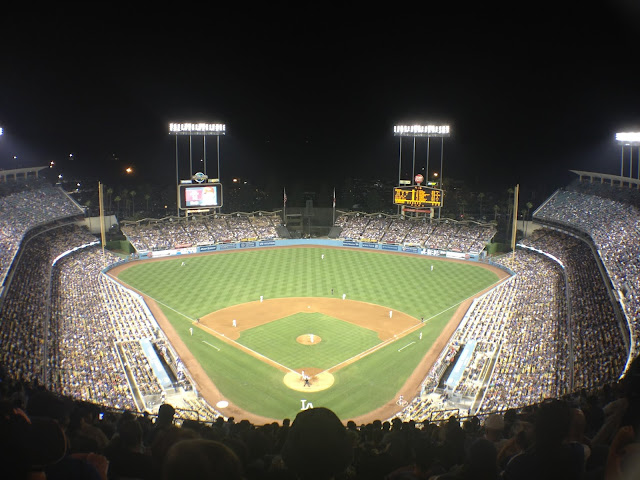 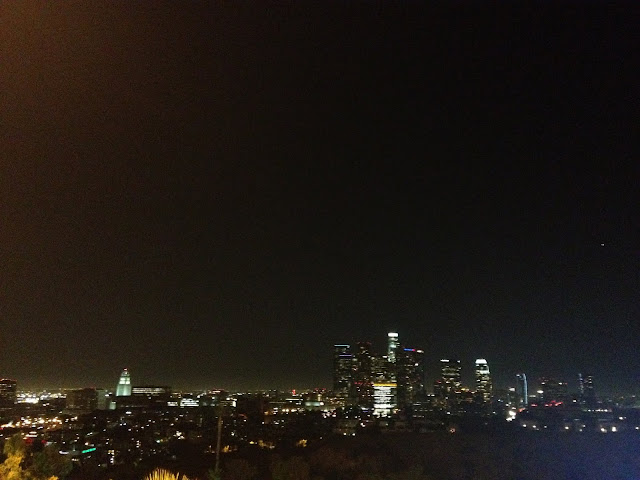