I'm a month behind in blogging, so backwards we shall go.

Last month, the darling Erin got married and held a wedding reception in Santa Barbara.  This happened to be during Carmaggedon weekend, and I happen to live right next to the affected freeway.  But never fear, it was the perfect excuse to drive PCH through Malibu, and at the last second, the magic Mike decided to rent a Mustang convertible.  Yes, please!! 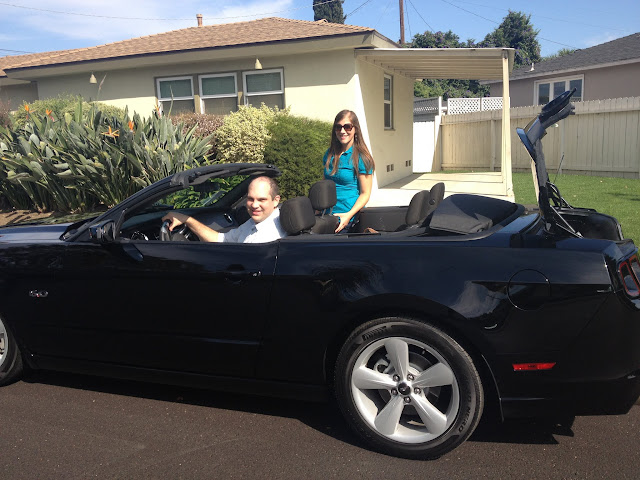 Becca, Mike and I headed off on a windy adventure.  This dude was intent on getting the perfect photo of that bush. 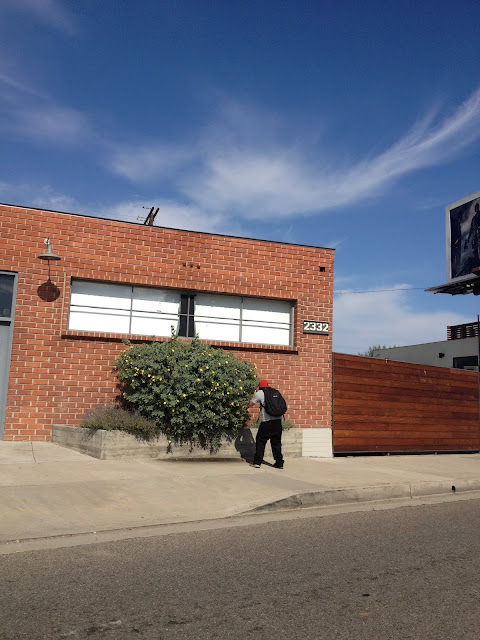 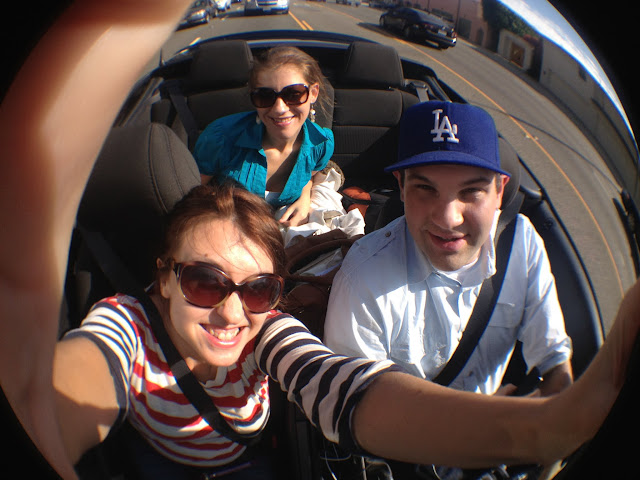 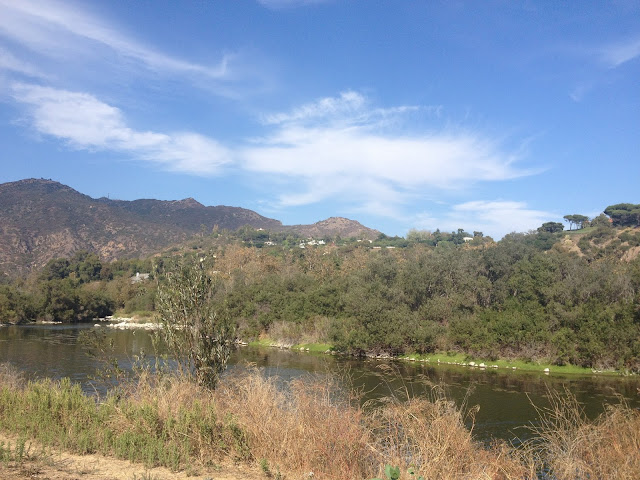 Pit stop in Malibu.  As soon as Becca and I walked in, we though the place looked a little familiar.  It was the same gelato chain where we'd had a few scoops in Italy. 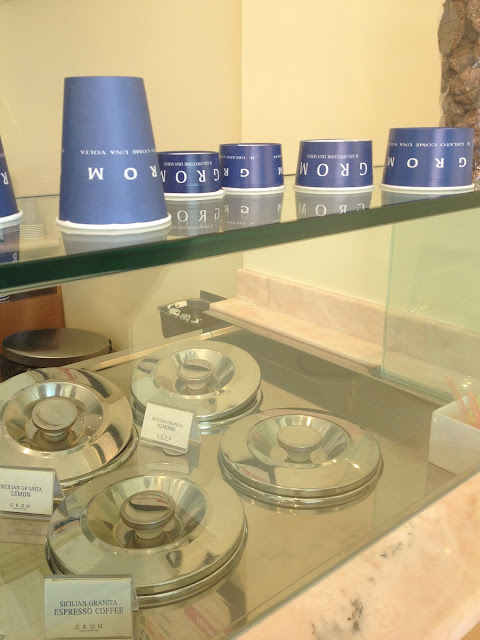 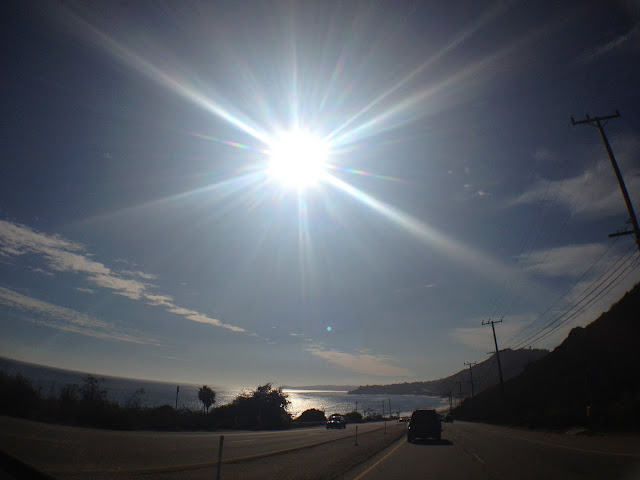 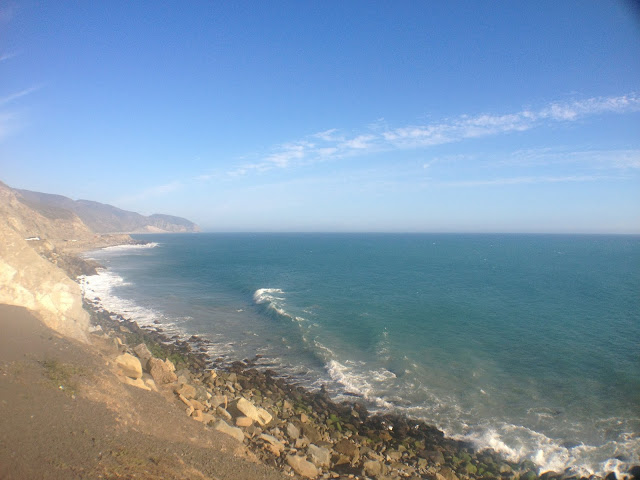 Crops near Venture.  They grow all kinds of stuff there! 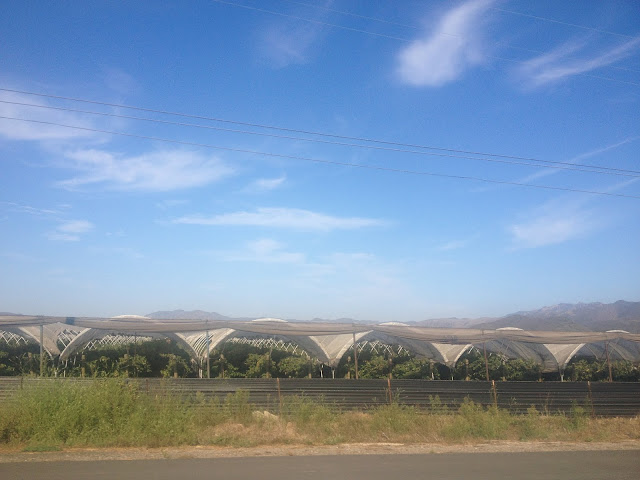 I'd never been to Santa Barbara, and since we were close to the old mission and had a little time to kill, we ran by. 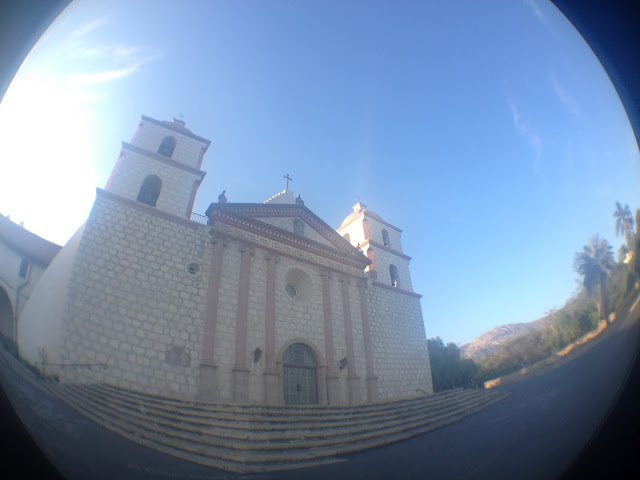 It's a pretty stunning place.  I definitely need to go back for a weekend. 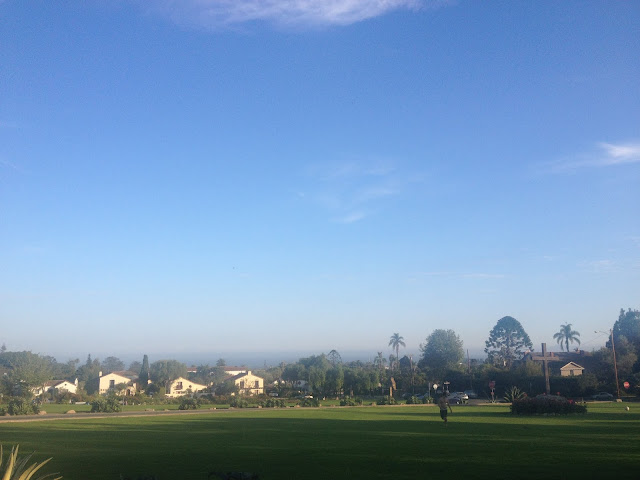 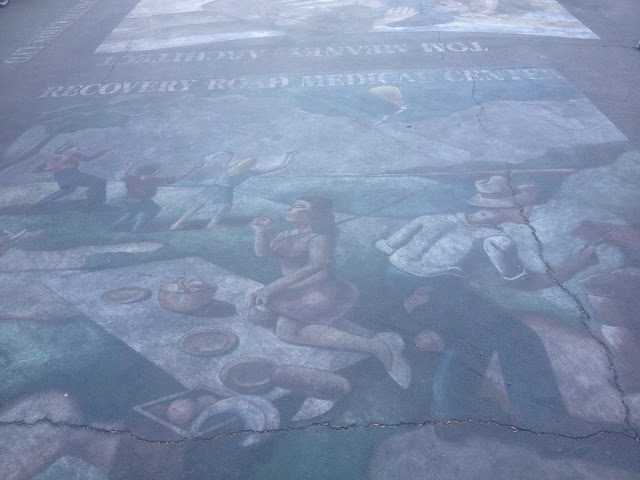 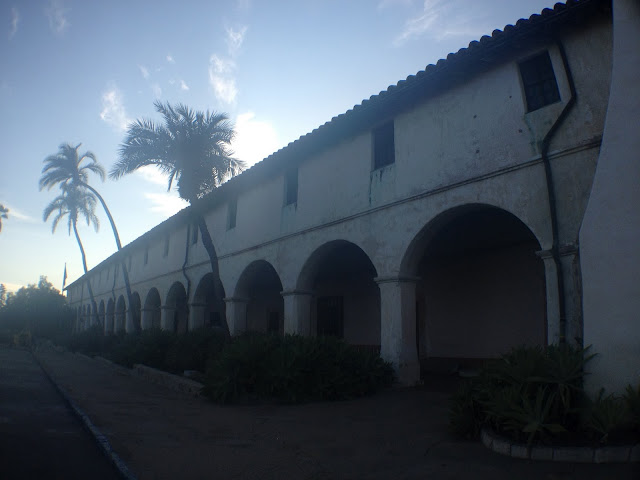 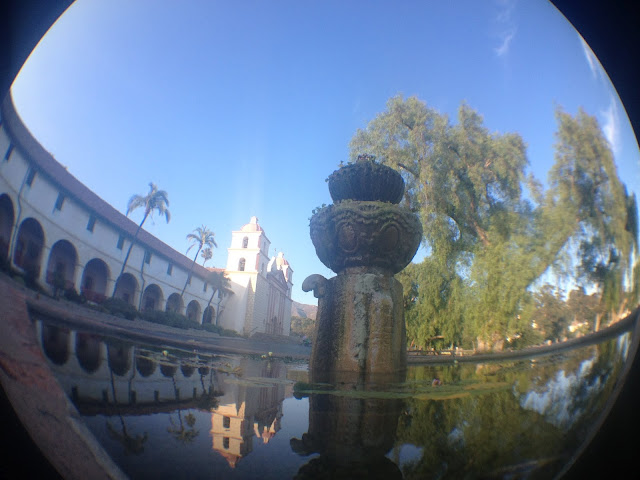 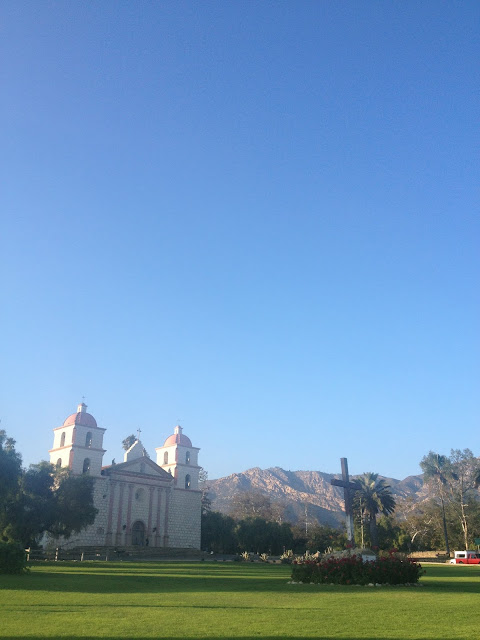 Okay, now for the wedding part, the real reason to be there!  We managed to find some open rooms in the church to change clothes, except neither Becca nor I had brought a brush for our tangled, gnarly hair.  Awesome.

I was a little surprised to see on the invitation that the reception would be held at the church building.  While that's usually the norm, it's also a boring option, and Erin is anything but boring.  However, when I saw the SB church building - whoa!  Whoa!  Their courtyard is gorgeous.  And Erin's choice of decor was just stunning.  One of the prettiest weddings/receptions I've attended. 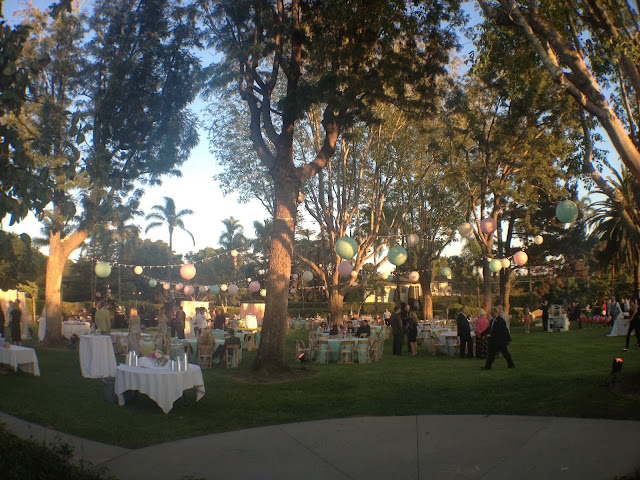 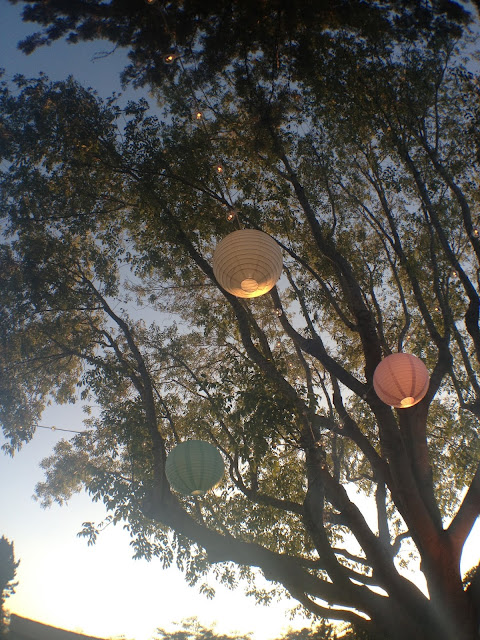 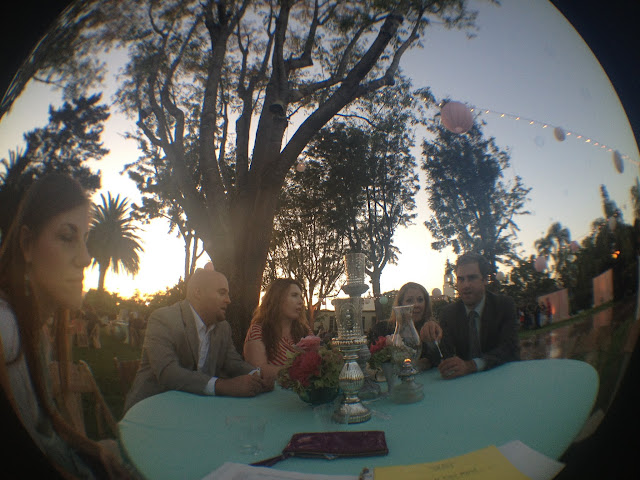 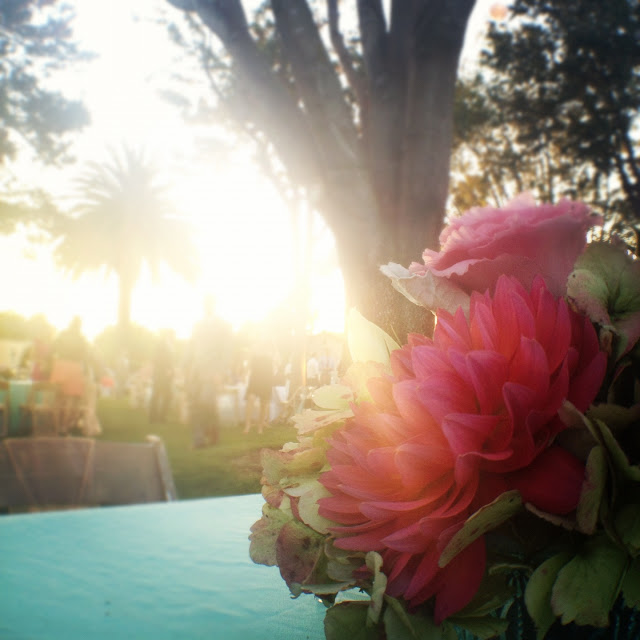 Erin and Seth are just a lovely couple.  Super congrats to them! 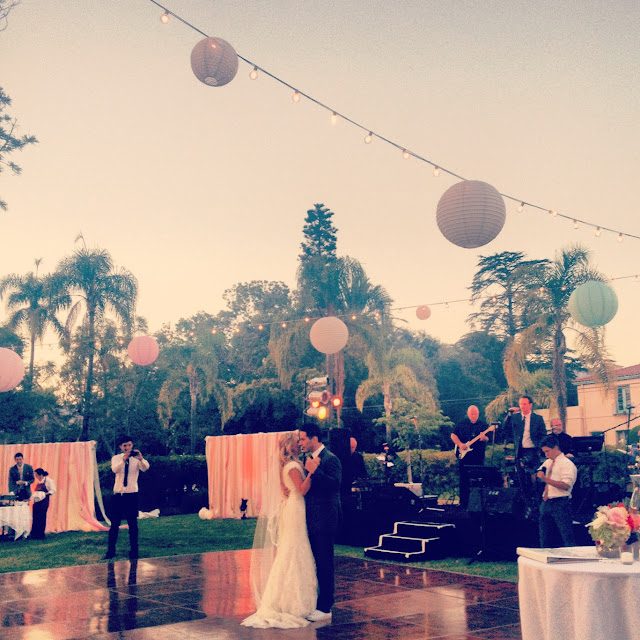 The food was veggie delicious - your choice of grilled veggies, personally sauteed for you, then added to your choice of pastas with varying sauces.  Pinkberry and cookies for dessert!  Plus cake, of course.

Erin's family got the night rocking with a mini-musical, and then the karaoke band took off and anyone could perform.  That band could play anything!  Definitely a fun night. 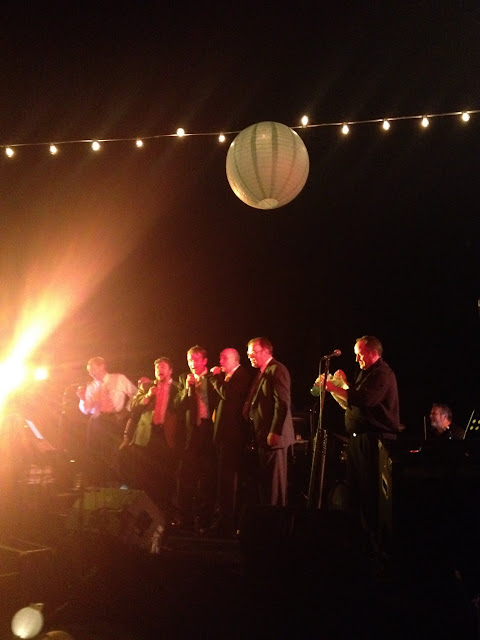 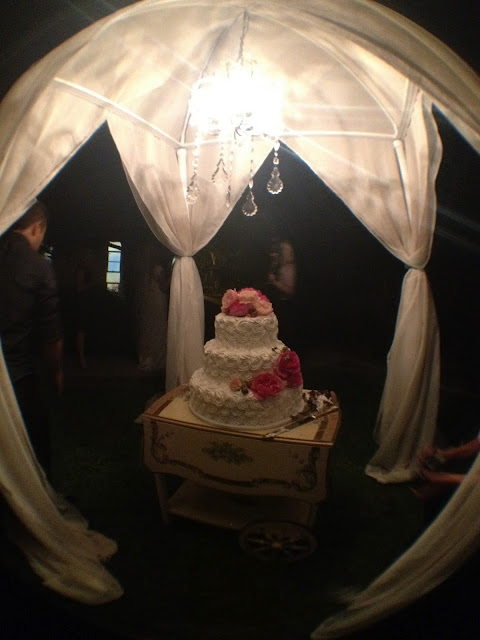 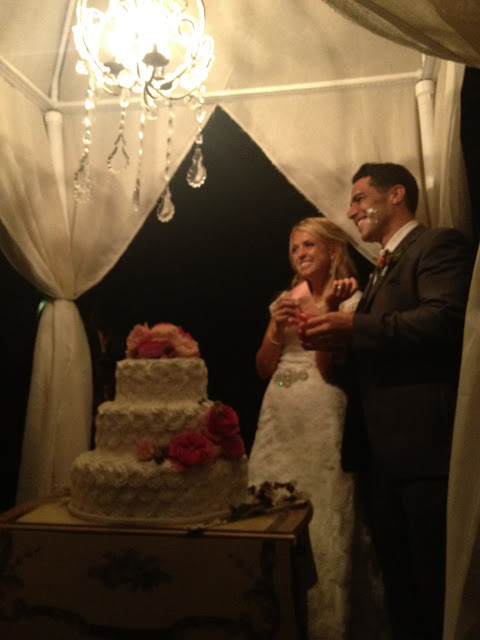 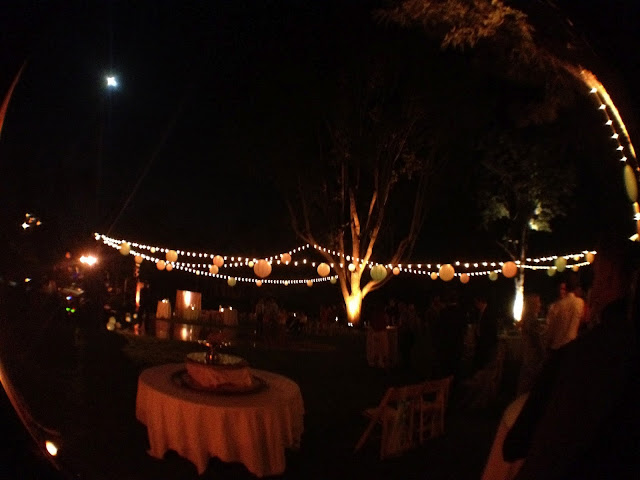 At the end, we all took the lanterns from our tables and lit their way out of the party, off into their new life together. 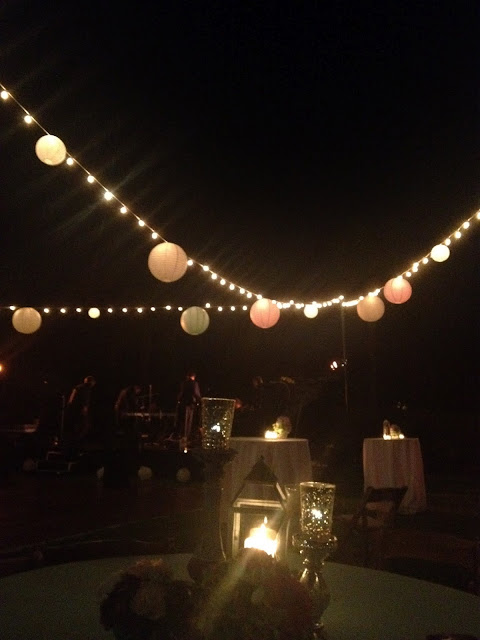 Time to go home - we drove onto the SB pier first, since I'd never been. 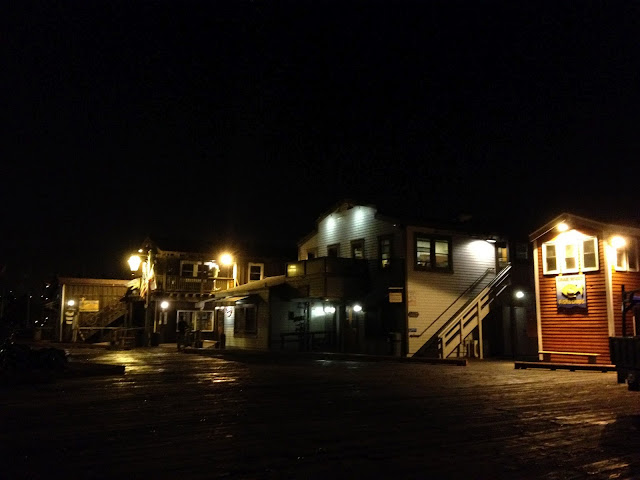 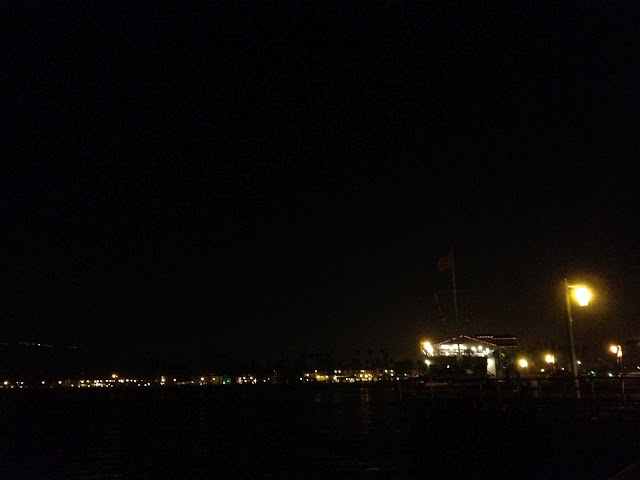 Quick journey home, as Mike drives FAST (I was only a little terrified) and I got home to get enough sleep before midsingles fifth Sunday kicked off the next day.  Lots of food to set out and large crowd. 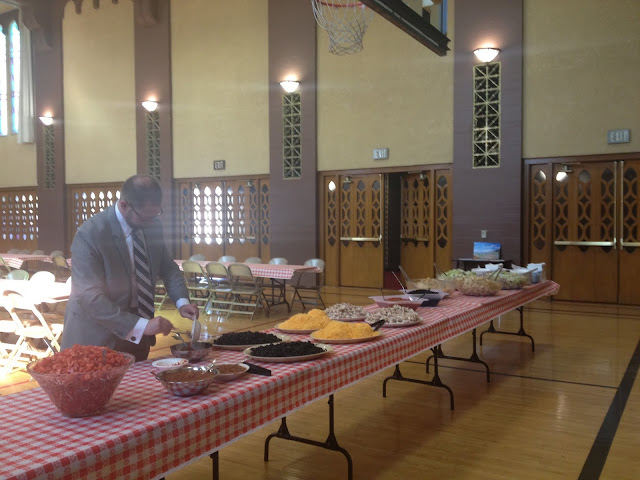 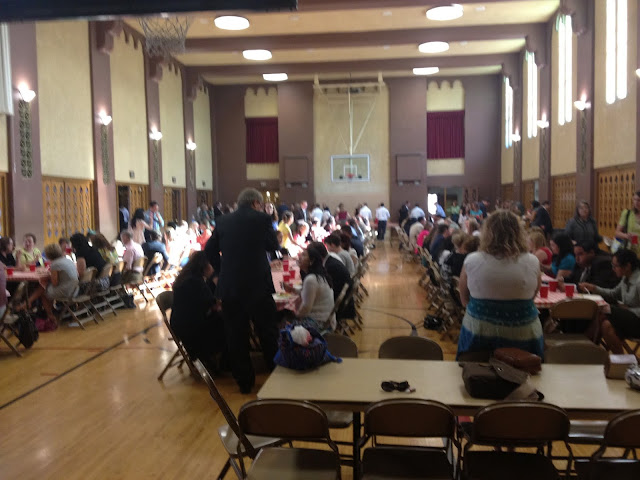