Time to head off for some solo travel around India. I was a little nervous about being alone, but it all worked out okay. I had to fly back through Delhi on my way to Amritsar. I don't know if Amritsar makes most people's India travel lists, but I really wanted to go to the border ceremony, so it made my list. And then it delighted me the whole time. 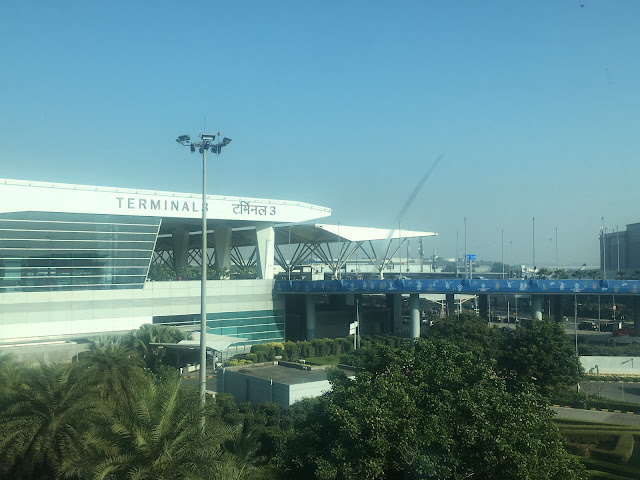 As seen in the Delhi airport - a sun salutation. 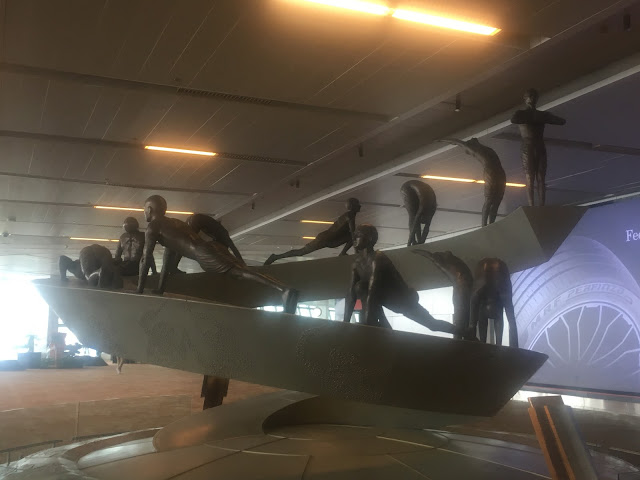 I booked a decent looking Ramada hotel near the main sights and grabbed an Uber from the airport. Much cheaper than having the hotel shuttle pick me up.  I had also stumbled across City on Pedals online for some day tours to keep me occupied. They do have an excellent hostel as well, which I probably would have enjoyed. But I like to think I've graduated from shared rooms with strangers.  City on Pedals was really great with communication, and I had a food tour set up for the first night I got into town. 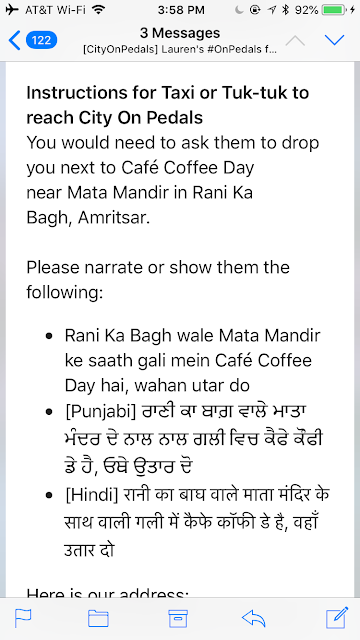 After relaxing in my room for a bit, I stepped outside in the evening and found a slew of tuk-tuk drivers right at the hotel gates. I negotiated a bit with a younger guy, and off we went to start the food tour. He even gave me his number for the return pick-up at the end. This worked out well.

Also this region is mostly Punjabi, and a lot of people speak both Punjab and Hindi.


I made it! Here I am with Indira, who is Bolivian. She's been traveling around India for months (close to a year) and she was camped out at the hostel, sort of working and making it her home base for awhile. She came with us on the tour, but I was the only person who booked it for that day. 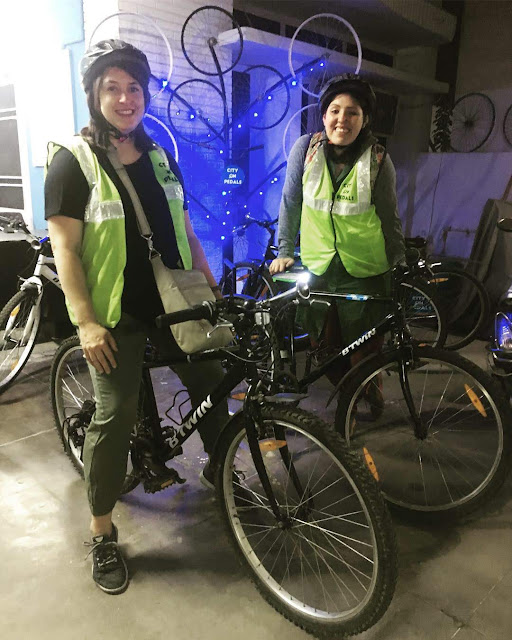 Safety first! And yeah, it was sorta wild thinking about riding a bike through Indian roads, but it was only a little scary at the beginning. And by the end of the tour it was much calmer for the ride bike. I would definitely recommend this. The weather in November was also perfect for a night ride! 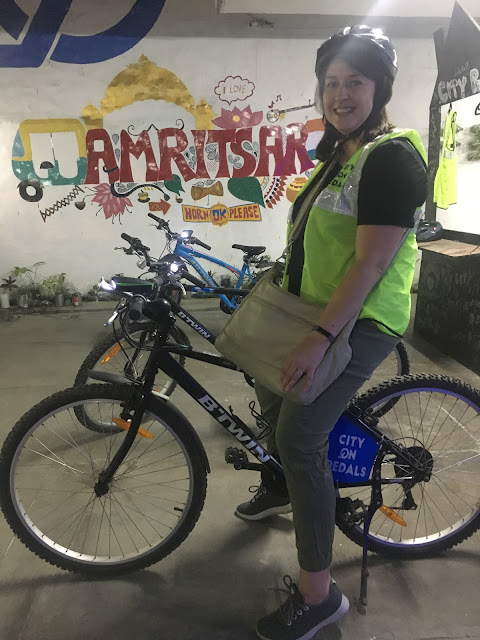 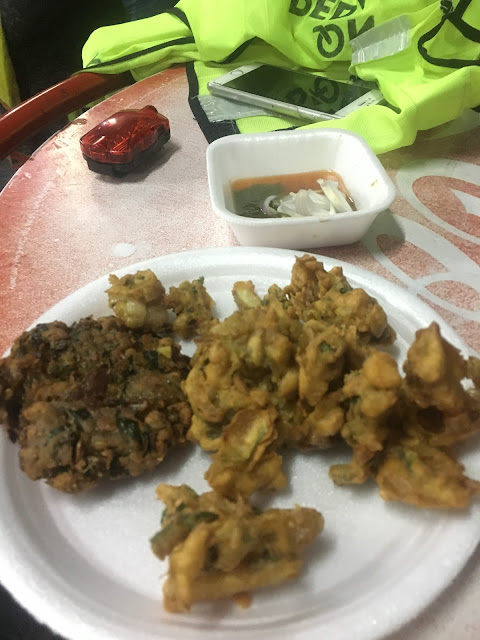 Next up, pani puri. It's a hollow fried crispy thing that is filled with flavored water and other things, which might be chickpeas or potatos, or chutneys. You kinda have to shove the whole thing in your mouth at once. This was the only thing I was sorta worried about eating off the street, since it wasn't hot and fried fresh. Luckily with daily probiotics and a little activated charcoal after some meals, I never got sick.


Third stop, roasted momos and a soy champ with some delicious sauces. 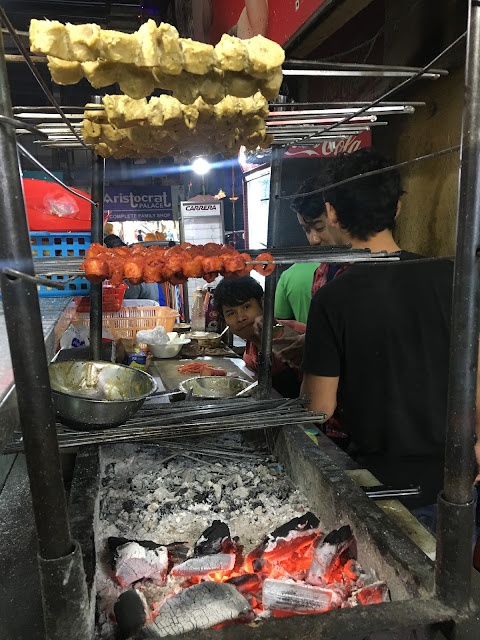 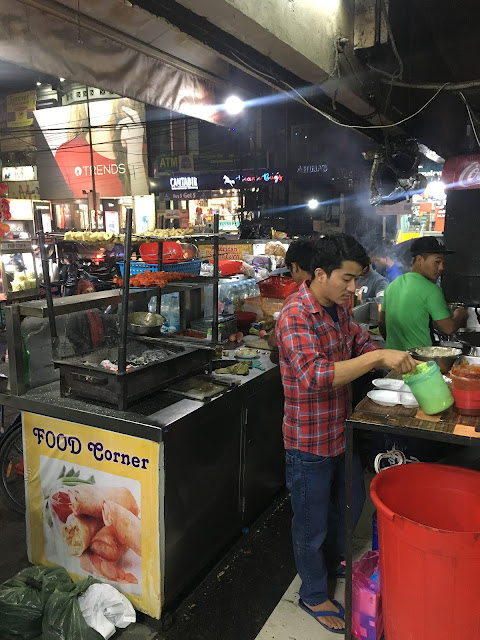 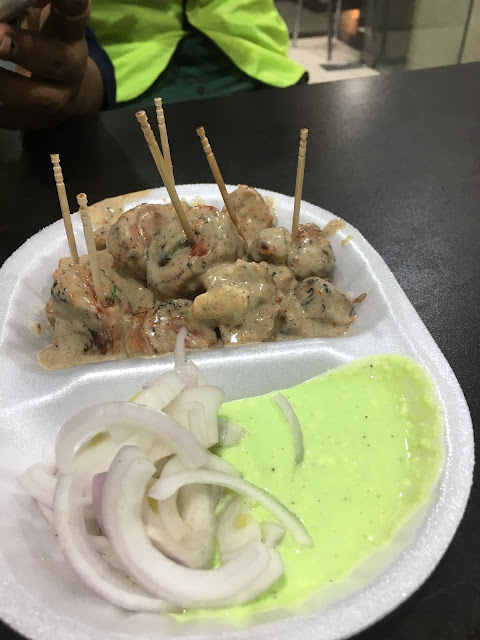 There's Rabia on the left and she is the best tour guide in all of Amritsar and maybe even all of India. I got to hang out with her on three tours, and she is awesome. 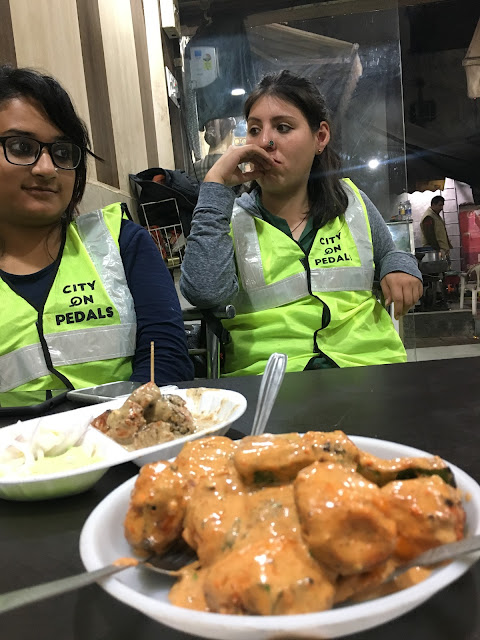 Also, Limca is excellent. And I should try and find it here in the US. 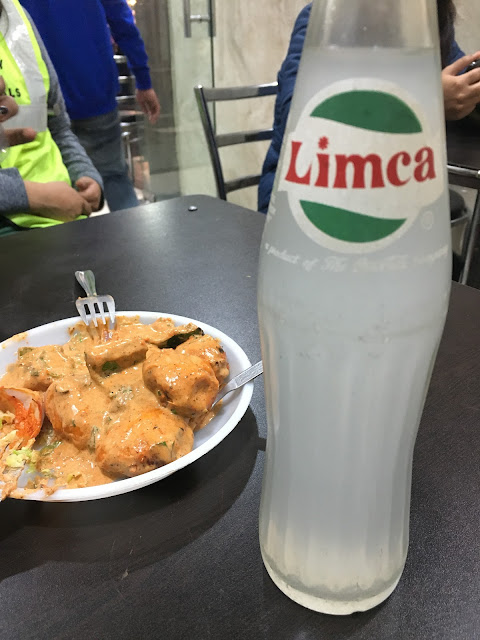 Roasted potatoes with some delicious seasonings on it. Simple and yum. 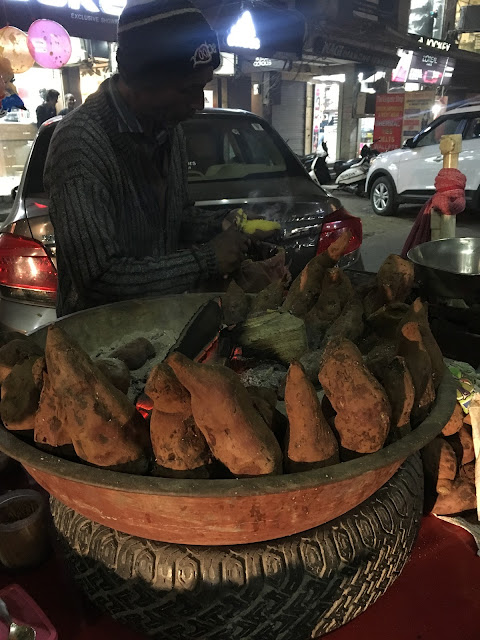 Next up, a famous local stop to eat some sweet stuff made from mango pulp. Very, very good. 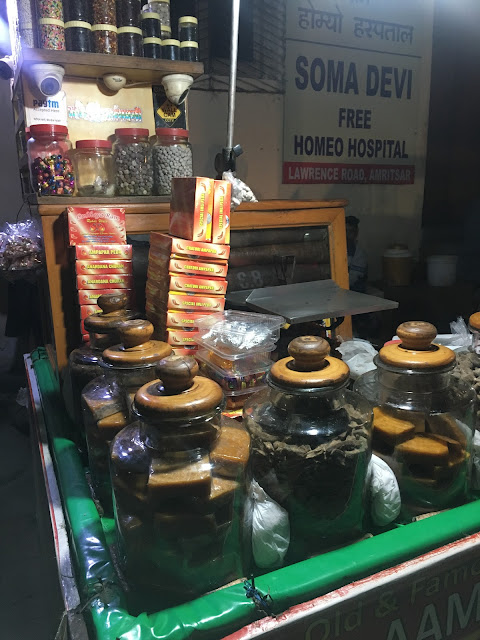 They sell lots of other fun sweets as well. 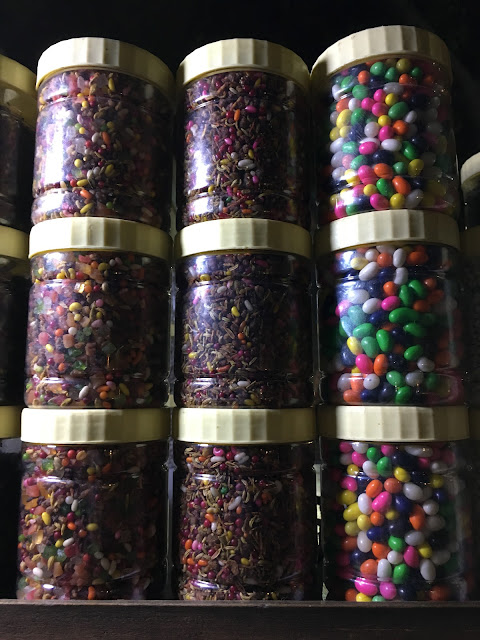 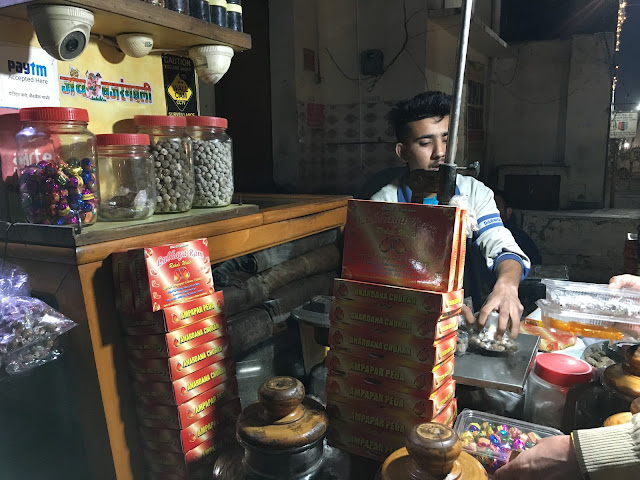 Rest stop at the famous Brothers' dhaba. They have a couple locations around Amritsar. We ordered a couple dishes and some lassi. 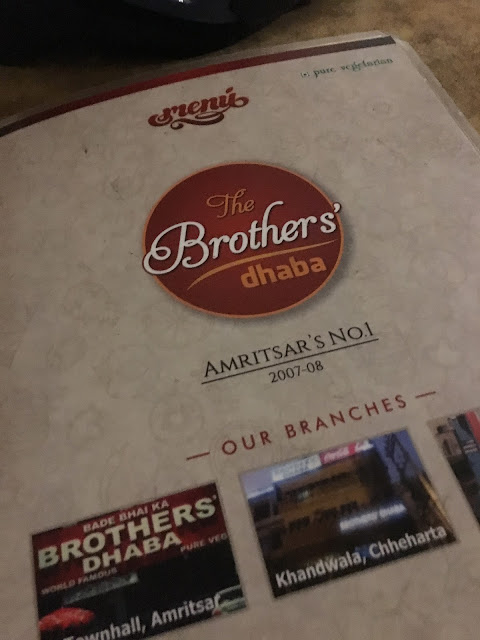 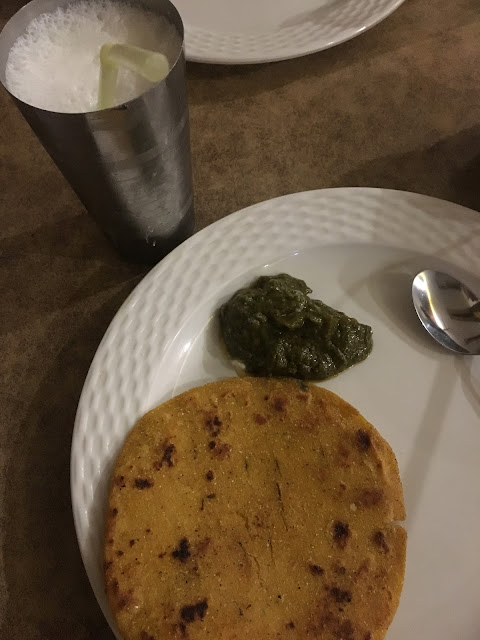 Gotta end the night with jalebi - basically an Indian funnel cake. Fried dough soaked in sugar syrup. It's so, so good. 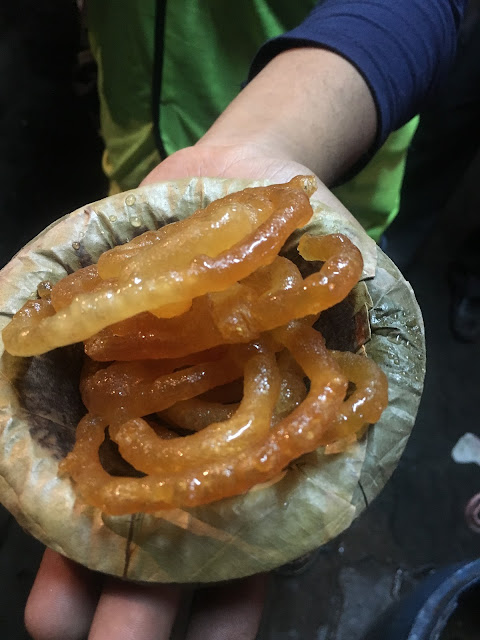 Great start to my time in Amritsar. 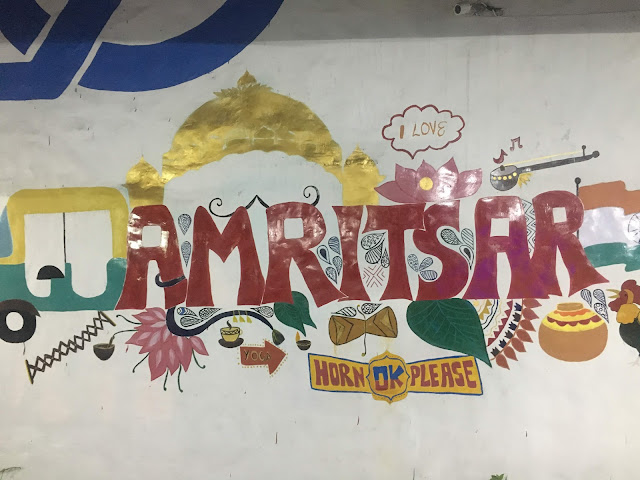 I made it back to the hotel, and realized my room overlooks the front entrance with crazy lights. Oh well, nice touch to the room. One night the power went out a few times. The generator kicked on within a couple minutes, but that's something I don't experience often. 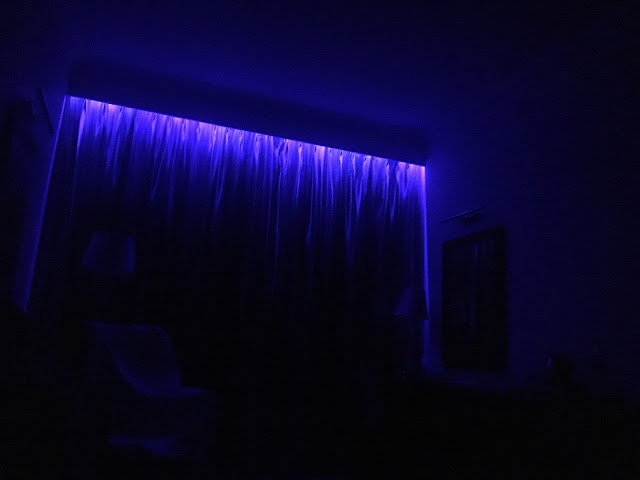