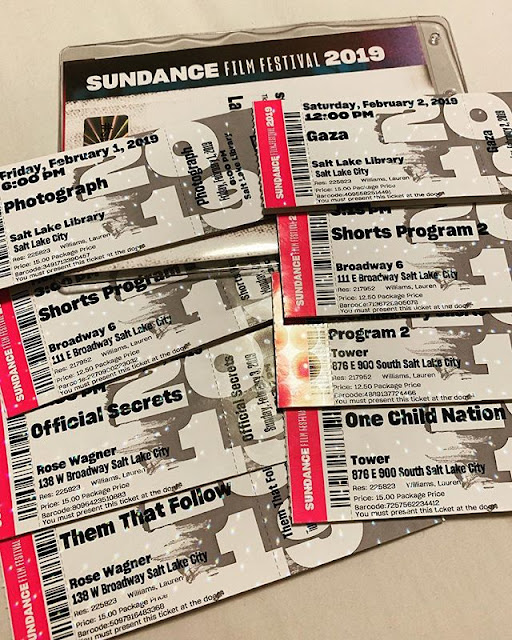 Here's what I saw! I didn't have as much time/money this year, so I didn't see as much as I wanted. But that's okay.

Shorts Programs - I didn't love most of them, which I usually do. Ghost of Sugar Land in doc shorts was great - about a group of friends in Texas and one of them disappears to join ISIS. Brotherhood was powerful. The Field was also good. Everything else, meh, including a couple I hated.

One Child Nation - great doc, won awards, go see it.
Them That Follow - not a doc, but an interesting view into a Pentecostal tribe that practices snake-handling.
Photograph - really sweet film set in Mumbai. It's been in theaters, so find it.
Gaza - people need to see this. People suffer in Gaza, and it's not right.
Official Secrets - I enjoyed this one. Nice surprise at the end of the festival.
The Souvenir - saw this at a free screening. Lots of hype, lots of good reviews now that it's out and I totally hated it. Hated it.

Wish I'd seen and will watch on streaming:
Midnight Traveler - so bummed I missed this. Hoping for it to emerge soon.
Brittany Runs a Marathon
The Boy Who Harnessed the Wind
Knock Down the House
- July 08, 2019