We all know  - the economy basically sucks right now.  Thankfully I still have a job, I don't have a mortgage to pay, I can pay my bills on time, etc.  I'm in a decent spot (and I hope it stays that way).
Except that I had planned on cancelling the annual New Years trip that Tim and I started back in 2005.
I've tried to stop using credit altogether, stop buying clothes, stop buying expensive decorations for my apartment, and instead making a bigger dent in the student loans, car loans, credit cards that I've already used too much.  No extras, just the basics.
Tim and I have been holding out for a few months, looking for deals.  He was a travel agent once upon a time, I'm the queen of finding deals, and it's always worked out well for us.  We've both traveled pretty extensively, so finding a locale that we both haven't already seen and is affordable (he's in grad school in NYC.  Ouch on the budget) is rather difficult now.  We usually search Europe since it's cheap to get there in the winter.   This year we've talked Mexico City, Costa Rica, Iceland, and had even realized that we may end up in Vegas of all places (which we'd both hate hate hate).  Heaven forbid we stay in the borders of the United States.  We have almost full passports to max out, thankyouverymuch.
We usually end up with a trip planned as early as July, as late as September.  Except here we are, end of October, nothing going for us.  Flights are too expensive or the cheap flights only go to expensive cities.
But I'm extremely pleased and excited to say that we stumbled upon the most RIDICULOUS deal of all time over the past weekend.  And I do mean RIDICULOUS.
Let's have a quick look back at the years, first, however.
Ringing in 2005 on the banks of the Seine, with the French and their wine.  We found tickets on sale on British Airways in July for $89 each way.  We jumped.  And we went to London and Paris, the two major cities in Europe I hadn't seen by that point. 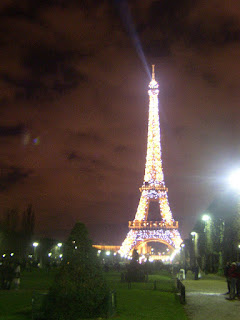 2006 - Tim went back to London, I stayed in DC for some strange reason.
2007 - Easy Cruise - a tad pricey to fly to St Maarten, but 20 bucks a night for lodging and transport to 6 islands in the Caribbean on a sweet little boat - awesome.  We saw St Maarten, St Barts, St Kitts, Nevis, Anguilla and Antigua.  Great, great deal.  Sadly I don't think Easy Cruise is operating in the Carib now; only in Europe.  I marveled at the water of Anguilla on New Years Day, thinking about my freezing friends back in DC. 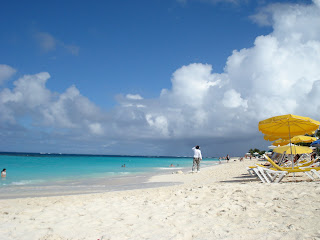 2008 - Que vive Espana!!  A return to my homeland.  Cheap tix to Barcelona from NYC.  I was able to return to one of my favorite cities on the planet and also venture south to Valencia. 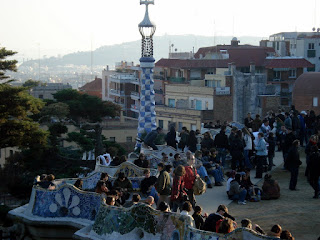 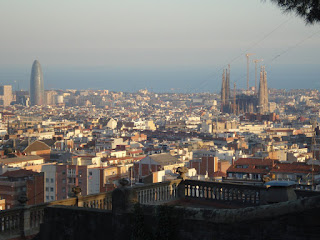 And 2009?
Bring on Central America!!  Belize, Guatemala, and Honduras!! 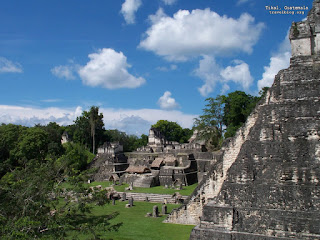 American Airlines had tickets from New York to Belize City for SIXTY dollars roundtrip (plus like 50 bucks for taxes, but not bad at all).  SIXTY DOLLARS.  That's just like not eating out for two weeks.  No sweat.  Granted we booked the tickets that were $105 cause the flight times were a little better, but still.  Cheap!
Tim and I are both more than game to take local transport and sleep in hammocks.  I've already researched - bus from Belize City to Tikal - 15 bucks.  Hostel in Flores, outside Tikal, as cheap as 3 bucks a night.  The delux rooms go for 10 bucks a night.  Sweeeeeeet!  This may be the cheapest trip ever.  I'm so so excited.
Now just pray for no parasites or kidnappers and we're good.
- October 28, 2008

You should consider exploring Belize, as well. It's a beautiful country with warm, friendly people.

We also were lucky enough to score the $133 RT fare on aa and are headed back to Belize for our second visit in January. A few days on Caye Caulker and a few days in Placencia.

I am so jealous and I want to go with you.