Sorry, You've Got the Wrong Person....AGAIN

One of the best things about having a common name AND snagging that as my email address on Google means I get a lot of email for other people with my name.

Like LOTS of it.
I mean, enough that it has to be directed to at least 25 different people with my name. This is a constant source of entertainment, and I occasionally like to share on this blog. I’ve previously posted about it here.  I almost think I should try and get national recognition and track down all the intended email recipients and bring us together on Oprah or something.  That could be my 15 minutes of fame.  Just a thought.....
Upon receiving such email in error, I usually respond to the originator politely, like ‘Hey! You’ve reached the wrong person, wanted to let you know!” Most of the time I get nothing in response, sometimes I get an “Oh my gosh, I’m so sorry” and on a rare occasion I’ll start a dialogue with strangers on the internet. Right up my alley.
Twice I’d have to make phone calls explaining this (mostly due to library cards and renewal notices).
Some recent emails of amusement: 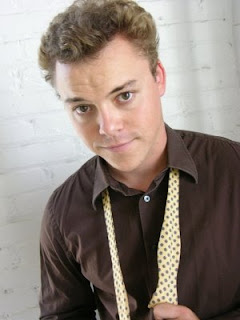 wow, that is awesome.

there is a todd goodsell who is a professor at BYU, so my spouse todd goodsell frequently receives his emails. a favorite was an email from someone wanting to set todd up with a friend ... took us a while to figure out it was for the single todd, NOT my husband.

Hey, that guy was kind of cute in a bland way. And uh, Dad's not having much success with his "Let's Forgive Mom" help group is he?

Ok, do I have your email wrong too??

Hilarious. Wowza. I mean, Karen Campbell is a pretty common name too but I don't get that kind of stuff!