Liz had to drive back home that morning to get some clothes and things since she'd come straight from work the day before. I slept in our lovely dark motel room til 11ish or so.
Ida Maria had gotten the green light on my schedule, and she was on at 1:30. Except the next green light wasn't until 4, with Paolo Nutini. We decided to skip most of the afternoon in favor of some lunch in Palm Springs. 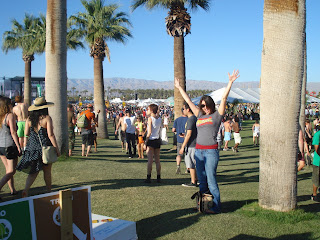 We arrived at the Polo Fields around 5pm, in time to hear a tad of Michael Franti on the main stage as we made our way back to the ever amazing Sahara dance tent where Zane Lowe was breaking it down. I was so so so looking forward to Glasvegas at 6pm (and am bummed I missed them in Tuscon this past Saturday) but their singer got sick and they had to cancel. They're still on my must-see list, especially since they were nominated for a 2009 Mercury Prize Album of the Year. 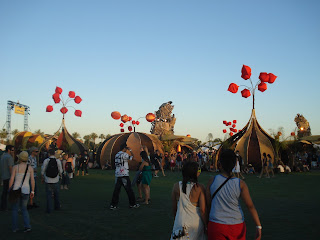 That gave us time to catch some of Calexico (which my notes say I need to have more of in my life, especially since they're from Tucson) and TV on the Radio (who I still can't really get into completely, even though I admire them and think they have a cool thing going). 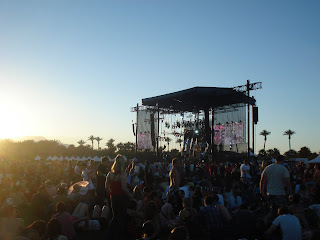 I had to skip James Morrison, who I've started to like quite a bit lately, but in favor of seeing the absolute number one can't miss band of the whole weekend - Fleet Foxes. Their music is exquisite. And they did not disappoint. My favorite memory from 2005 was seeing Arcade Fire on the Outdoor Stage, sun setting, surrounded by mountains and palm trees, lights starting to come on, and incredible musical moments happening. This was the exact place and timeslot that Fleet Foxes performed, easily the best time of day at Coachella. Man, I shed a few tears. But only when the smoking Mexican teenagers around me quieted down. 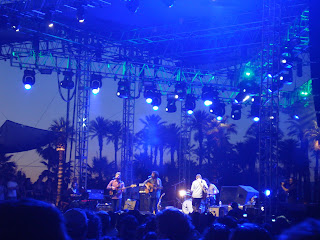 Fleet Foxes - Drops in the River from L Dubbs on Vimeo.

It couldn't have been more beautiful. You always worry about crystal clear harmonies on studio albums translating to the stage, especially outdoors with thousands of people crammed around. Was amazing. Must see them again.
The finished their 50 minute set and Liz and I ran over to the main stage to catch a few beats of Thievery Corporation. Thievery started in DC at the famous 18th Street Lounge, also the name of their record label. I have no idea why I didn't go there more often or go see them when they'd play 4 nights in a row at the 930 club. It took a Cali trip to finally catch them live. I'd love to see them again in a smaller venue. This clip gives you a glimpse of the vibe of Coachella in the dark.

Back to the Outdoor Stage to catch Band of Horses. They were also high up on the list of must-sees and were great.

Band of Horses - The Funeral from L Dubbs on Vimeo.

Flip flop back to the main stage to catch M.I.A. The woman was amazing for being a new mother. However, she said this herself later and it was evident - her show just didn't translate well to the huge stage. I first saw her at Coachella 2005 in the smallest tent there. Granted, there was a lot of buzz about her then and it was packed, but it was super great. This year on the main stage, I felt like she maybe performed four songs. The rest of the time was filler with her DJ running his mouth, horns blowing, and a lot of walking around. I know I wouldn't have wanted to rehearse a full show after having a child, but the whole thing just felt kinda - eh. 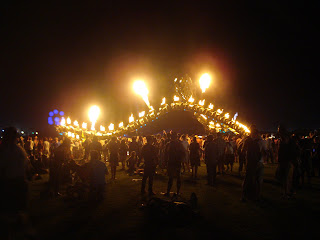 Jenny Lewis, I'm sorry we skipped you. But your set overlapped completely with Chemical Brothers at one end of the festival and the Killers at the other end. They both won our time. Liz loves the Chem Bros, so we ran back to the dance tent to catch their DJ set. It was packed! And super, super cool. We kicked it there for awhile and decided to maybe head back to the motel and see just a little bit of the Killers on the way out since we were getting pretty sleepy. 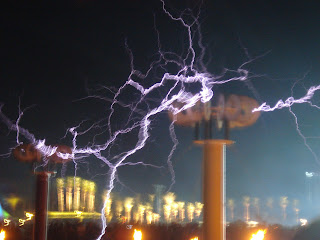 I read a lot of unhappy ruckus on message boards and magazines about The Killers being chosen to headline Saturday night. I'd never seen them before but had kinda heard they weren't that great. Granted, I love Hot Fuss, but never really got into Sam's Town or Sawdust, and only started listening to a few tracks from Day & Age in anticipation of Coachella. Liz and I decided to park ourselves on our towels at the back of the crowd for just a little while to see how it'd turned out. And boy were we surprised! They were so much fun! And when you're headlining Coachella, you've gotta bring it - and they did! I was impressed, and that takes a lot for a big arena-type show. And Mormon boys - listen up. Follow the example of Brandon Flowers. If you do, I promise more girls will be dying to go out with you. I fell a little bit in love that night. We stayed for their entire set, fireworks and all, jumping, dancing, singing along and were super happy....all the way til midnight. Day 2 - fantastic!

The Killers - Human from L Dubbs on Vimeo.

I'm going to have to try and get into the Fleet Foxes again.

Next year, I think I have to go to Coachella. I'm convinced.

OMG - I completely teared up at the Fleet Foxes clips. That is seriously one of the best moments/perfect memories of my life (up to this point). Perfect moments come up so rarely you know? And it was perfect. Hyperbolic Liz is on the shelf right now.

You forgot that our cheer originated on Day 2 too. It was the only way to pass the 15 Miles of Insanity Walk to get in. I love when you get one of your random bursts of energy and flex your cheerleader heritage and it comes out as this I-want-to-scream-but-I'm-a-grown-up-now-so-I'll-just-say-it-high-and-not-so-loud-but-full-of-giddy-energy "Yay Coachella!!!"