After talking about it forever, and the rest of the family waiting on him to get around to it, my little brother finally proposed to his girlfriend earlier this year. Hooray! Taylor’s plans kept getting foiled by school exams, a broken longboard, bad weather, then the flu, but it finally happened. And thankfully so, since Courtney already had a dress. 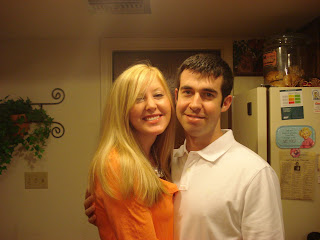 My parents decided to come to Phoenix in May and fly Courtney and Taylor down from Utah so we could have a family engagement party and introduce Court to the whole gang. It was all my mom could talk about for months. Worrying about the food, if it’d be too hot outside, what the entertainment could be, what the invitations should look like, etc. Every time I called home, that’s the first thing she brought up.

We had the party at my aunt’s house in her lovely backyard, and no, it wasn’t too hot. Most people from both sides of the family were there, grandparents, aunts, uncles and cousins. Cousin Chad and friends were in charge of the appetizers – they were entertainment enough, painting moustaches on with permanent marker and yelling out Spanish phrases with Italian accents. Grandma K made her yummy chalupa and Grandma W made her amazing salsa and homemade tamales. I love it when Grandmas cook. 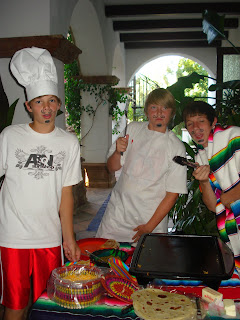 I had to come up with a game to play, and I tried not to embarrass the engaged couple too much. I wrote a list of 10 questions that they had to answer, and passed out these questions to members of the audience. I didn’t let the family come up with their own spontaneous questions, ‘cause knowing a couple of my aunts, I think Taylor and Courtney would’ve wanted to keel over and die.

Taylor and Courtney each had a tablet of drawing paper and had to write their answers large enough to see. If they both wrote the same thing, voila! They got a prize. If they didn’t win the prize, well, there was a super easy bonus question at the end for them to have a chance to win them all. In my next life I kinda wanna be a game show hostess. 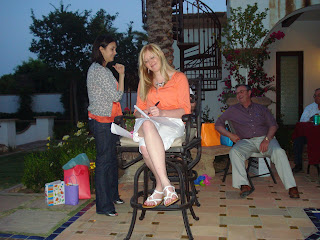 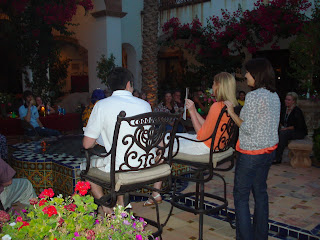 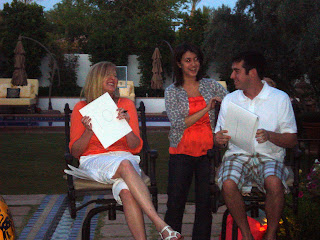 Best question: Taylor and Courtney, on a scale of 1 to 10 with 1 being terrible and 10 being amazingly awesome, how would you rate your first kiss (as read by my grandmother).

My brother gives it a 0. Yes, a 0. He says the first time he tried to kiss her she turned him down. Ha. 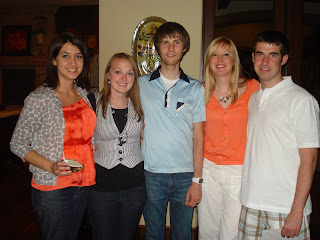