Matt, Katrina, Kerri, Tim and I hadn’t all been together since summer 2006, when Tim, Kerri and I rented that ridiculous shiny blue PT Cruiser and drove from DC to North Carolina to visit Matt and Kat in their new place upon their return from Denver.

It was time to all get together again, and what better place than Chicago, the birthplace of Crate and Barrel, to which we owe our friendship. We met in the fall of 2003, all early twenty-somethings, mostly starting our lives after college with no solid plan or job prospects (and that means you get a job in retail until you figure things out). Kerri had been at the DC Crate and Barrel store for awhile, Katrina started a week or so before I did, with Tim coming on board shortly after, and Matt joining just in time to manage the Christmas department. The five of us became fast friends and clearly the best department managers Crate and Barrel has ever seen. We worked together, happy-houred together, had sleepovers, had that one crazy night that we didn’t want the other store employees to know about but Kerri blabbed to everyone anyway, commuted together and have since traveled together many times and even had a marriage in the group!

We descended on Kerri’s house since she now lives in Chicago (and still works at Crate and Barrel), Tim coming in from NYC, me from Phoenix and Matt and Kat from Raleigh.

I’d never been to Chicago and had only heard good things. Except that in late March it was still freeeeezing outside. Like temps in the low 40’s. I don’t do 40’s. How do you pack for that when all your socks are in storage, you wear flip flops as your walking shoes and your winter coat hasn’t seen the light of day in 2+ years? I was concerned but managed to fill a suitcase anyway. I have clearly lost the art of being warm AND looking cute at the same time. But function over fashion. 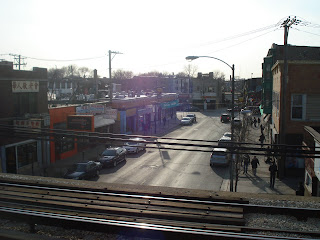 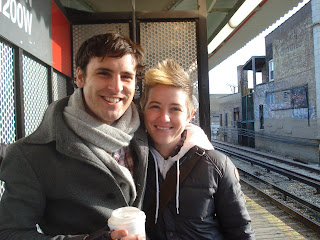 Tim and I arrived at Kerri’s Andersonville abode on Friday afternoon and we set out to explore the city. We were under rules from Matt and Katrina that we couldn’t have too much fun just yet, since they weren’t arriving until nearly midnight. We headed down to the Mag Mile, freezing in the shadows of the buildings and the wind. Nothing like some Ghirardelli hot chocolate to make that all better! Dinner was some amazing warm pho near Kerri’s Asian-filled neighborhood. And finally, Matt and Kat appeared, cold and a little tired. We settled in for the night on air mattresses, with the crazy cats jumping all over. I love Lynx and Tegan, the coolest cats ever. 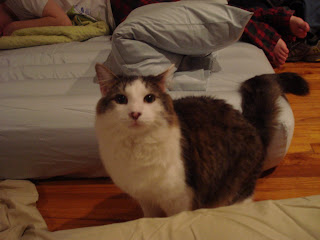 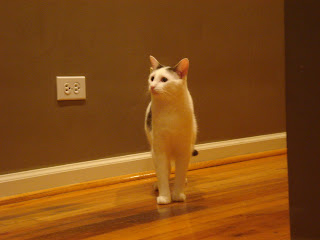 Saturday started the tourist activities. We jumped on a bus to head downtown and take in the sights along Lakeshore Drive. We shopped, went to the top of the Hancock building, took shelter from the cold and went bowling, had amazing deep dish butter crust pizza, and got competitive over the dumbest game ever on our iPhones Whack-a-mole. 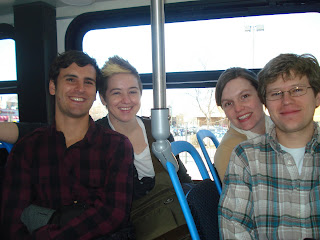 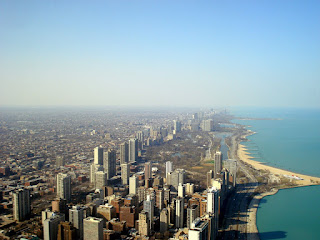 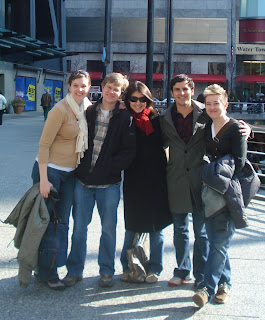 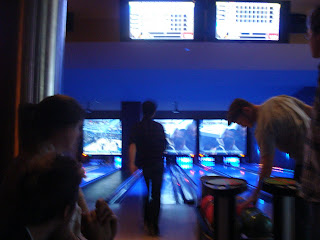 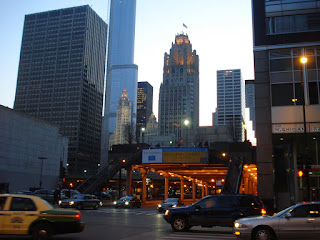 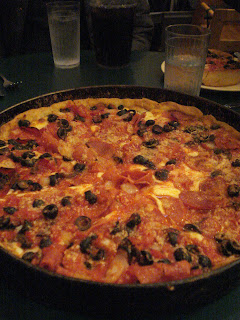 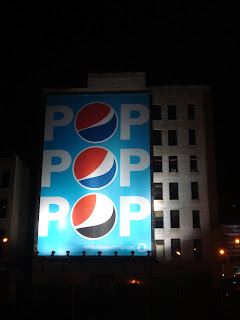 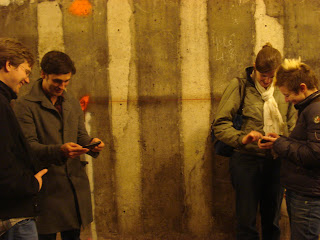 Sunday morning brunch at Tweet was amazingly delicious. Biscuits and gravy, mmmmm…. Totally worth the wait. After food we crammed 6 of us (adding Kerri’s friend Erika to the bunch) into a Zipcar and took off for the Frank Lloyd Wright home and studio in Oak Park. I am lacking in my FLW knowledge, and this was an excellent place to start. He lived here early on in his career, designing every bit of the house and furniture, along with a few homes in the surrounding Oak Park neighborhood. Pretty impressive stuff.

On the way back to Kerri’s we stopped at a Crate location where another former DC Crate coworker now works. She about fell over when we all came in – blast from the past. 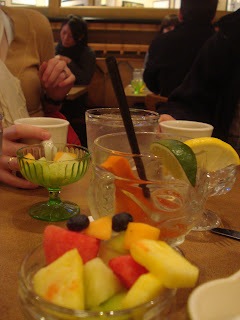 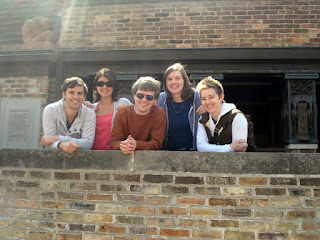 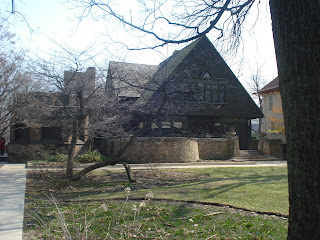 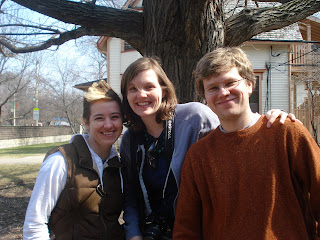 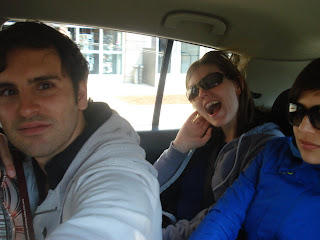 Matt and Kat took off Sunday afternoon – such a short trip for them! And stupidly, why oh why, did I book a flight leaving Monday morning at 6am? Maybe I felt that I needed to be at work Monday morning or something. I slept til 3am, bundled up, filled with dread and headed to the train to begin the long subway ride to O’Hare. I’d forgotten how much I love being on public transportation late, late at night. Even though the hours between 3am and 6am are the worst hours of the day, I actually didn’t mind it so much. And thank goodness for the heat lamps at the outside rail stations! 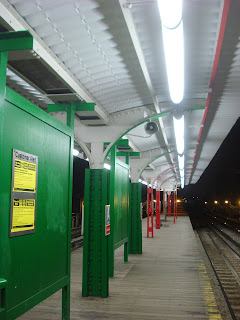