Best Birthday Ever. No, really....

Let's step back in time for a minute here and pretend that I'm not 30 yet (gasp!).  Let's take it back to 2009, when I felt like I needed to plan the best birthday ever to celebrate the last year of my 20's.  It was a success and now I am doomed to never top it.

The idea start formulating in my little head when I realized that the band behind the best album of 2009 would be performing at the Greek Theater in LA on my actual birthday.  Awesome!  I should so go!  Except that my birthday fell on a Wednesday, right smack dab in the middle of the week with little chance of having an extended weekend extend quite that far.

However, when you know Karen C, you know that she's always up for travel.  Especially after getting laid off right about then.  A cheap Southwest flight to LA on Wednesday morning and we were off on a great 24-hour adventure!

I told the guys at the Avis counter that I needed a Mustang Convertible to drive for the day since it was my birthday and nothing less would do on our 24-hour adventure.  They were so excited about the idea of a crazy 1-day adventure in LA that they almost asked if they could tag along once they were off work.  A few signatures later and after browsing the lot for my choice of car, we drove off in a brand new 2010 Mustang. 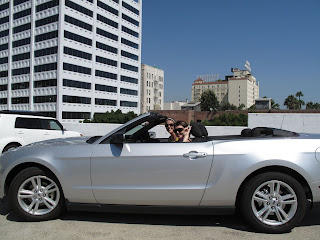 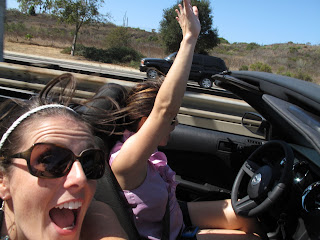 We had so much fun on the drive into town that a hot man in a jeep offered to take a photo of us with my camera at the traffic light.  We politely declined, but followed hot man into Hollywood until he turned off. 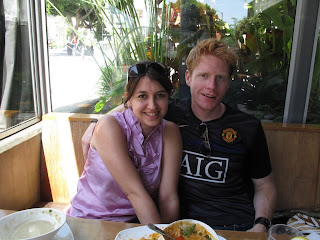 Next stop - Venice Beach!  To people watch, get a tan, etc.  There is never a dull moment. 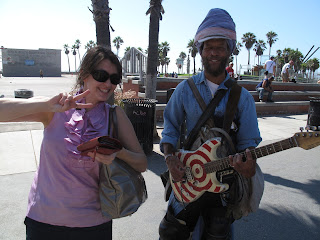 One thing I did not expect to do on my birthday - change clothes in a public bathroom at Venice Beach.  I tried really hard not to touch the walls or the ground or anything else around me while I maneuvered in that tiny box. 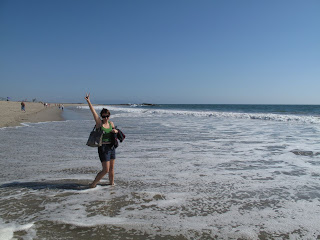 The day at the beach was pretty perfect, better than even a mid-summers day!  The water was the warmest I had felt in months; if I were to ever attempt actually swimming in the cold, cold ocean, September is the best time to do it. 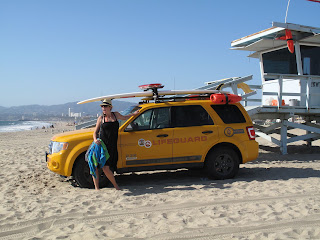 Proof of the constant entertainment - a mariachi band and Dwight Howard, just hanging out.  There were also a few mimes in the background.  Hard to beat that combo. 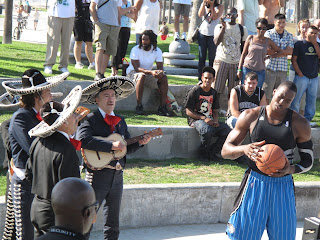 Next stop,check into our Marina del Rey hotel, quick shower and clothing change before our dinner reservations at The Bazaar.  Story behind the Bazaar - my favorite Spanish chef Jose Andres operates many a restaurant in DC, including my favorites Zaytinya and Jaleo (I still must visit Oyamel and Cafe Atlantico!).  He's a charming man who packs a fun food experience.  I'd heard about opening the Bazaar in the SLS Hotel in Beverly Hills, and after the Washington Post food critic gave it rave reviews, I knew I'd have to get there. 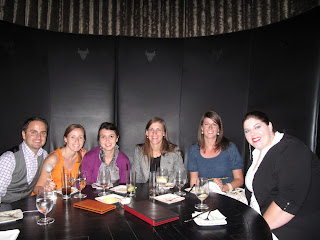 I assembled some of my favorite LA people from various stages of life, who battled mad traffic to try and make a 6pm dinner. 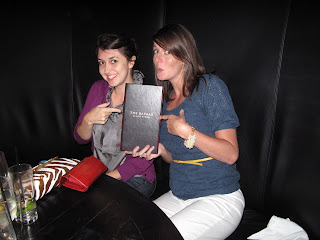 We ordered many, many dishes (I won't tell you how much the bill was), including this beautiful warm fig and jamon dish below.  Every bite was a moment to savor.  Their version of a Philly cheesesteak is the best thing I've ever tasted - Air bread, a creamy cheese spread, and Wagyu beef!  Jason had the cotton candy covered foie gras, and the sweet potato chips with a yogurt sauce was also delicious.  Needless to say, I've been back here twice since my birthday. 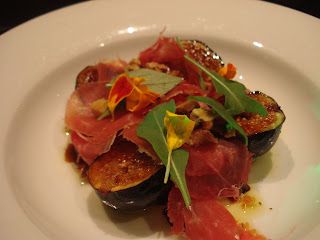 The version of Spanish tortilla (the potato, egg omelette that's the staple of Spain) here was a creamy mixture of potato froth served in an eggshell.  I was a sucker for the presentation. 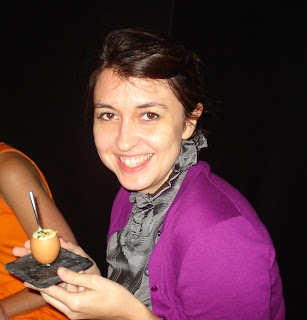 Dinner started late and ran a little late, but we had a concert to get to!  Sadly we missed the opener, Metric, which Karen was particularly bummed about since they share Canadian roots.  But we made it in time for Phoenix!  The drummer nearly stole the show and I was completely in a trance during Love Like a Sunset.  A great ending to an amazing day. 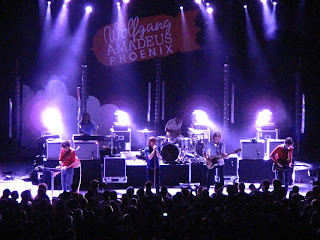 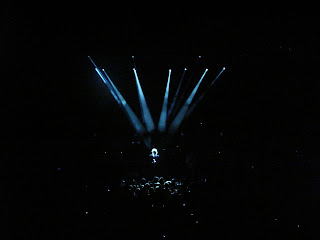 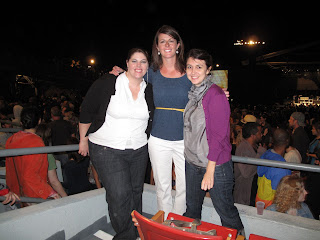 We started the drive back to the hotel, but the long way.  Karen had never really been to LA proper (Orange County is her playground) so we did the Hollywood, Sunset Strip, Beverly Hills, Westwood tour on the way back.  Top down, heater on, Ryan Adams soothing us into reflextion.  Quick stop at Diddy Riese for dessert before 3 hours of sleep and a 5am wake-up call.  We returned the car to the same Avis guys who gave it to us and gave them the run-down of the best birthday ever.  Seriously - any ideas for topping this?  I don't think I quite succeeded in 2010..... 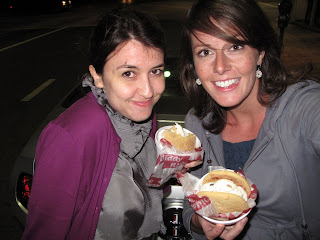 Yeah, I gotta agree, that WAS a great birthday. So glad I could tag along for the adventure. Maybe next year we'll top it in Europa, yes?

Okay, I am glad you are back in Blogger land - cause awhile ago I wanted to link to your recap of my birthday....and it was gone! But alas, yes, we CAN top that in Europe!!