After our Vegas trip, C-squared and I decided to go to Cali for New Years with his two best friends, Aaron and Erin (who are cutely married to each other - and since C-squared and I are no longer, I do miss hanging out with A and E).  I have many friends in Huntington Beach, they have a good friend in HB (conveniently living around the block from my closest friend here), so New Years Eve shaped up to be okay.

Tim and I had let the tradition of traveling abroad over NYE slowly pass away.  There was Paris/London.  Our cheap Caribbean adventure.  Belize and Guatemala.  Mi pais, Espana.  And nothing this year, since we now live on opposite sides of the country.  I'm sure we will resume at one point, at least I sure hope so.

Anyway, back to the California roadtrip.  We drove out one afternoon to spend the weekend at the beach, which is always okay with me.  New Years always has me feeling obligated to go out and do something big.  And maybe I felt like doing that, but with C-squared sick and lots of Tivo'd movies and TV to catch up on, no one else really felt like doing much.  Not that there was a lot to do in HB (or maybe there was and I just didn't know).  We met up with my friend Becca, her boyfriend, her roommate, and wandered the streets of HB until we found a restaurant that was open and had available seating.  We were home by midnight and watched a sad Dick Clark countdown the arrival of 2010.  Riding beach cruisers and great weather rounded out the weekend. 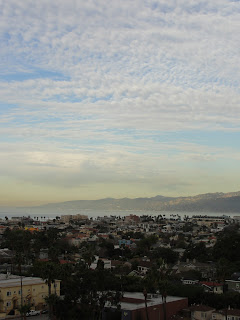 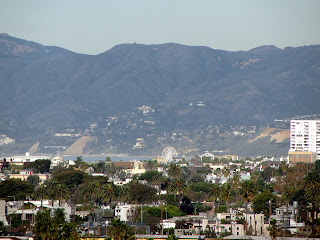 Two weekends later I was back in the Cali scene.  My dad attended a conference in Santa Monica that ended on Friday, and he decided to stay the weekend.  I went out to spend time with him and play tour guide a little bit.  We had dinner in Culver City with his friend Laura and her husband, who are two of the most fascinating people I've met in a long time.

We spent Saturday visiting a couple of my dad's clients from Oklahoma who now live in the LA area, including a lovely 90-year-old woman who lives in Rancho Palos Verdes.  We spent the rest of the afternoon in Huntington Beach, trying out the new cameras we got for Christmas.  Dad had never been down that way, so it was fun showing him around one of my favorite little beach towns. 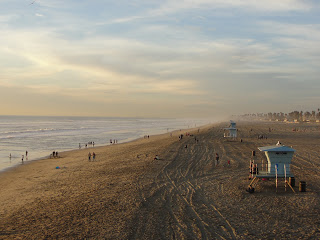 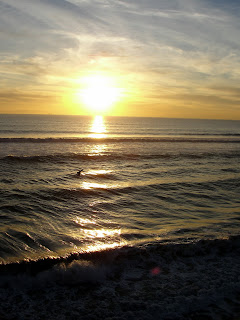 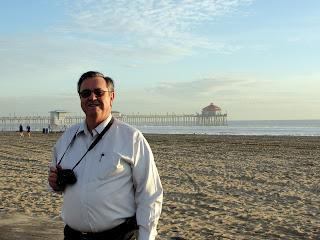 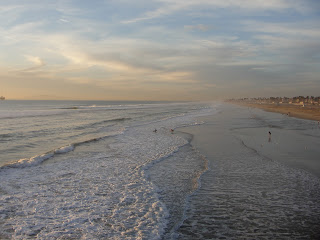 After our OC exploring we headed back up for dinner at Manchego for some Spanish food, another thing my dad hasn't had much of (when you live in small town America, imports from Spain aren't high on the availability list).  I can always eat some jamon and queso manchego and reminisce about my vida espanola!  I think we ordered about one of everything on menu and sampled it all.  Dad caught a cab to the airport early on Sunday morning and left me sleeping in before my drive back to AZ.  He knows me well - me, wake up early?  Not a chance....
- November 14, 2010