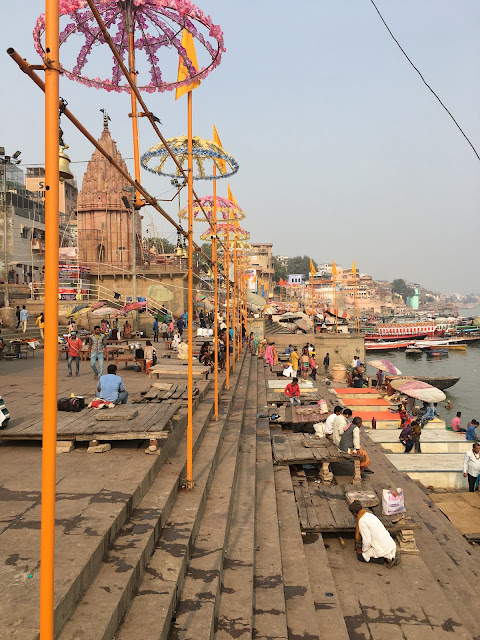 With my impending layoff + a solid severance package and savings, I had grand plans of finishing work in late September, then Anthony and I would wander around SE Asia for 3 months or so, coming back in January to find new jobs. My last day of work kept getting pushed out, and finally I agreed that end of November had to be it. That threw off the 3 month plan, especially because in October a dream role opened at a company I'd had my eye on. I applied, interviewed, and was quickly offered a new job. I had to take this job, so I scrambled to get some trip in place while I had a break.

Tim and Nestor have been in India with the State Dept, and it's usually been tradition that I visit them wherever they are. I'm still kicking myself that I didn't get to Tel Aviv while they lived there. I quickly emailed Tim, told him I could come, and voila, things happened. Anthony wasn't able to get off work for 3 weeks, so I left him behind. Sorry, husband. 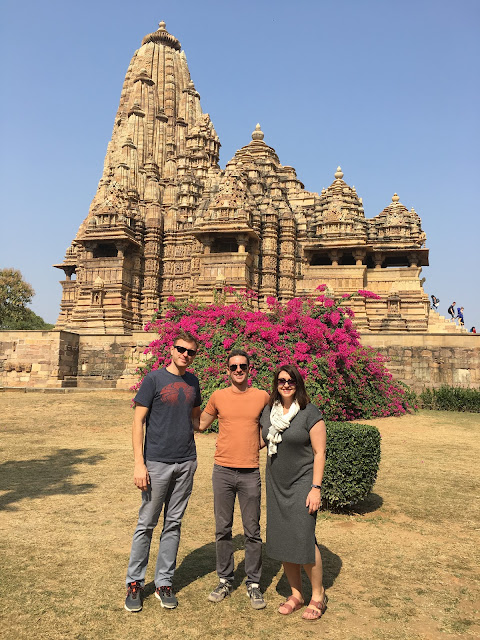 I've had mixed feelings about India - it's very far away, logistically challenging once you're there, and it can be loud and chaotic and crowded. However, if you're going to call yourself a world traveler, I feel it's a place you must go. It's the world's largest democracy, it's full of culture and color, and it's got the Taj Mahal. Since I had three weeks, longer than usual for a vacation, I might as well go all the way there. Plus having Tim and Nestor there made things easier. Good timing.

I booked a flight in and out of Delhi on Emirates (not too bad a price for last minute) leaving the week of Thanksgiving. I also had to apply for a visa. Thankfully, India does eVisas, so you can just get it online. Mine was approved within 48 hours. However, it's not a super clear what you need to print and bring with you to India, so I had to spend a bit of time researching on the internet. Don't print the email you receive back and don't print the obvious website page with the approval. Dig into the website and find the thing with the bar code + your visa photo. That's what you need to bring. It's not very straightforward. There are also lots of scam websites that offer e-visas, so make sure you get the right one! 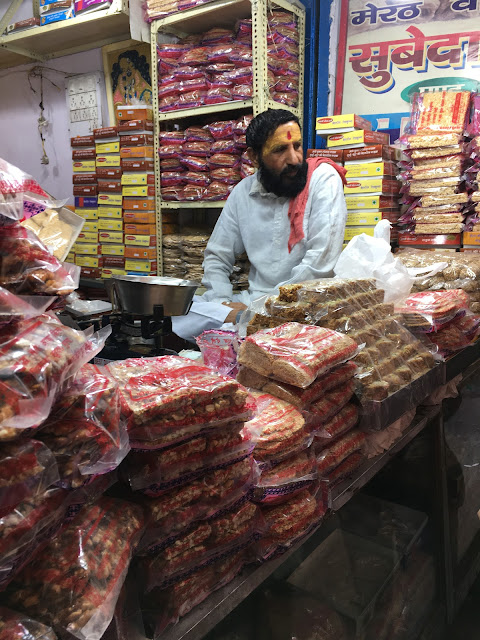 Tim and I traded a few emails on what I should see while I was there. Luckily he and Nestor already had a 5 day tour booked during the week of Thanksgiving, so they added me on to that, and the rest I figured out myself.

I really debated booking a private tour for the whole time I was there, so that I could see everything I wanted to see and not have to worry about getting around. It would be easy. But after contacting a few companies, none of them seem to offer any deals for solo travelers, and I figured it would get awkward with me and a driver together almost 24/7 for a couple weeks. That didn't sound fun. It also wasn't feasible to get a friend to join me last minute.

Also you always read about people taking trains around the country because it's cheap and part of the experience, but that also didn't seem great. I wasn't game for a 13 hour train ride that sometimes is delayed for fog. I really didn't know what to do, because I consider myself a very independent traveler and usually book everything myself. But India is a different place, and tours are kind of the way to go. I'm not in backpacker mode anymore - I'll pay $$ to have a good experience! 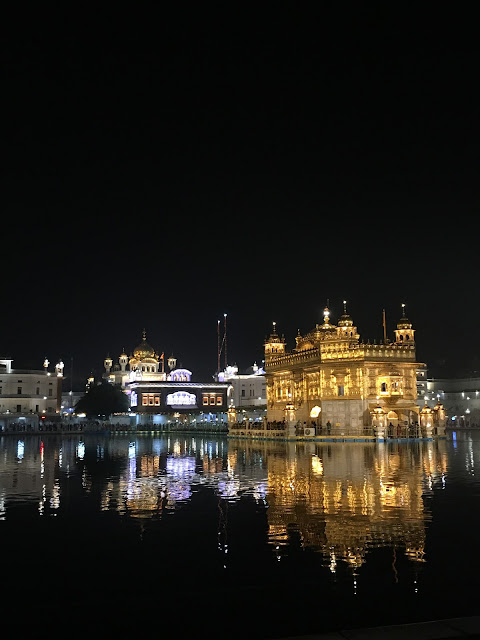 I'm really happy with how things turned out though. For the first week, I met Tim and Nestor in Delhi and joined them on a private tour. It was just the three of us, and we had our own drivers and guides for five days. We booked our own hotels (I had to book my own last minute, since they were already set) but otherwise everything was handled for us. Guides to put us on the right train, pick us up in another city, drive us around, tell us about sites we visited. It was nice, and a good deal for three of us. If I return with a small group of people, I would definitely do a private tour.

After that, I traveled on my own for a few days. I booked my own hotels and flights. There are several budget airlines around India and they're great. No need to take a train if you don't want to. And road trips aren't really efficient. Fly! IndiGo, SpiceJet and Vistara were all solid. I booked all my flights through kiwi.com, which I'd heard about from a travel blogger. They offer an easy way to search budget airlines and do a lot of one way flights, which I did as I bounced around India. They also have a guarantee that if your flight is delayed or cancelled, they'll move you to a new flight or give you a refund. I did have to use this at one point. They also gave me a 10 euro credit for food, which is awesome. I wouldn't hesitate to book with them again.

While traveling alone, I booked some day tours so I wouldn't be walking around alone. This is also a great strategy. Some ended up being a private tour - me with a guide - and some were group tours where I joined others. I have some great recommendations from those cities on which companies to use.

I didn't want to be alone for too long, and I managed to find a group tour with Intrepid Travel that was specifically for solo travelers. This tour covered the classic Golden Triangle area of northern India, so I would do all the must-haves after my own choice destinations. I really loved this tour and would book with them again. I worried that it would be full of young backpackers, but it was mostly a 30/40-something crowd and we all got along splendidly. I loved getting to know a handful of other people from around the globe. 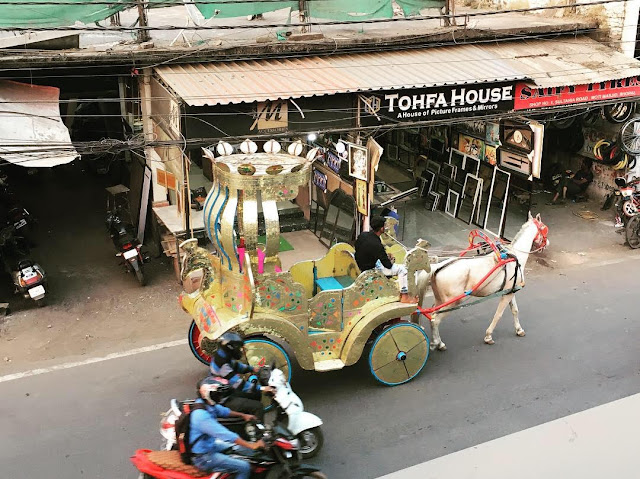 After the group tour, I flew down to Hyderabad to visit Tim and Nestor in their home city for a few days. Great way to end the trip in a quiet place, catching up with them again. I had to fly back to Delhi to catch my flight home, and I had quite the goodbye crew from American Express coworkers from the Delhi office who took me around my very last day.

I also struggled with what to pack/wear on this trip. Even though it was November, it would still be fairly warm around most places I would visit. I could get away with anything in Delhi, but smaller cities are definitely more conservative. It seems in India you can get away with showing shoulders/midriff, which is not okay here in Utah. And while shorts/skirts to your knees work here, showing off legs/bum in India isn't a good idea. They often wear long, loose tunics and leggings. So what to do? Luckily Old Navy had major clearance going on with summer items - I found two long flowy pairs of pants, 2 flowy jumpsuits (but heaven forbid having to use a squat toilet with those), 2 long skirts and 2 long dresses. I didn't particularly love the style of a few of those things, but it would work. I also packed scarves to cover my head, just in case it was needed. And sandals to slip off easily, since almost every area of town had a temple and required bare feet. I took my large backpack, since I didn't want to roll a suitcase through a dusty street, and that was a great idea. No room for them either, between people, bikes, cars, cows... 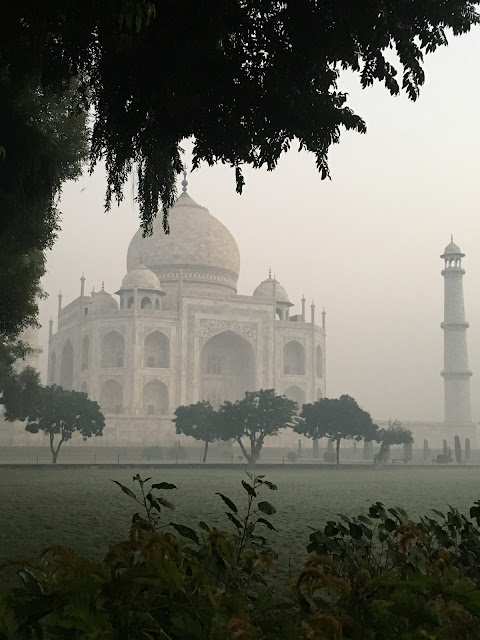 As I complete my blog posts around this trip, I'll update the links here. Three weeks was a good chunk of time, and I crammed a lot in!