But before I went out of town, my friend Anne hosted a lovely party for me in Phoenix, so I could celebrate with lots of people, which was also awesome.  Anne had just moved back to Phoenix from DC (where we originally met) and immediately started doing what she does best - cooking and party throwing!  Since she didn't know too many people in AZ yet, and it was my birthday, I was in charge of the guest list.  Little did either of us know, she was going to meet her future husband at this party. 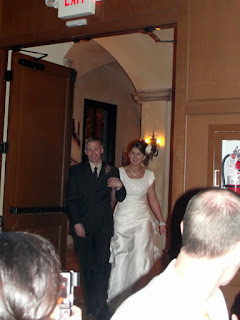 So yeah - back in February I had the honor of attending her wedding to Dee, who is awesome, and I am happy that I was able to introduce them and watch them start dating and fall in love and all that sap.  New LA friends - maybe one of you will meet your future spouse if you come to my birthday party next month. 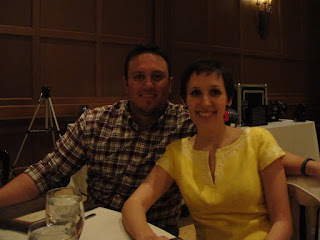 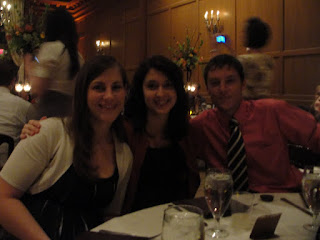 Rebecca came in from Cali, we dragged Scott out of his hiding hole, and we had delicious desserts made by my friend Linda, who is a pastry chef.  She put together a cheescake bar, which tastes way better than most wedding cakes.  She also did mini desserts on each table.  Yum! 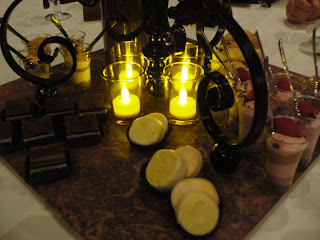 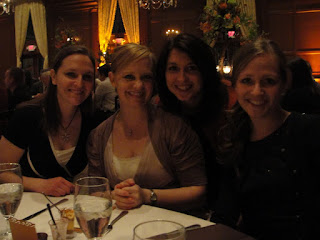 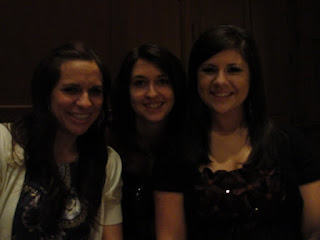 These pictures are kind of terrible and dark, but we all looked good - promise. 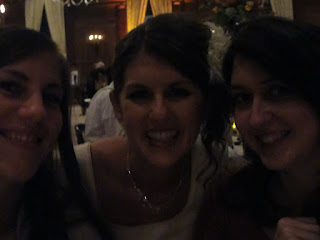 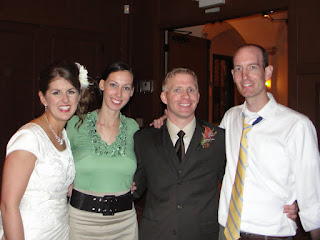 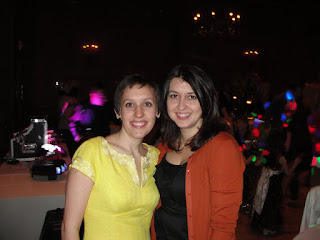 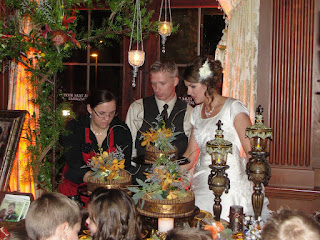 Okay, and now for the most entertaining thing I've ever seen at a wedding reception - the craziest DJ ever.  The bride's sister works in the wedding industry and says this guy is the best DJ - I definitely couldn't stop watching his antics all night.

He showed up in a dark suit - normal attire.  But soon, the jacket came off and the tank top came out.  And he jumped on a table and led us through some cheers.  When I say hey, you say ho - hey! hoh! hey! hoh!  And then he put on colorful conga sleeves (like this) on his arms and legs, and grabbed a long ribbon to throw around the ladies and move it around their waist to make them shimmy.  Um, awkward? 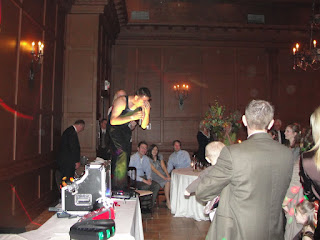 Soon enough, I saw him crouched down behind the table, putting on his Elvis gear.  He then walked around the room, serenading us and promoting the slow dancing. 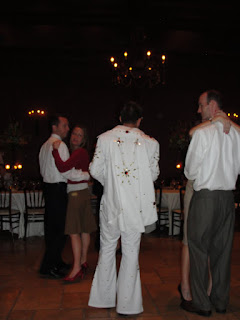 And now for the most awkward part of the evening (and definitely the most entertaining thing I've ever seen at a wedding, we did the standard bouquet toss, but then 3 of the single guys had to stand in a line, put a basket harness around their waist, which had a ball attached to a rope, and then they had to swing their hips and get the ball in the basket, all while Great Balls of Fire plays on.  I shall not name who is in this video, for their protection.  Good thing it's mostly dark, for their pride.