February is one of the absolute best months of the year in Phoenix, when I really did love living there.  Except this particular year, it was cold!  Every Feb I've headed down to the Phoenix Open (I still refuse to call it by its full name) to watch some good golf and have some food.  A coworker of mine always ends up with tickets to a corporate tent, so we'll go on the day of the Pro-Am to see some celebs play golf and hang out.

This year we drove up around lunch time into the parking lot, only to hear announcement that the greens were frozen and golf was cancelled for the day.  What?!  Crazy.  However, tents were still open, so we ventured in for food and thankfully most tents had heaters.  As you can see, the view was nice, but there's no golf to be had! 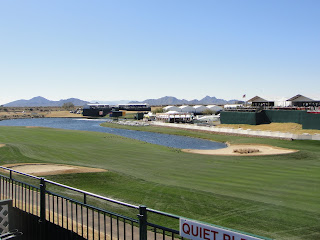 Even if the tourney turned out to be a bust, that's okay, because a couple days later our Crate reunion 2011 was going to kick off!  It'd been a couple years since we'd all been together, and Keri couldn't make it, but we gathered in Phoenix to reminisce about the glory days of working retail.

I had MCB come to Phoenix that weekend for his first AZ trip, so that he could meet my favorite DC people.  He arrived, a few hours later Tim arrived, and the next morning Matt and Kat arrived.  Good thing I live close to the airport.

First stop, a little hike on Camelback!  I never did hike the entire thing while I was there, but the viewpoints were just as good from a little ways down, right? 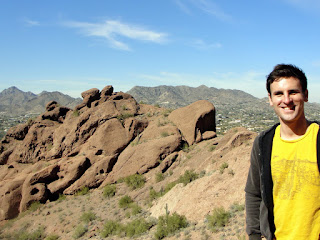 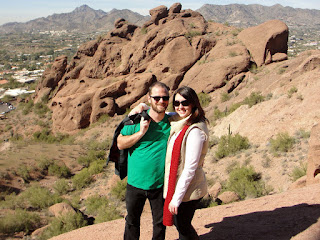 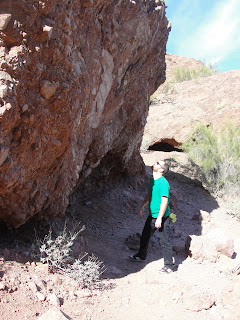 We hit two of my favorite eats, right next door to each other.  Appetizers at Postino, dinner at LGO.  Yum yum, especially with that honey cucumber lemonade that Kat is holding. 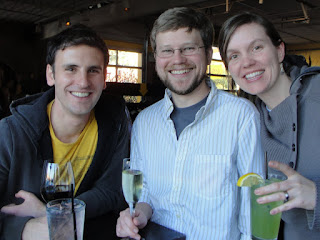 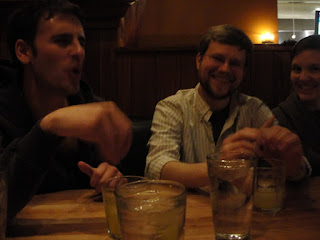 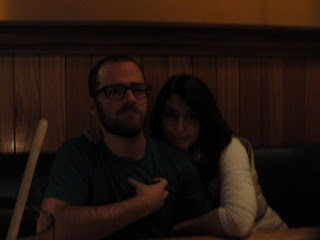 We stayed at Gram's in Mesa since they were gone to Mexico for the winter and had rooms for all of us.  Mornings consisted of slave labor: picking oranges and squeezing them for juice.  They were all tiny and it took about 40 of them for a single glass.  We each got a sip. 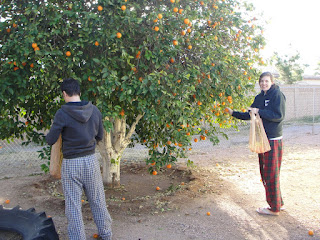 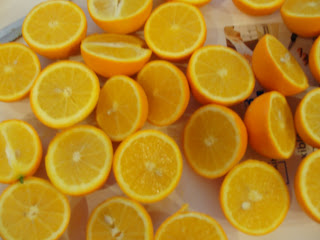 One of our traditions is to visit something that has to do with Frank Lloyd Wright.  We visited his home and studio near Chicago, so this time it was convenient that his winter home was in AZ.  Off to Taliesin West! 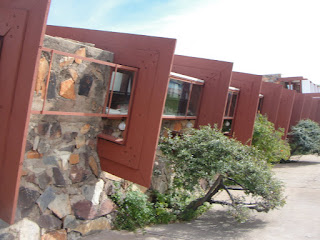 I'd never been, but was really glad I saw the place before I left AZ.  I'd recommend it.  We cheaped out and got the short tour, so we mostly got to see work spaces and theaters.  Nothing of the living quarters.  If I went back, I'd get the longer tour, though what we saw was great! 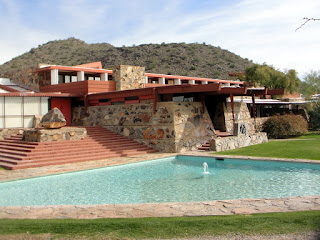 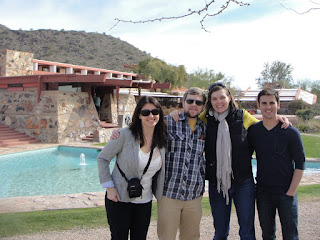 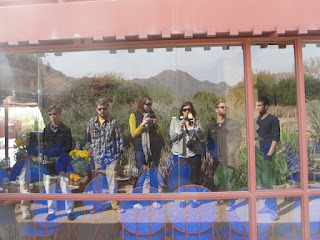 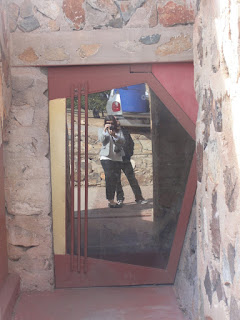 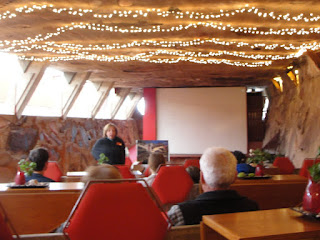 Since the weather was nicer on Saturday, I dragged the gang back to the golf tournament.  I don't think they really got it, but it was lovely to sit on some green grass and bask in the sunlight for a few hours. 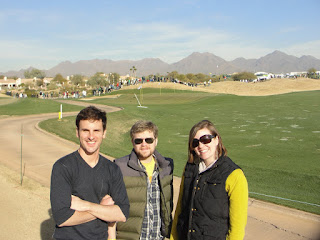 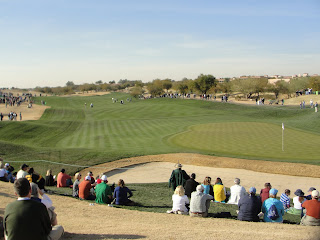 Tim was the first to leave on Sunday, so I took everyone else to another little hike around Papago Park. 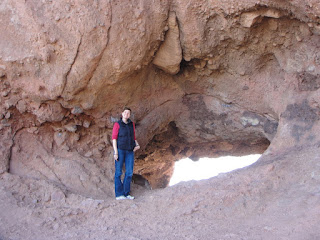 MCB  showed off his rock climbing skills, just like a spider monkey. 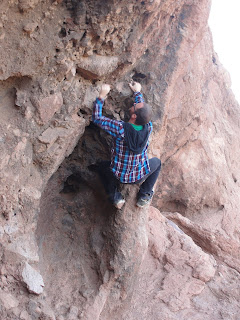 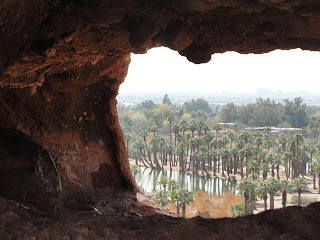 And voila!  Crate reunion complete.  We did miss Keriyaki and playing True Colors, but we'll get them both in at our next reunion, scheduled for Mexico City (Tim's new home) in 2012? 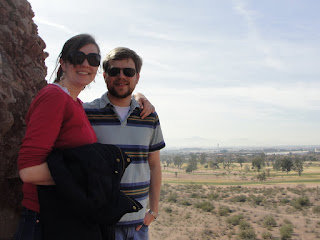