Man, April was a crazy month.  A good month, but I was all over the place. Kinda like this post will be.

A few things on my mind.

A) Starting today, I'm going to attempt to go mostly sugar free for 3 weeks.  That might sound like a halfhearted sentence, but I'm committed.  It means that I'm not drinking sugary drinks (soda/juice) (the occasional DP 10 might sneak in there) nor eating desserts nor candy.  I've noticed that I feel bad after I've eaten that junk.  It's time to listen to my body.  I figure three weeks is good, because doesn't it take 21 days to break/establish a habit?  Oh, and on May 22 I'm flying to Europe and I'm sure I will just need to eat some gelato in Italy or macarons in Paris or something.  But maybe I won't even want them!

B) I'm going to read the Book of Mormon all the way through in the month of May.  I read all of 1 Nephi on planes yesterday, so I'm off to good head start.  For some reason, it just feels easier while reading on my phone.  And I can still make notes and bookmarks and it's all there, digitally waiting for me anytime I want to read.

C) Things that have crossed my mind that I want to know more about:


That's all for now.  Except, did I tell you that I met Gary Lightbody last weekend?  It won't be the last time I tell you.  I have adored him for years.  And I made my dream come true. 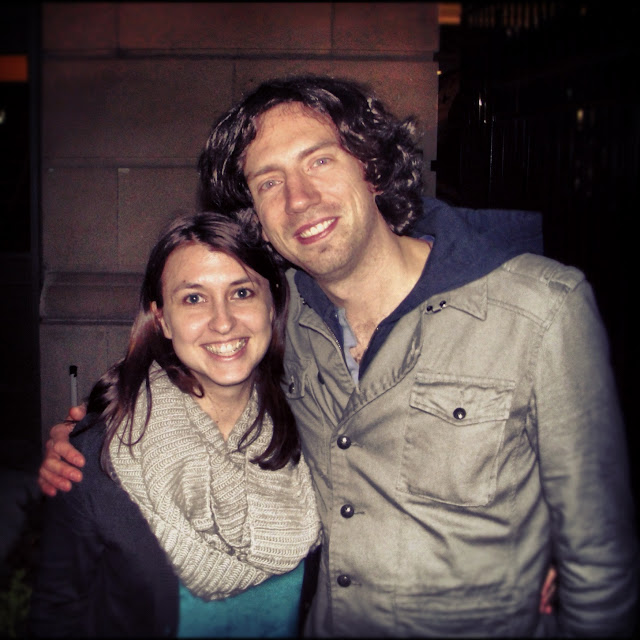 Quite an ambitious reading schedule...I can't imagine reading the BOM in one month. But I do think you understand the movements and minglings of the different peoples better the faster you read i -- my fastest was about 4 months.