The Tulip Chronicles - Back to Utah Part I

Get ready to see a lot of flowers in this post.

I went back to Utah at the end of April, mostly to see Snow Patrol with fam and friends.  Cause why not to go Utah even though the band is playing two nights in LA?  That turned out to be a great decision.

This lady was only one of a few at LAX who didn't have a purse where she could stash her phone. 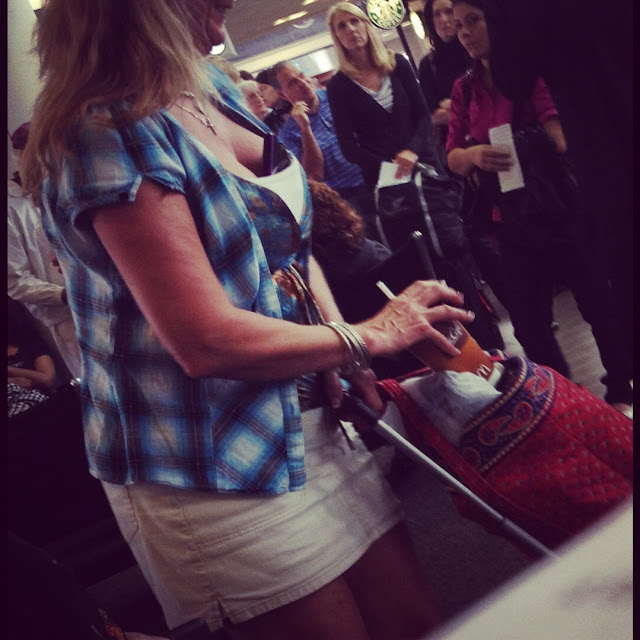 Gosh, why are landing into SLC always so bumpy and terrible?  My plane made it to the ground just as the girl across the aisle puked.  But then I got to see this pretty sky. 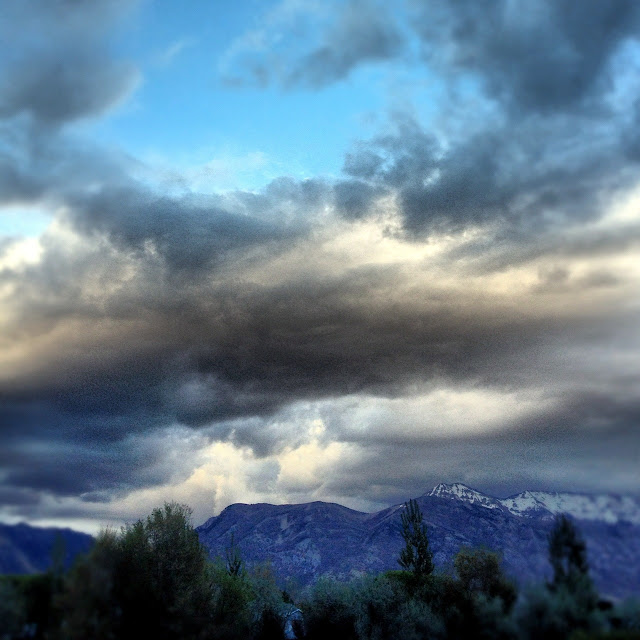 Courtney and I went to the Tulip Festival at Thanksgiving Point.

How cute would this have been?!  I didn't go, but I thought about the potential cuteness overload a lot and how I'd probably push a 4 year old out of the way to hold a baby chick. 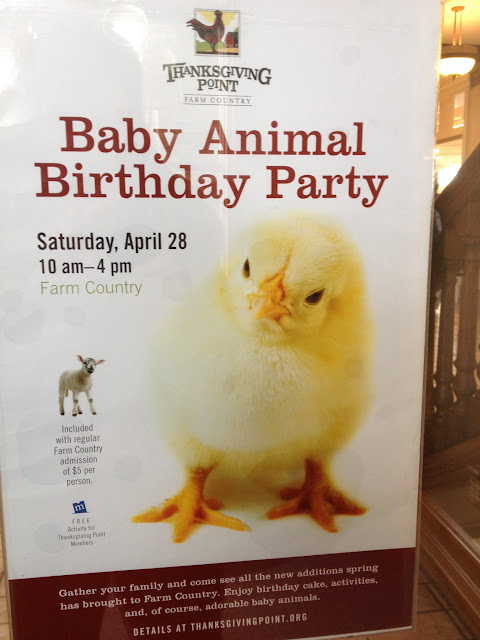 The sky was just gorgeous.  Sunny, but with a cold wind, don't be fooled.  We were bundled up. 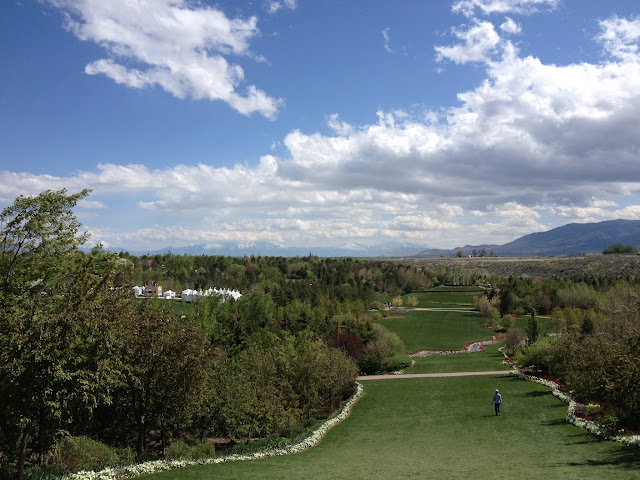 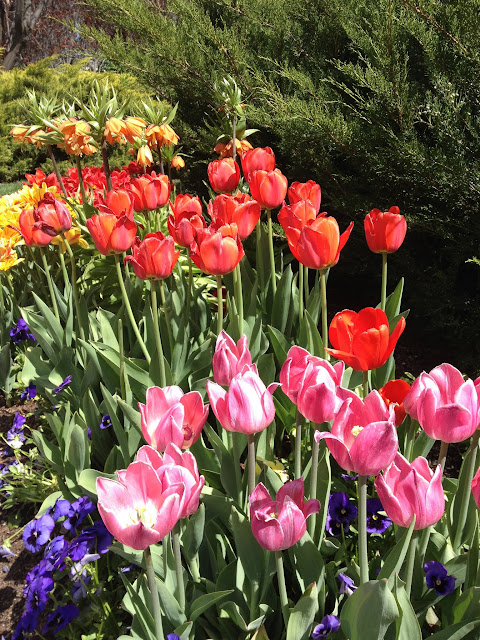 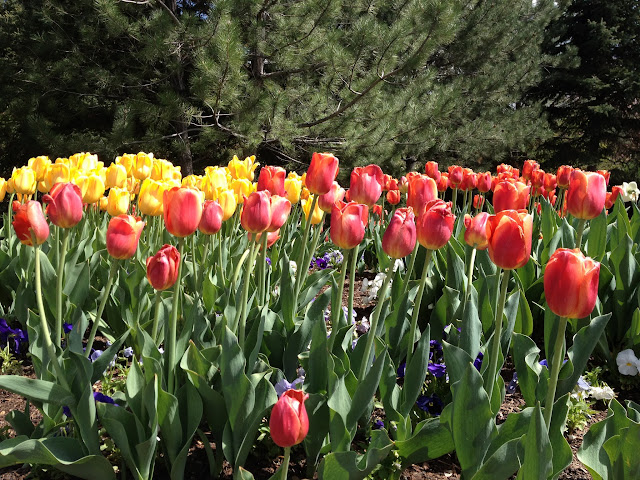 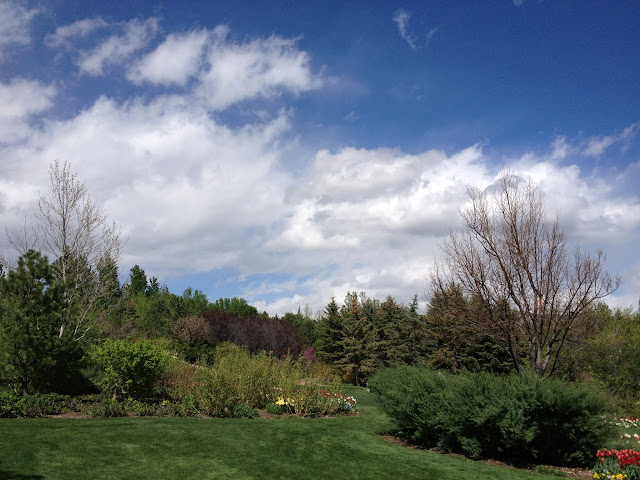 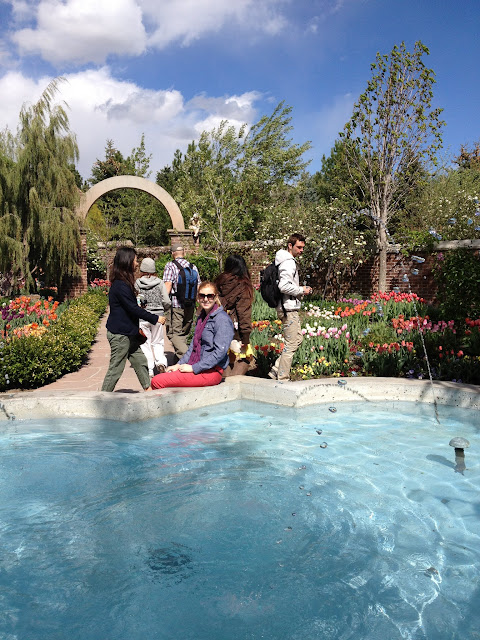 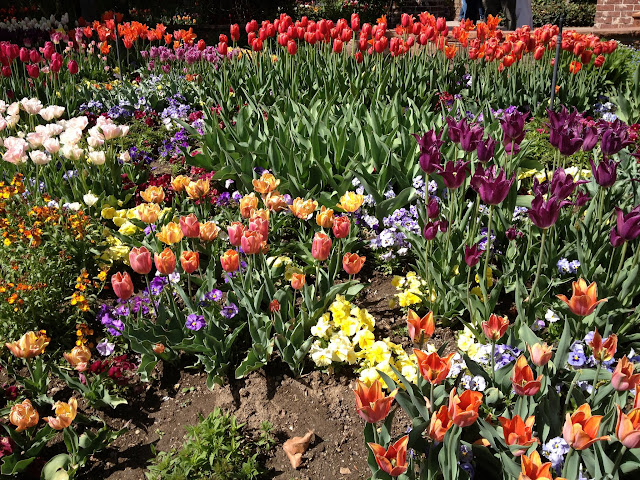 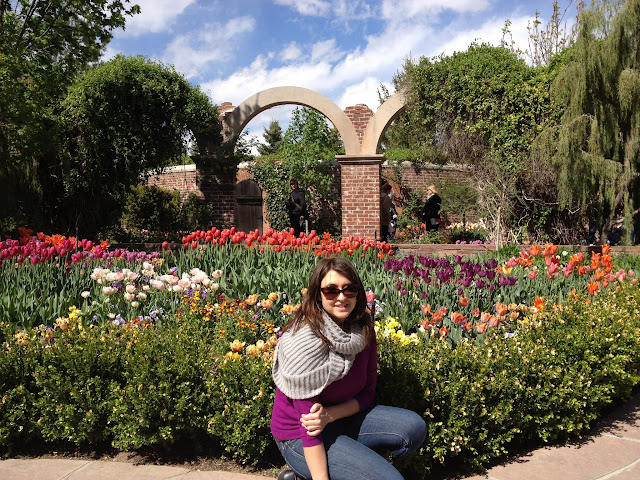 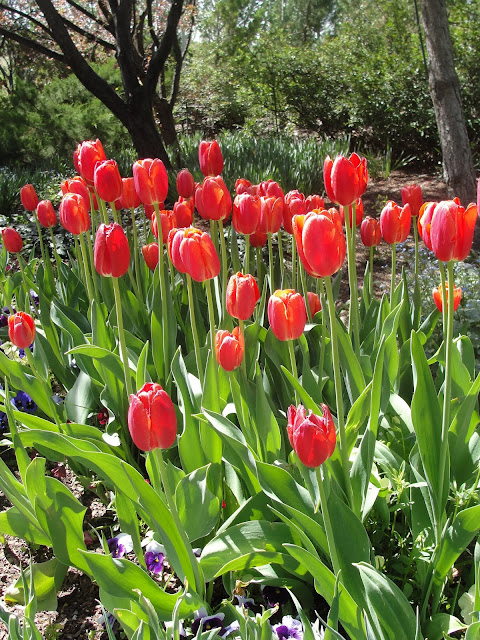 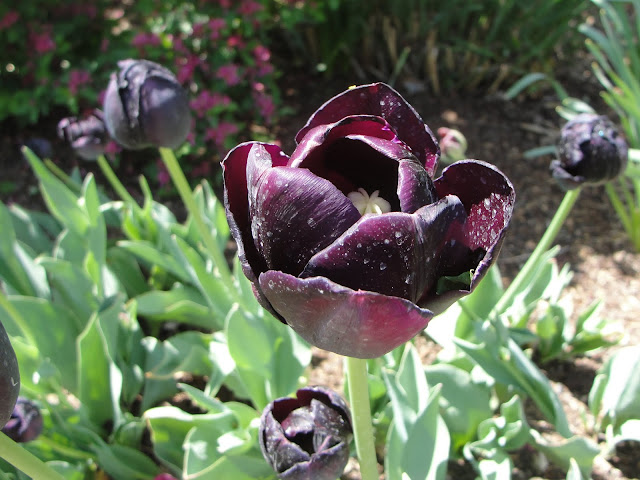 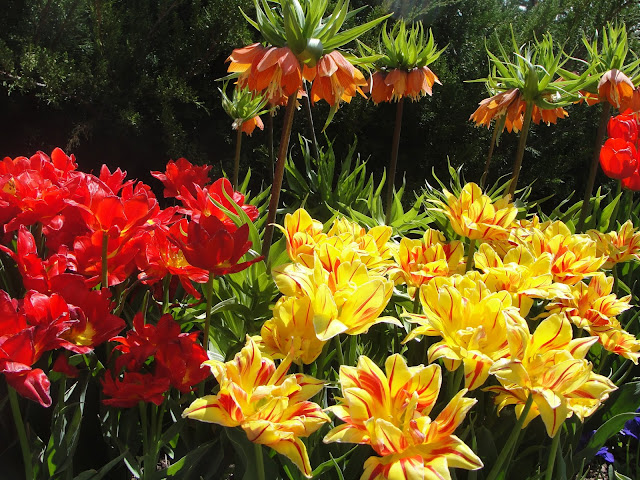 Should've rented a Segway to get around!  Still have never been on one. 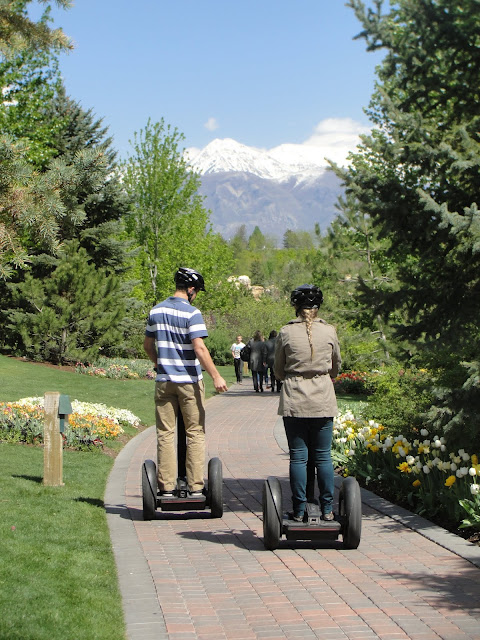 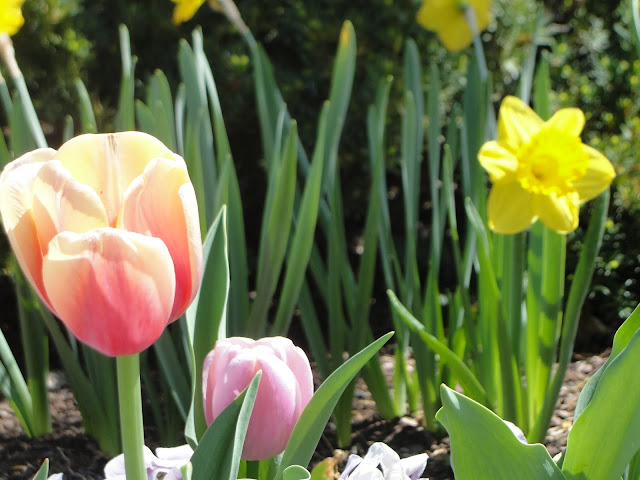 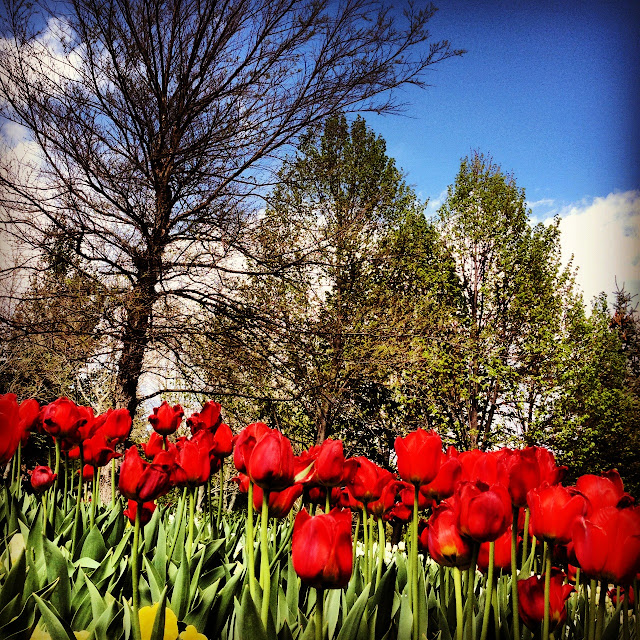 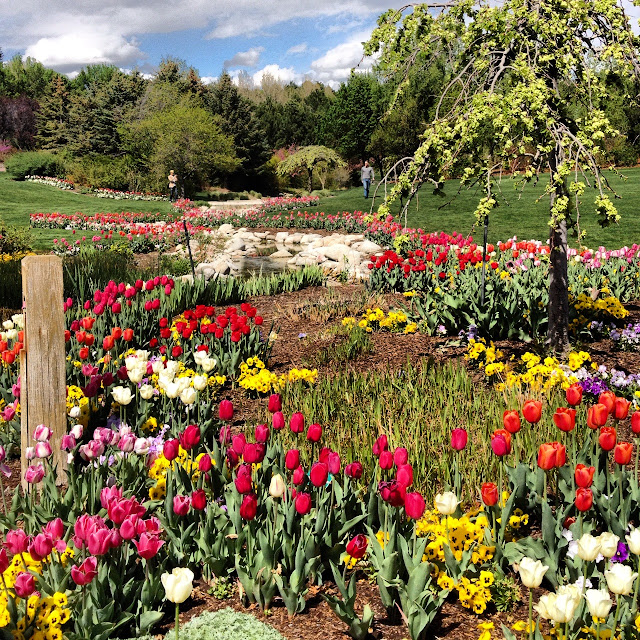 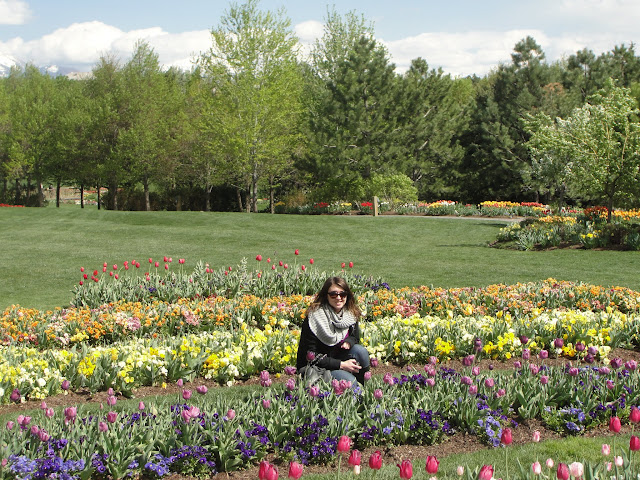 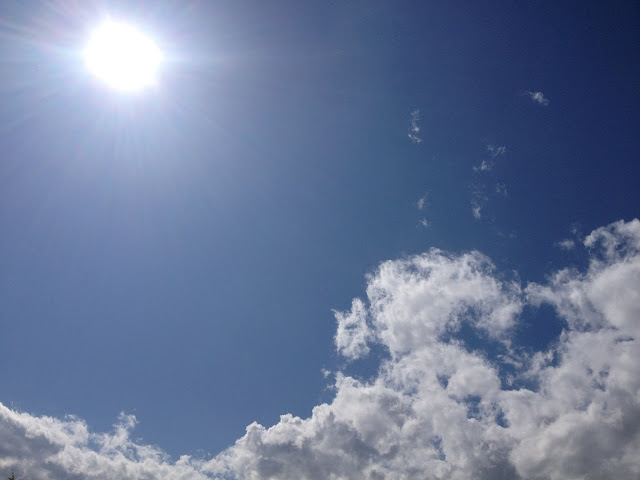 In the amphitheater we happened upon a clogging exhibition.  I was fascinated.  Is this what I would've done as a child had I grown up in Utah? We got hot chocolate and watched for awhile. 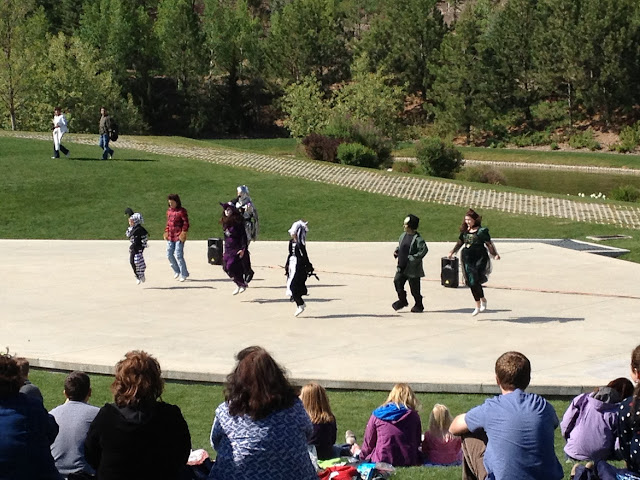 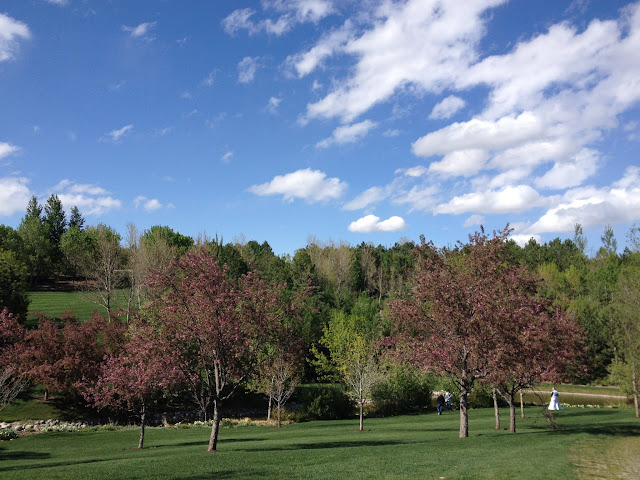 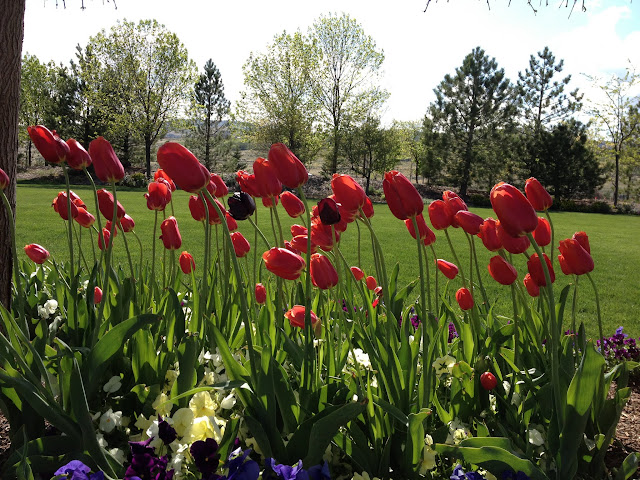 Okay, back home at Taylor and Courtney's house.  This is their backyard. 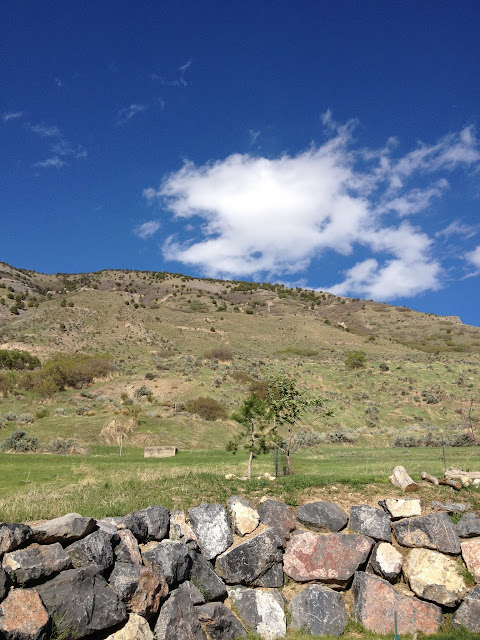 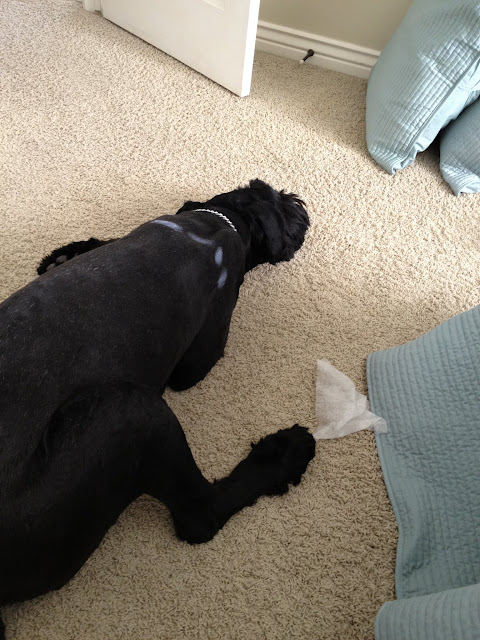