I spent a ridiculous amount of money today. I'm starting to notice a pattern - about every 3 weeks on a Saturday when I have no plans, I shop, shop, shop and drop a couple hundred dollars. This isn't good for the budget, people. I'm enacting a no-clothing rule til Sept 1. My birthday is that month, so I can splurge a bit then. But not before!

AF is out of town for the weekend and loaned us (I speak in the collective now. The roommates and I are married, we are inseparable, we did everything together today.) her car. That meant - dun dun dun - Target! First stop this morning. I really had nothing I needed. I came out with two shirts and pairs of yoga pants for the new gym I'm starting next week. Got a little gift for a friend that just moved back to town. A couple other things I got, in photo form: 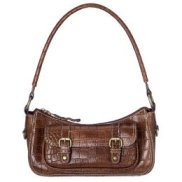 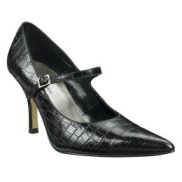 One hundred+ dollars later, we went down the row to the cheap grocery store where I spent another hundred+ dollars. I haven't had a stock of food in so long though, so it's nice to actually have something in the cupboards. No more pasta!

We had to rush home to meet the Comcast man who came to fix our internet. When I called them on Thursday to report our constant outages, I expected the worst service, of course. Surprisingly that wasn't the case. Both people I spoke to were helpful, they scheduled someone to come within 48 hours (even on a weekend) and the technician showed up at the very beginning of the 4-hour timeframe I'd been given. He had us up and running in 20 minutes. They deserve a positive comment card, and I'm gonna give 'em one.

After that we had the rest of the afternoon free. Caro wanted to hit a couple stores downtown, and I needed to return something at BR, so we made our way down there. I walked straight to the counter to return my shirt, not even wanting to look around, no more purchasing, nothing. As I was waiting in line though, my eye wandered over to this super cute green cargo/military jacket on the sales rack. Hmm... I will resist. But of course the salesgirl commented on it. So I tried it on. Along with a super soft brown knit cardigan. Both were marked at 50 bucks, but I decided I'd get enough wear out of them that it was worth it. The start of my fall wardrobe! Luckily the cardigan was actually marked at 25 bucks, so I'm very satisfied with my purchases. But no more!! Someone find me some self-discipline...