September Fun, or the Month I Turned _0

I really kind of dreaded celebrating the first anniversary of my 29th birthday.  And for a short while after, I pretended that if no one mentioned it, it wasn't real.  A few months down the road now, I'm happy to say I've settled into my age and feel good about.  This next decade is going to be great, I can feel it.  No more dumb stuff from my twenties.

In any case, I had a wonderful birthday month that was packed full of really super fun awesome things with really super great awesome people.

I kicked the month off with Labor Day weekend in California, continuing the summer flirtation with MCB.  It's amazing what years apart will kick up, and Katy Perry's Teenage Dream was the appropriate summer soundtrack.  Anyway.... 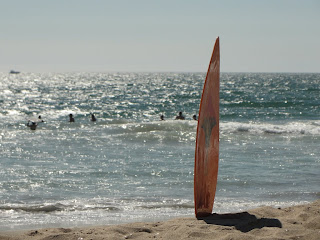 This wasn't just any roadtrip, however.  My traveling companion -  my grandma!  Her sister lives near Long Beach, and the two of them don't see each other as ofter as they'd like.  My grandma doesn't really like to fly, won't drive, and my grandpa is turning into a grouchy old man about driving, so he won't take her.  While I was visiting them in August, I mentioned that I was driving over to Cali, and my grandma got all excited about the possibility of going with me.  She even called the night before our departure to ask if there was room for her sewing machine.  Of course! She even bought me a soda on the way there.  I dropped her off at my great aunt's house on Friday night and left the two of them to quilt and sew all weekend.  Ah, life when you're 80. 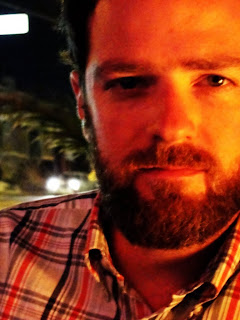 MCB reserved us the fireplace table at his neighborhood sushi joint for our Friday night date, cause he likes taking girls on proper dates.  We spent the weekend at the beach, hung around the crazies in Venice, and stumbled upon something that would cause our first fight while in the nearest mall with a Chick-Fil-A: 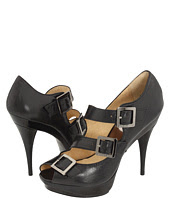 I noticed them while walking through Nordstrom, a beautiful grey (grey is the new black) and kind of fell in love.  MCB, being the sweet man that he is, told me to try them on right then and there.  But I knew I'd have to have them, and they were kind of expensive and he and I weren't totally dating yet and he offered to buy them as an early birthday present, but I couldn't let him - you know, all that sort of stuff running through my head.  So we left without me trying them on.

Wouldn't you know, being the Ms Independent that I am, I decided a week later that I needed them.  So I went to Nordstrom back home, saw a PURPLE pair (aubergine!  amazing!) that were even better than grey, and promptly bought them for myself.  Not even thinking about the fact that MCB would be buying me the grey pair.

Yes - I ruined his birthday present to me; he drove to a mall far, far away to get the correct size and have them express shipped to my house before my birthday.  And I already purchased a pair in a totally different color and messed it all up.

Moral of the story: don't buy anything for yourself around birthdays/holidays, because sweet MCB will always get you what you want.

The very next weekend after Labor Day I went to Havasupai with Karen and company.  This was quite the feat for me and deserves its own post. 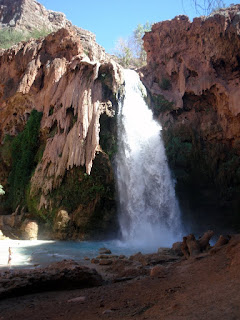 I celebrated my 26th birthday at Lucky Strike in DC, and since it just opened in downtown Phoenix, I decided to have a little gathering with some friends.  Swanky bowling is always a good time. 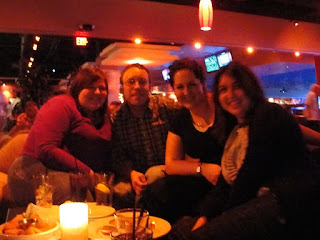 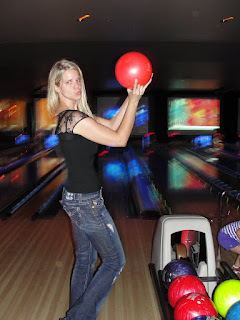 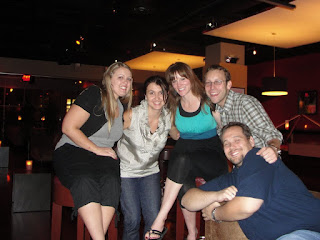 A few days after my birthday, I went to the AZ Diamondbacks game, because my mom had arranged a little surprise for me.  At church I play the organ, a skill I kind of had to teach myself when I got asked to play every week.  After a couple years of playing, it hit me - why not play the organ for a sports team when I'm retired?!  I love sports, the organ is kind of fun, and it could be really cool!  Anyway, my mom remembers that I said this to her once, and she ended up calling the Diamondbacks over the summer and tracking down the organist, Mr Bobby Freeman.  My mom gave me his cell phone number and told me to call him.  He's a super nice guy, gave me four tickets to a game, had me come up and meet him (I couldn't play the organ myself because of all the MLB restrictions), and do the 7th inning stretch up there.  Pretty rad!  He told me all about what you play and when and what his plan is for every game (there's a complicated Excel spreadsheet to coordinate what happens between the organ and recorded music, advertising slots and pre/post game stuff).  When he retires, I told him to call me.... 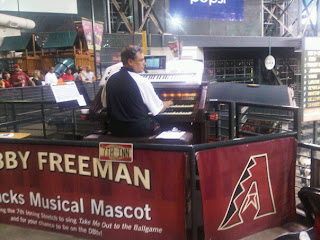 Kiersten wrote a book.  It's now a NY Times Bestseller.  You should read it.  I loved it and had to see her when she came to Tempe for a book signing.  And her sister who just moved to AZ came too, and brought her cute baby.  The two of them are the sisters of these people, also some of my favorites in the whole world.

By this point in late September it had been 3 weeks since I'd seen MCB and it'd be another 3 before I'd see him again.  And maybe we sorted missed each other and wanted to spend the weekend together, instead of just waiting on happenstance to take me to California again?  Good thing for secret rendezvous weekends at a halfway point, Palm Springs. 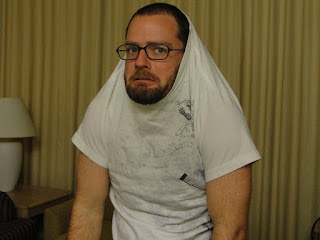 I got another 1000-piece puzzle as a gag gift of sorts, and finished it just before I left for my last Sept adventure - back to DC and NYC!  Birthday present to myself. 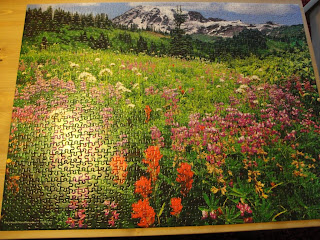 i thought of various things to comment on and all those thoughts went out the window when i saw that picture of him with his shirt pulled up on his head. it makes me laugh.