The rest of my trip in a nutshell.

Megs gave up eating out for Lent, so we did some cooking.  Baking, rather.  There was a lot of spoon-licking. 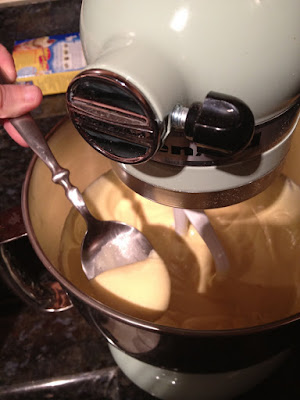 I found out that my old ward has gone high tech with the programs - save paper, scan a QR code instead to see all the Sunday announcements!  PS - I still hate QR codes. 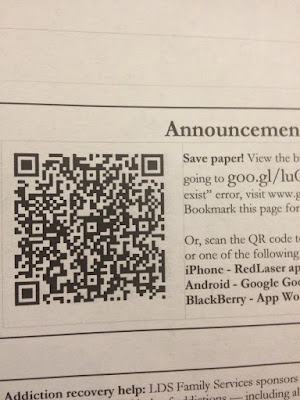 Back to the work cafeteria for the week.  It's not a bad place to eat.  They even have their own sushi chef.

Monday night was girls' night out.  I started at Snapdragon with Damian, because he's still the best. 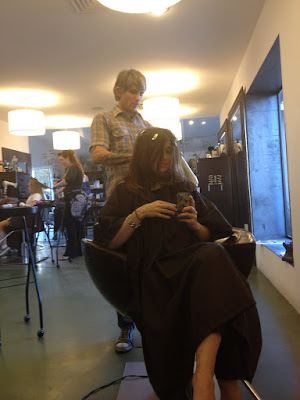 I got some nice highlights, which you can't really see here. 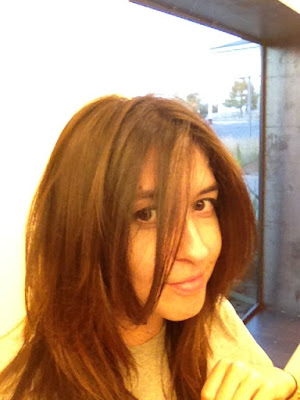 Chantal came in later to get her hair done - she needed a break from marching in the men.  Megs and I went shopping while Chantal finished up. 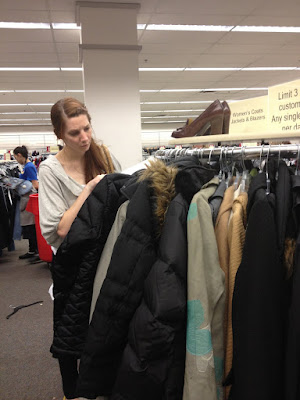 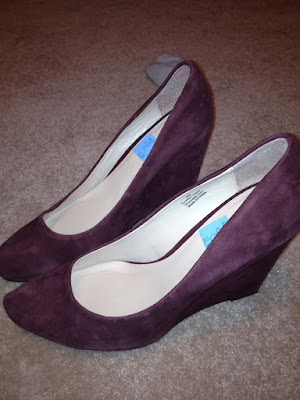 We got $39 massages (awesome).  We chowed a late dinner at Postino (Megs kept her Lent promise - she only chatted with us at the bar). Excuse our post-massage haze below. 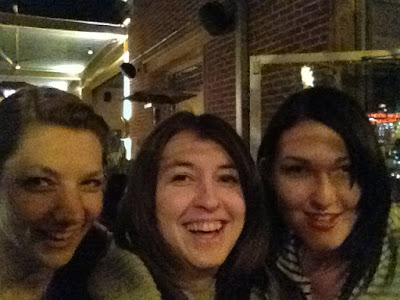 It was a lovely evening.  And it was only Monday!  I had several more days of goodness to go.

Tuesday night my boss had our work team over for dinner at her new house.  She made spaghetti with deer meatballs (her father-in-law got the deer over hunting season.  It was delicious, says the girl from Oklahoma), and we sat out on the patio and chatted for hours.  Not only do I love my job, I have a boss that can cook and invites me over!

Wednesday was trivia reunion.  We tried the scotch eggs - they were okay.  At least they were free, since we used our gift certificate from previous trivia winnings. 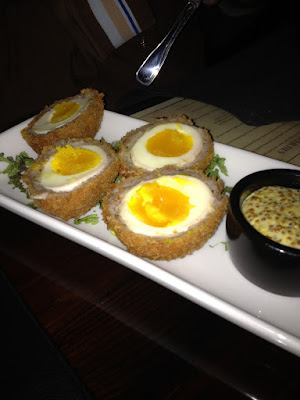 Thursday night was another crowning moment, and the other main reason I chose to travel back to Phoenix this week.

A band I had not yet seen, despite my concert obsession and willingness to travel to see bands.  Me and this band had just never aligned.  But here I was, with my musical Phoenix friends who grabbed me a ticket months ago.

Of course we had to drive to a strip mall in the suburbs to see them.  Oh, Phoenix.  I mean, Glendale. 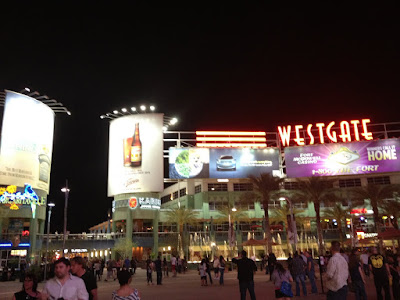 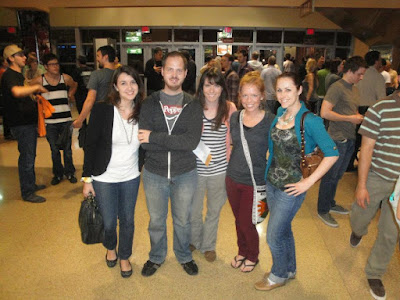 Other Lives, a band from Oklahoma, opened.  I approved, though I didn't hear their whole set.

Finally, Thom and company came out.  I  knew halfway through the first track (Bloom) that I would have to seek them out again in a smaller venue. They are genius.  Sadly, iPhone only photos here.  I wish I'd taken my other camera. 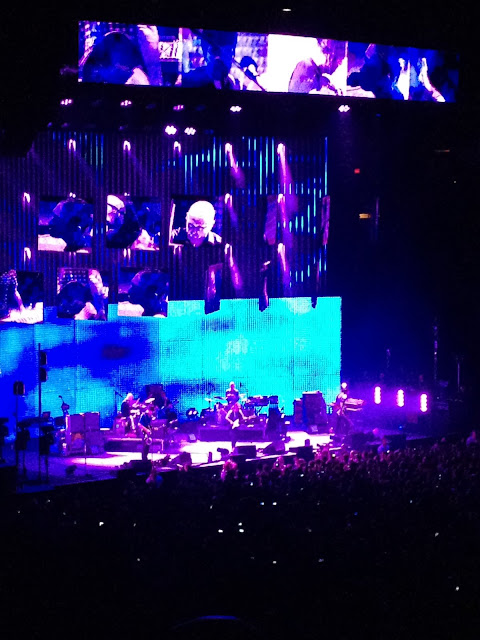 I remember a friend telling me that when he saw Radiohead a few years ago, that they were just tight.  And throughout the show, I started to understand what he meant.  Every complicated rhythm line, every layer, every note, every instrument, came through very clearly.  I was afraid that the large venue (a hockey arena) would cause some of the sound to get messy, but it was crystal clear.  Their technical skills are ridiculous.

I'm glad they played Weird Fishes.  And my favorite from Kid A, How to Disappear Completely. 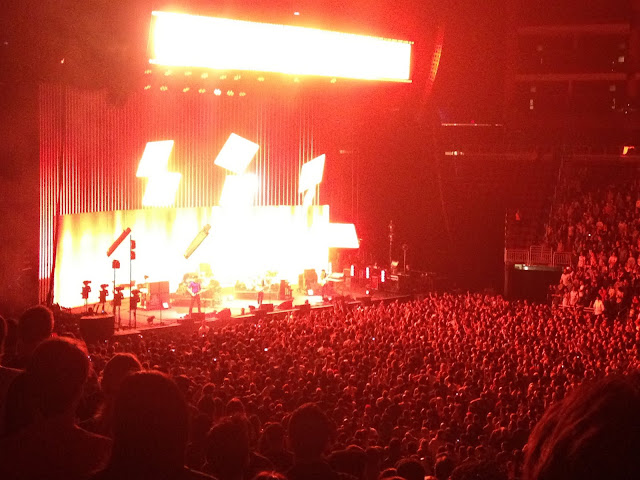 Paranoid Android at the end was just ridiculous.

I wonder what they think about playing in Glendale, AZ, on the edge of the wilderness.  The Phoenix metro area is just such a weird place.  Amazing show.  I must reunite with them again soon.  Preferably not in an arena of any sort. 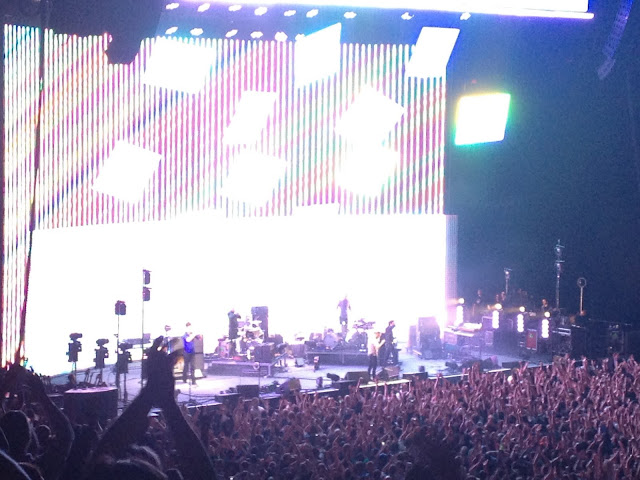 Aftwards, it was late night Sonic time.  Their ice cream has crack in it. 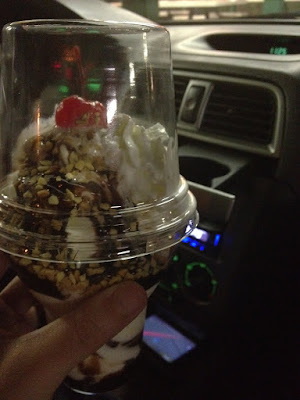 The next morning I said adios to my grandparents, went into the office for a bit, and drove home later that afternoon. 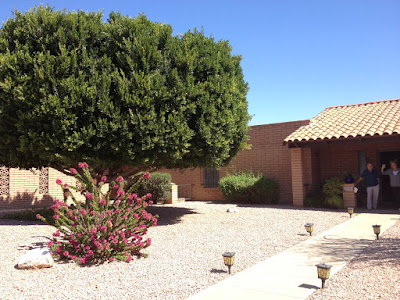 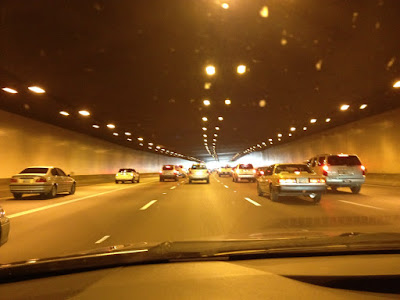 Hello again, wilderness.  Whoops, my windows need to be cleaned. 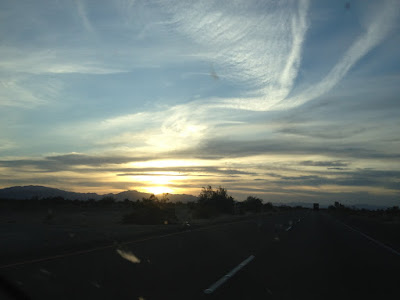 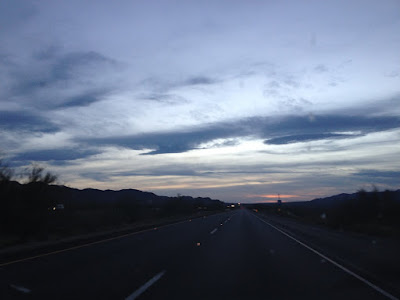 I couldn't have parked any closer to that pole when I got home.  I'm that good. 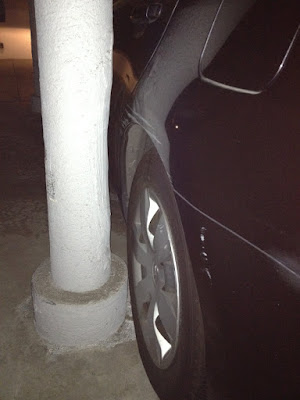