Last weekend I went to Happy Valley for the happy wedding of my happy best friend, Erin, and her happy groom, Todd. I really looked forward to this trip, because - yay weddings, yay hanging out with my little bro, and yay for for lots of friends being around while I was there. I was actually surprised at how many people I knew in Utah this trip. Being Mormon, it seems natural to have Utah ties, but I've always lived in places with close to zero LDS popluations, went to a Catholic university, and don't have any family in Utah. It was nice to know people there for a change. 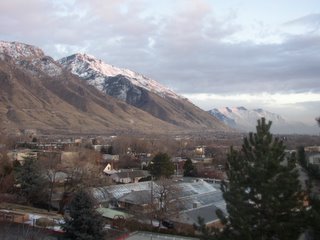 Every time I go to Utah (which isn't often), I'm always floored by the greatness of the mountatins. Every time I step outside I'm in awe. They're beautiful, especially after a night snowfall. Erin has them right in her backyard. I had my camera out while driving down the road attempting to capture them, but sadly driving and photography don't really go together. 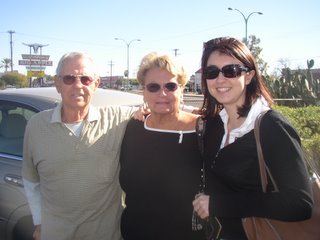 I headed West on Thursday morning and was able to schedule a 4 hour layover in Phoenix so I could have lunch with my grandparents. I don't get to see them nearly enough, so I'm glad for even just a couple of hours. My grandpa joked that he was going to take me out for any ole burger and fries, but of course we went to my favorite Mexican place in Mesa. :-) I feel deep sympathy for those DCers that think Cactus Cantina and Lauriol Plaza are amazing. Two of my cousins, two of my aunts and an uncle also made an appearance at lunch. It was super fun - I miss being around the AZ crew.

So yes, wedding. I'm glad I got to meet Todd last August, so I could have enough time to do a thorough approval check on him before letting him marry Erin. He passed with flying colors - they're two peas in a pod. He definitely gets her weird humor and spontaneous dance parties. He'll be fun to have around. Our little Hoya girl trio was reunited, since Crystal and Rich came out from NC. Erin, Crystal and I decided a long time ago that we'd do vacation together once we got settled in life. Looks like I'd better get a move on.... 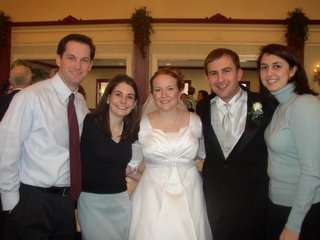 I spent most of my non-wedding time in Provo with my brother. This is the first time we've gotten to hang out (outside of being home in Oklahoma) since he got back from El Salvador. I'm interested to see how close my brothers and I remain as we get older and start our own lives. They're both pretty cool. For now Taylor's at BYU, still trying to figure out the college thing, and probably stressing more than he needs to. He claims to have few friends and no dating life, but all the girls I met seem to prove quite the contrary. I went to church with him on Sunday, when he "rocked the suspenders," according to every single person there. I was greeted with, "Oooh, you're Taylor's sister?" by more females than I can remember. 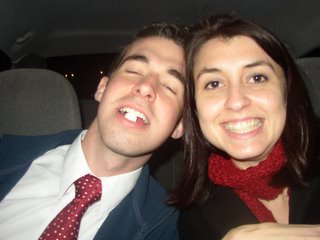 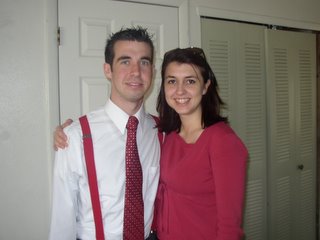 Trippy thing about Utah - kids everywhere. After never being around children in DC, the jolting cries of them in restaurants, shopping centers, and neighborhoods stood out. Moms my age or younger, toting 3-4 kids around Wal-mart. How do they do it? I'm not ready for that life just yet.

Gotta be way more cautitious about checking the left hand in Utah too. Everyone, even freshmen at BYU, is married or almost married. I was glad to get back to DC where the average age of marriage is more like 30. Whew. I did manage to get swap numbers with one guy though, after 20 minutes of highway flirting on 1-15. Fun for the experience, even though he's not gonna make the cut. Sorry, man.

Other fun Utah things: meeting an internet friend in person for the first time (really, don't think I'm weird), breakfast with a Gtown friend on my last morning in Utah, and dinner with an old friend from DC who now lives in Utah. As my mom said, I definitely make the most of every moment. I wouldn't have it any other way.
- January 14, 2006